The Big Onion and I both have "real" jobs that take us away from the farm during the day most days. The shorter days of winter often result in us not seeing our animals in the daylight for good stretches of time. Usually this is not a big deal, but on my first day off after a string of work days I saw this out in the field ... 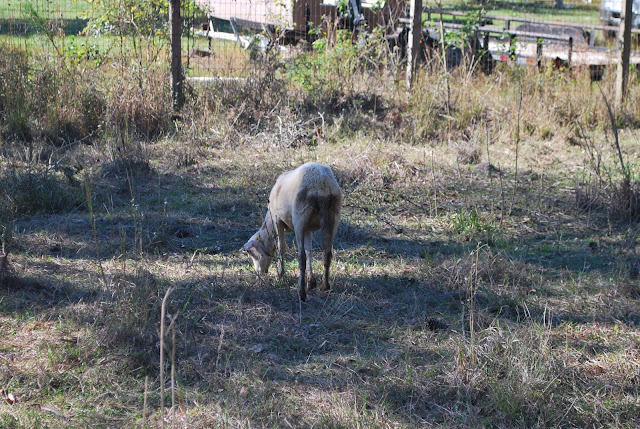 Obvious evidence that Daisy, one of our younger ewes, had been having diarrhea. Not only did she have a dirty rear, but the she looked like she had melted. In the space of just a few days, all the weight had fallen right off her frame. Even her face looked boney and she was extremely weak. I gave her a B comp shot, a mouthful of probiotics, and got on the phone with the vet right away.

The vet suggested we run a fecal to find out exactly what was causing the diarrhea. I won't go into too much detail about how one acquires a fecal sample from a sheep. Suffice it to say gloves were involved.

The sample came back positive for coccidia and had surprisingly few worms. The vet suggested we start her on a regimin of antibiotics, propylene glycol,  and give her a dose of wormer, but he warned me that as weak as she was I shouldn't get my hopes of of saving her. They always said in vet school that "sheep are born lookin' for a place to die."

What follows was a harrowing few days of drenching this poor weak sheep with antibiotics, probiotics, vitamins, electrolytes and the propylene glycol. I also gave her double rations of grain to try and bring her weight up. I even made up a little song to the tune of Daisy Bell to try and keep both our sprits up and would sing to her while shoving various liquids down her throat...

Daisy, Daisy, you have got runny poo

I was hopeful, but tried to steel myself every time I went out into the fields to find that all our efforts had failed. Through the whole thing, she remained bright eyed and eager to gobble down any extra rations sent her way. 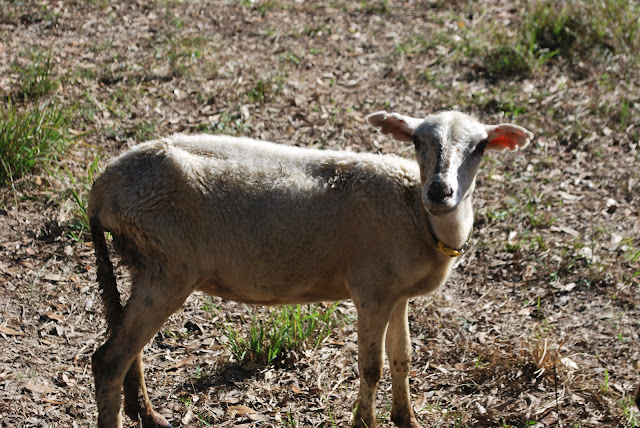 It has now been a couple weeks since we first discovered the diarrhea, and I'm happy to report that Ms. Daisy is still with us. Unfortunately, she doesn't seem to be putting on much weight, but at least she is feeling a lot stronger and is back to making pellets instead of cow pies.
Posted by Kaela at 8:54 AM 0 comments

I know a lot of folks out there are getting hit with their first snow of the season this week. All these pictures of snow covered fields makes me very thankful for our southern climate. Yesterday, we got (probably) the closest thing we will see to white fields. 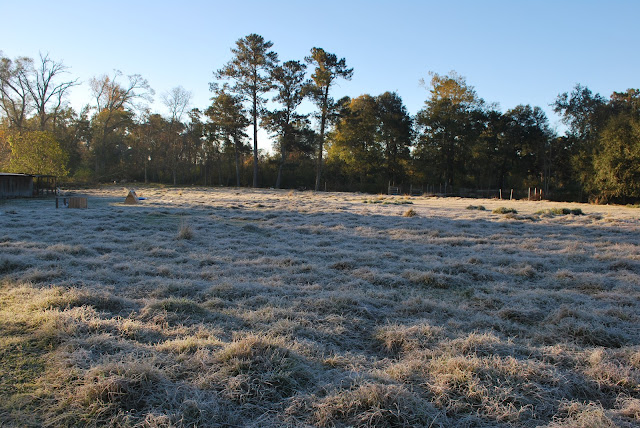 This doesn't happen very often for us, so of course I had to pull out the camera for some shots of the icy grass before the morning sun came out and melted it all away. 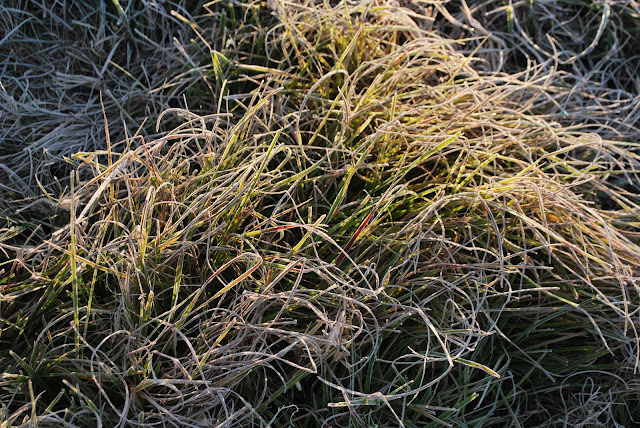 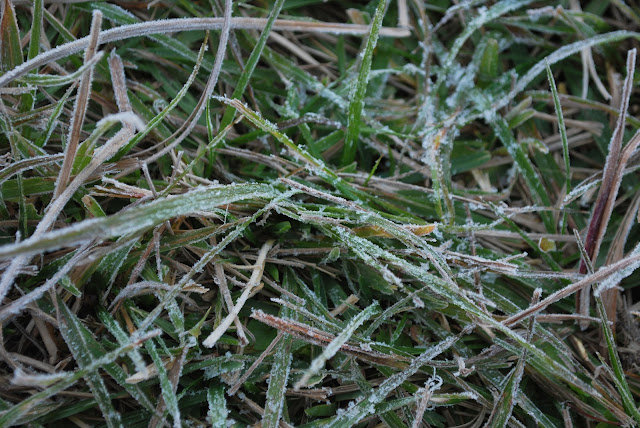 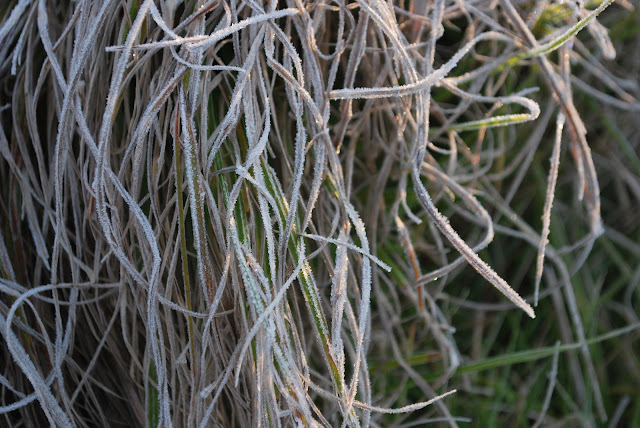 I was a little concerned about how all the animals weathered the cold night when I looked up to see this chubby monkey running up to greet me... 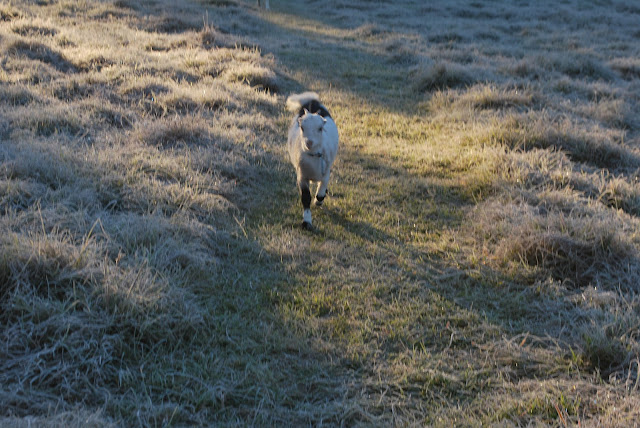 Everyone was fine. Even the rabbit babies that were just born on Thanksgiving day were snuggled up in their nest boxes covered in their mother's fur.

I apologize for the lack of posts lately, but we have been a little crazy processing and delivering turkeys for Thanksgiving. Thanks again to everyone who supported us and had a HighTail Farms turkey on their Thanksgiving table! The responses we have gotten so far have all been very positive.

I'm actually working on a post right now that gives a detailed step by step of how we process our birds so stay tuned!
Posted by Kaela at 8:27 AM 0 comments

Gwen and her Nanny

No time to make a real post, but I thought I'd share this cute little series of pics of Gwen and her Auntie Thea. These guys are the first of the farm animals to greet me in the morning. My first chore of the day is always to collect these two from their pen off the side of the backyard and escort them to the milk stand for breakfast.

I have to say, it's a pretty great way to start the day. 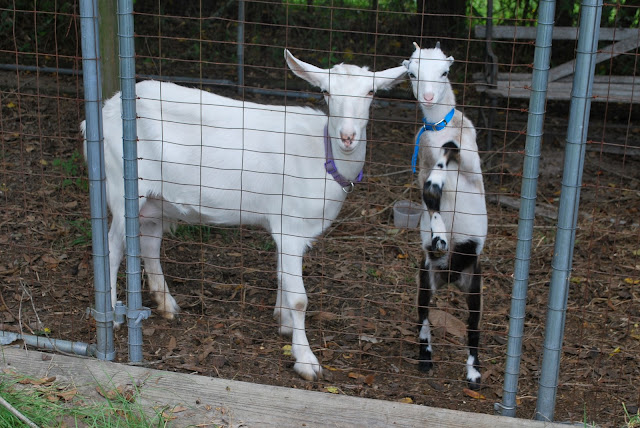 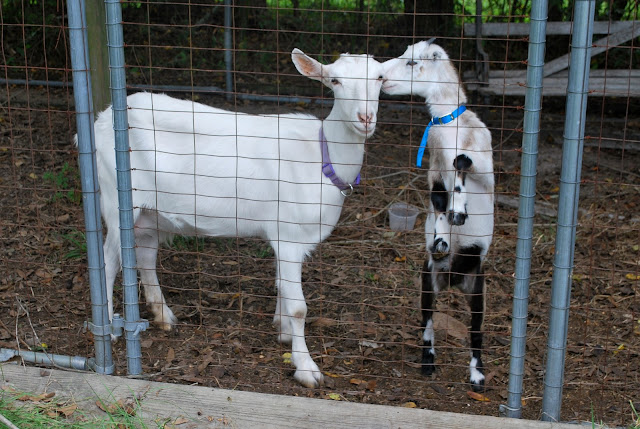 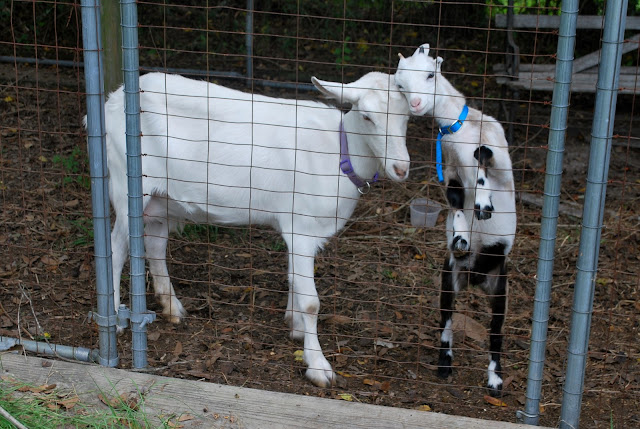 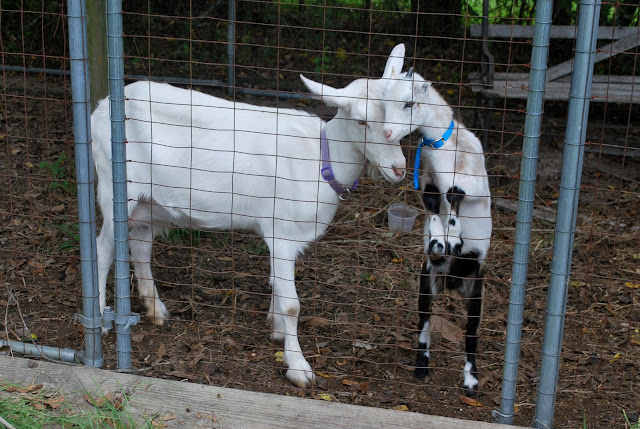