This morning I had to put down a chicken.

I'd seen this big white rock hen slowing down the last few days. There was just something not right about her. She was moving a little slow. Her backside was a bit dirty. I decided to wait it out. Everyone feels under the weather now and then.

This morning I found her laying on the floor of the pen. She was laying in the hot sun with her beak in the dirt. I thought she was dead, but when I went to collect the body, she blinked. Not dead, but close and probably suffering. I gathered her up and put her in the shade and coolness of the poultry house until I finished caring for everyone else. 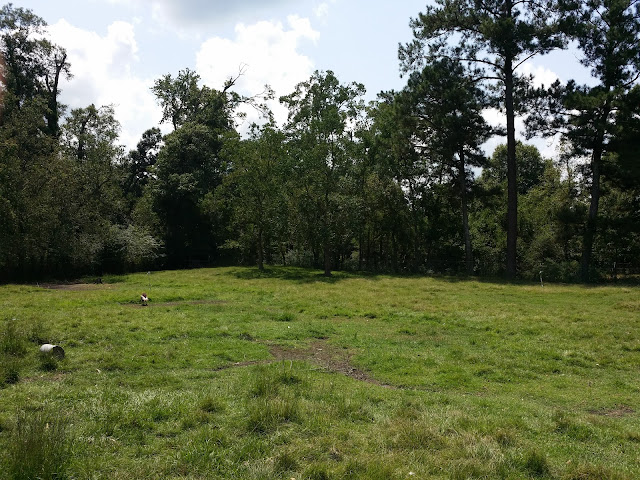 When I went back to her, she had not moved. It was obvious what had to be done. I took her out to the corner of the pasture away from the other birds. We went up on the hill in the shade of a couple chinese tallow trees. The dogs stayed nearby, watching. I ended her suffering as quickly as possible.

Once she was gone, I did a quick necropsy in the field to confirm what I had suspected. Another internal layer. When chickens who have been bred for heavy egg production get older, they sometimes stop laying eggs, but instead start building up egg material in their oviducts. It is almost impossible to tell that this is happening until it is too late.

We've seen this a few times with our hens and every time I try to find a cause. Something we can do to prevent this from happening to our other girls, but all I read is that this is just something that happens with older hens.

Many places will replace their laying hens yearly since after the first year a hen's egg production will drop a great deal. Maybe this is something we will eventually have to do. Right now we have some hens out there from over 3 years ago when we first bought the farm. I like to think that the older ladies are living out their retirement here. Maybe that will have to change if this is the way we lose them. At least if we process them ourselves they can become food for people and the dogs.

I put that white rock hen's body out by the creek for the turtles and the possums to have. At least she didn't go to waste completely.
Posted by Kaela at 12:58 PM 1 comments