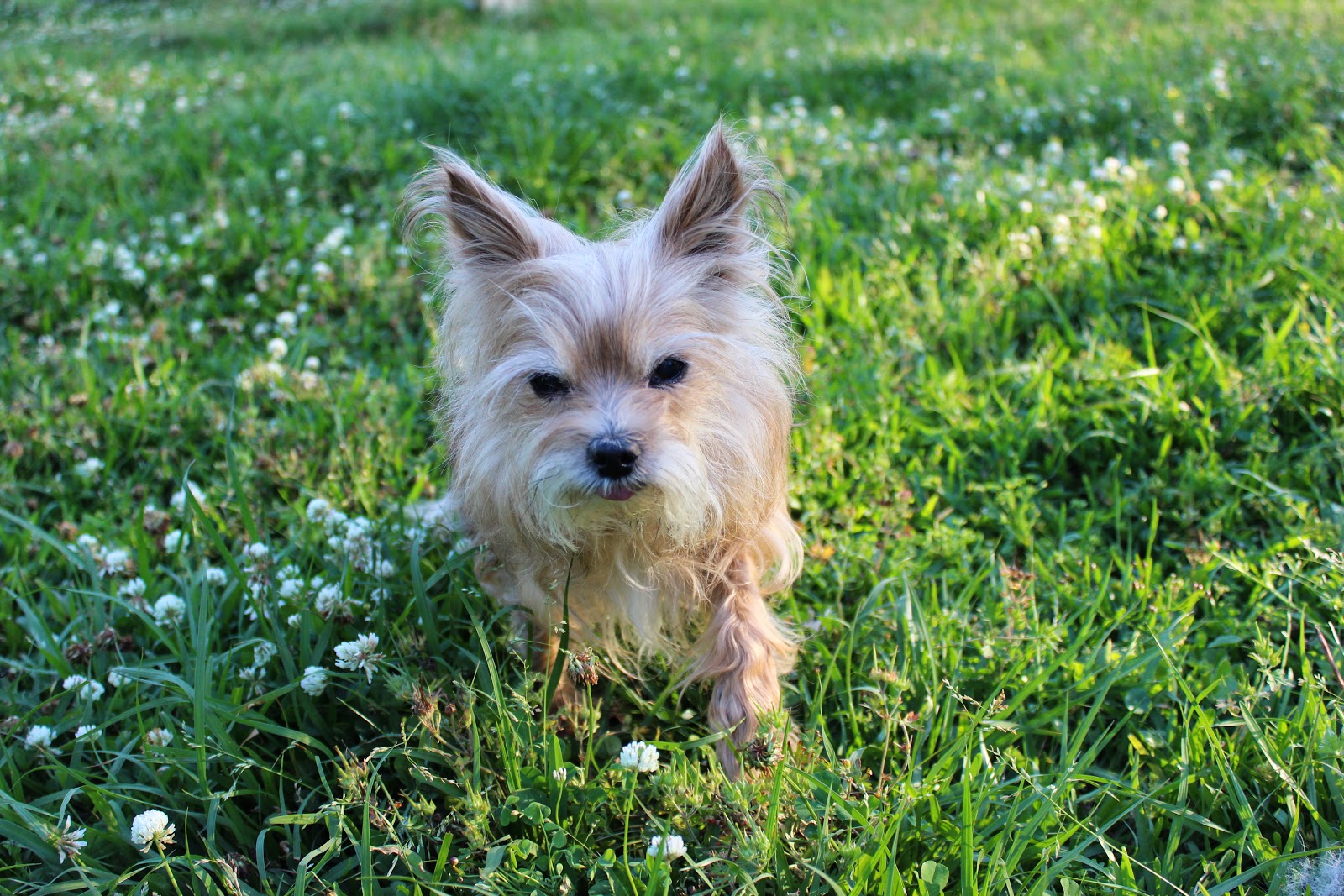 Yesterday Ajah, my little yorkie, turned 14. She was my first dog, my princess, and the whole reason I got into dog training in the first place. I thought I would take this opportunity to let the people who know her know what has been happening with her.

A few years ago, we found out Ajah has a really bad liver. We were able to keep her active and very healthy with a combination of diet and supplements. She was a happy, crazy dog who no one even guessed was in her senior years. Then about 6 months ago, our cats got into the pantry and knocked down a bunch of dried meat treats that Ajah unfortunately got into. All that protein overloaded the little dog's system and she ended up having a series of what we can only assume were strokes. At first she just seemed off balance and drunk, but still mostly there mentally. 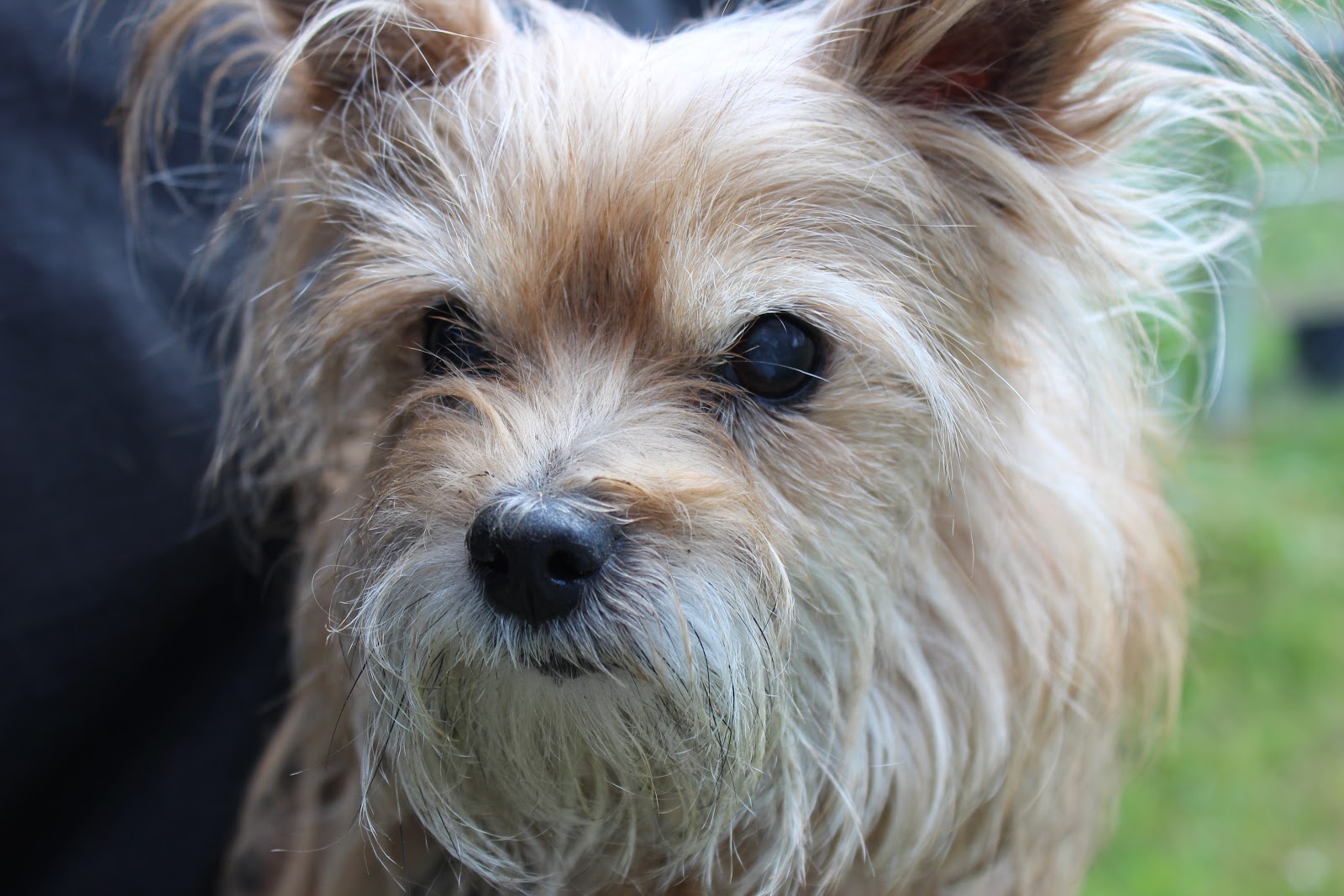 Then there was a period that she was so out of it that we had to keep her confined to a small fenced off area in the house for her own safety. She would get lost behind furniture and couldn't even figure out how to feed herself. We seriously considered putting her down, but in a matter of a few days she started improving.

These days she is a shell of her old self. When she was younger, she was literally the smartest dog I ever met. She could communicate her feelings and desires like no other. She figured out tricks and other training so fast that she taught me how to teach. Now she does not seem to know where she is most of the time. She does respond if you call her name, but often will head in the wrong direction. She tends to eliminate wherever she feels like going, and we just keep a mop bucket around to clean up after her. 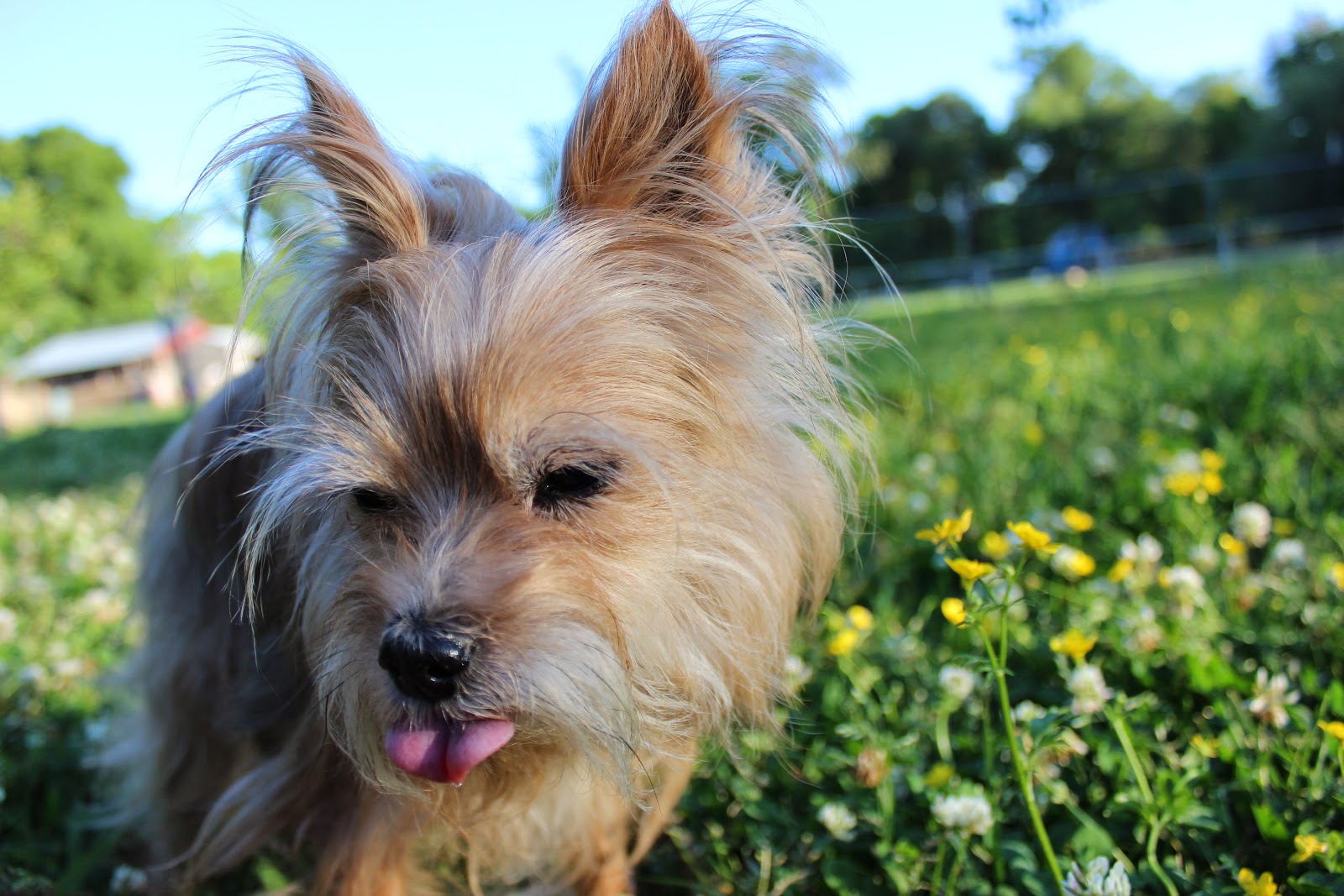 She does love her meals. When she was so bad off, I told her that if she wasn't eating I would know that she did not want to be around anymore. Since that day she eats like it is her job. She even goes to the kitchen and sleeps near her food bowl when it gets near mealtime most days. She is very mobile, able to get up and walk around without much trouble, but mostly she sleeps a lot. She doesn't like to be touched much, and even going outside to potty can be overwhelming at times. 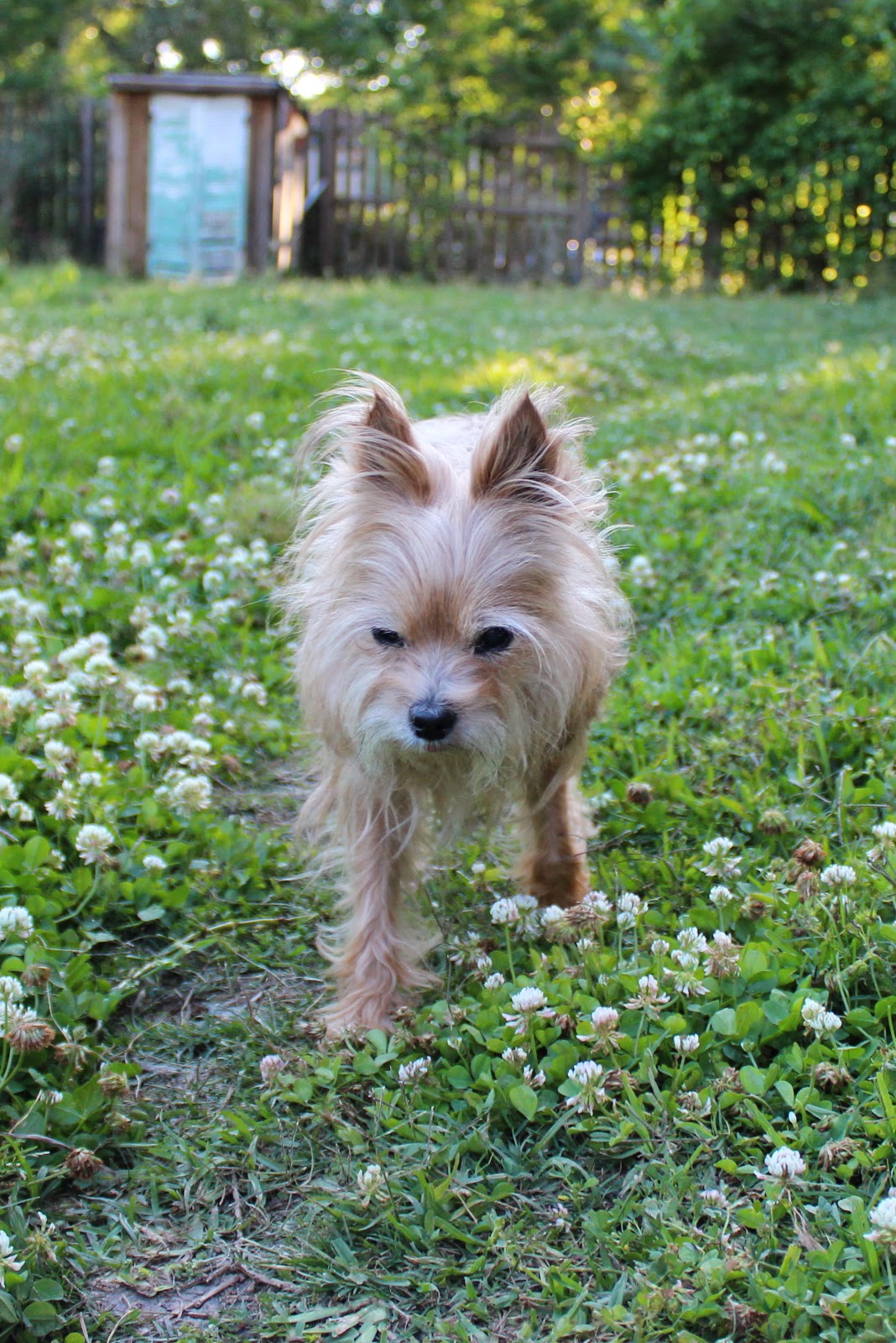 I did not think this is what her last years would look like. I thought we'd see the typical end to a liver dog of refusal of food, organ failure, seizures or maybe her bad back would cause her to lose mobility. I never thought this bright little light of my life would end up so dull. What breaks my heart is that I keep trying to write about her in the past tense. The sweet and sassy little princess I knew is gone. Now we just do our best to make sure she is comfortable and as happy as she can be until the time comes to say goodbye. 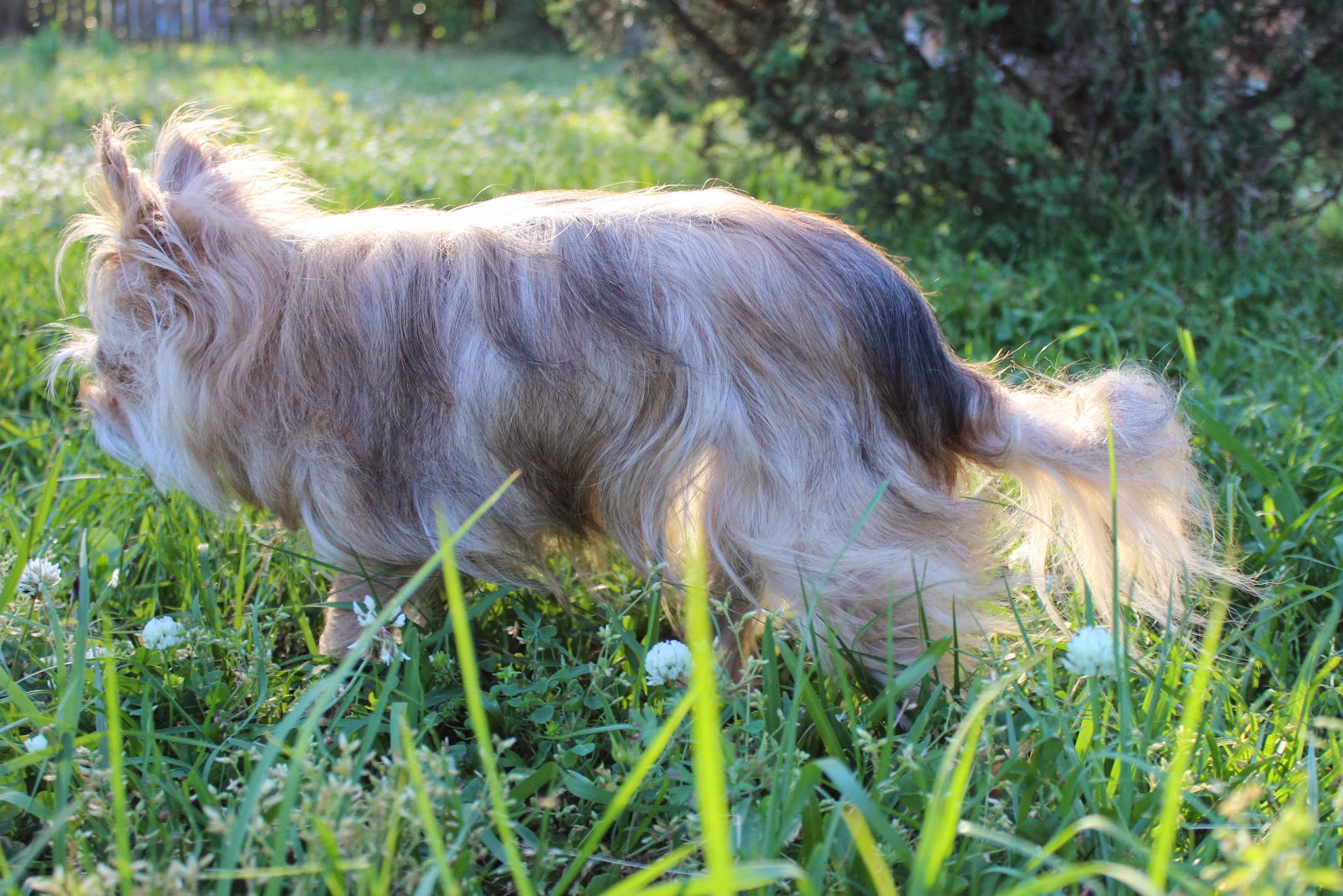 Email ThisBlogThis!Share to TwitterShare to FacebookShare to Pinterest
Labels: ajah