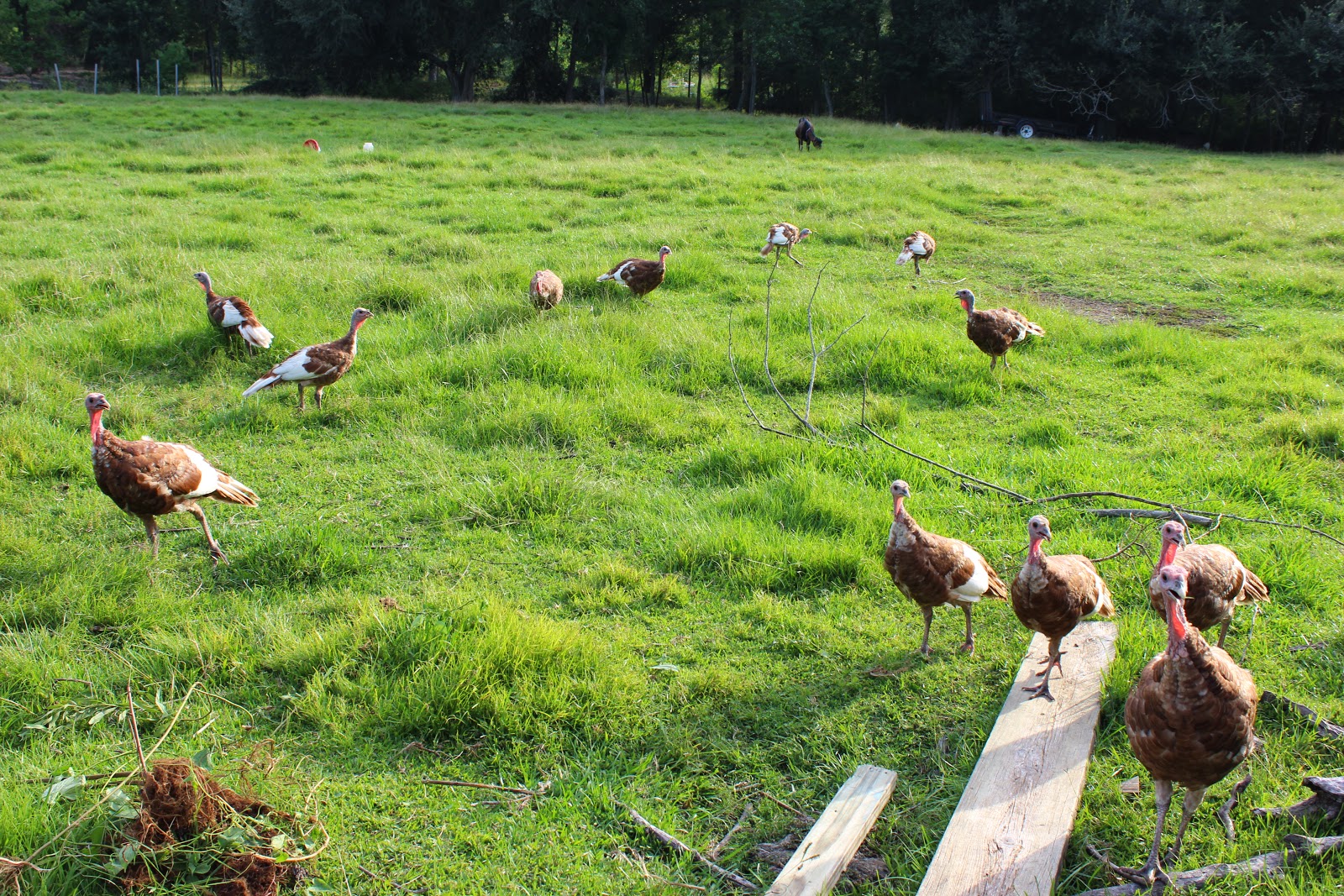 The Bourbon Red Turkeys that we hatched this year are now old enough and pen trained enough to run loose with the rest of the flock. 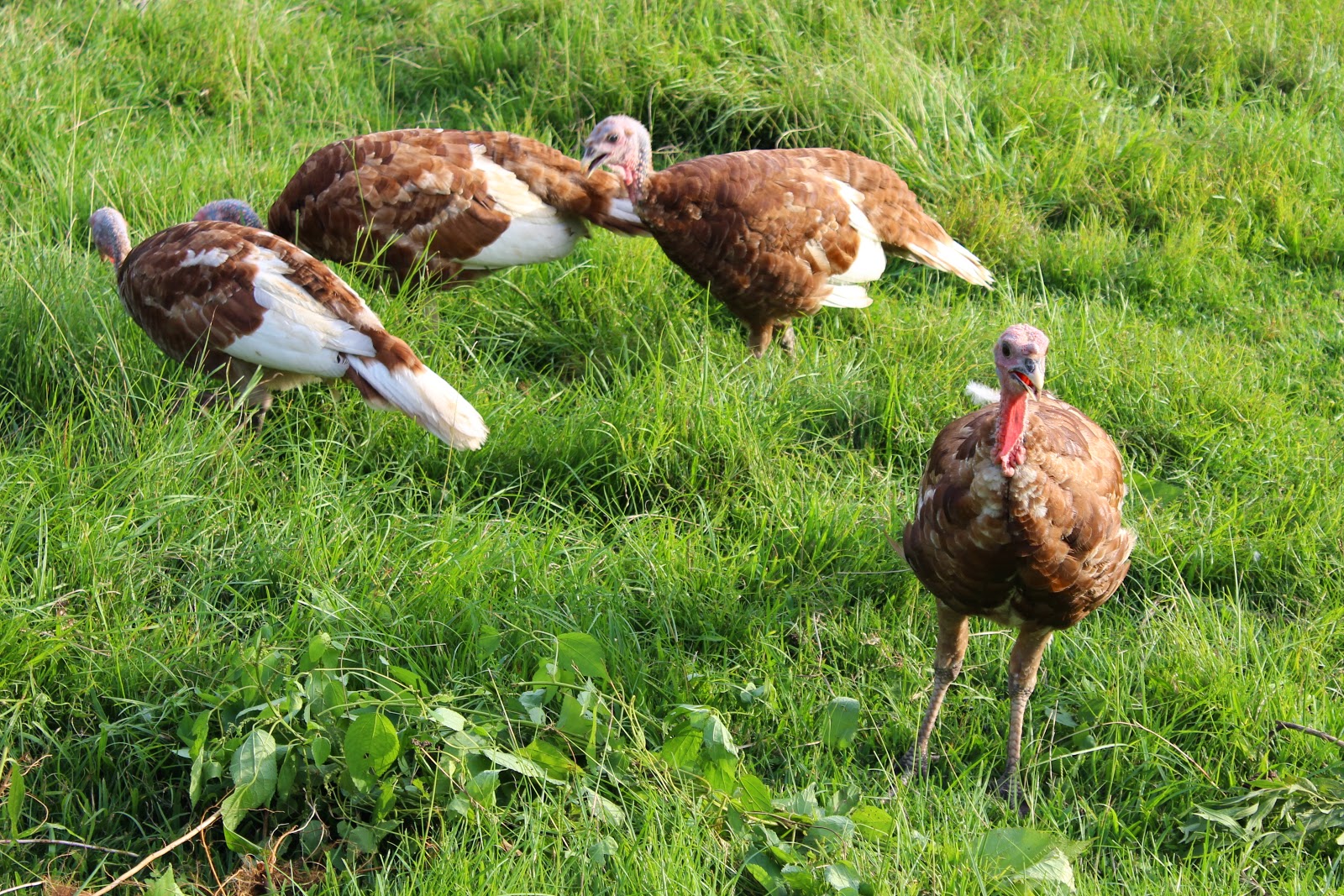 Big Onion had to go out of town recently, and in the process of doing chores alone one evening I didn't realize that some of this group had not gone into their pen for the night.

It wasn't until the next morning when I found a loose turkey trying to get back into the pen with the rest of the group that I realized something wasn't right. One more was pacing and calling from the other side of the fence by the creek. It was in retrieving that bird that I found the mostly eaten carcass of one of the bourbon reds. Rialey found a second dead bird in the tall grass of the pasture. That evening we found the skeletal remains of a third bird floating in the creek. The only thing left on that bird was the wing feathers which I spotted floating under the bridge. It was very creepy looking. 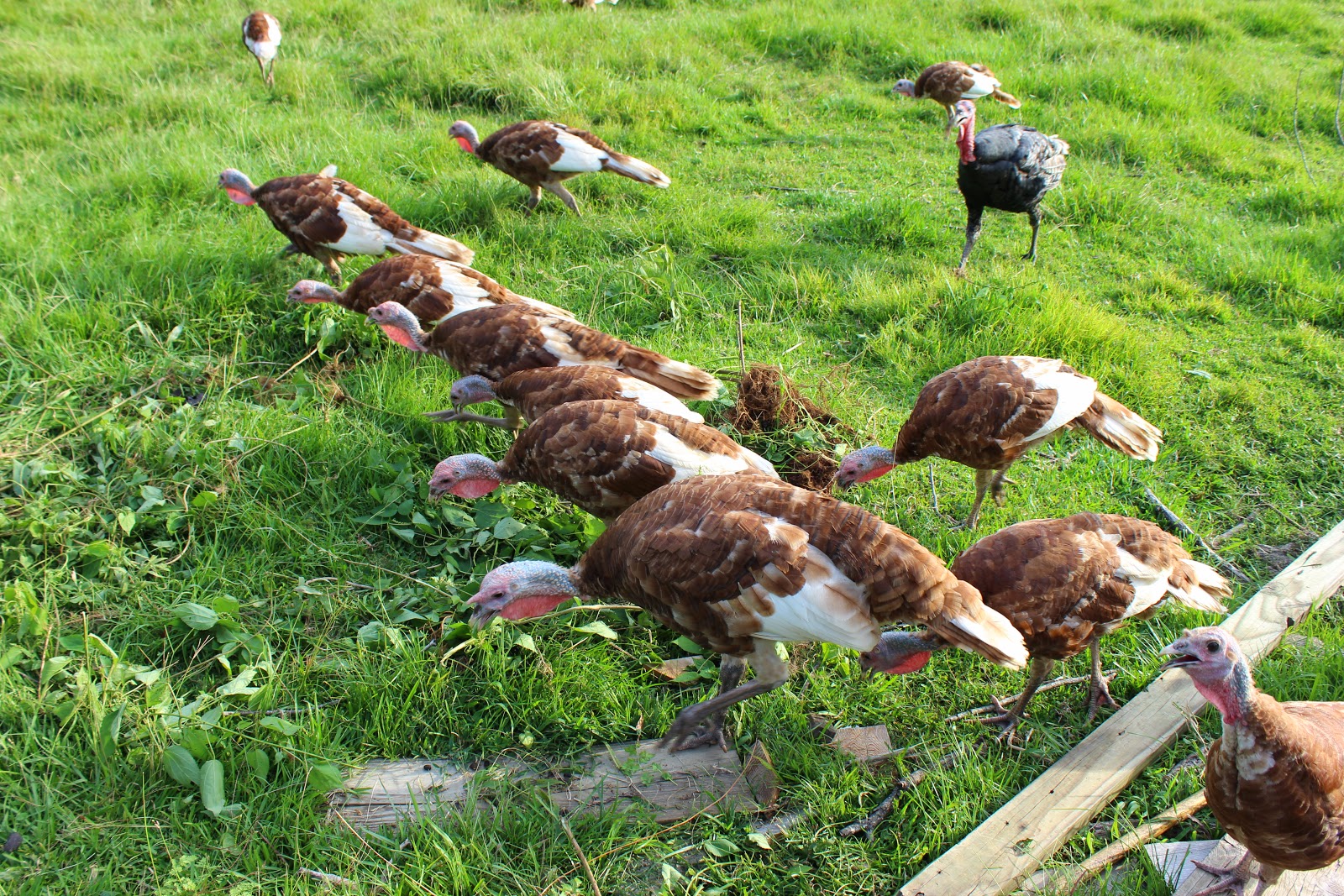 I'm pretty sure what happened was that a group of these turkeys had flown over the pasture fence then could not find their way back before dark. The turkeys are very good at doing this. They have the sense to fly over one way but are dead set at walking back the way they came. You find a turkey just pacing back and forth, back and forth, calling and staring through the fencing. They are not the smartest of birds.

This incident coupled with the fact that I actually saw some of the birds flying up and hanging out 30-40 feet up in our pine trees during the day made us decide it was time to clip some turkey wings! 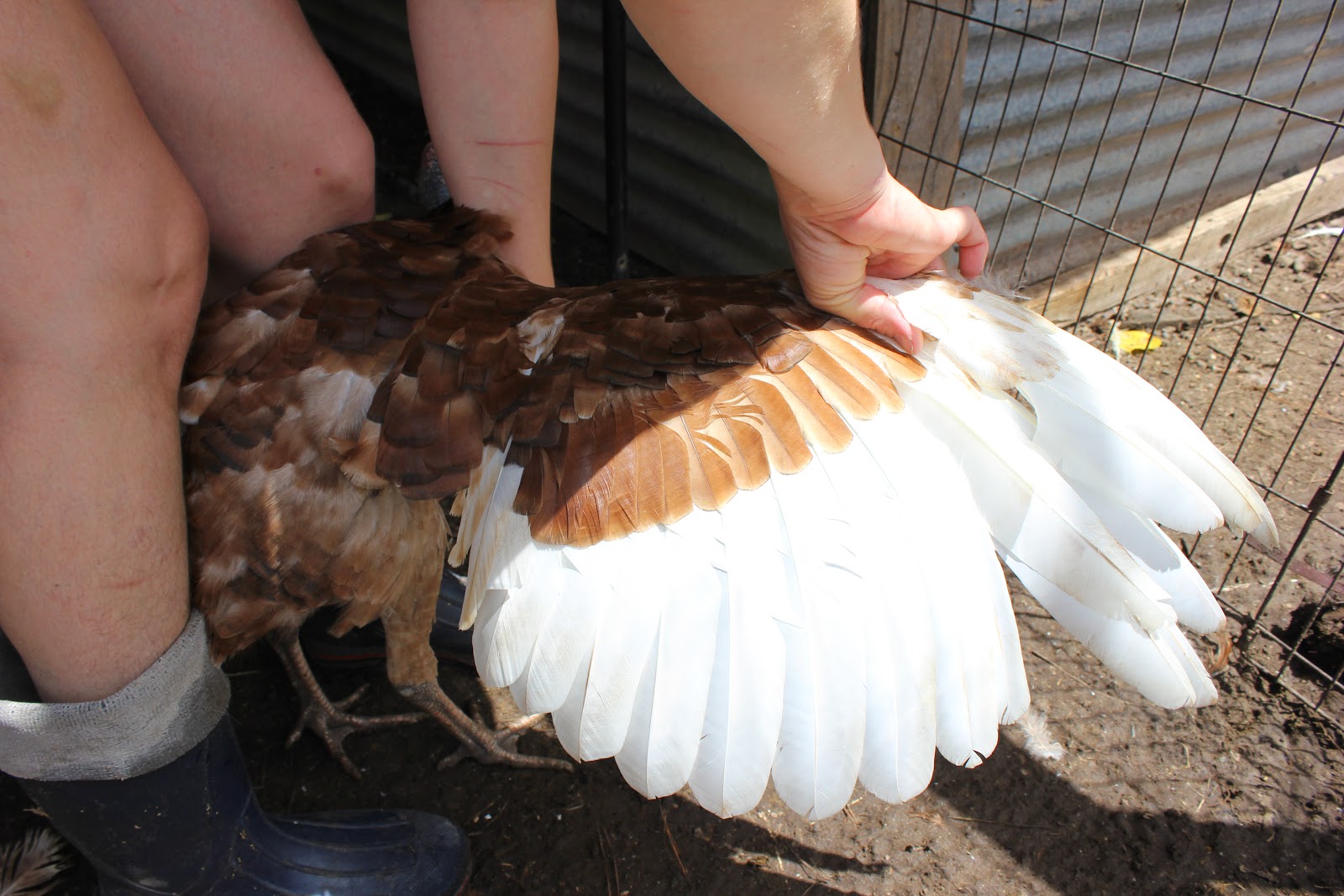 We used a sturdy pair of Fiskars kitchen shears, and I held while Big Onion did the clipping. It was easier to keep the turkeys on the ground and just brace them against my legs. Unless you flip them upside down, suspended turkeys tend to kick their legs a lot, and nobody enjoys a dirty turkey foot to the face. Trust me. 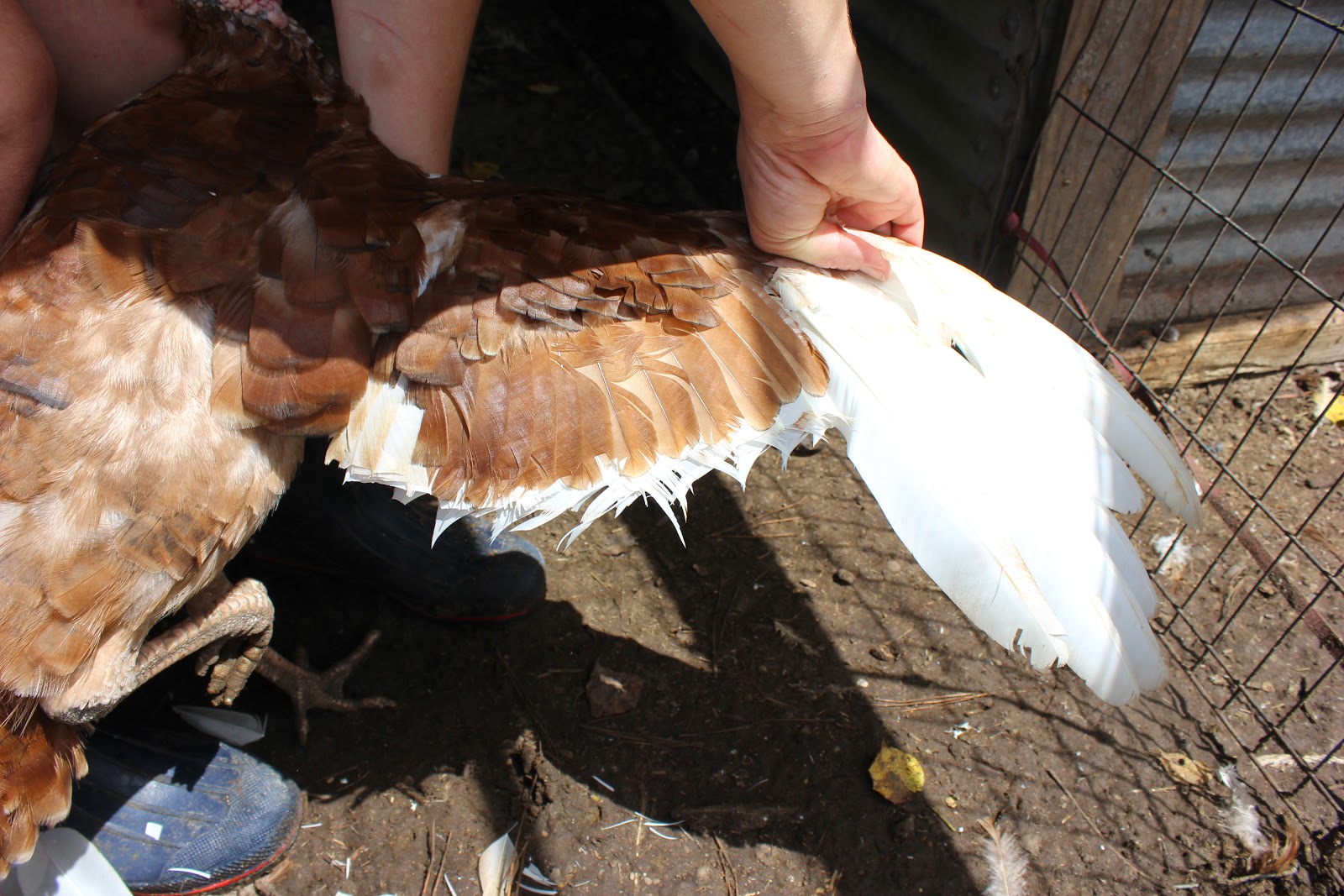 You want to only clip one wing. This way the bird is off balance and less likely to get enough air to get itself into trouble. Clipped like this, the birds can still hop up onto the perches in their pens. We like to leave the last few outside feathers for appearances. When folded against the body, it's almost impossible to tell their wings have been clipped. 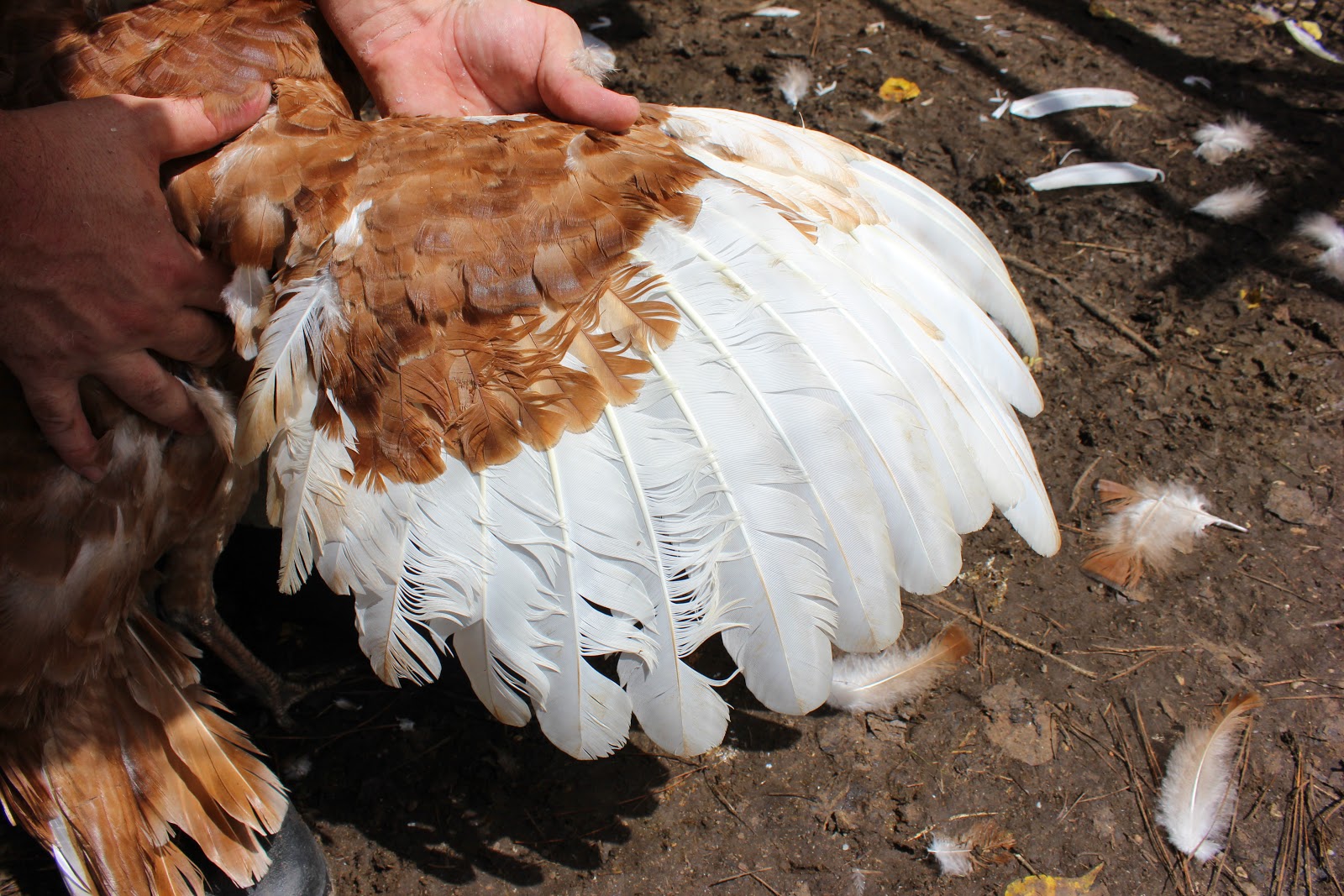 Here is another set of pictures with a different bird. 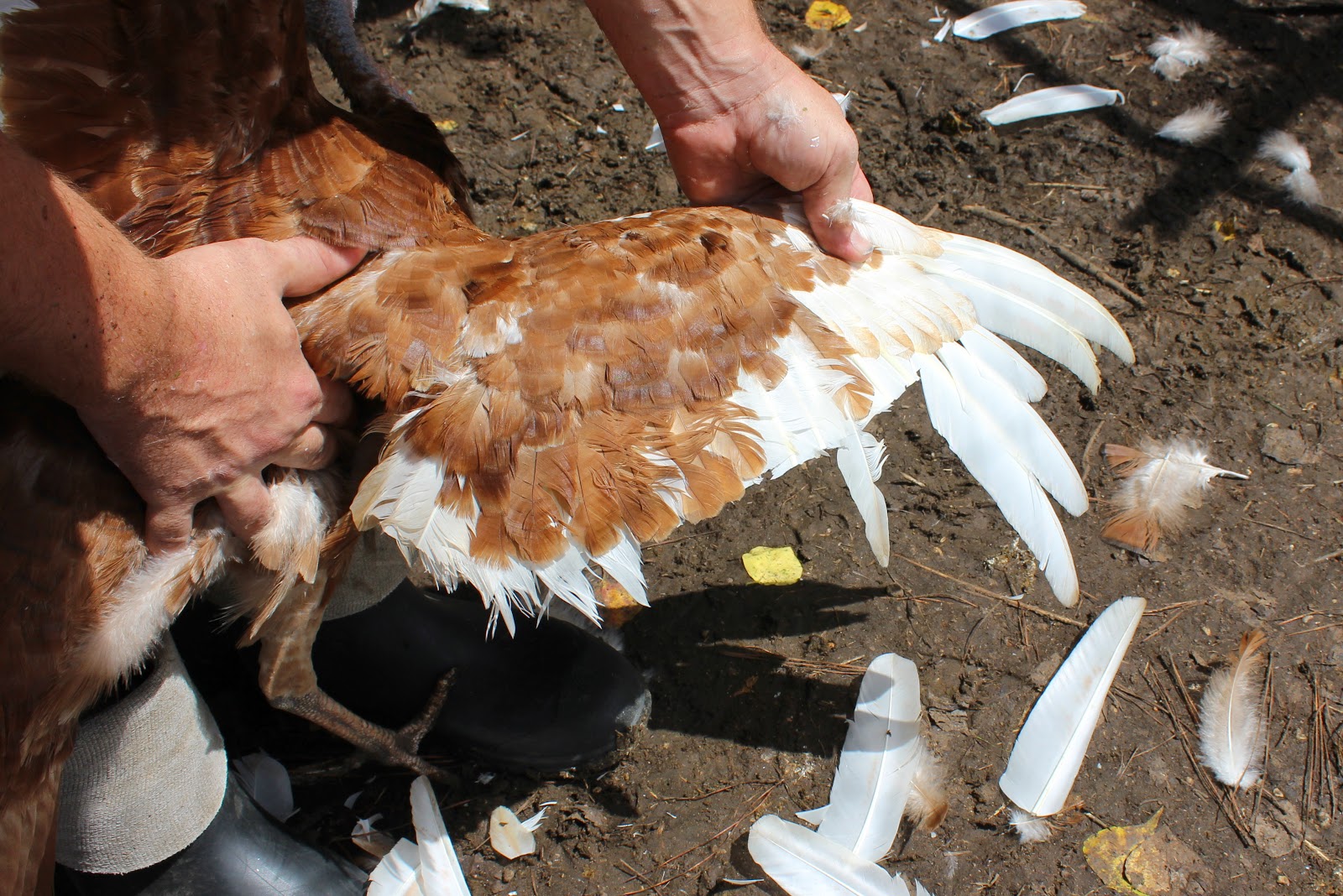 As you can see, we just clip those secondary feathers and leave the last 5-6 of the primaries. 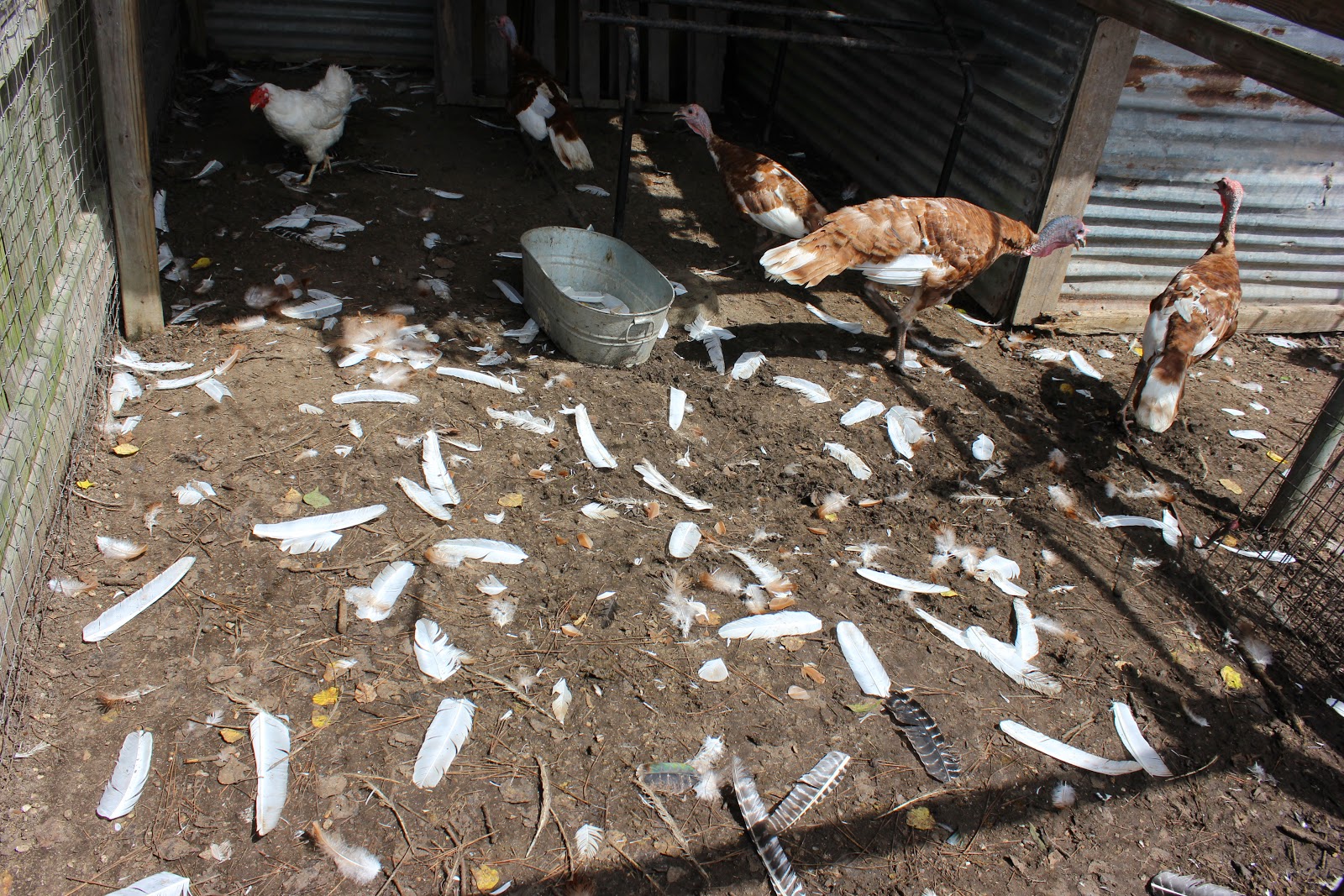 Since the clipping, we haven't seen any of the birds up in trees or on the wrong side of fences. Luckily it seems that only the teenaged turkeys need this done. None of the other birds having a penchant for getting themselves in trouble like the younger turkeys. 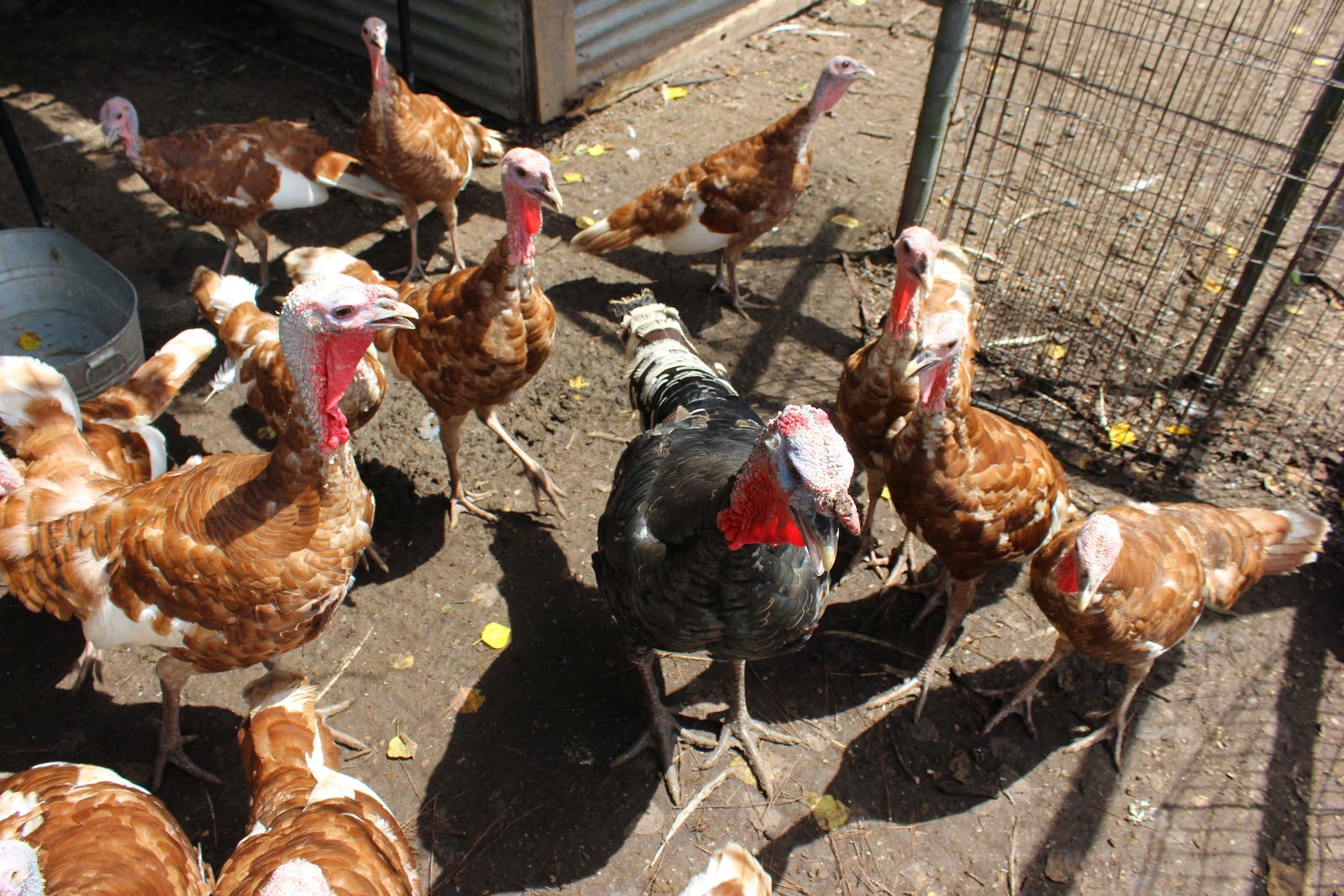