Close encounter of the serpentine

I was happily digging around in the garden this week, putting in some freshly sprouted pumpkin plants when I saw something moving in the grass by the fence line, just about 6 inches from where I was working. I took a closer look and saw the back half of a small snake.  Thinking it was another rat snake like the one I've been catching glimpses of for months, I pinned it with my trowel and carefully ran my hand up its body to grip it right behind the head. (I do have some snake handling experience.)

It wasn't til I lifted the snake out of the grass that I realized that what I had in my hands was not, in fact, a rat snake. It had a diamond shaped head and an upturned snout. I was holding 10" of venomous god-knows-what!

I just stood there in my garden for a minute trying to decide what to do. Put it down? No, there were way too many animals wandering nearby to release this potentially deadly thing. Kill it? With what?! If this thing bit me, I was home alone and kinda screwed. What to do? What to do??

I finally stopped spazzing out and carried it over to the poultry house where I found a big waterer that screwed shut. I tossed the thing in there and slapped on the lid! 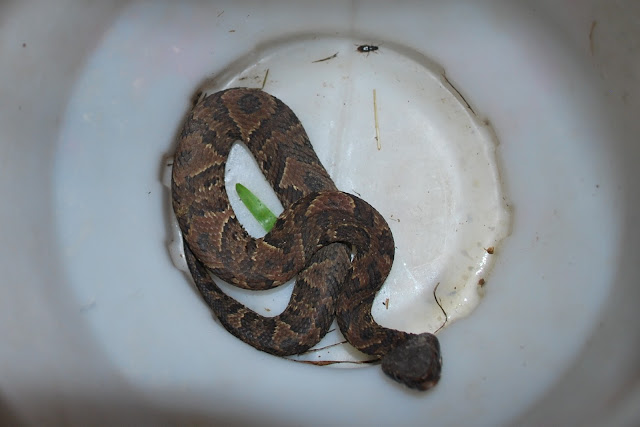 Just to be doubly safe I put it in one of the cages, locked the door, and waited for Big Onion to come home so that if I got bit at least there would be someone there to bring me to the hospital!

We did some research and decided that the snake was probably a cottonmouth and that the best course of action would be to dispatch it.

I rallied my courage and grabbed a pair of tongs and my trusty kitchen scissors. It wasn't long before Mr. Snake was no longer sharing the same address as his head. 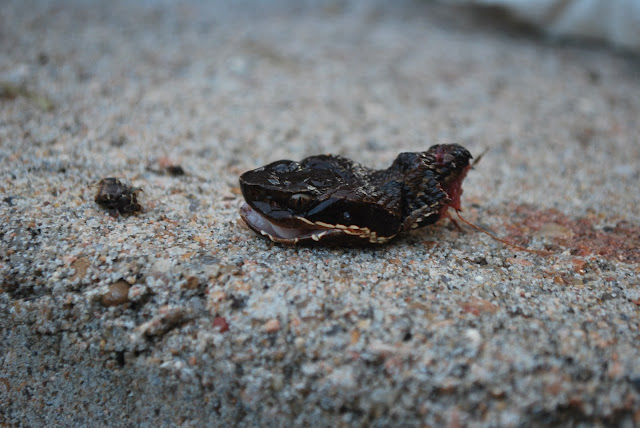 What really freaked me out was how long the dang thing kept moving after he was seperated from his body... 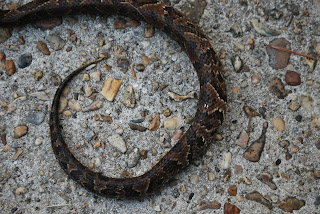 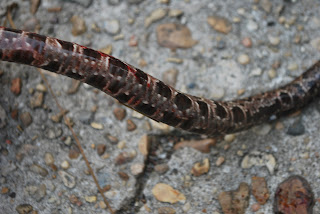 I left the body sitting out on the driveway and within 24 hours the ants had picked it totally clean. 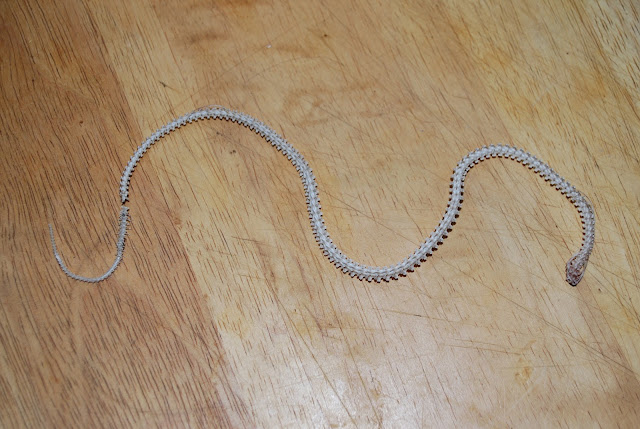