About a month ago we decided to toss a bunch of chicken and turkey eggs into the incubator. Unfortunately, we had a couple of problems with the power to the 'bator during incubation, and we only ended up with one little bourbon red turkey poult from the whole batch of eggs.

We set up the brooder and kept the little guy warm and well fed and watered, but the poor little thing just didn't seem happy. I tried putting in our trusty stuffed woot monkey in for company, but every time we checked on the little guy, he was just standing in the corner looking lonely.

I decided to steal one of the hen raised banty chicks that we have running around out back as a companion for the lonely little poult, but kept forgetting to grab one out from under Cynthia during evening chores. Well, Blaze, our barn cat, decided to help me remember one morning by trying to make a meal out of one of Cythia's young brood.

I had just finished milking when I heard the unmistakable sounds of a chick in distress moving at high speeds behind me. Thinking, there's no way a young chick could move that fast I followed the furious chirping to find Blaze under the milk stand with the little bird clutched in his mouth. Somehow I was able to grab up both animals in one swoop, bird in one hand, cat in other. I tucked the sodden, rumpled little bird into my pocket then had a talk with Blaze about how birds are friends not food and had't I JUST fed him breakfast and just how disappointed I was in his rude and ungrateful behavior! I'd like to say he skulked off with his tail between his legs, but let's be honest with ourselves, we are talking about a cat here. 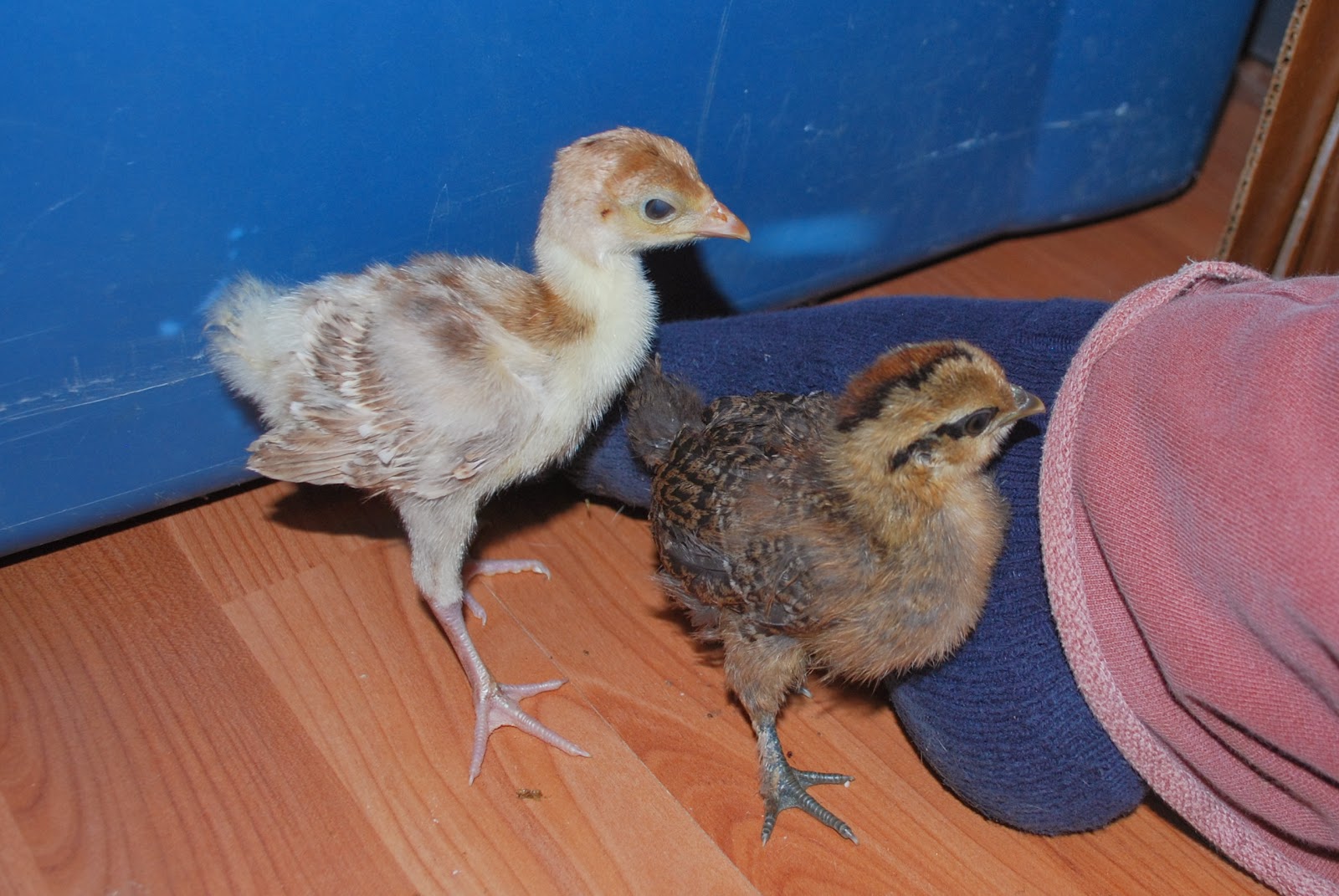 Anyway, the little chick was none the worse for his wild adventure in the feline jaws of death. 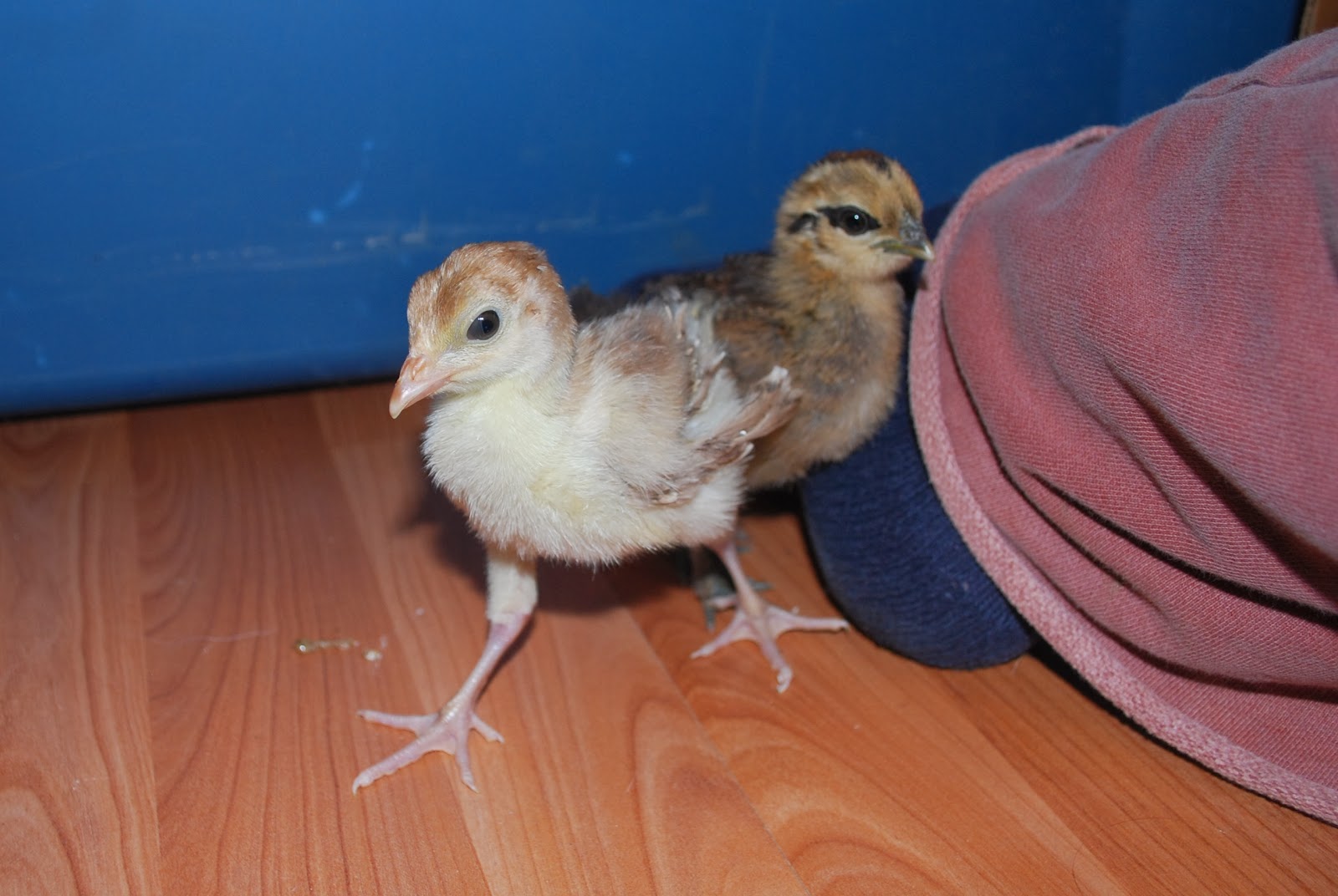 And now our little turkey poult has a friend to grow up with. At first, he was a little terrified of his brooder mate, but the two quickly warmed up to each other and now are fast friends. It's hard to predict what growing up with a chicken who probably will top out at about 3lbs max as a companion will do to this little turkey, but it should be interesting to watch!