Rialey is just over 10 months now, and she is shaping up to be a wonderful farm helper and companion. She does chores with us every day twice a day, and her early maturity and workability have been a godsend since Luna has had some recent (minor) medical issues that have kept her from being able to work on and off.

All that said, living with a 10 month old puppy with a huge work drive and an even bigger brain can sometimes be a challenge. I don't always have the time, the energy, or the creativity to give her all the exercise, training, and stimulation that she needs. Last weekend we decided to see if we could tire the pup out a bit by starting pulling training. 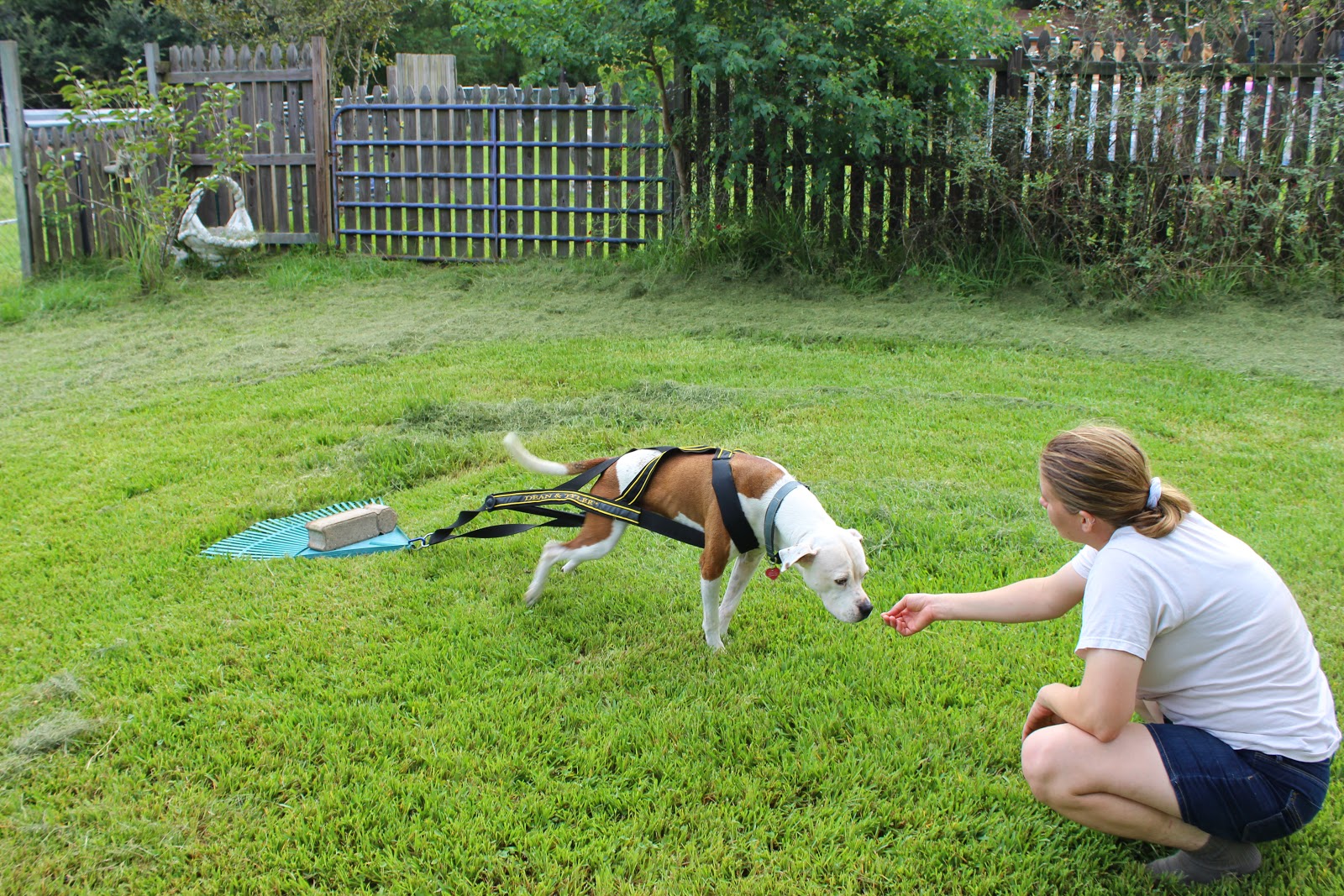 We received this wonderful, simple pulling harness for Barley as a wedding present from a dear friend. We put it on Barley first to show Rialey how it was done. We figured we could get the pups to help with a bit of yard work while we were at it by attaching an old broken rake to the harness.

Barley loves pulling in his harness, but he tired out quickly in the heat. Need to get that guy back into condition. 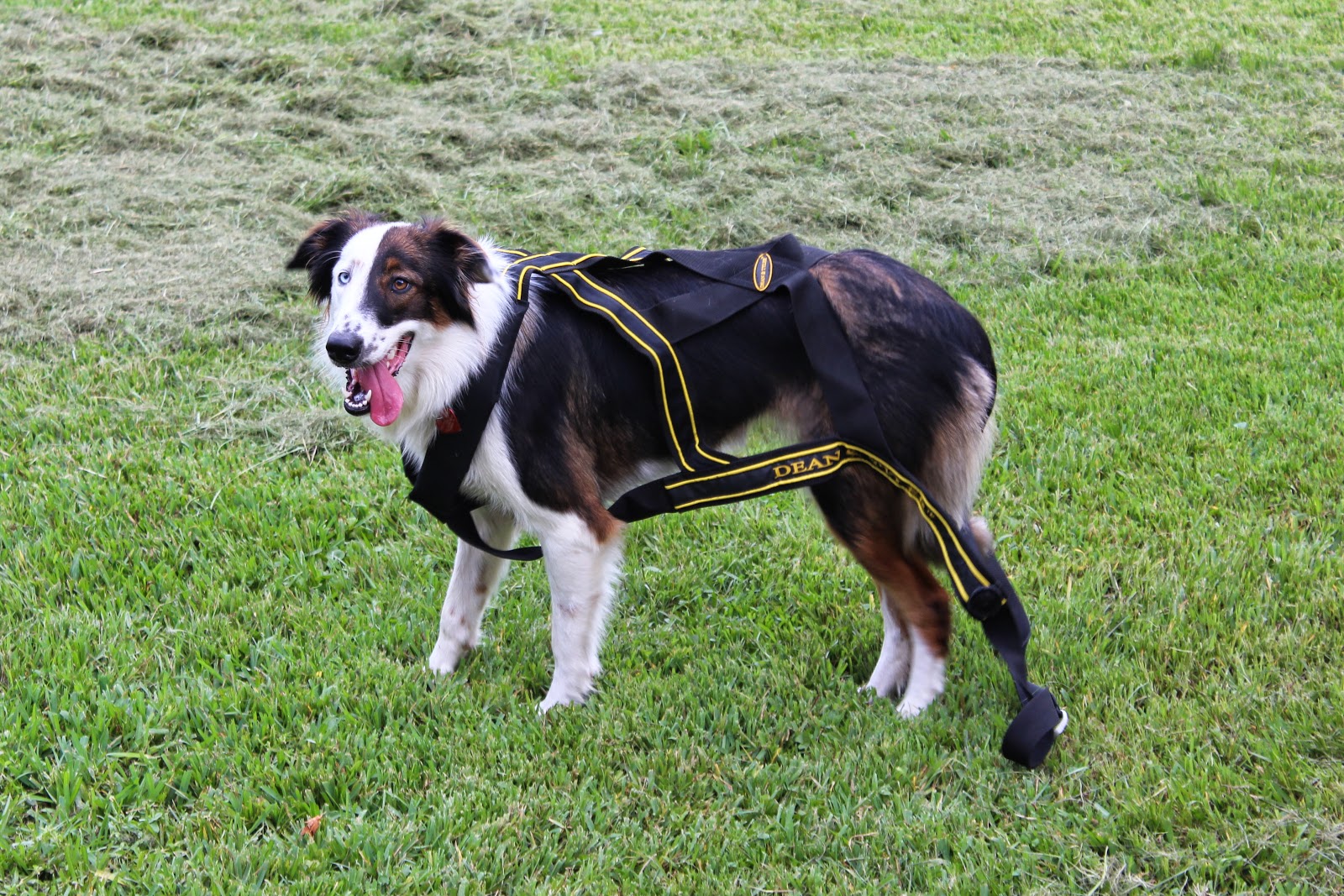 The harness was a bit large on Rialey, but she wasn't bothered by it in the least. At one point she actually jumped right out of the front opening. I have a feeling she is still going to fill out more as she gets older, and it will fit just fine. 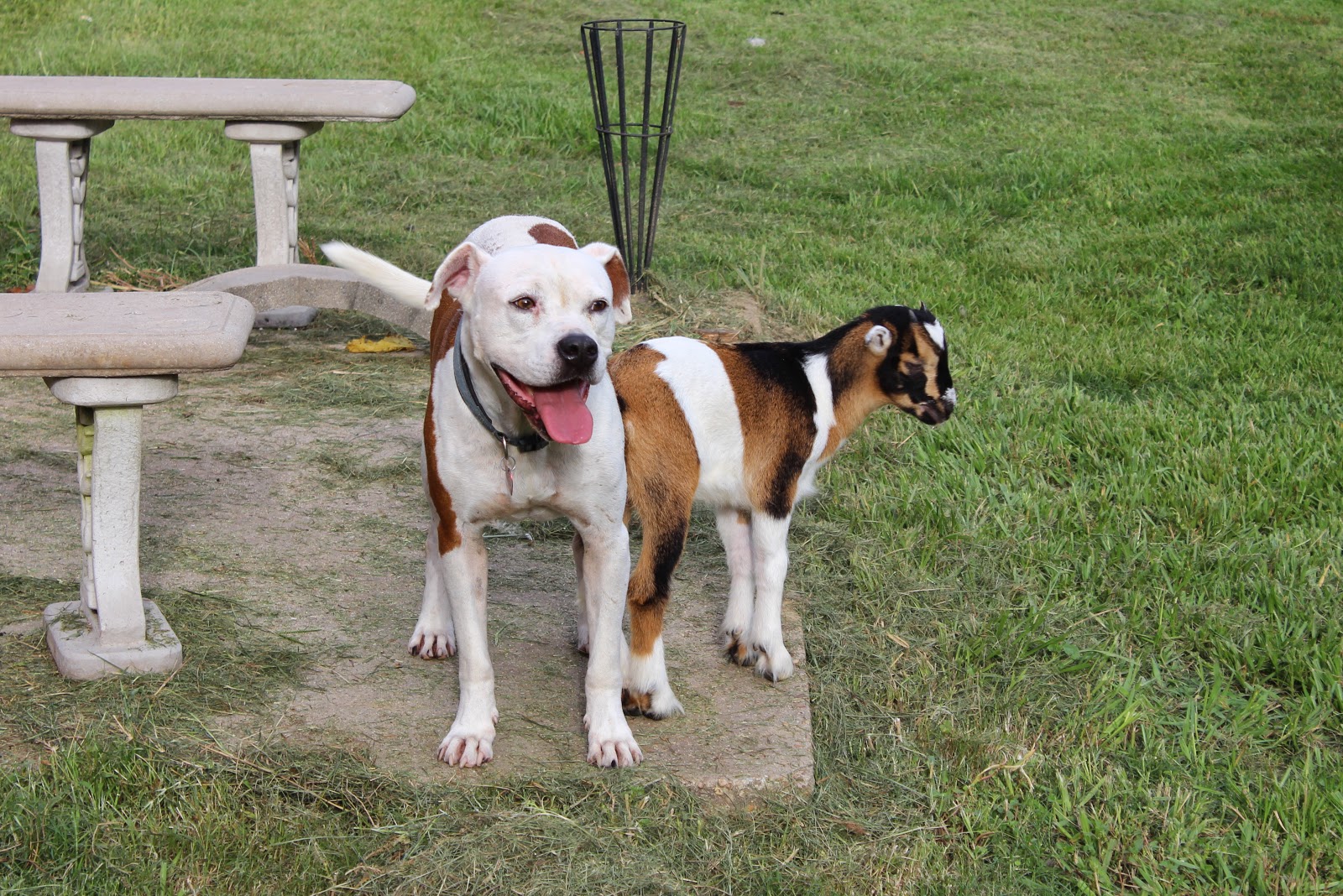 Meanwhile, Barley took up his post babysitting little Lucia. She was actually leaning on him in this picture. Barley loves his baby goats and considers it part of his job to keep a watchful eye on them. Such a sweet boy. 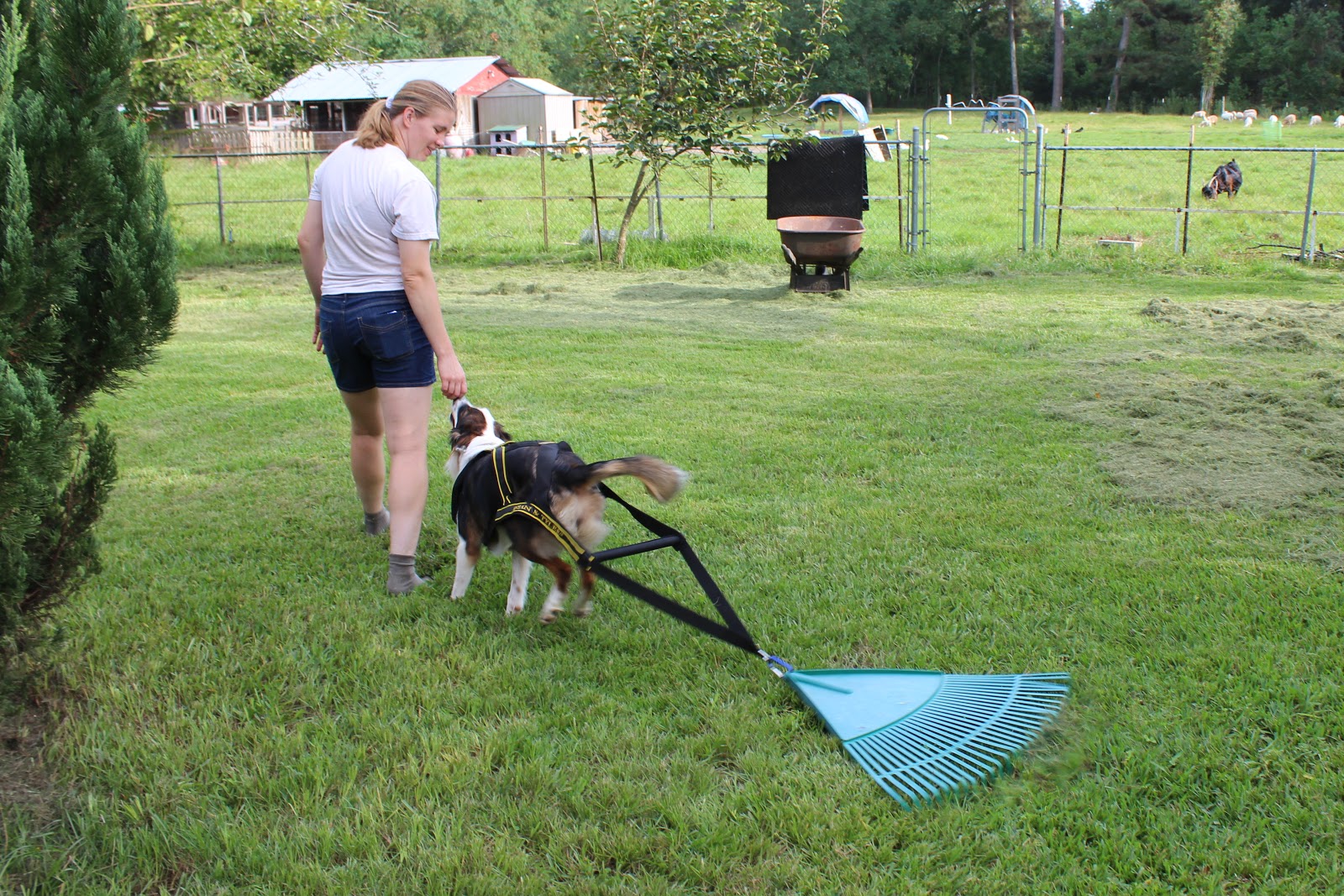 Rialey was happy to trot around the yard at my side while dragging the rake behind her. We worked on starting and stopping and making turns. 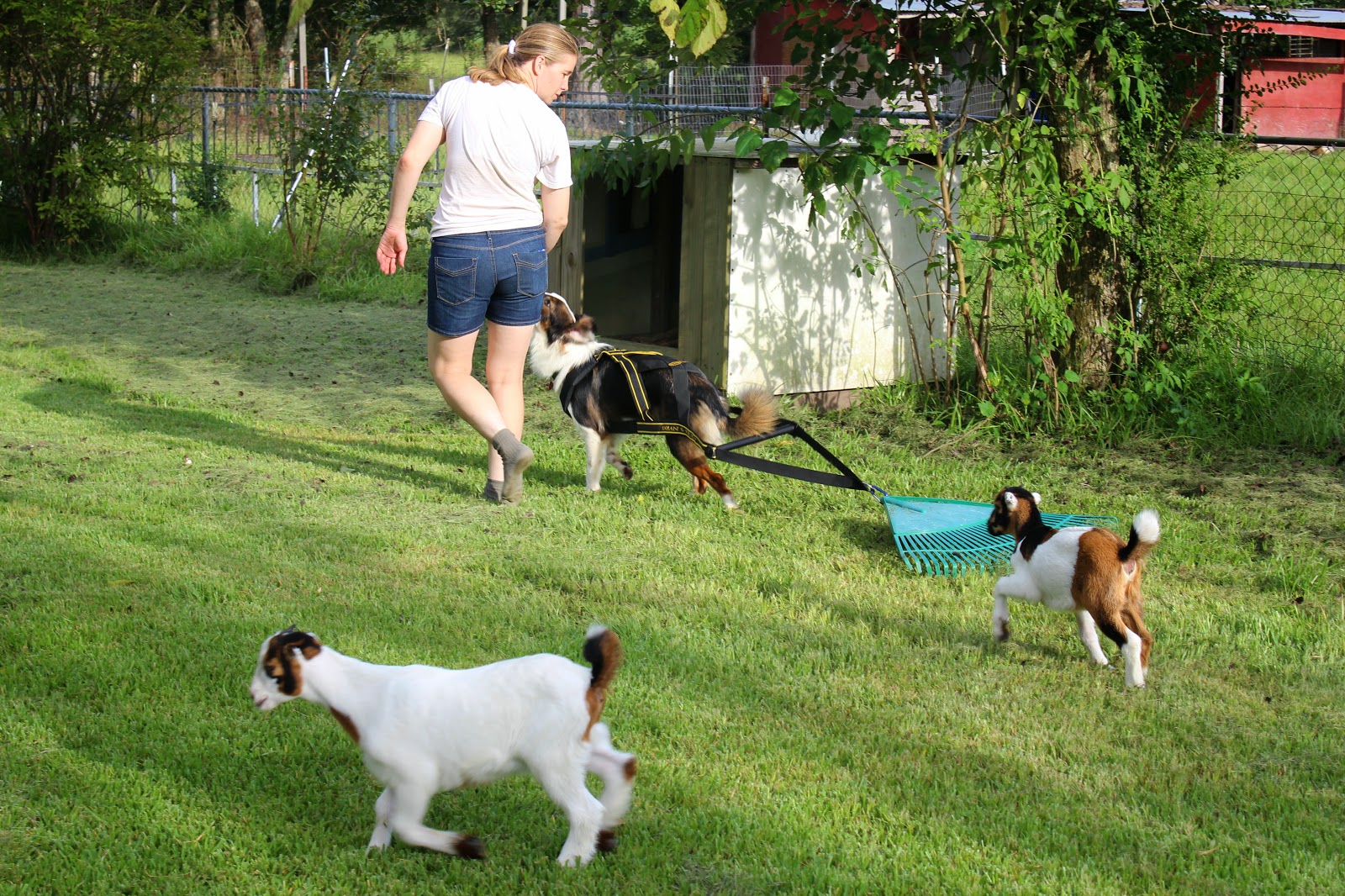 Then the goat girls decided to join the fun. 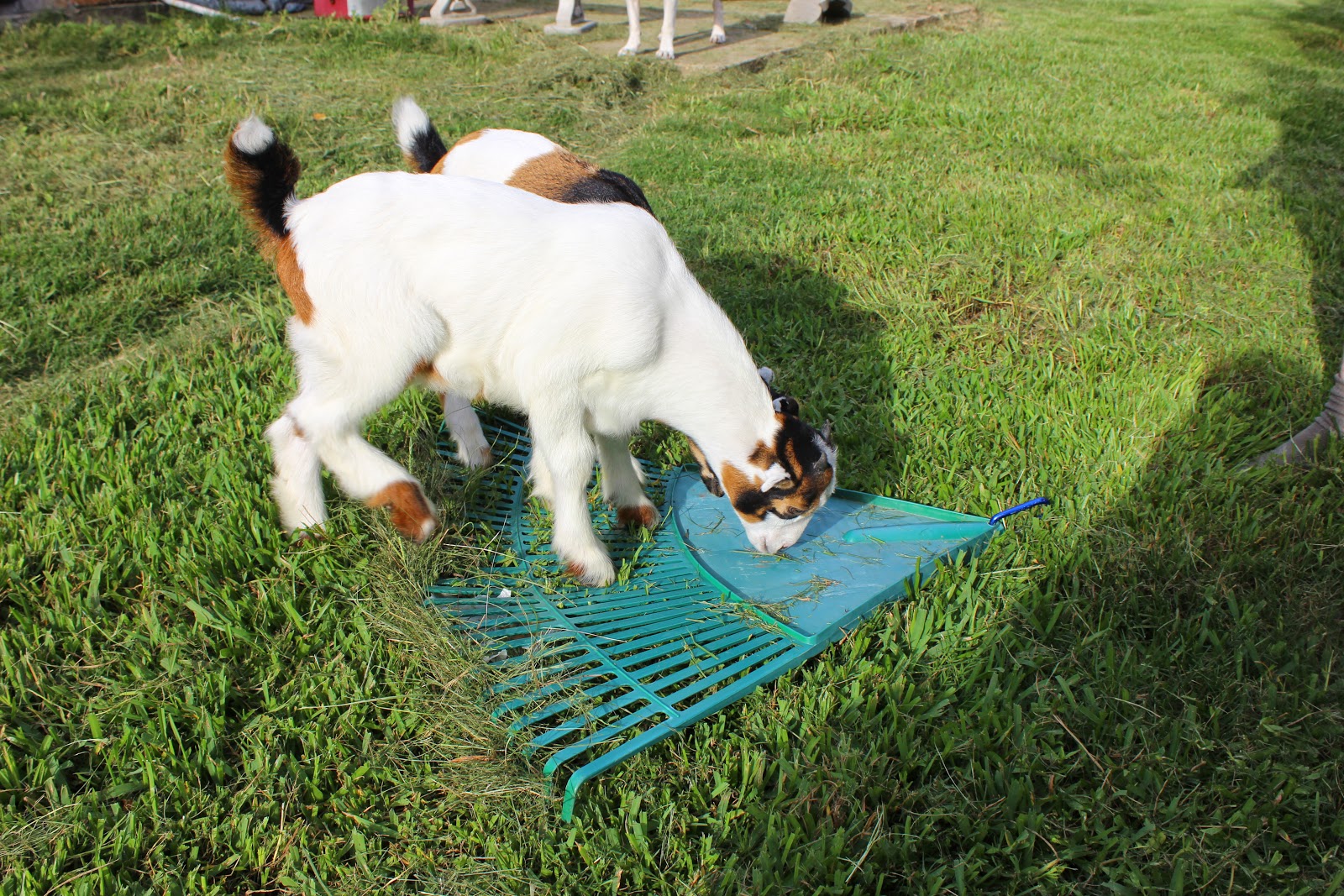 It's a lot harder to pull a rake that is carrying several pounds of baby goat! 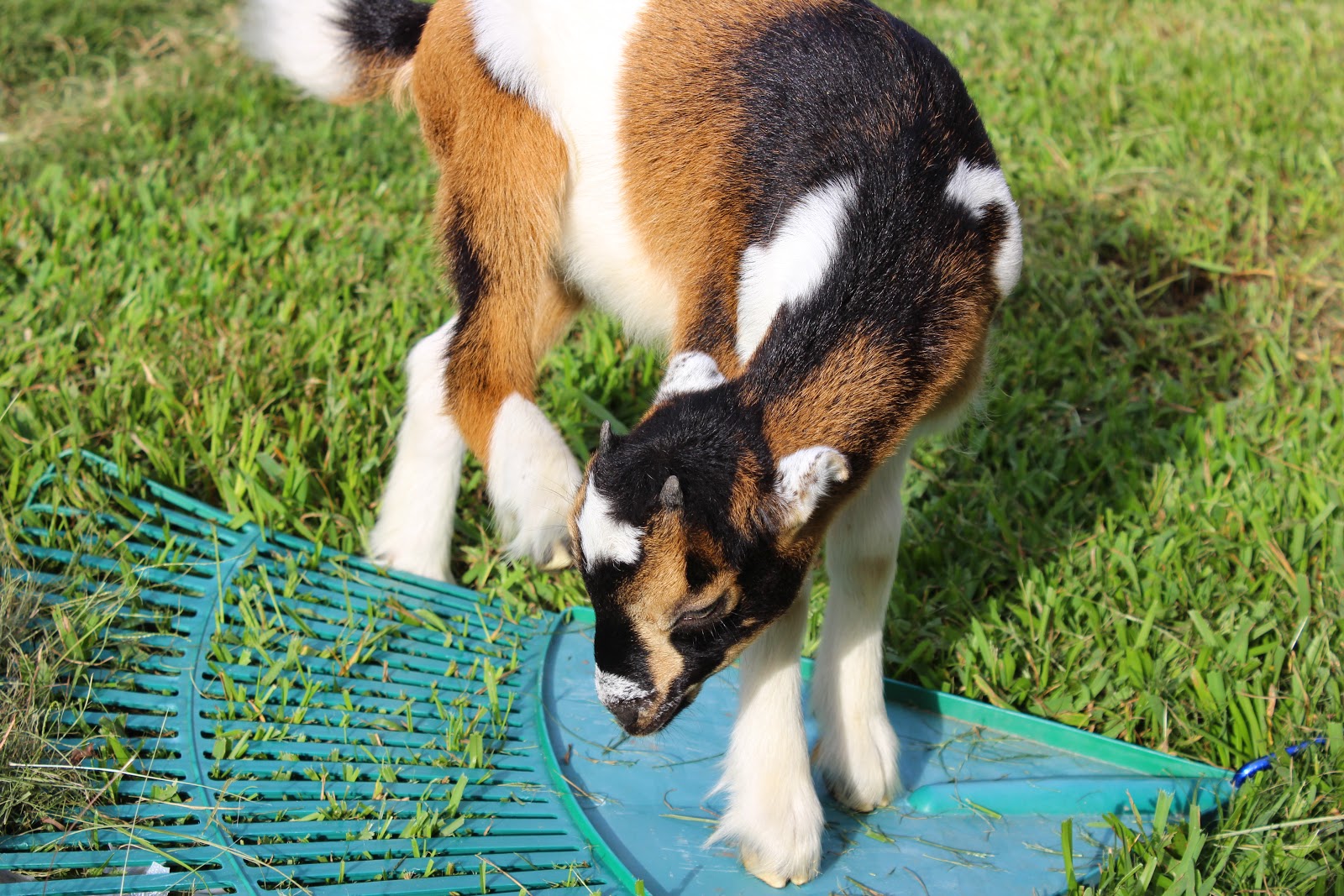 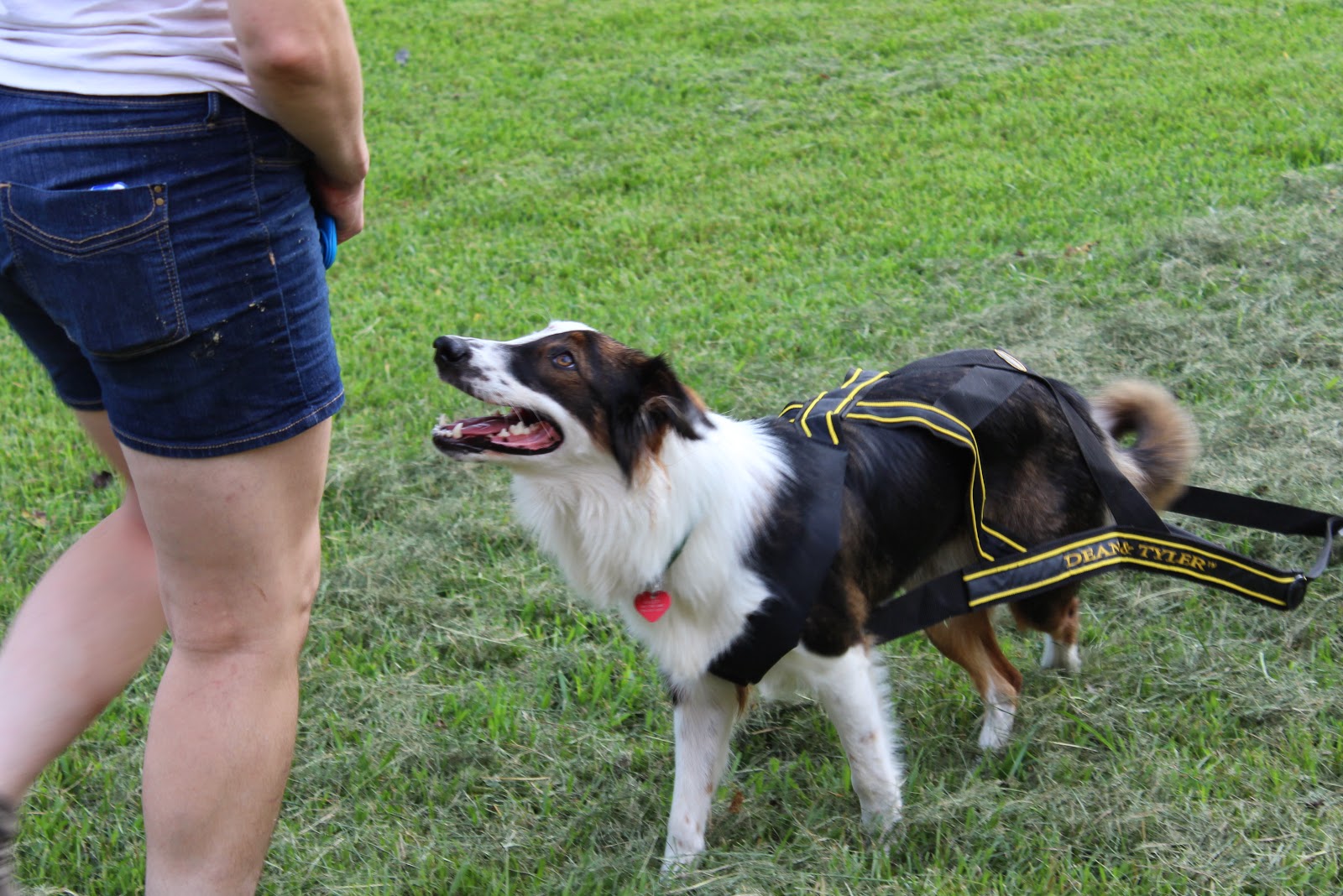 I just love Rialey's expression in this picture. This pup is willing to try just about anything I ask of her and does it with so much enthusiasm. She is really, really fun to work with. 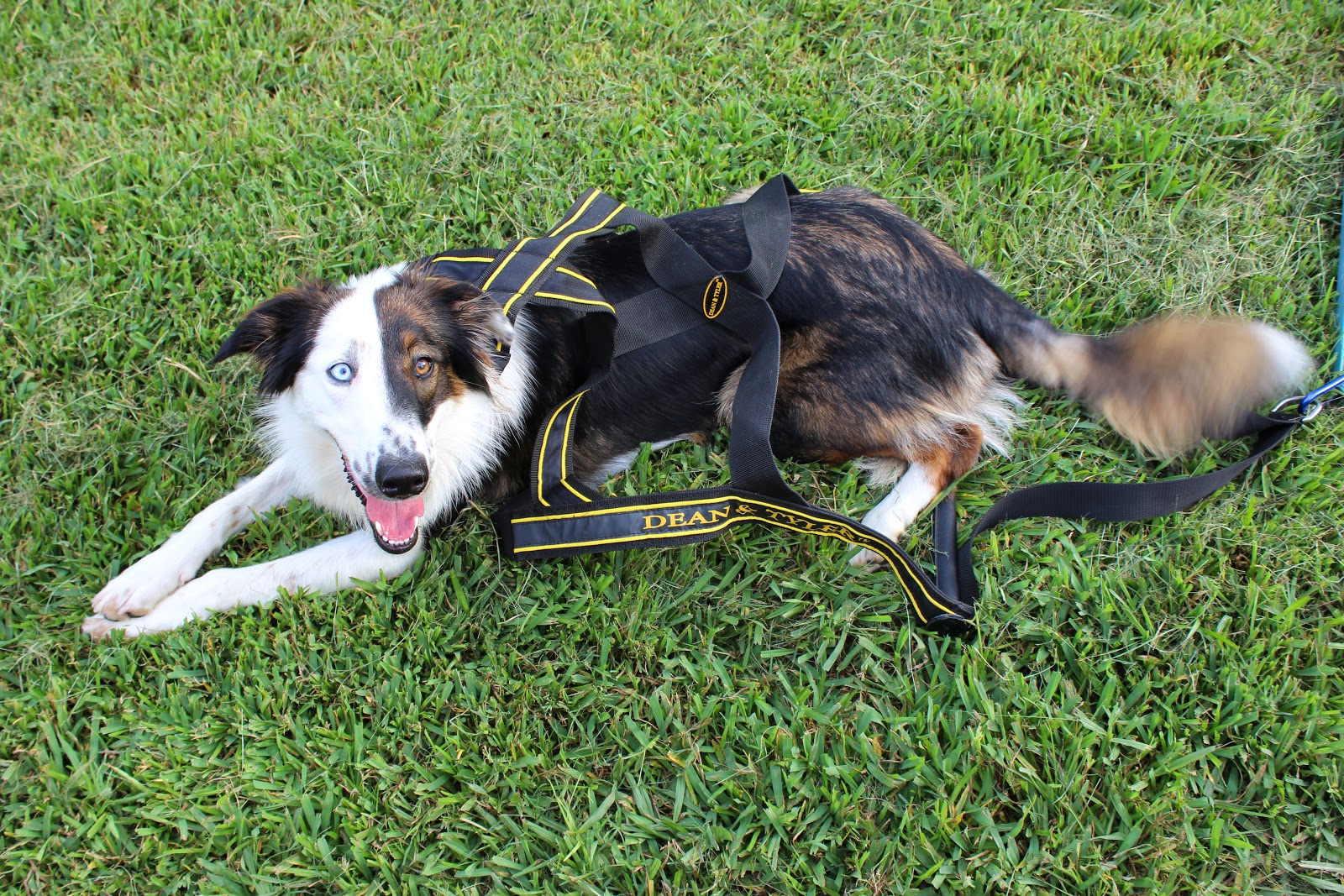 Even though I don't think we succeeded in tiring her out one bit, at least now we have a foundation that might some day with lots more training and conditioning lead to a very useful skill on the farm.