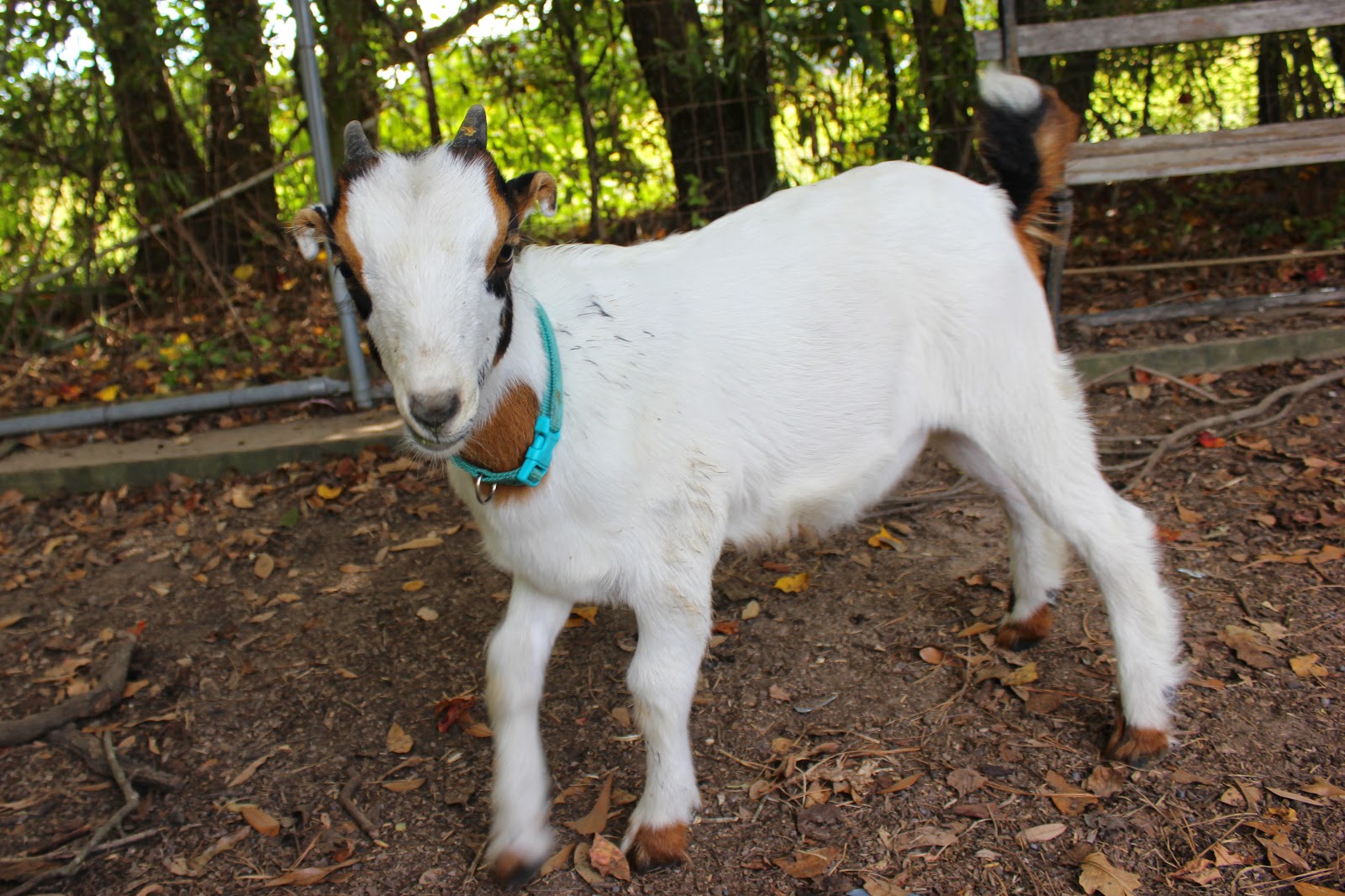 It's funny the things you pick up when you spend a lot of time around animals. 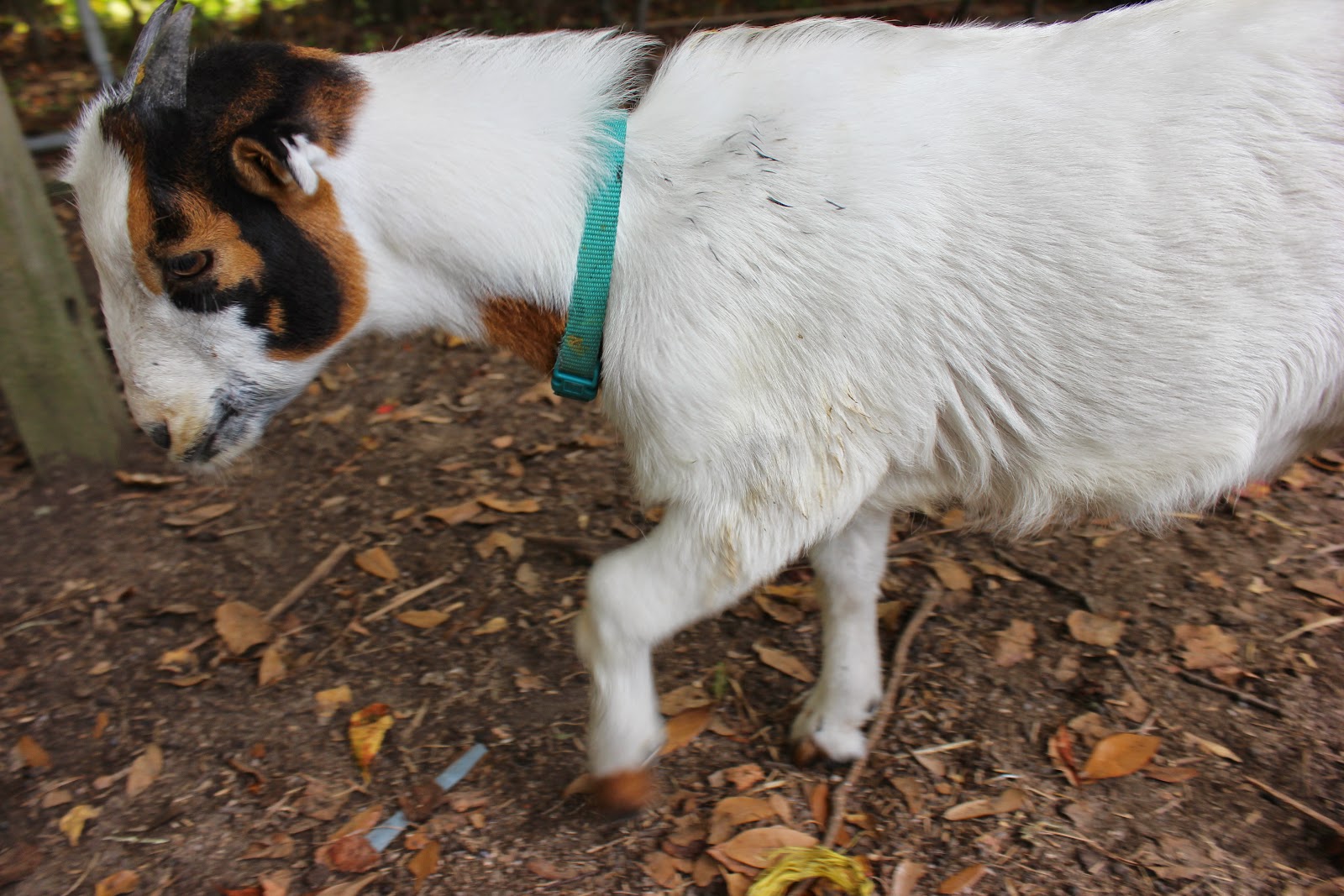 For instance, when I walked into the kids' pen a while back and saw this crust on Francesca's shoulder, I knew she had been vomiting.

I've mentioned it before, but when goats get sick they don't just throw up. Instead, they "sling cud" which basically means they bring the continence of their rumen back up into their mouth then open up and sling the stuff all over the place. More often than not, they throw their head to from side to side and end up getting upchuck on their own shoulders (not to mention on the floor, the walls, and any other goats unfortunate enough to be within range). 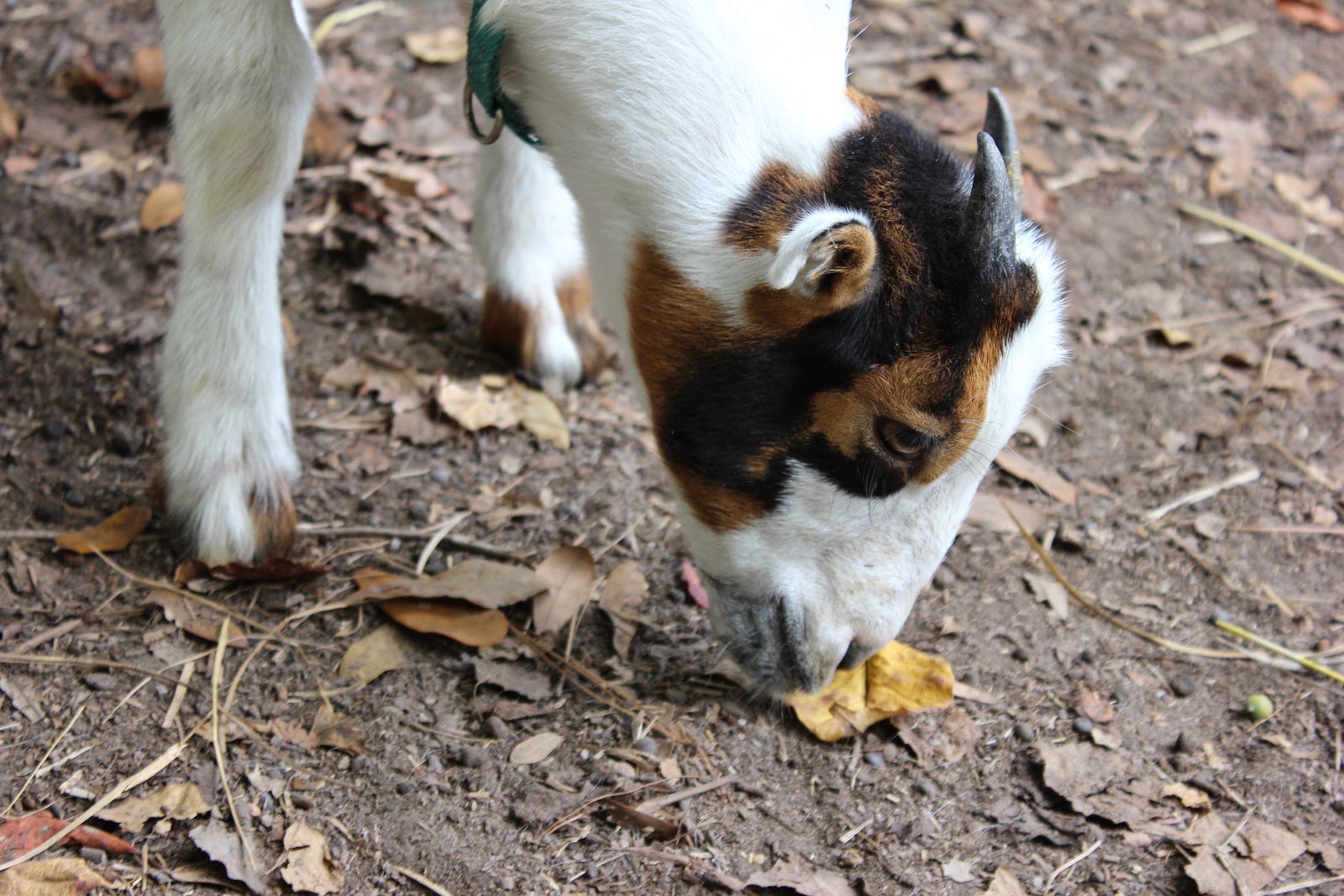 It doesn't happen very often, but every once in a while the goats will get into something that doesn't agree with them. The young kids are especially prone to this as they explore the world and try to figure out what is food and what is not. On this day just to be safe, I gave little Franny a couple of charcoal pills. They are very good at absorbing and moving out anything toxic she might have eaten. I also gave her a syringe full of aloe to settle her belly then just kept a close eye on her the rest of the day. 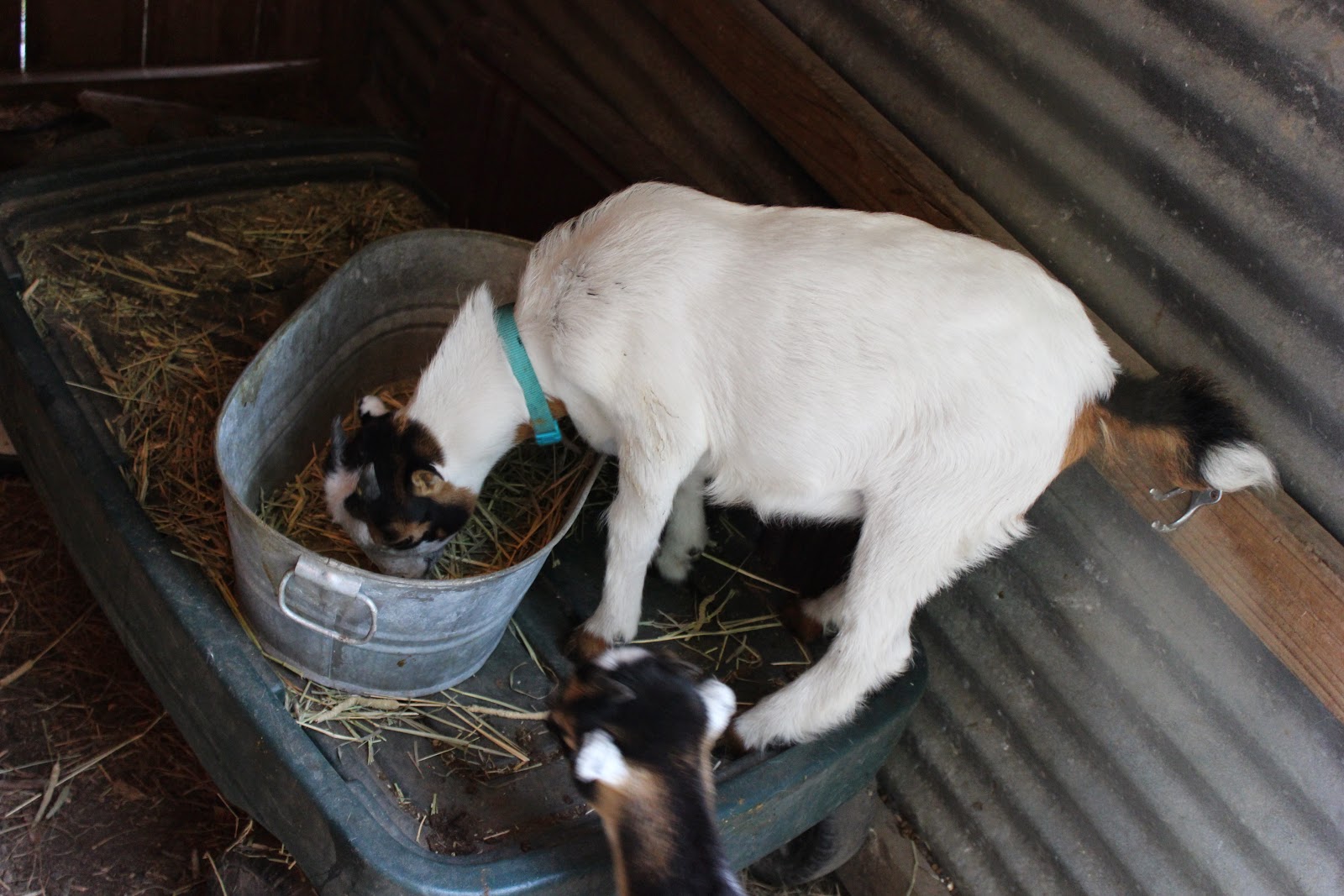 By that evening she was back to her old self scarfing down a dinner of alfalfa with just little bit of grain. She's been fine since! I'm not sure if my intervention was needed since she seemed to have stopped vomiting by that morning, but it's nice to know that we are learning to pick out and deal with problems with the animals more quickly and easily as time goes on.
Posted by Kaela at 3:37 PM

Email ThisBlogThis!Share to TwitterShare to FacebookShare to Pinterest
Labels: Francesca