The quail are back!

A few years ago we had a pen of coturnix quail. We eventually decided to sell our little flock. We couldn't find a market for the eggs and couldn't seem to raise enough to make the meat worth it. Since then, both Big Onion and I have talked about missing those little buggers and their funny little noises and cute little eggs. Plus we cannot seem to keep up the with demand for pet food or eggs these days. We decided maybe it was time to give the little birds another go.

I had been on the lookout for anyone nearby selling some of the birds so when an ad popped up on one of the local poultry sale pages on facebook selling Texas A&M jumbo quail I decided it was time. The jumbo quail are said to lay just as many eggs as the regular coturnix, but these guys were specifically bred for meat so they grow to be much bigger and meatier than their natural cousins. They were just over an hour away so I jumped on the opportunity! The gentleman was selling what was left of his breeding flock of 22 birds, and he would throw in all their eggs from the last week as lagniappe! I was sold!

We loaded up the car with a couple medium sized dog crates one Saturday afternoon and made the drive in the sprinkling rain to pick up our newest additions. When we arrived, all 22 birds were being kept in a relatively small raised cage in the man's backyard. This is a very common way to raise quail, so I do not fault the owner of the birds, but I was happy to take the little guys home knowing much nicer digs awaited their arrival. 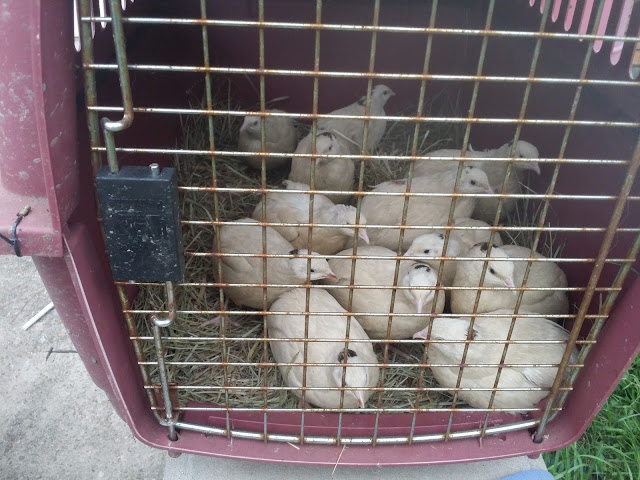 Once we got home, we unloaded the little birds into their new home. It is the same pen we kept in the quail in before, an indoor/outdoor on the ground enclosure that is probably 6' by 12'. Practically the Taj Mahal by quail standards! 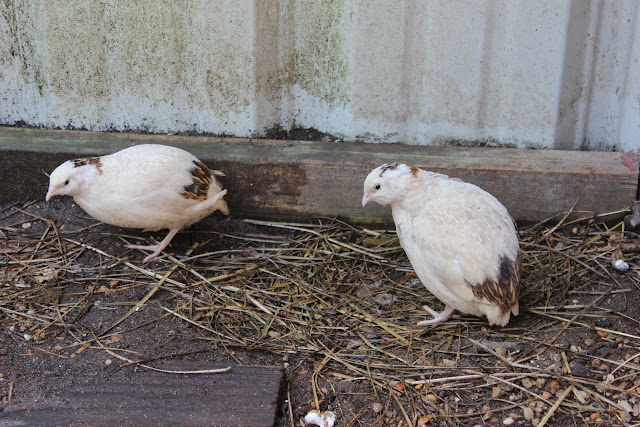 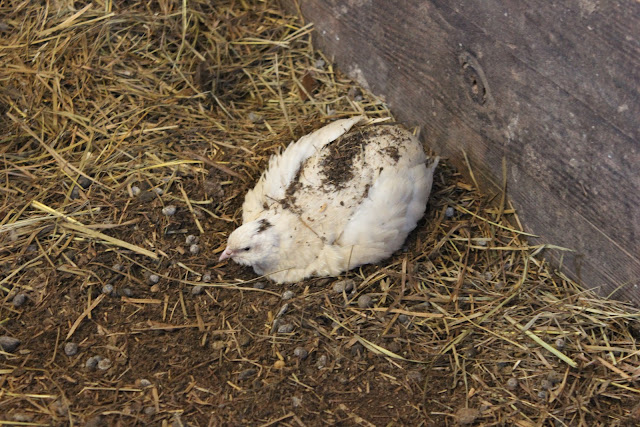 With their feet on the ground probably for the first time in their lives, the quail started immediately exploring their new world. They were scratching and pecking and taking dirt baths right away! 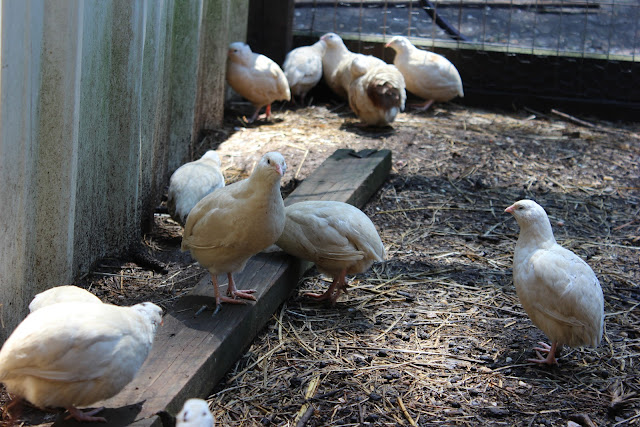 It's always amazing to see those instincts come out in animals who have probably known nothing but metal wire under their feet. It wasn't long before we started hearing their silly little quail calls and finding the tiny mottled brown eggs squirreled away all around the pen. It's a bit like Easter every day in there trying to find all the eggs since they are so well camouflaged, and the quail love nothing more than to bury their eggs under the hay and dirt. 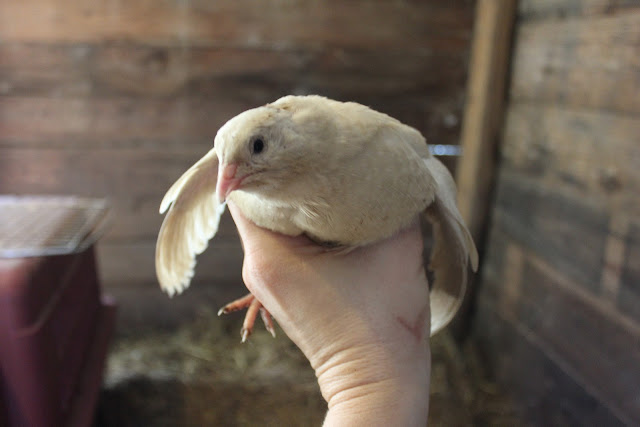 Our plan is to primarily raise the birds for meat. All of their eggs are going into the incubator so that we can always have a good supply growing out. They are called jumbo quail for a reason, and they certainly live up their name. They are built like softballs with big, round chests and very docile temperaments commonly seen in meat birds. I know our pet food customers' kitties will be thrilled with the new product once we get that first batch of eggs hatched and grown out. Until then we are happy to have the funny little beasts back on the farm.

Email ThisBlogThis!Share to TwitterShare to FacebookShare to Pinterest
Labels: quail