Since August 17th is apparently National Black Cat Awareness/Appreciation day, I figure today would be a good day to introduce the newest member of the HighTail farms crew.... 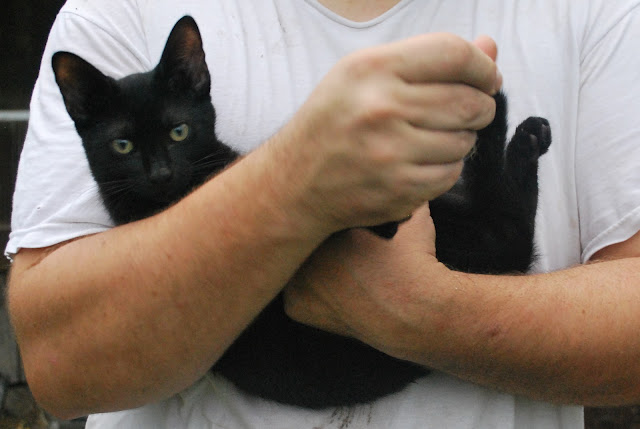 This is Hunter Ratsbane

Hunter has been hired to the recently created Barn Cat position. It's creation was necessary due to the recently discovered conspiracy taking place amongst the rodent population on the fram to deceive us into thinking that our large flock of otherwise healthy, happy ducks have mysteriously stopped laying altogether for the last few weeks.  In other words... 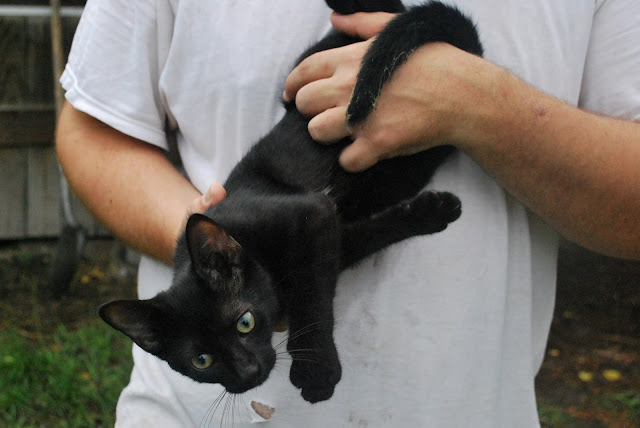 I had a heck of a time getting a decent picture of the little guy. He's black as night and since he's only about 3 months old, he is completely incapable of holding still long enough for the shutter to go off. 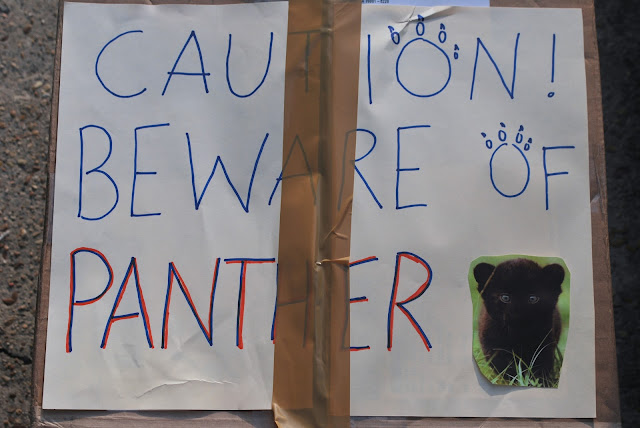 This is the box he showed up in. His name originally was Panther, for very obvious reasons! 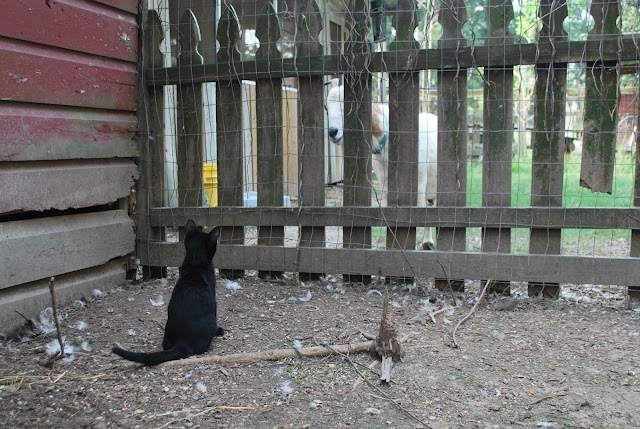 He took to the barnyard right away. Here he is meeting Josie for the first time. Since then these two have had a rather rocky relationship. Josie has no patience for this little upstart stalking and pouncing around her yard. Hunter, on the other hand, LOVES her fresh milk and has become my best milkin buddy always there in time to steal those first three squirts! 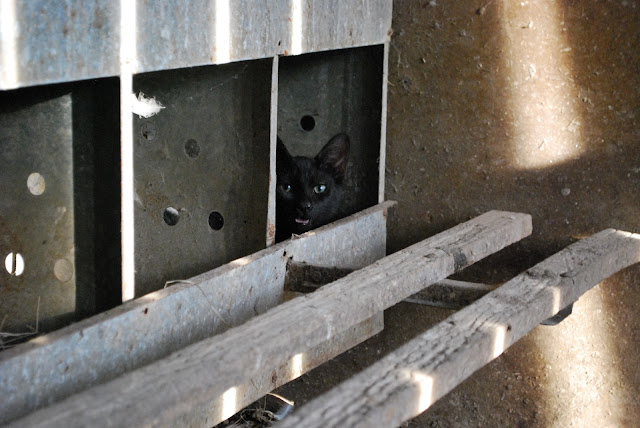 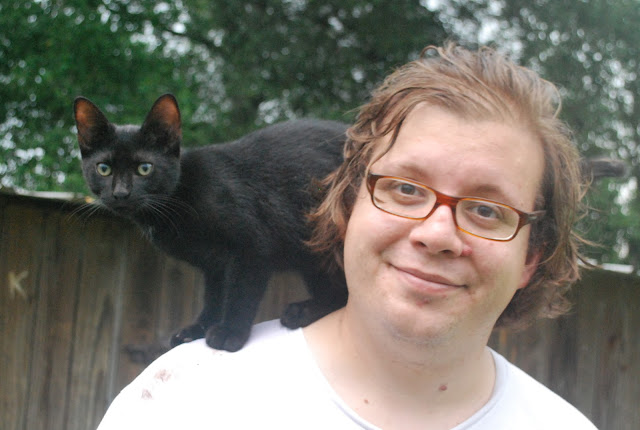 Big Onion is head over heels for the little guy. I think they bonded on the initial drive to the farm. 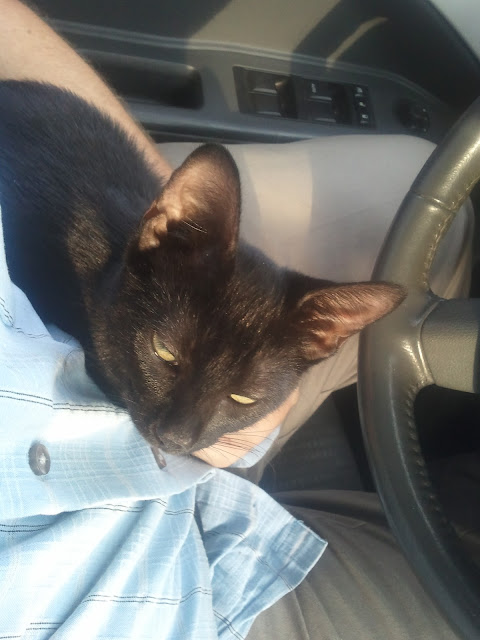 Hunter was completely flipping out in the car, yowling and ripping at the above pictured box until he tore his way out. Then he immediately climbed into the Big Onion's lap and fell asleep. Since then, Hunter has been his "Little Buddy" who follows him around for chores and rides on his shoulder whenever he gets the chance. 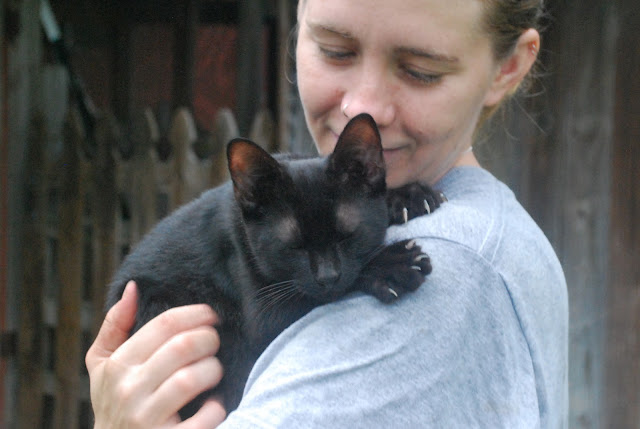