Turkey is back on the menu!

A while ago we lost our last two turkey hens to predators. Not long after we decided to process our last big tom. He had gotten so big (over 40lbs!!) that he was starting to have trouble walking. He had also started getting aggressive with the dogs and with us. To top it all off, we are pretty sure that in the absence of female turkeys, he had taken to trying to mate with the guineas. This did not go so well for the guineas.

This left us with a turkey free farm. No turkeys flying on buildings or running across the pastures to greet us everyday or sticking their big ugly beaks in our business. The guineas were left without a leader to follow around and spent many a day wandering around making all their wonderful guinea sounds. 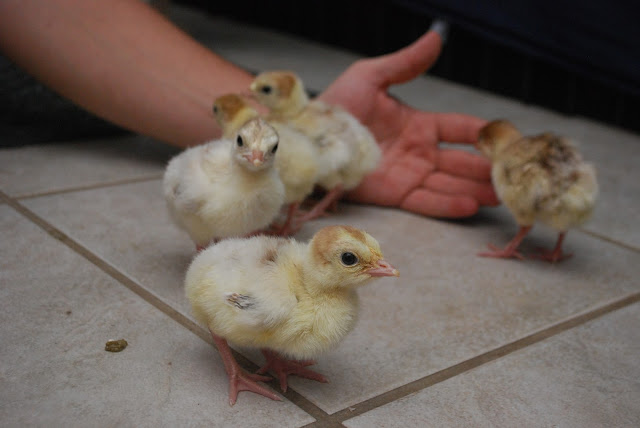 About a month ago, the lovely lady over at Happy Acres gave us a number of her Bourbon Red turkey eggs for hatching. After a month of very careful incubation, we ended up with 5 little poults. 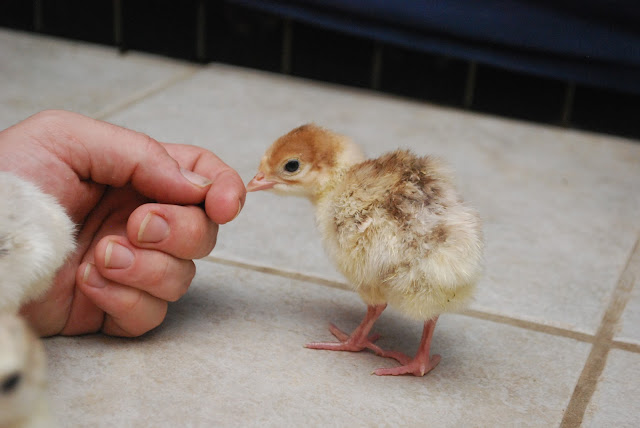 The first couple days were a little nerve wracking. This little guy had what looked like wry neck. He just could not lift his head. 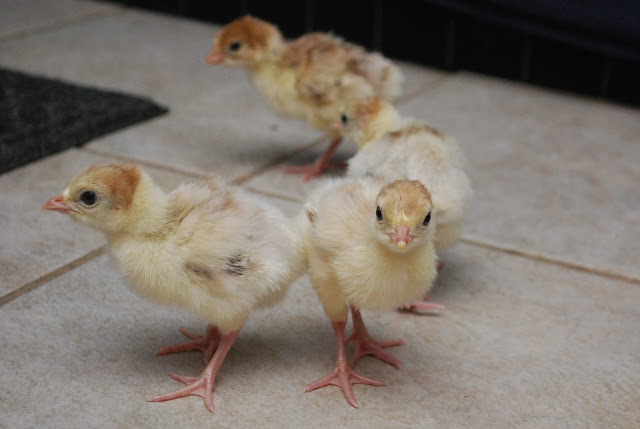 Another of the babies couldn't tell up from down and kept flopping onto her side and back over and over. It was hard to tell if it was a balance or a leg issue because she would lean to one side if set upright and pedal her legs in the air when tipped over. 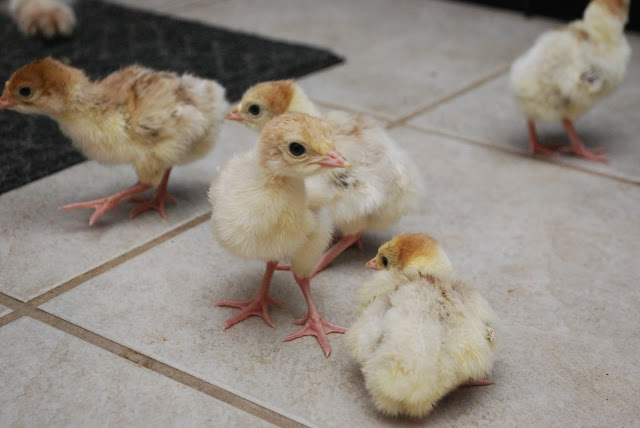 We checked on the babies every few hours, righted the upside down poult, and started dripping diluted Nutri-Drench into their beaks. It took about a day and a half, but both little ones are much, much better now. A few days later and it's hard to tell who had the problems in the first place. 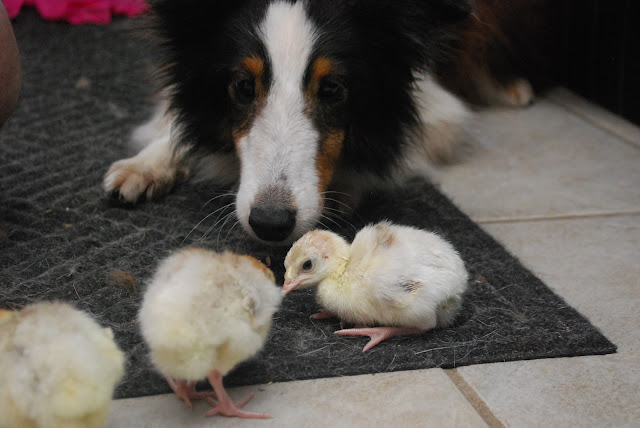 Nova got to meet the new arrivals. She was being a very good farm dog and giving each one a good check up before laying down to just stare at them. 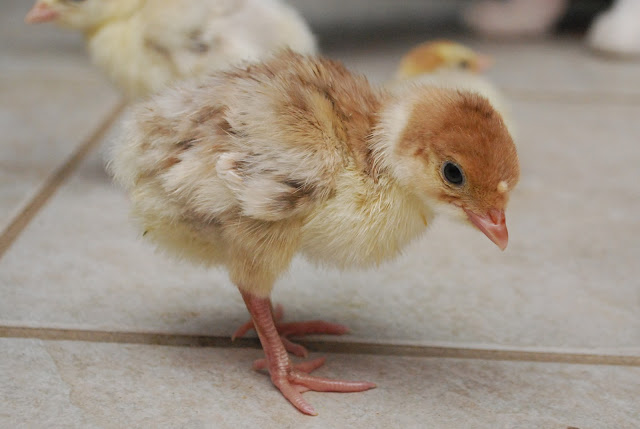 We are keeping our fingers crossed that we get a good male to female ratio since we plan on keeping a small flock of this heritage breed for breeding. Apparently, it's almost impossible to vent sex young turkeys. Even the hatcheries don't seem to do it.
Maybe it's wishful thinking, but going by looks, I think we got one male and 4 females. This little guy was the only one born with a little lump just above his beak that will some day grow into a snood. He also has a little squarer head and darker coloring than all the others. If he turns out to be a tom, I've told the Big Onion that we should call him Butternut since Bourbon Reds were originally called Bourbon Butternuts, and I think that's just hilarious.