I've been feeling under the weather for the last week or so. I managed to catch a cold that just kicked my butt. Yesterday, I was feeling particularly icky and decided morning chores be damned, I was gonna get a little extra sleep. With one thing and another, I was quite late getting out back to release the poultry and milk the goats.

I guess the goat ladies got impatient and decided that I was never coming out to give them their breakfast because four of the girls decided to up and run away from home!

I've had to retrieve the ladies from the back pasture for their morning milking before when I was running behind, but this was the first time that they decided to fly the coop so to speak. 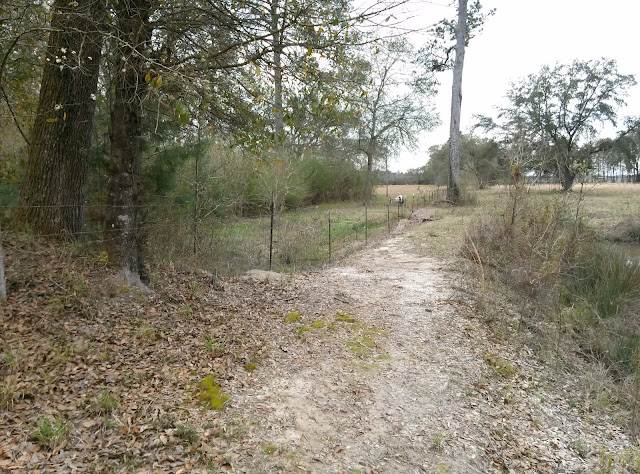 See those black and white dots on the other side of the fence?
Yeah, that's our goats in the neighbor's field.

Luckily, our goats seem to like me a lot and like getting their morning scoop full of tasty goat chow even more. I started calling their names, and I had a mini caprine stampede on my hands complete with Gertie and Thea pulling off some ridiculous happy goat hops and dances on their way to the front. I'm not sure which is more hilarious, Thea's prancing that looks like a drunken camel falling down a sand dune or Gertie trying to fly thru the air with about two feet of pendulous udder flopping around underneath her. Meanwhile the youngsters, Gwen and Eve, are running behind trying to headbutt everything in sight! 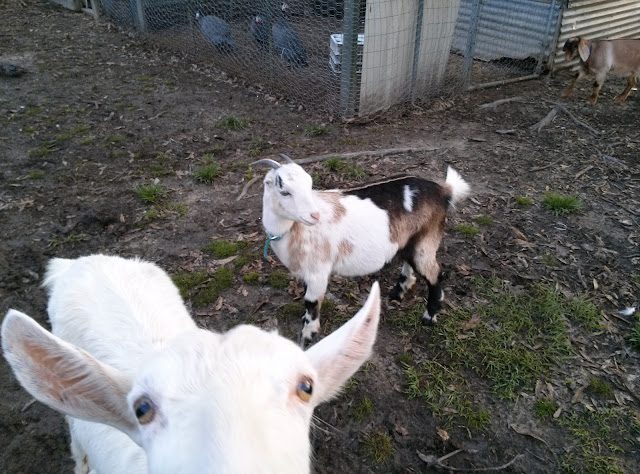 On a much sadder note, Big Onion and I are pretty sure that little Jenni is not going to be with us much longer. If you will recall, Jenni is our CAE positive girl. Since she came to us she has suffered with almost debilitating arthritis. I tried a number of different supplements and medications to try and help her, but nothing seems to make much of a difference in her quality of life.

Lately she has started rapidly dropping weight. We tried worming her repeatedly with very little success  She's very weak, and her appetite is odd. She only wants to eat certain things. Turns her nose up at goat food and alfalfa, but last night she literally almost choked to death to trying to scarf down cracked corn. 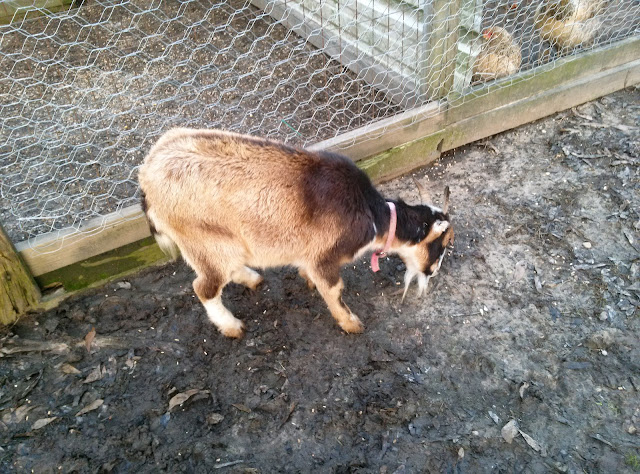 This morning she was going after spilled chicken feed which is really odd for her. Normally she will not go near any feed that has touched the ground. I walked away for a second and came back to find that she had fallen down in a heap with her head under her body. Poor girl.

We are not sure if it is just the CAE finally catching up with her or something else going on, but Big Onion and I have made the hard decision not to take any major steps of intervention in her case. Her quality of life was never good. She was always in pain, and anything we do at this point will only prolong her suffering. 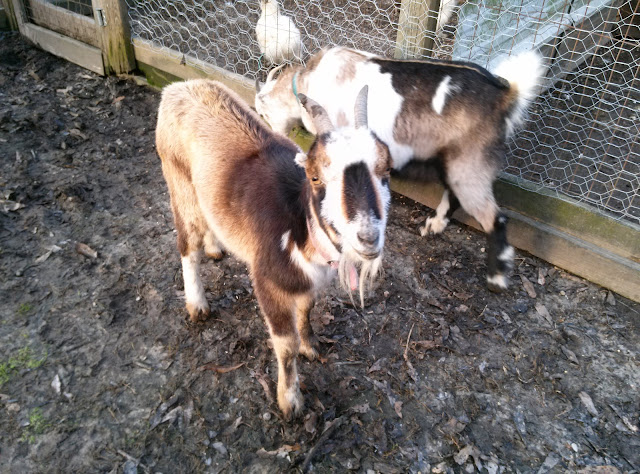 This was a really hard choice for us to make. Working for a vet, it's against my instincts not to try and fix this poor old girl, but I think we have made the right choice. Tomorrow, I will give her some pain meds, let her eat whatever she wants, and hope for the best.