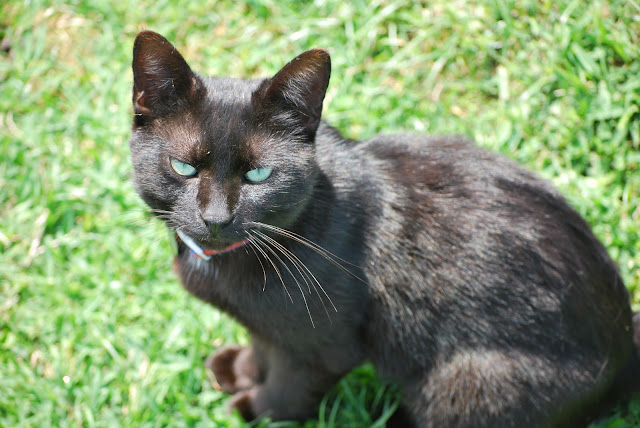 Our poor little barn cat Hunter. Since we got him as a kitten, it seems like he has had one problem after another. As he grew up, he developed a habit of wondering off the property, getting in fights, and coming in terrible shape. We were constantly pulling ticks off him. He once came back with a wound on his hip so bad that we had to put him on antibiotics and drain and flush it daily. He still has a lump of scar tissue over his hip bone. All the wondering and fighting had to stop, so we decided to have him neutered a little earlier than we had planned. 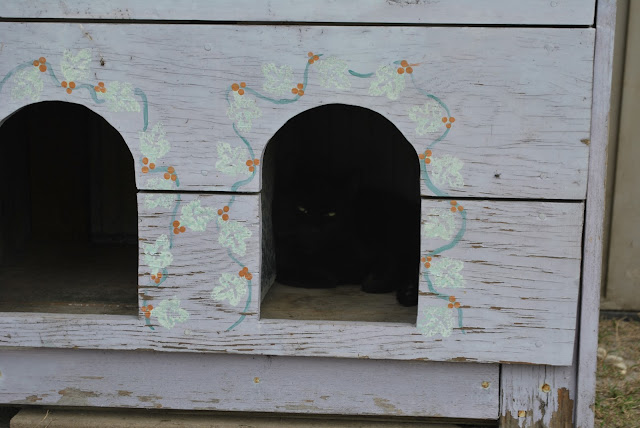 It wasn't long after he was under the knife that he started feeling bad. He was acting lethargic and picking at his food but we just figured he was mourning the loss of his "boys." A week or so went by and he didn't perk up. I finally decided to bring him in to the vet when he noticed that his gums were pale, his lymph nodes were swollen, and he was extremely dehydrated*.

I brought him into my vet's office. She took one look at him and said he was so anemic that he probably should be dead. We ran blood work and initially my boss thought he might have developed lymphoma which would have been crazy for an 11 month old kitten. After more discussion, she and I decided that a tick borne disease was the more likely cause. We started him on antibiotics, vitamin K, and sesame seed oil to try and bolster his blood counts. 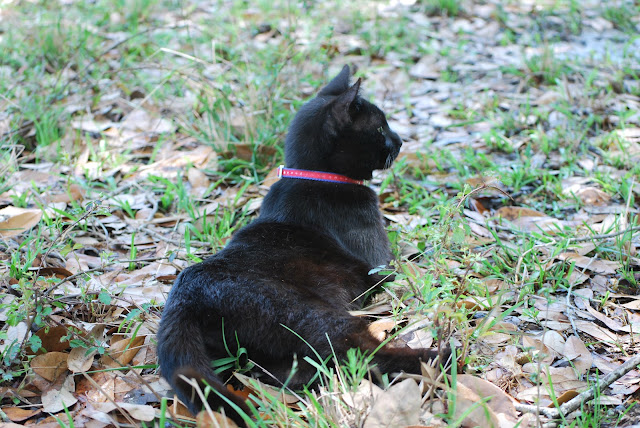 After just a couple days of treatment, the little guy was perking up. His appetite improved, and he started following us on our walks around the property. We had kind of forgotten what a quirky ever-present little guy he was while he was ill. 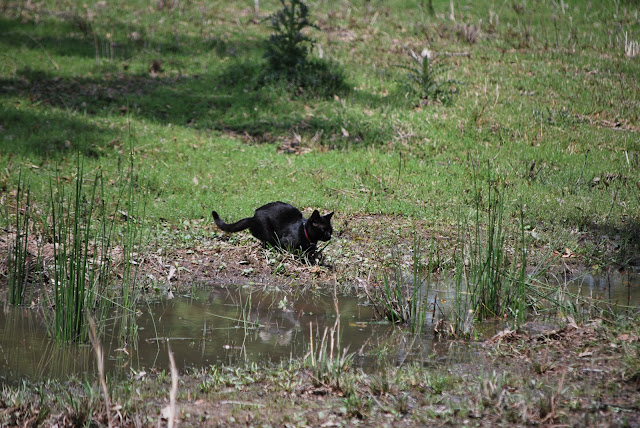 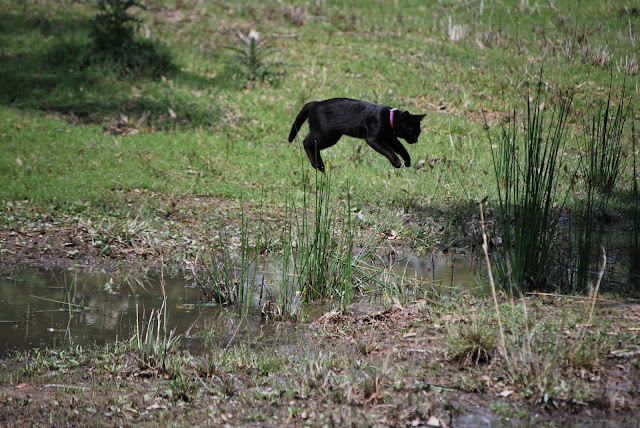 These pictures were taken just a few days after we started him on the meds. I was actually out taking pics of the sheep with Hunter in tow when he wandered off into a little thicket of trees and brambles. 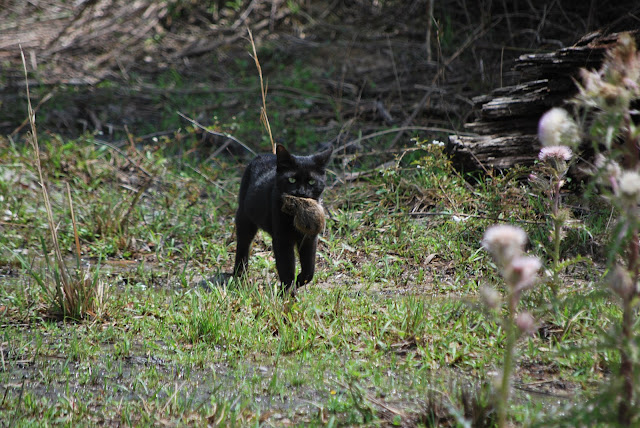 About 15 seconds later, he wandered out with a giant vole in his mouth. 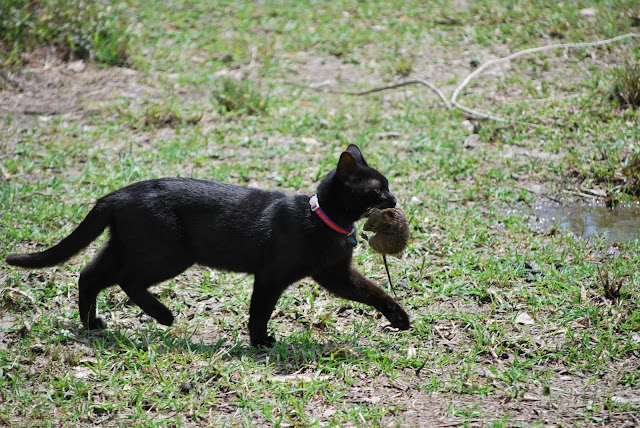 Doesn't the little dude look proud of his catch?

We are just really glad that our kitty is on the mend and living up to his name!
Posted by Kaela at 12:47 PM

Email ThisBlogThis!Share to TwitterShare to FacebookShare to Pinterest
Labels: hunter