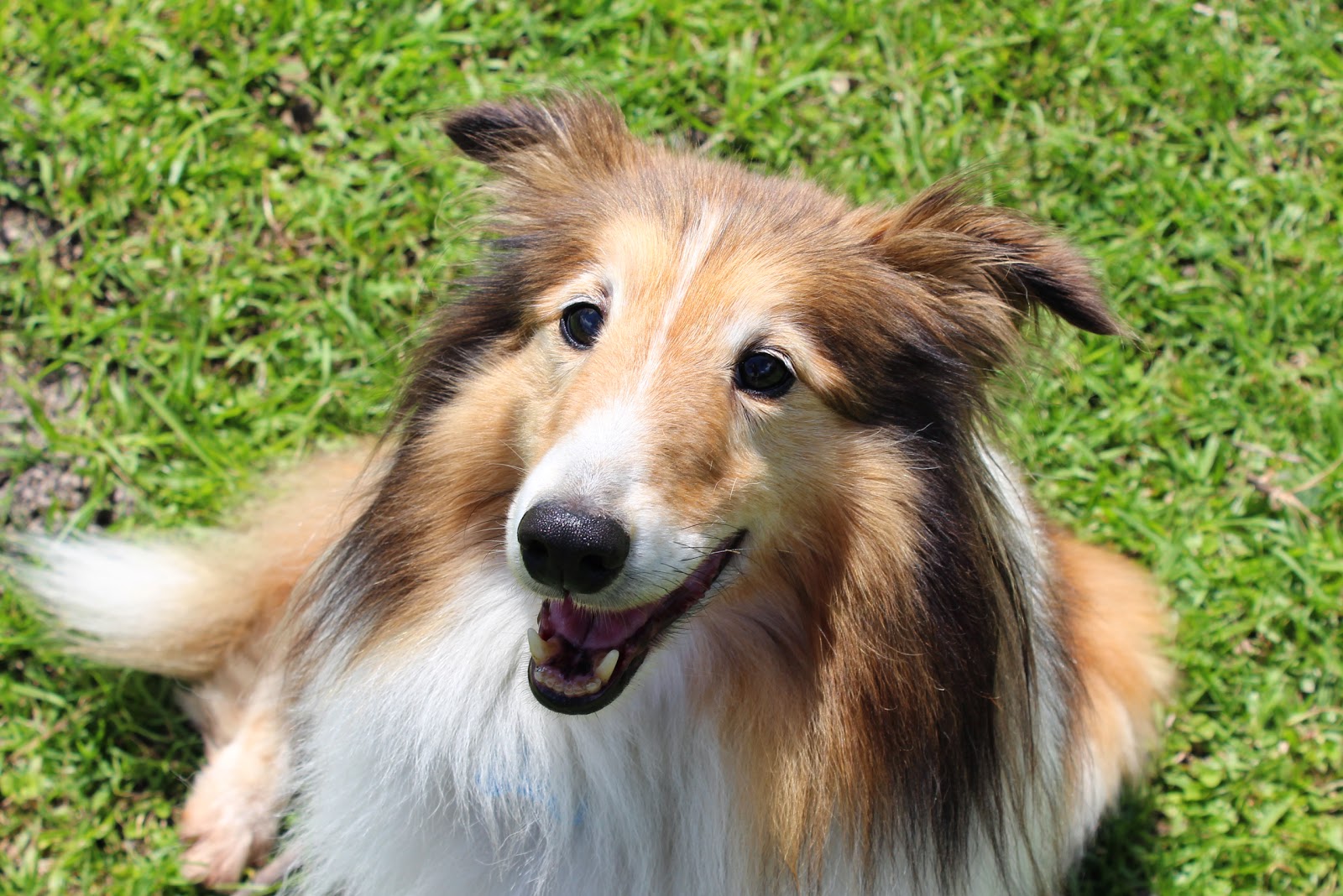 This sweet boy turned 13 on Saturday. I'm a terrible mother and totally missed his birthday! 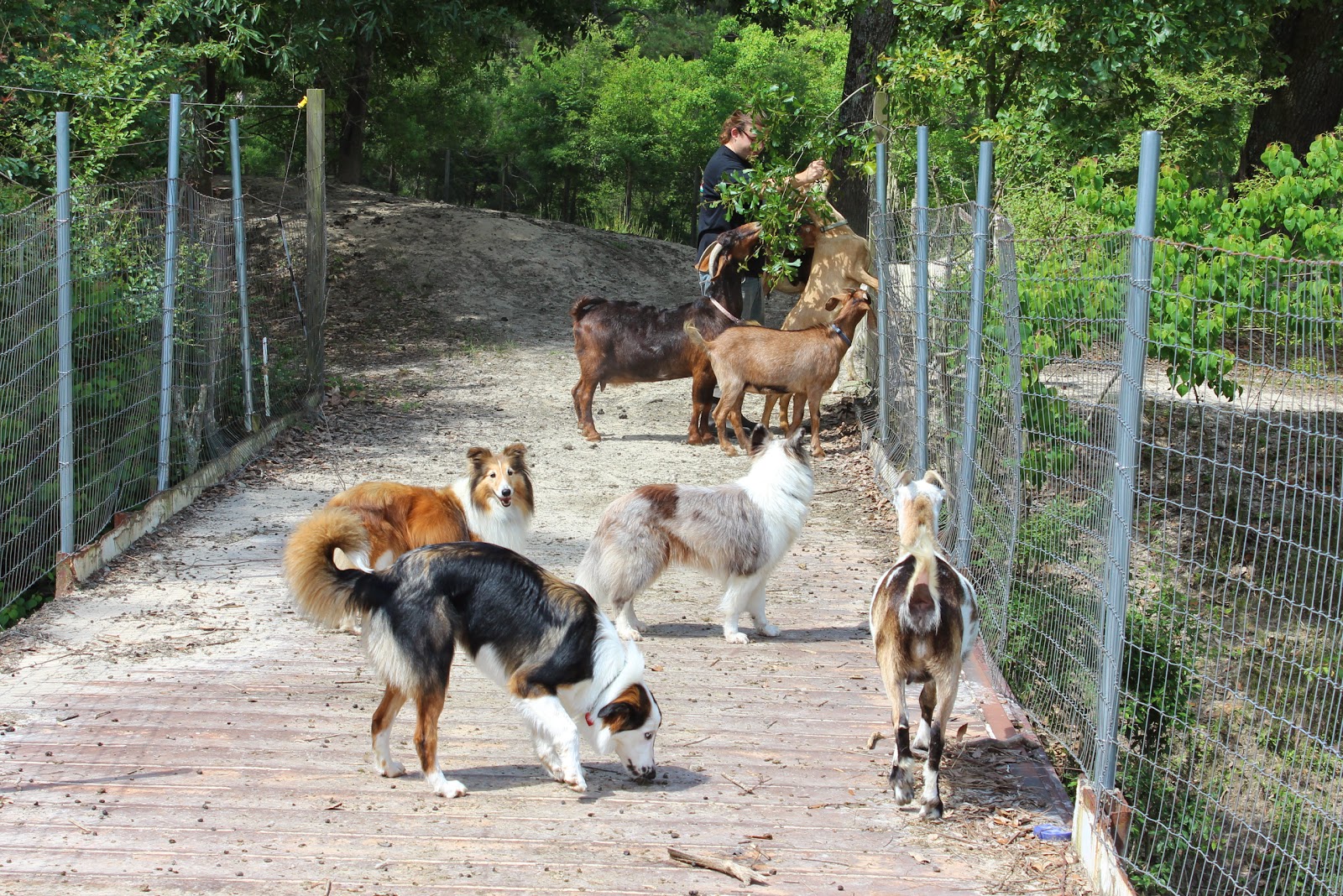 So to make it up to him, on Sunday we invited him out to help with morning chores. The goats were slightly concerned about the addition of a third dog, but quickly realized that Sonny was nothing to worry about. Sonny spent most of the time sniffing out tasty piles of poop to snack on (yick!). 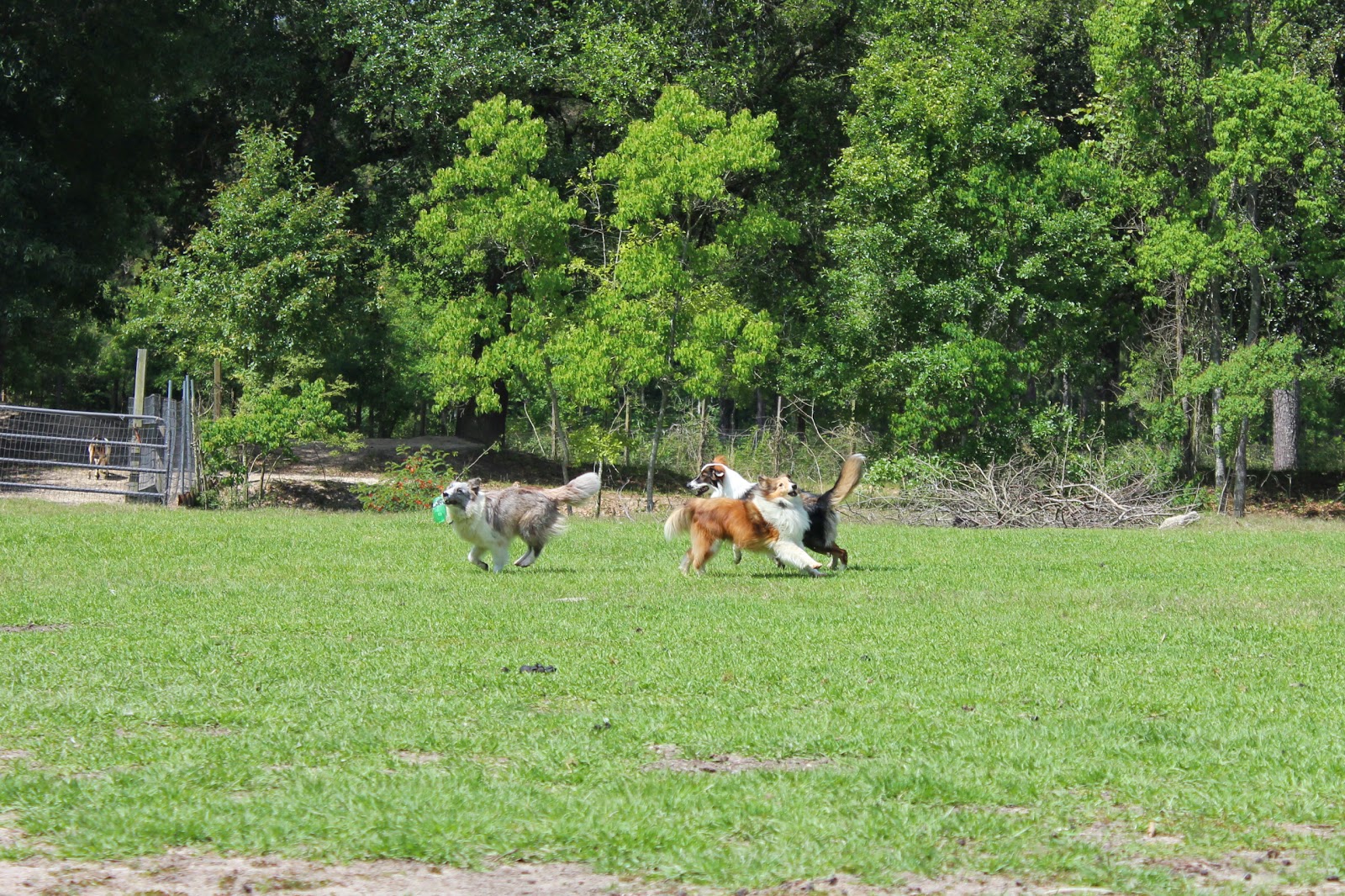 After chores we played a raucous game of fetch the bottle. 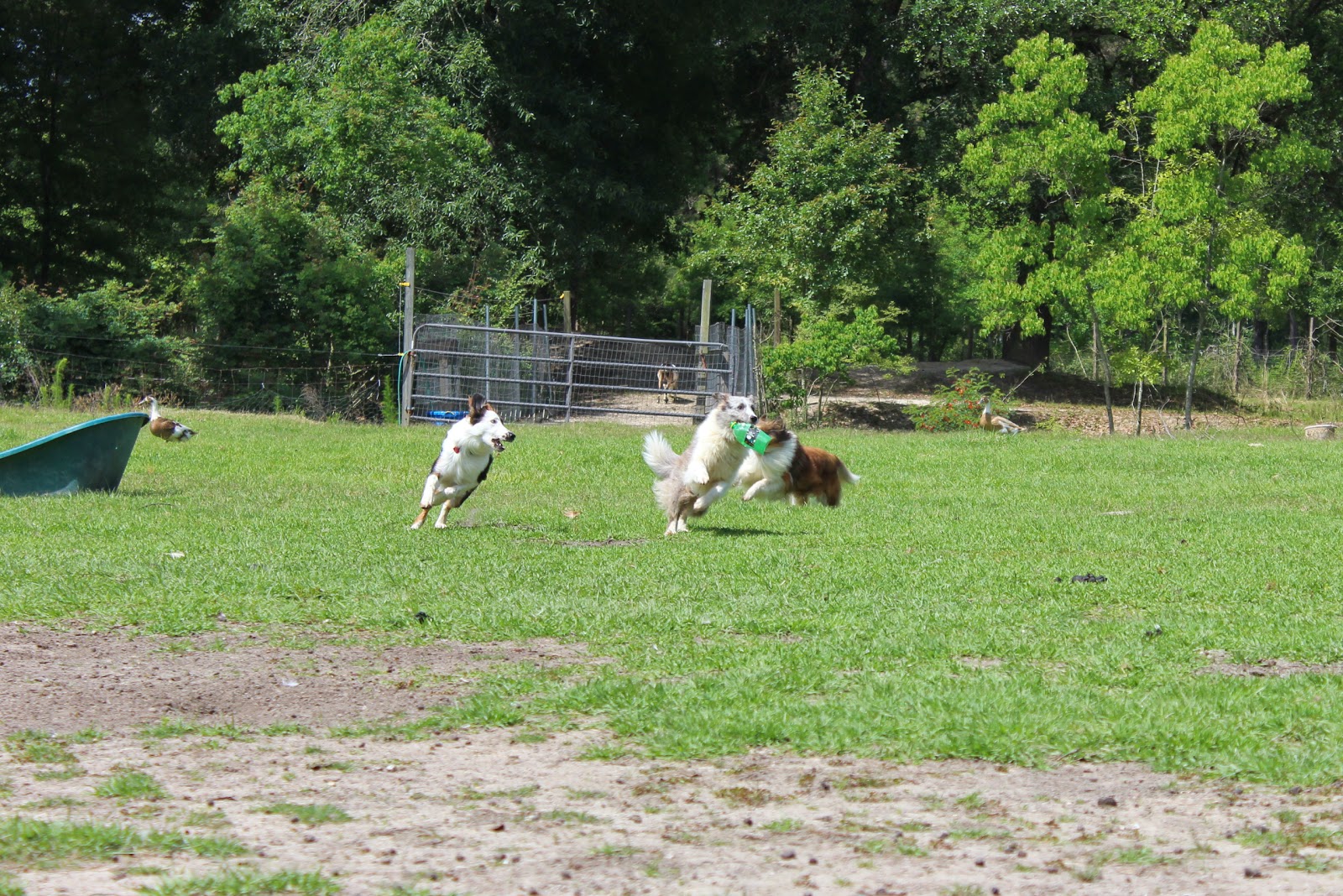 Despite his advanced age, my old man still gets around pretty darn good. Here he is running full tilt as evidenced by the hover-sheltie pose. 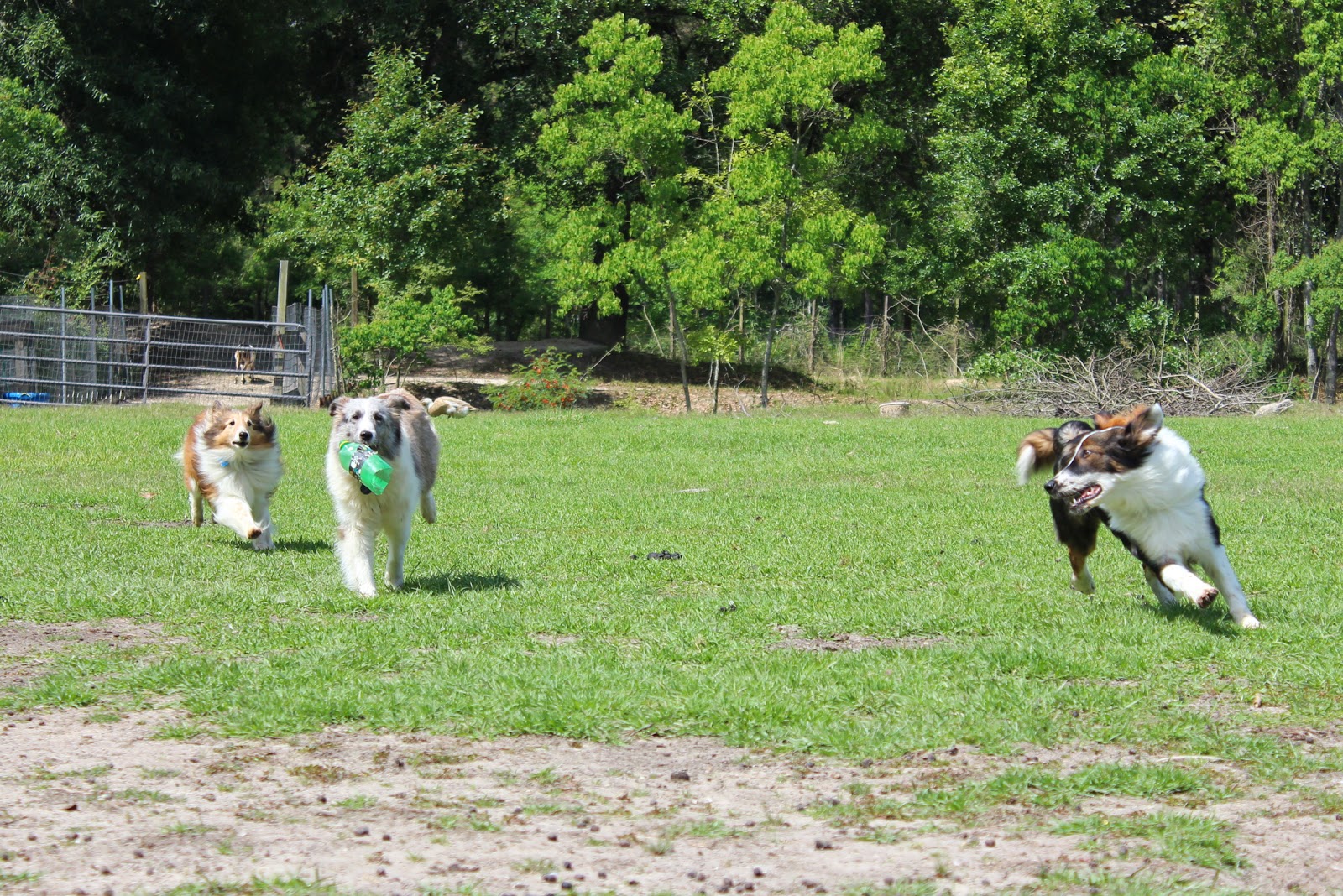 I credit his longevity and good health to an active life with lots of exercise, a balanced homemade 100% raw diet, and keeping him on high quality joint supplements all his life. 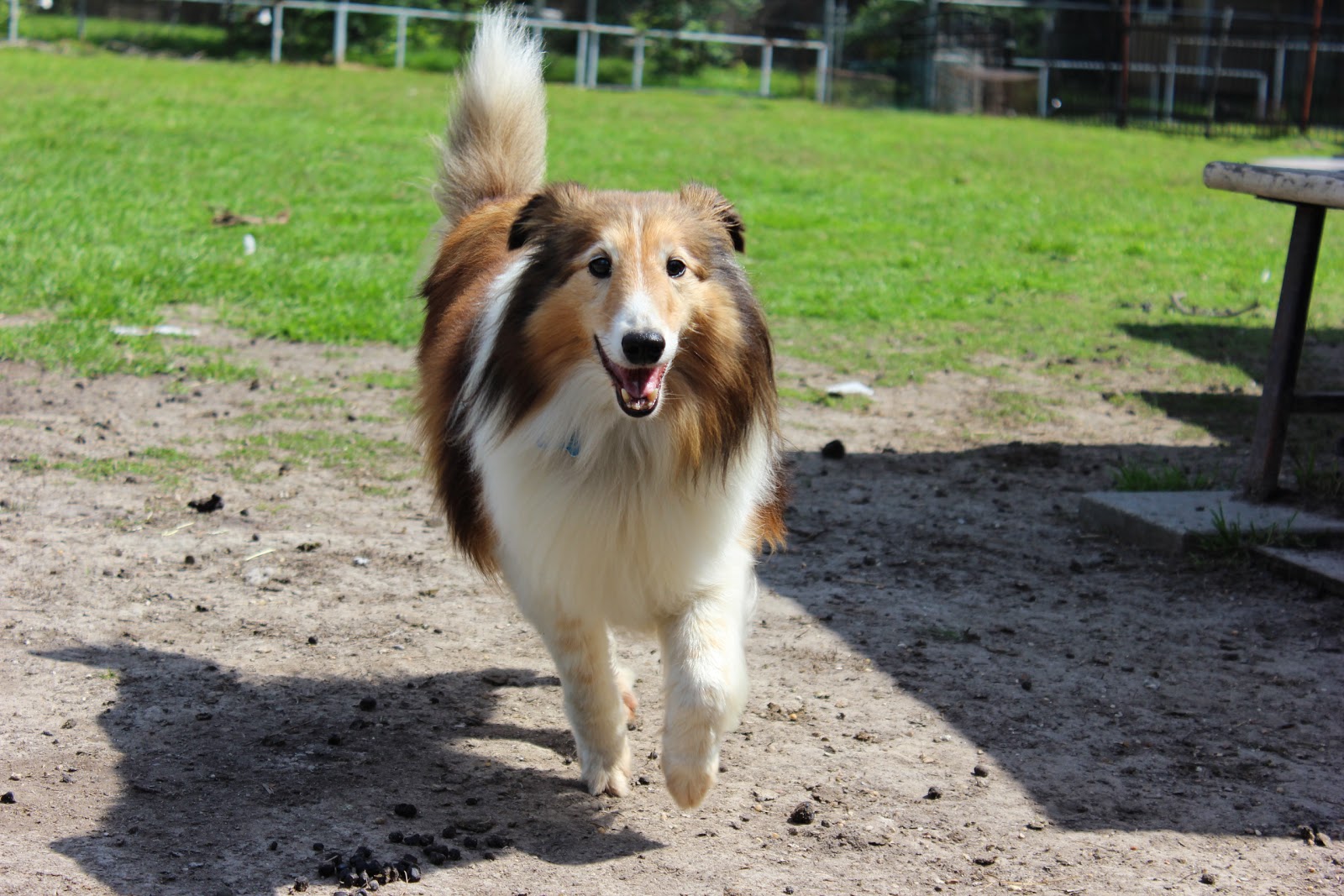 I got this wonderful boy as a rescue when he was about 1.5 years old. He had been neglected and abused. He was underweight and so matted that the rescue had shaved off all his coat. I was so lucky to find this great guy. He lives to please and will do anything I ask of him. He was nothing short of a prodigy in agility, earning his championship and placing in the top 15 in national competitions more than once. He did everything I asked of him with joy and enthusiasm. His actual official name with all his swanky AKC titles is:
MACH Sonny Bright Sunshine CDX RE HSAs MXB MJB OF

Part of the reason I even have a farm today is because of a promise I made to Sonny. He absolutely loved herding sheep and was a real natural at it. From the first day I herded with him, I promised Sonny that someday he would have his own flock of sheep. Unfortunately, circumstances have made it so that he cannot really work the flock as much as I would like, but I try very hard to give him a chance to work his sheep as often as I can. 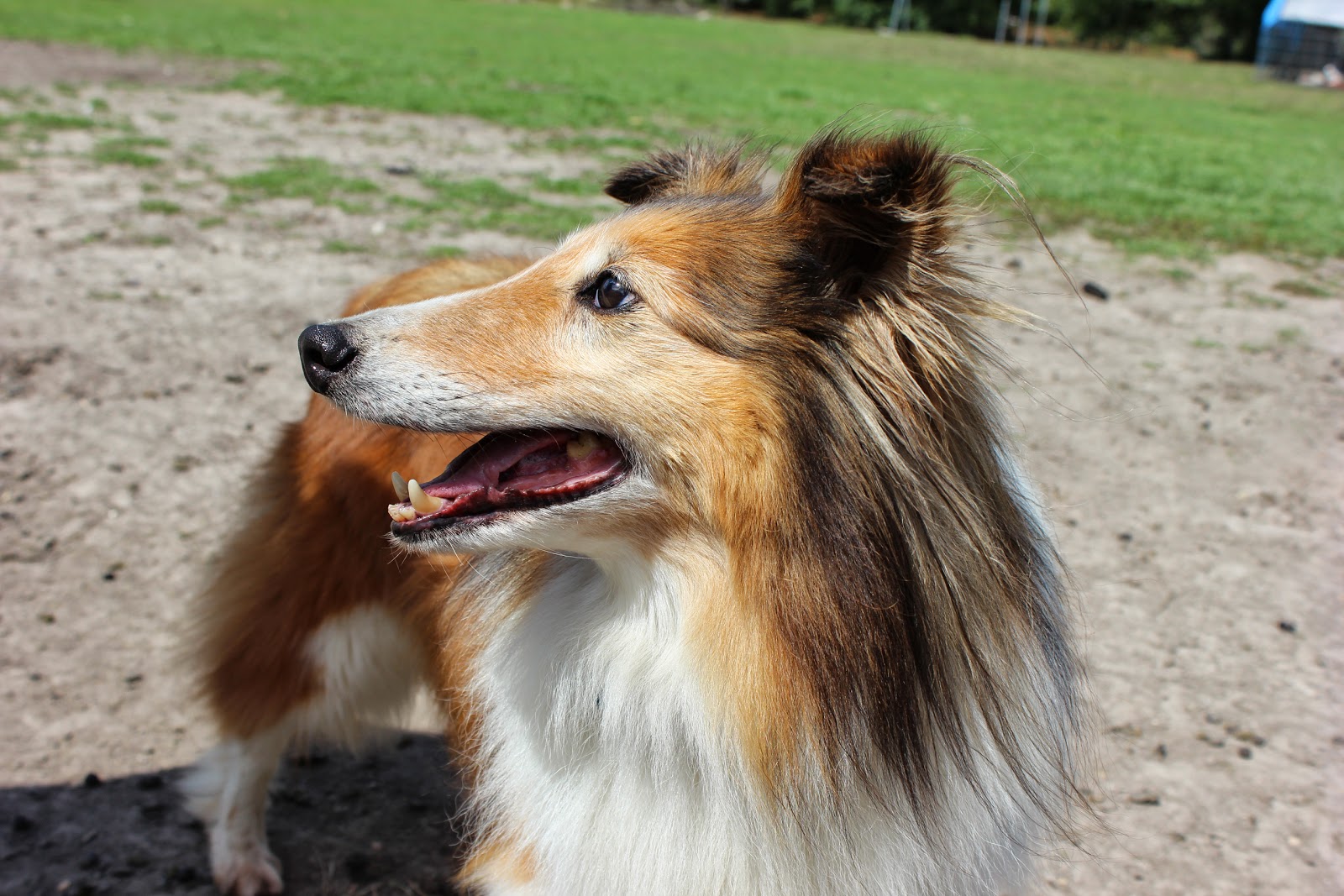 A couple years ago, we noticed that Sonny's metal acuity was starting to slip away. He wasn't responding to his name or his usual commands. He was easily confused and even seemed to get lost in the house. He was also very short tempered with the other dogs, getting upset ans starting fights at the slightest provocation. Luckily, I happened upon a supplement called Senilife through my work at the vet. It is specifically made for older dogs with dementia. The difference this supplement has made for Sonny is amazing. He is almost back to his old self. The only problem we have now is that the old guy is pretty much deaf. He is happy to respond to hand signals and takes his cues from the other dogs so it really doesn't pose much of a problem anymore. He even came out to obedience class with me last week and no one even guessed there was an issue.  He was darn near perfect as usual!

Happy Birthday, Sonny! Thanks for being the best darn dog a girl could wish for!