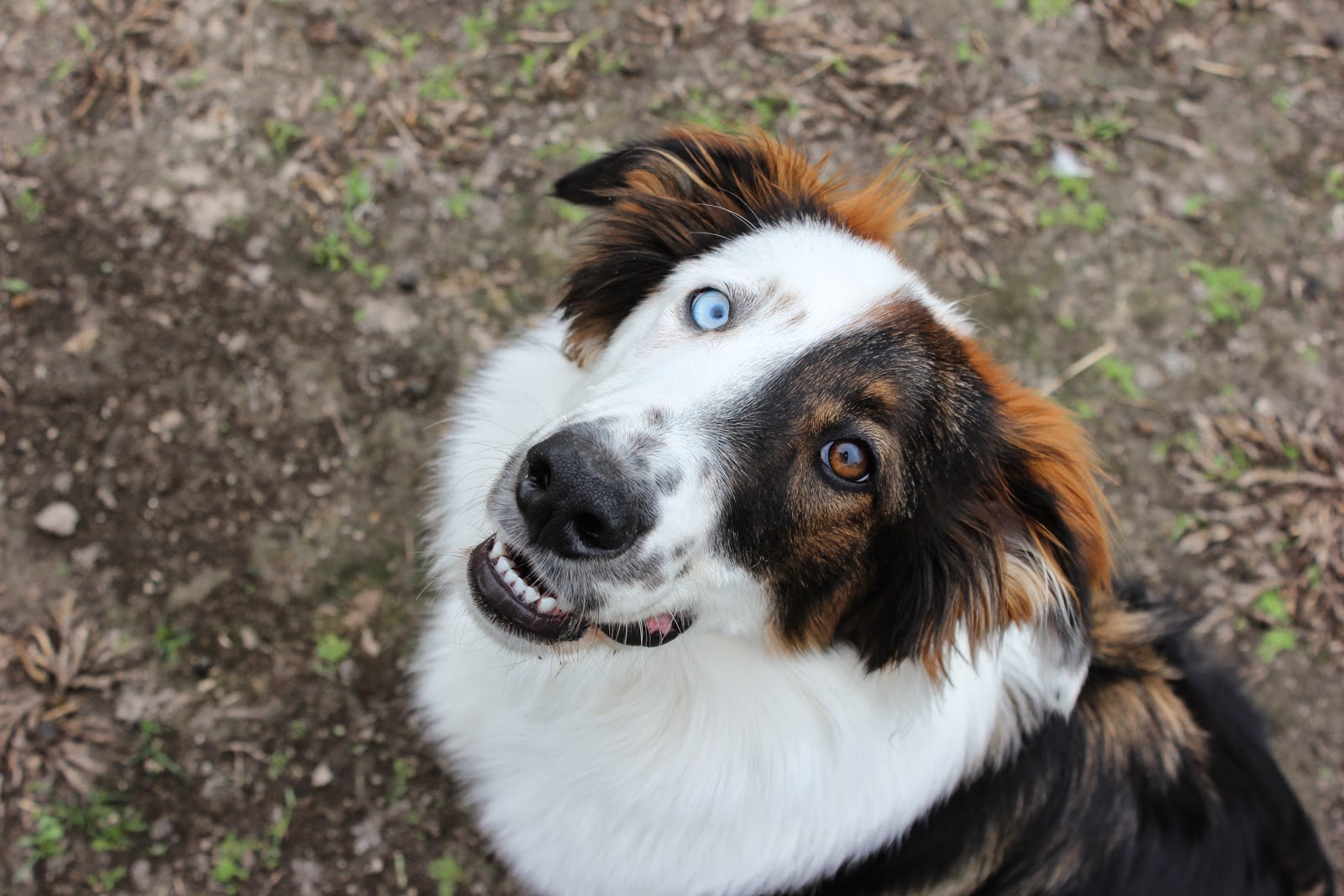 I am well overdue for an update about Rialey, our new farmdog. She's about six and a half months old now and is fully into her "teenage years." 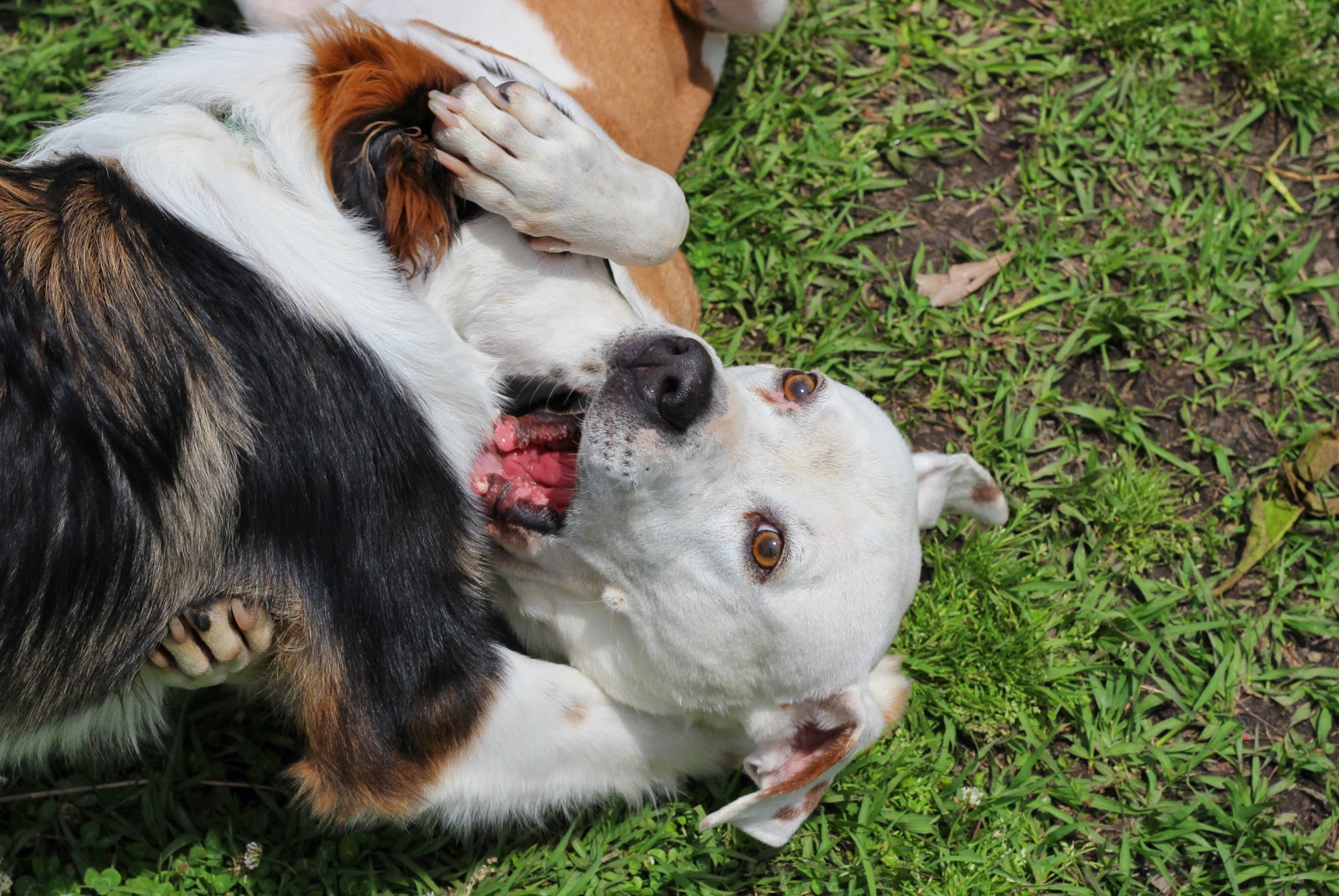 She has gone from my sweet, do anything I ask puppy into a total wild woman. She likes to run over ducks at top speed for no good reason. I have to keep a close eye or she will run the whole flock of sheep from one pasture to another. She loves to run and run and run around the backyard generally annoying the older dogs into games of tag and keep away. She and Barley play endless games of bite-y face and full body wrestling. The other day I even caught her standing ON a chicken. Not trying to harm it in any way, just ya know, using it as a step stool. Rest assured that the chicken was none the worse for it. 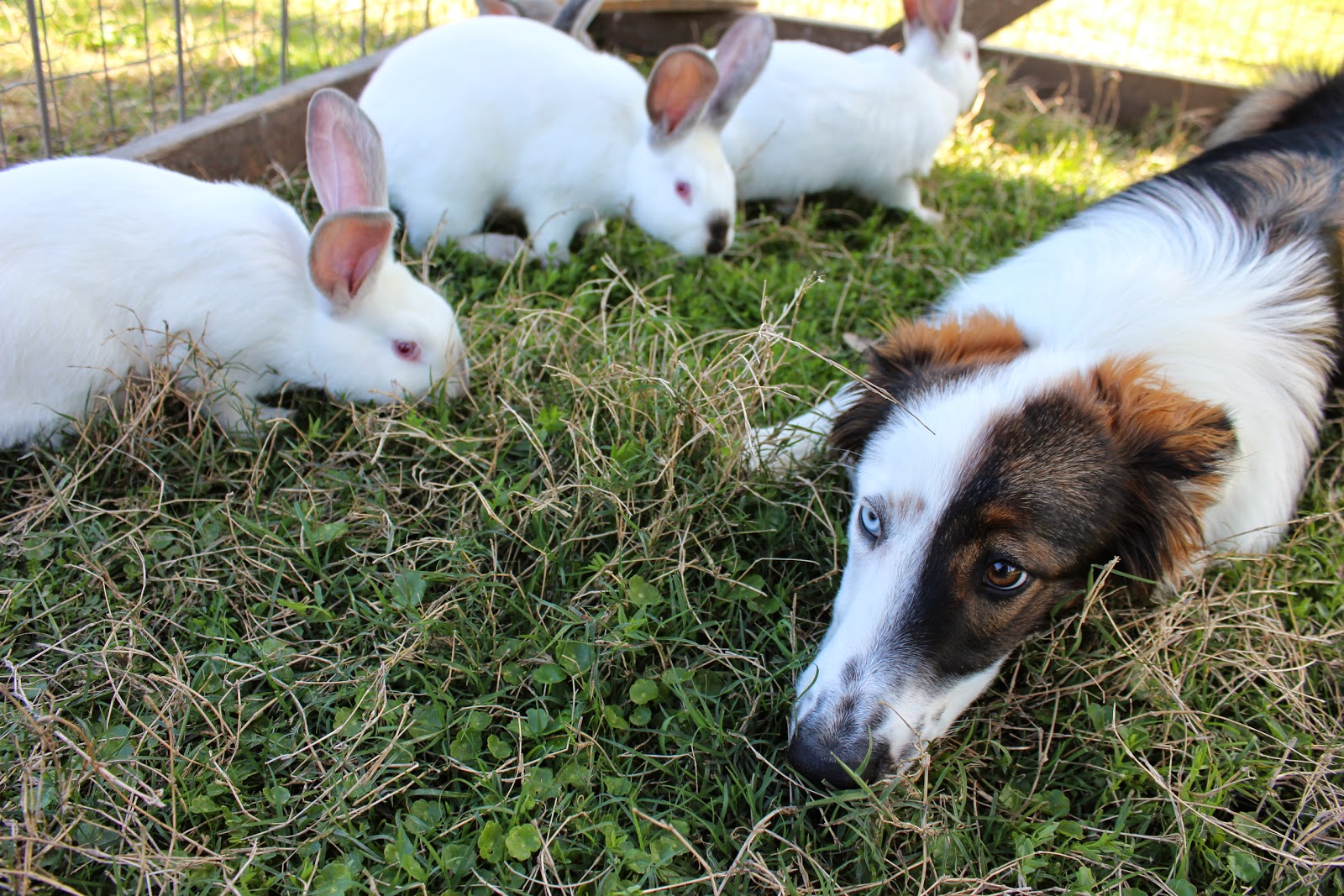 All that said, she's still shaping up to be a really awesome farmdog and general helper. She loves bringing me things. Every evening after dinner, she picks up everyone's bowls and delivers them to either myself or Big Onion (whoever has the best treats of course). She will also carry feed scoop, cups, and small tools so that I have a free hand to deal with pen doors and livestock. 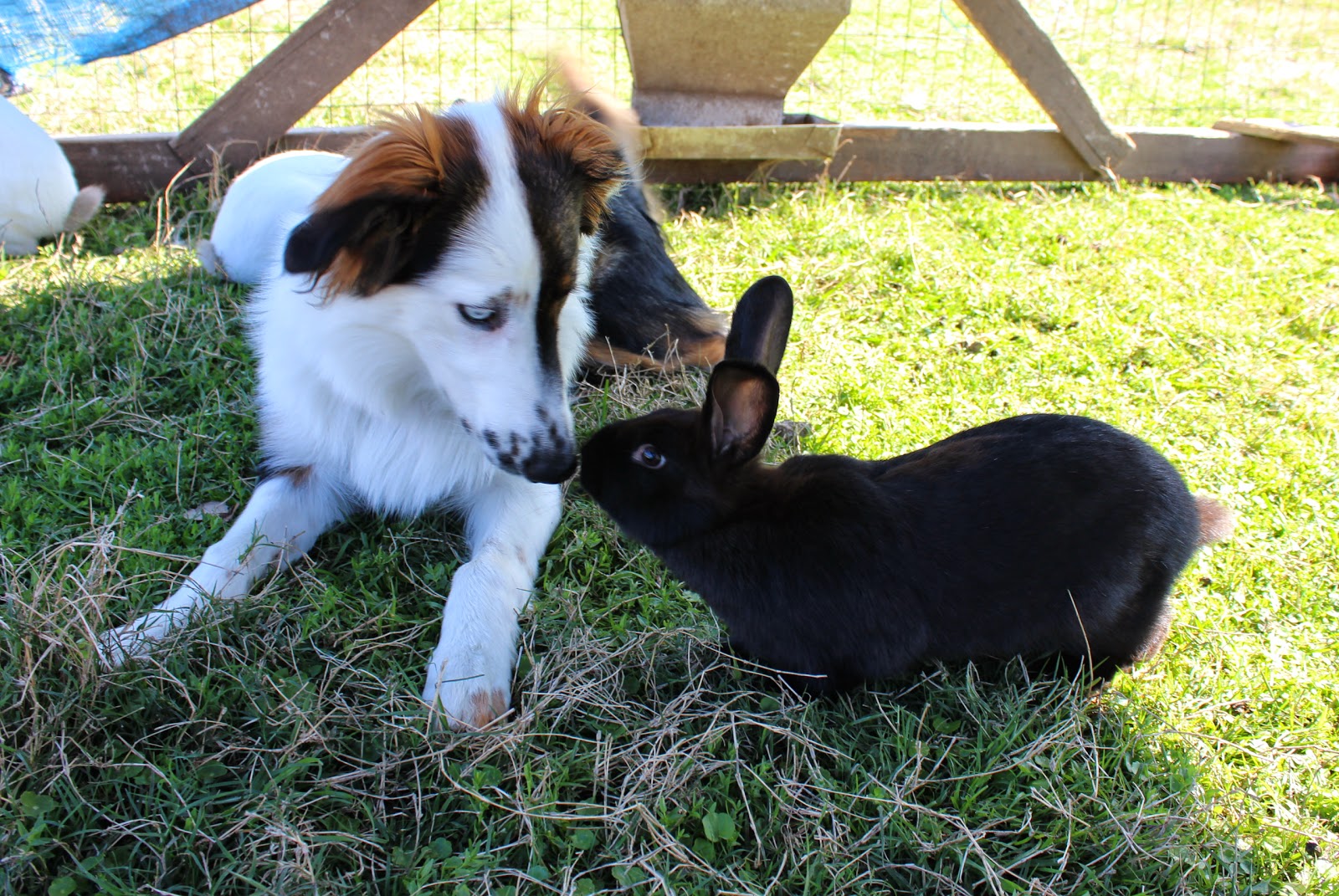 She comes out with us and Luna for chores every day. She is quickly picking up the rhythms of the farm and seems to understand when something is out of place. One day, I was feeding the bunnies in the pasture pen when a little one hopped right over my foot and out the door. Before I could turn around, put down everything I had in my hands, and get the door secured again, Rialey was right there on that bunny. For a second I was afraid she would try to grab the little thing, but instead she swung around in front of the bunny and put one of her big old muddy paws right on its head as if to say, "Stop right there, mister!" The bewildered bunny stopped right in its tracks and Rialey plopped down right in front of it with a paw on either side and held it there until I could scoop up the errant little thing and put it back into the enclosure. Without Rialey's quick actions, I don't know how I would have caught the little guy. 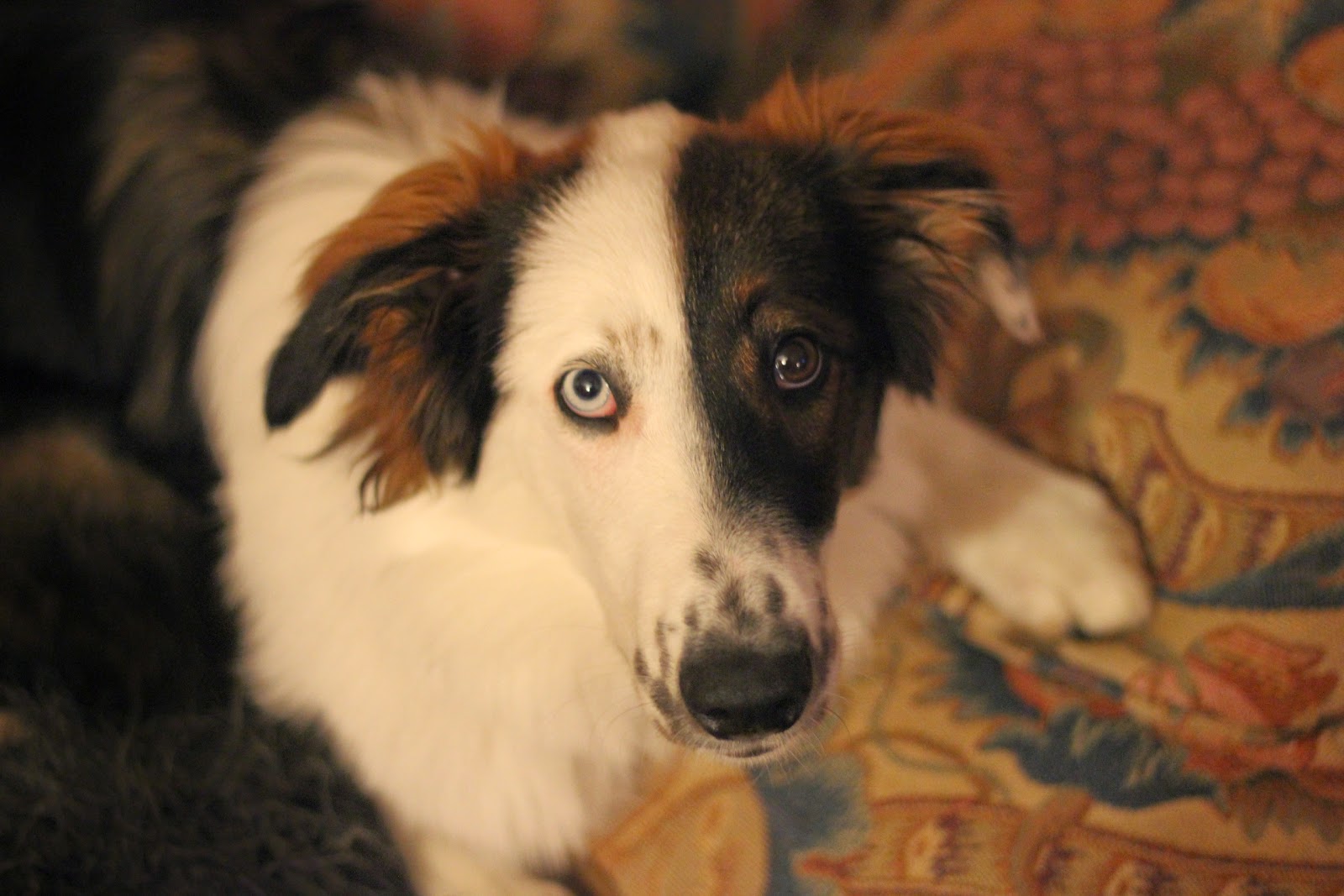 She has gone out to a few obedience lessons, mostly for socialization. She has a number of dog friends that she loves to play and wrestle with. She is still learning to trust new people, but is to the point now that she will happily approach most people and accept pets as long as they don't reach over her head too quickly (something to work on). We also went out for one herding lesson. She had a great time working sheep that were much calmer than the ones we have here. I was proud of the confidence she showed working in a strange situation with new people and livestock around. By the end of the lesson she was going around the group and lifting them out of the corners something that is not easy for even an experienced dog to do. 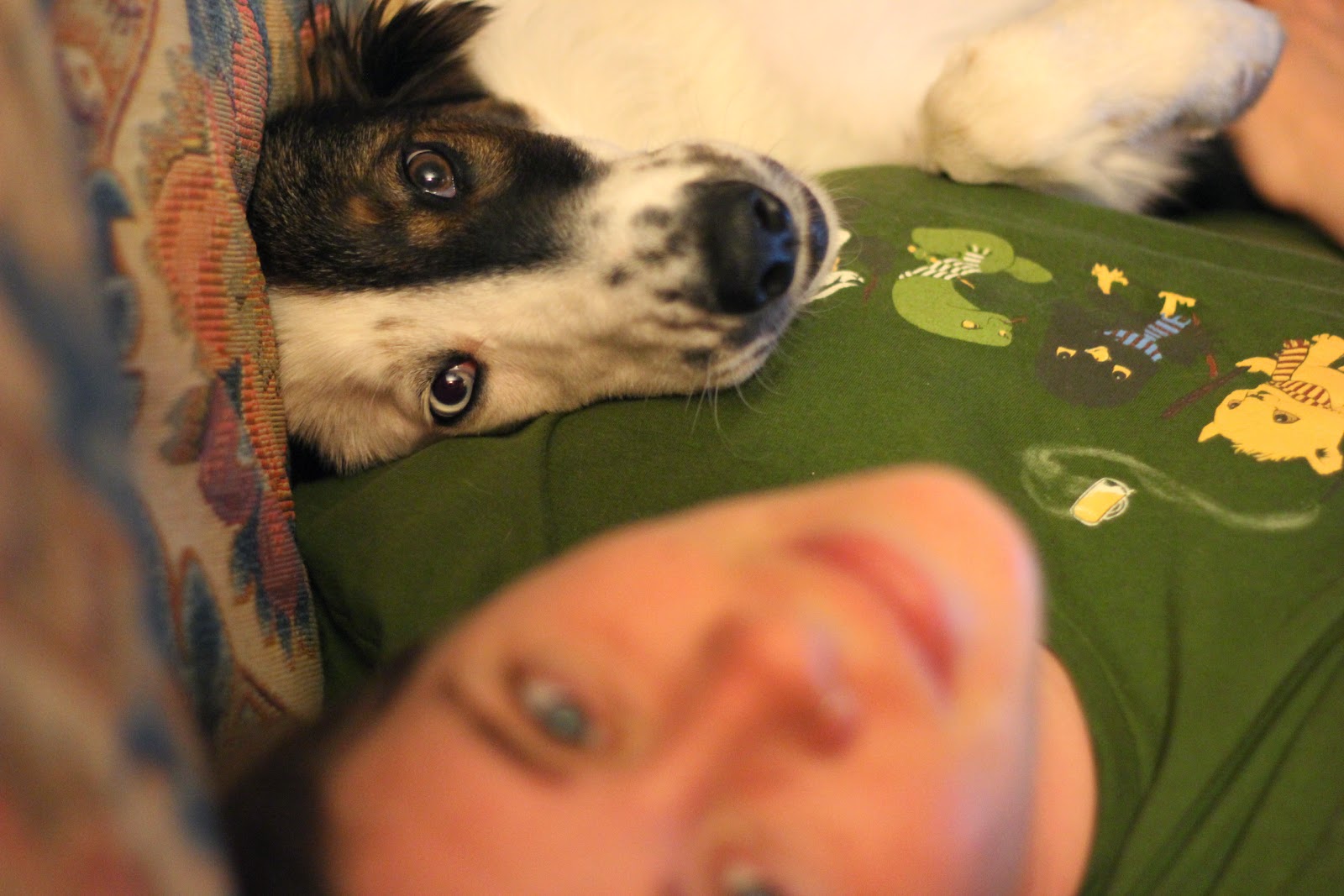 Around the house she is a total snuggle pup. I'm slightly embarrassed to admit that she often sleeps in the bed with us, something that none of the other pups do. She is already bigger than Luna. Right now she is weighing in right around 35lbs, and I suspect once she fills out she will be in the 45-50lb range. Exactly the size dog we were hoping for! 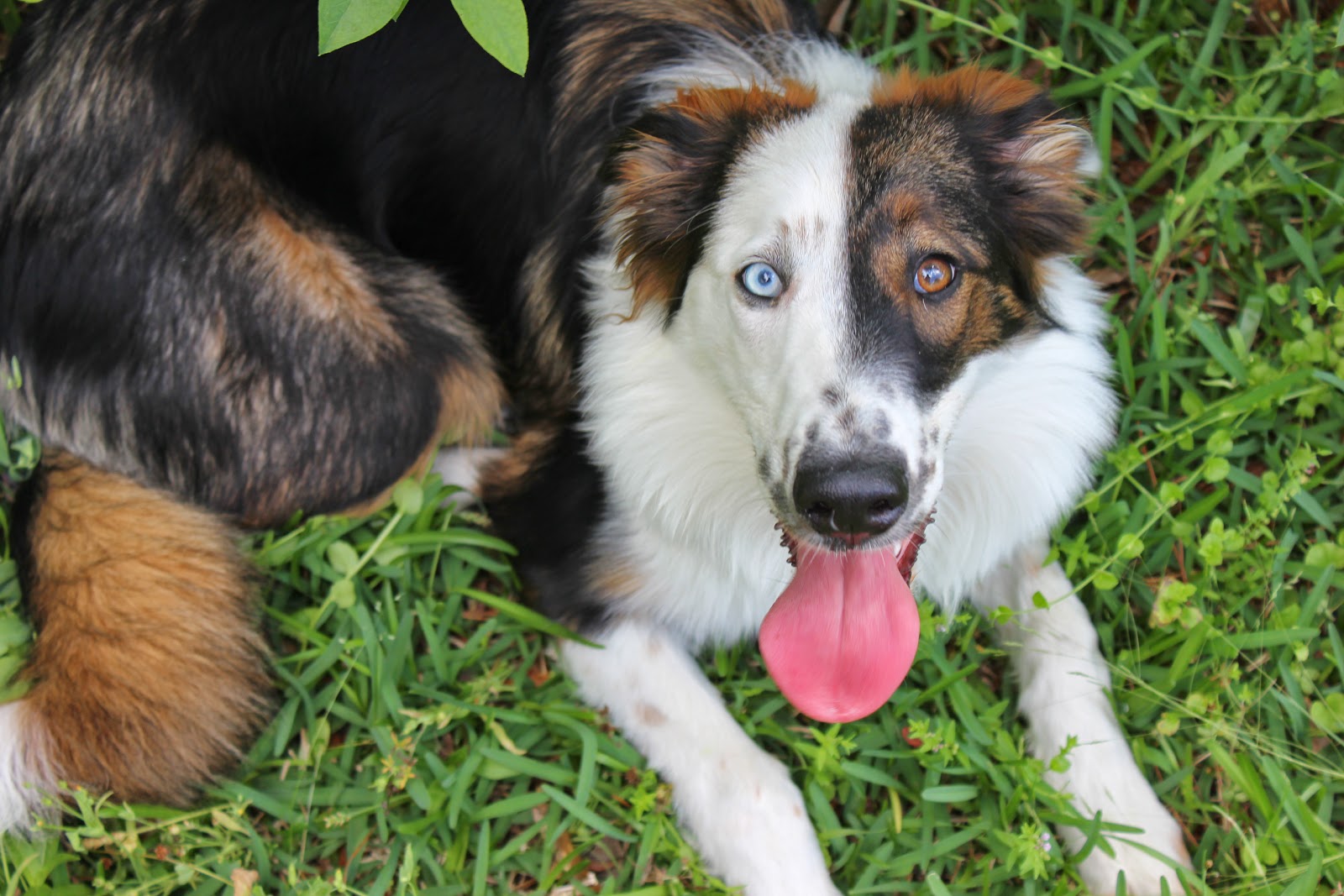 Overall, we are thrilled to have Rialey here on the farm and look forward to many years of working together. Thanks again to Caroline Betts of Middle Tree English Shepherds for sending this special girl our way!