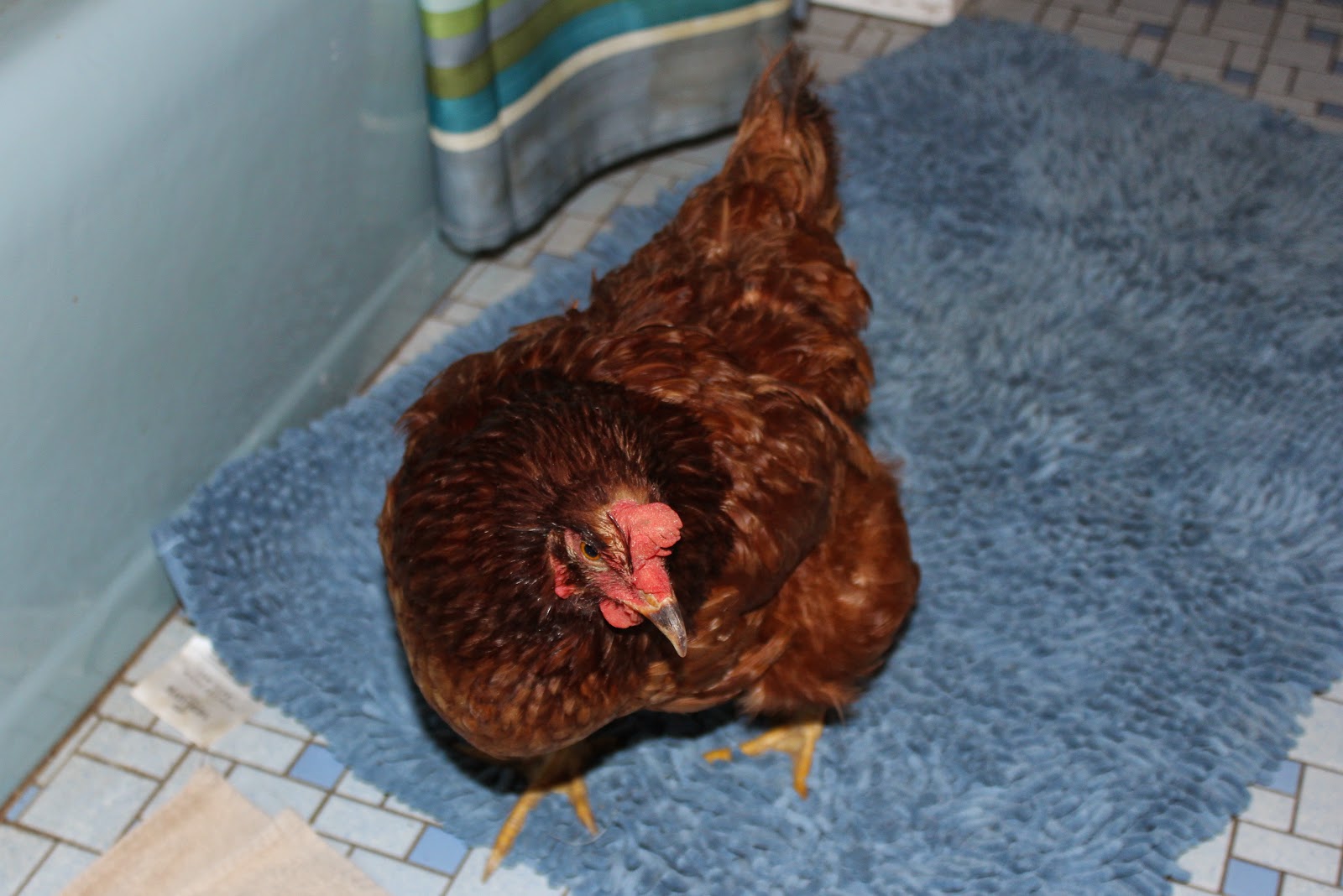 I had been seeing this little red chicken acting funny for a few days. Her comb looked pale, her feathers mussed, and she had a habit of just sort of hanging out against the walls in the coop instead of going out and foraging with the rest of the flock. 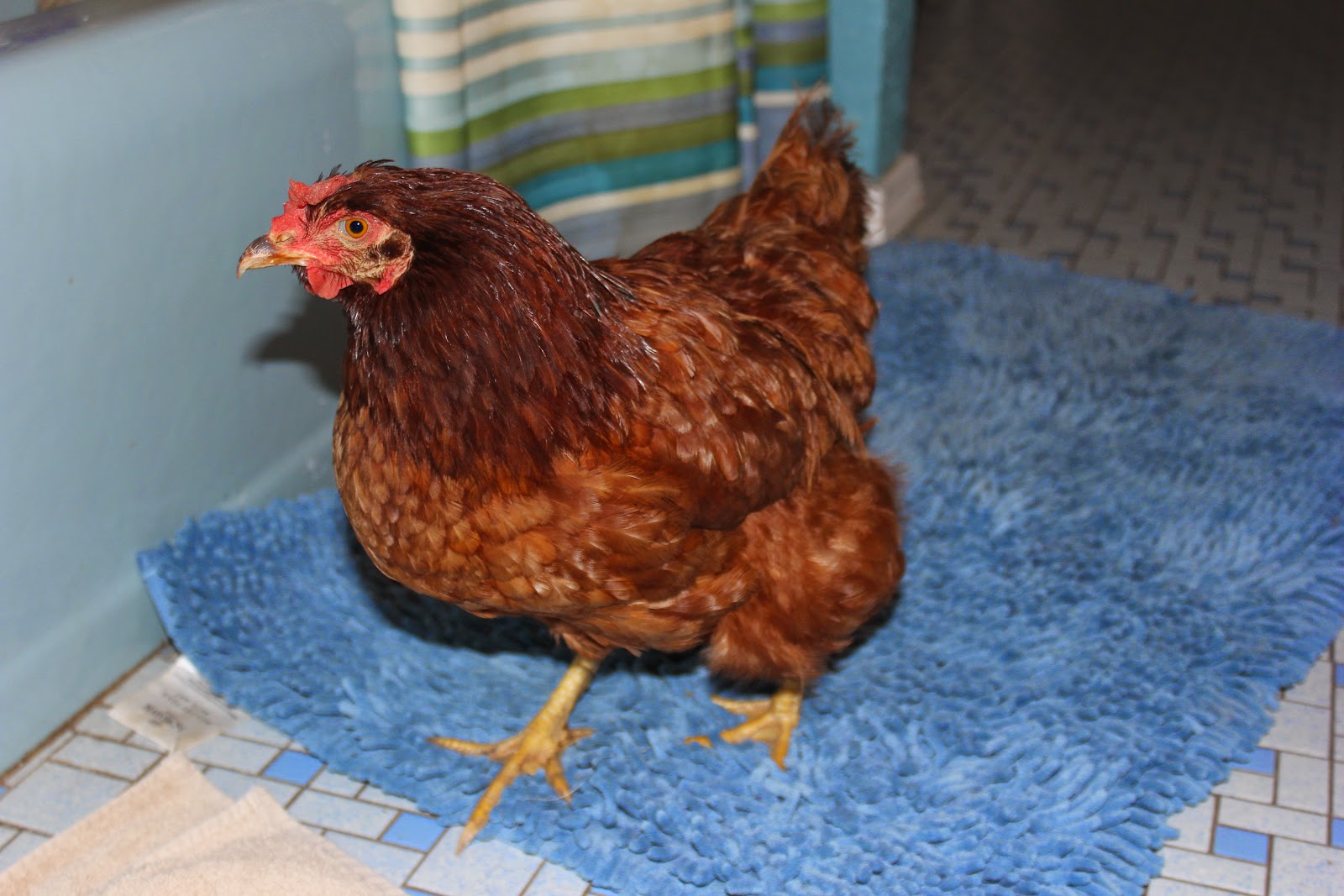 After noticing this for a little while, I finally got my hands on her and gave her a good exam. She was rather thin, but had no wounds that I could find. What she did have was a rather large, solid mass low in her abdomen. Ah ha! She must be egg bound. 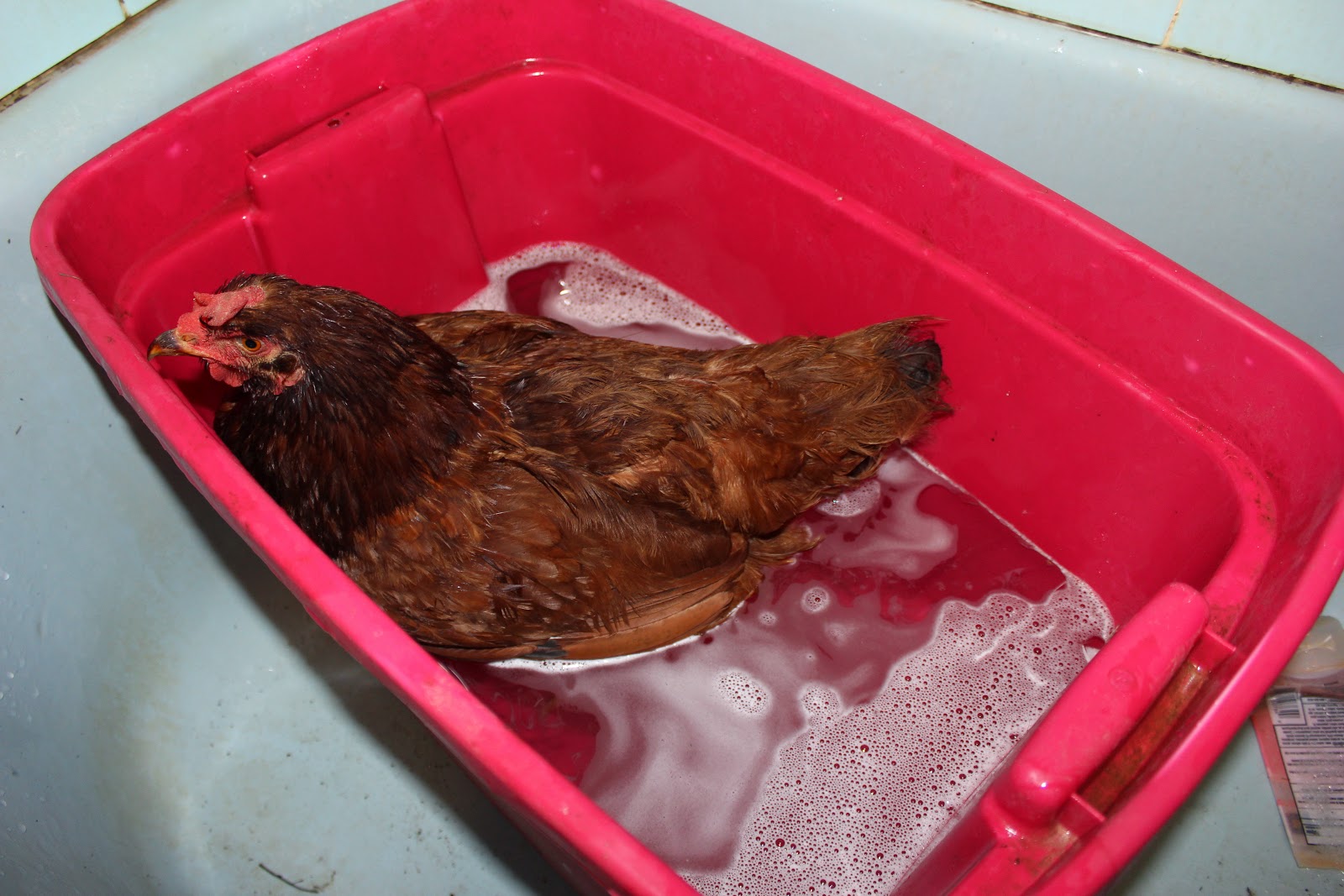 A chicken will get egg bound when an egg gets stuck in her oviduct. This can happened for a variety of reasons, but often it is because the egg she produced was larger than normal or misshapen. I decided to try the most commonly recommended treatment for egg binding - a good warm, soapy soak. 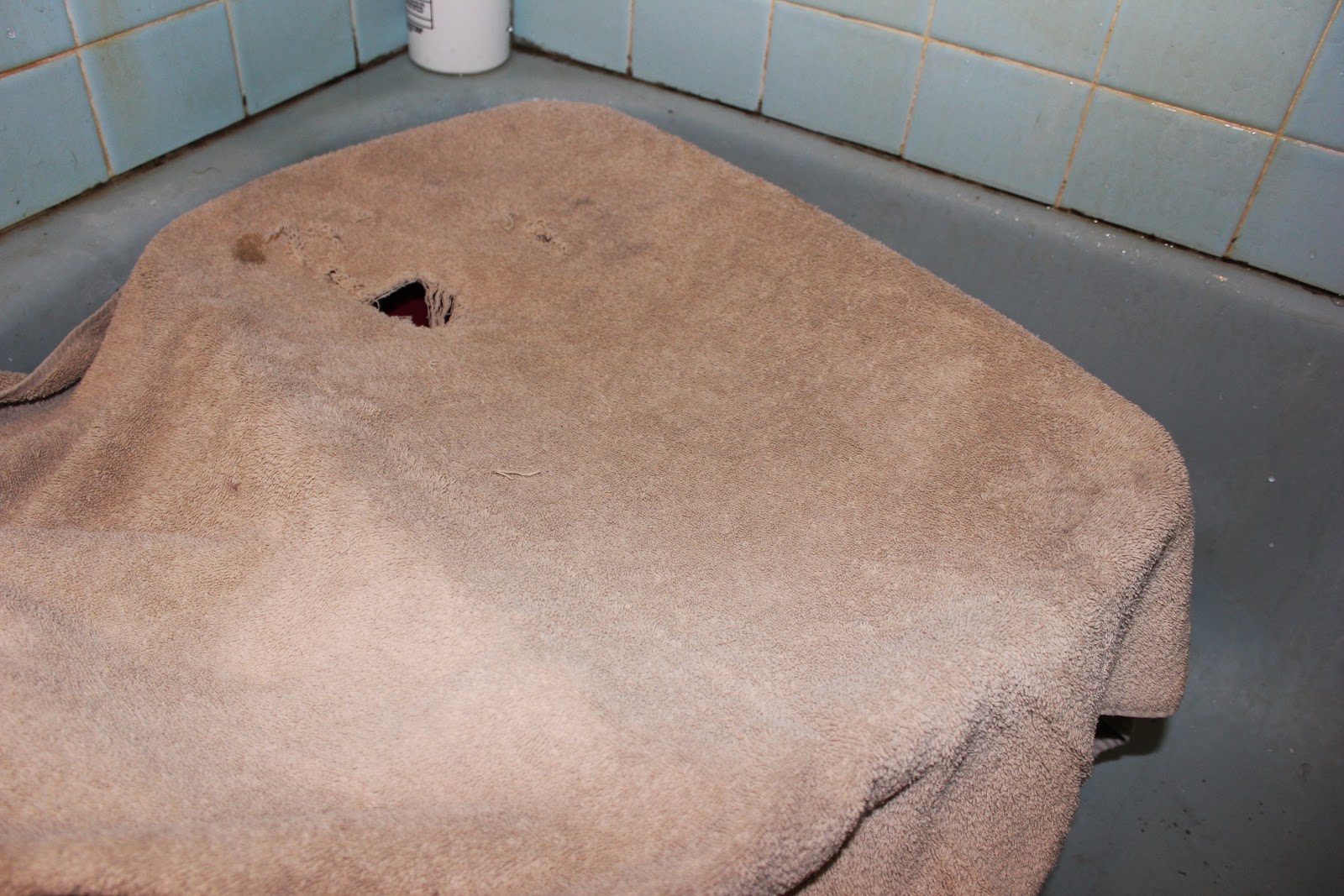 I even covered the bath so Ms. Henny could have some privacy...and so I didn't have a panicked, soggy chicken come flying out of the tub and flapping around my bathroom! For some reason, she did not seem to appreciate the spa treatment. 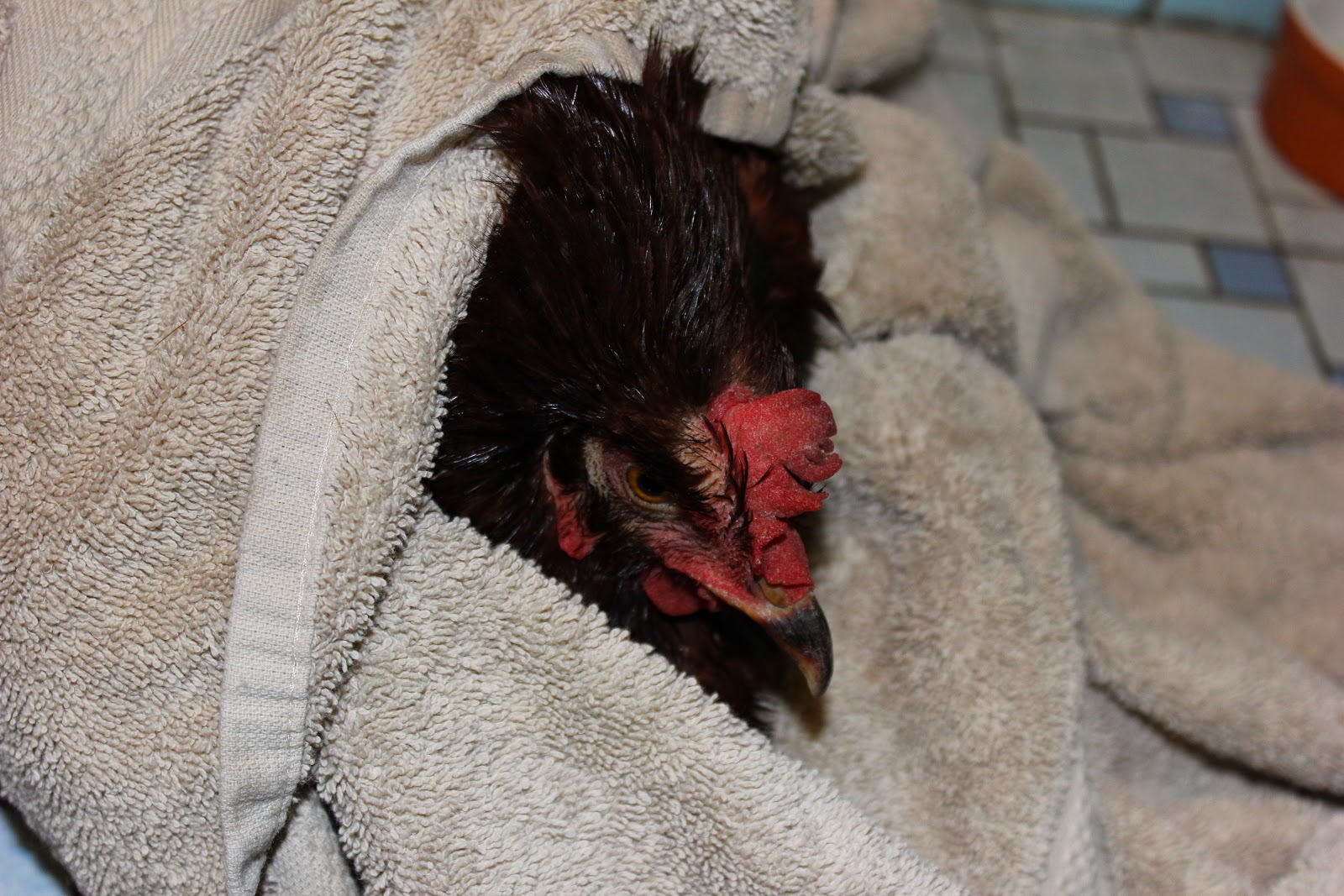 Once out of the tub, I wrapped her up in a towel and used the blow dryer on low to try and get her as dry as possible. Can't have our egg bound momma getting a chill. Then I tried very carefully to massage that egg out, but it wouldn't budge. You have to very careful doing this. I've read that if the egg breaks, those sharp shards of egg can do some serious damage to the inside of the hen. 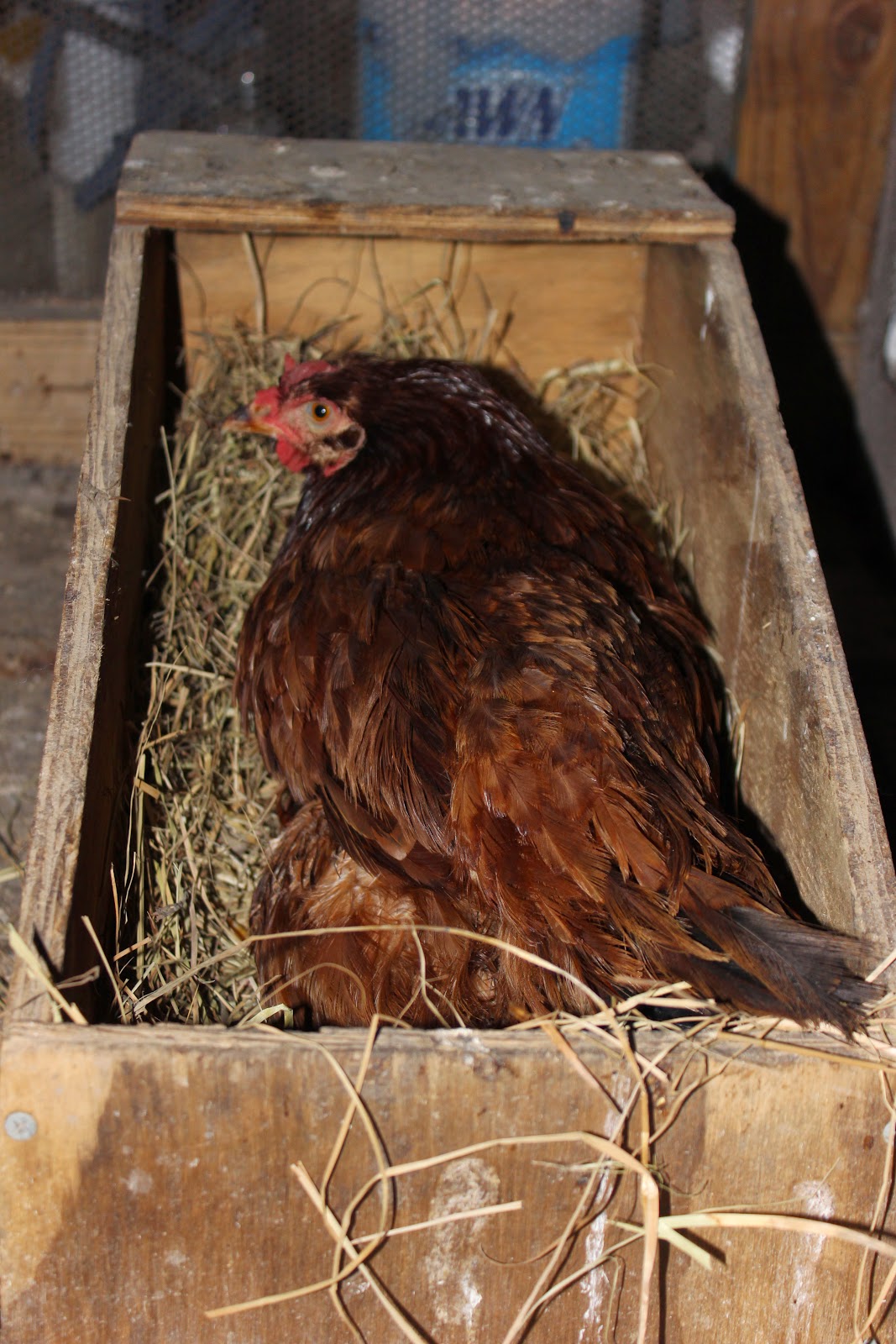 Once she was totally dry, we set her up in a pen by herself with a private nest box and hoped for the best.

The following day, she still hadn't laid an egg. We gave her one more day, but the poor thing was looking so puny and sick that we made the decision to put her out of her misery. We then decided to do a quick autopsy to see if we were right that she was egg bound. It turns out the poor thing was full of this huge yellow mass. After doing a little research, it looks like we had an "internal layer."

From the Merck Manual:
In these hens, partially or fully formed eggs are found in the abdominal cavity. Such eggs reach the cavity by reverse peristalsis of the oviduct. If they have no shell, they are often misshapen because of partial or complete absorption of the contents. Frequently, only empty shell membranes are present. No control or treatment is known. This condition is related to erratic ovulation and defective egg syndrome.

So the mass I was feeling was technically an egg (really a lot of eggs) but all the soaking in the world would not have helped our hen. Once a chicken starts laying internally, the kindest thing to do is to put them down before they die from infection. Hopefully, if we ever see this again, we will recognize it sooner and take the necessary step to keep our ladies from suffering.