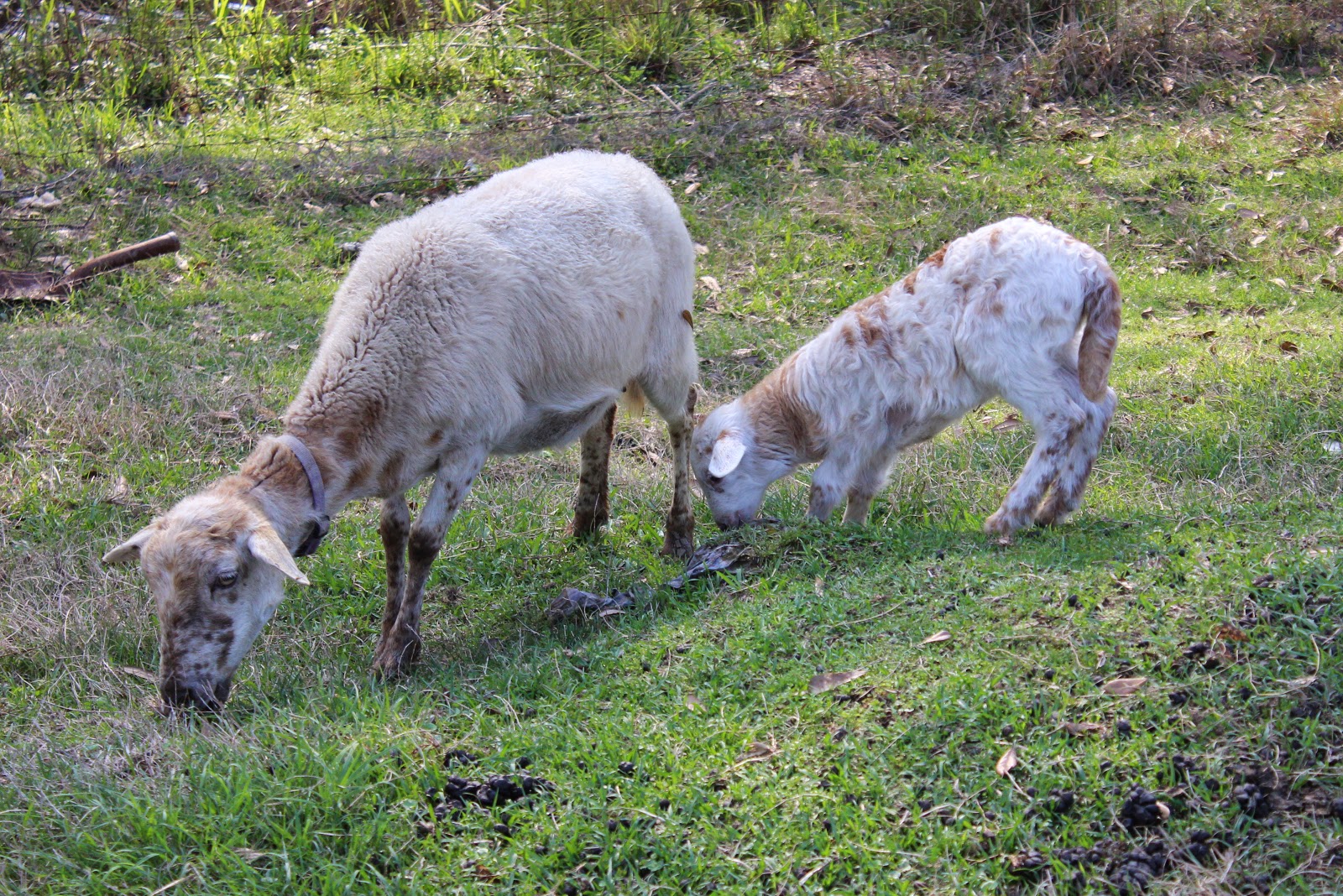 After seriously debating the future of sheep on our farm, I think we've decided to let them stick around a while longer. So far this year we've only lost one lamb, and that was from a mother who we didn't realize wasn't making milk for her little one until it was too late. Things can go south very, very quickly with newborns. Our sweet, departed Pepper's daughter Marcie (above) is doing a great job of raising her daughter, Patty. She's even passed on Pepper's smattering of speckles and extra deep voice that inspired us to call her Peppermint Patty in the first place. 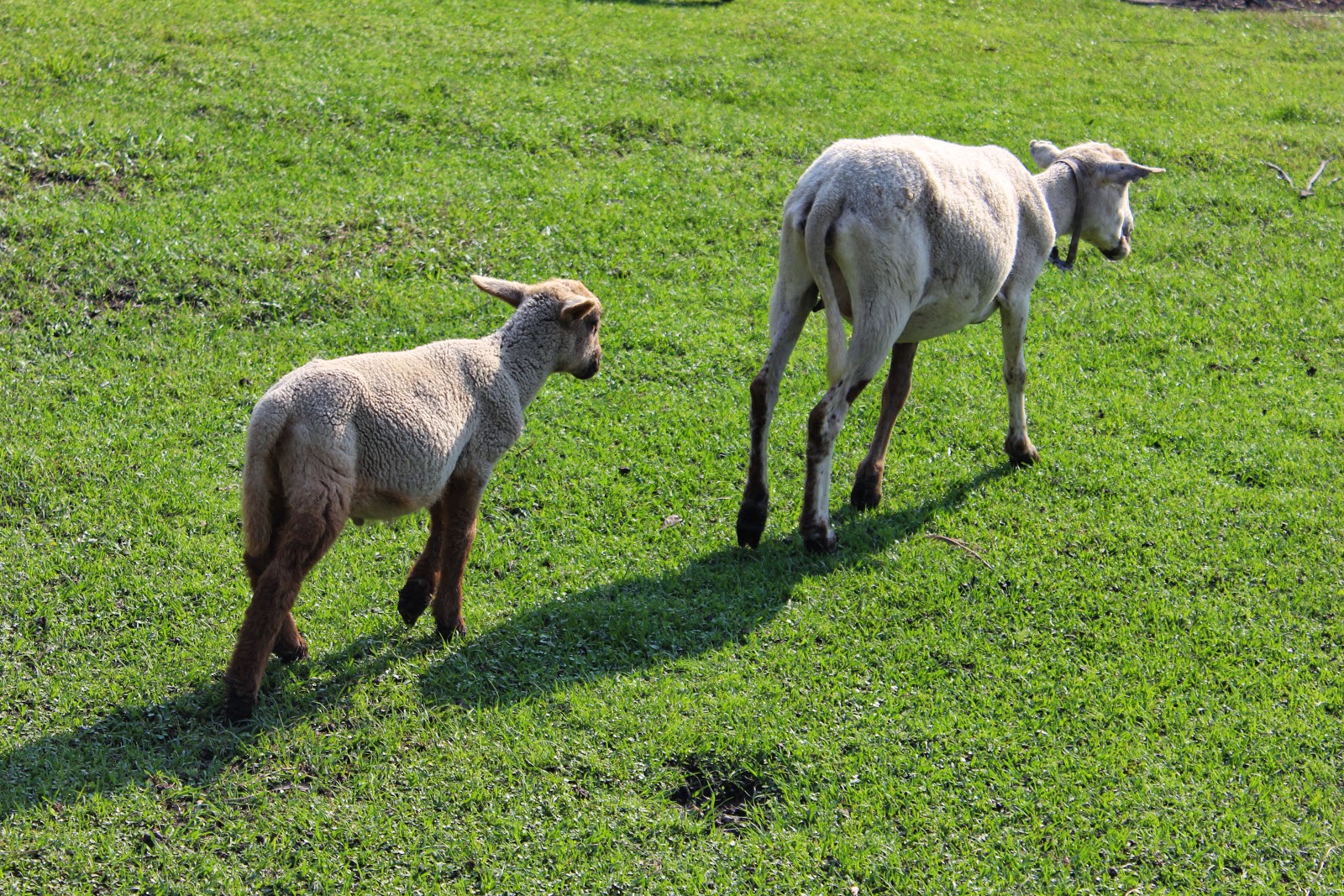 After initially trying to reject him, Bonnie is raising Charger into a big strapping boy with really interesting color. Charger is the first of the lambs to need worming, and Charger was the second lamb that Bonnie tried to abandon, so we'll be seriously evaluating both Bonnie and her son's future around here. 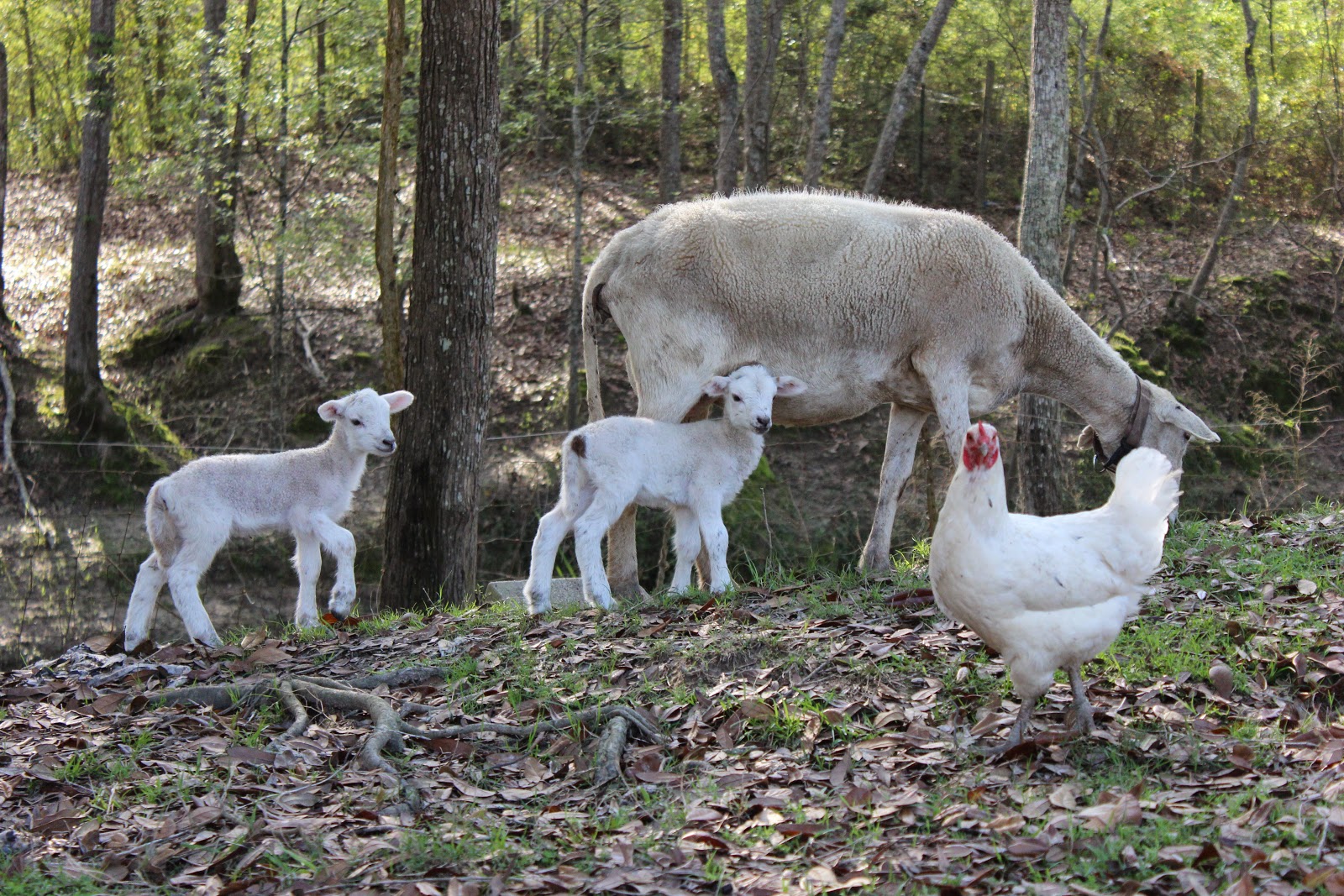 And our biggest surprise this year was that Nina gave us our first set of twin lambs! She had two little girls on St. Patrick's day that we decided to call Clover and Colleen. (Sorry for the chicken photo bomb!)

She lambed very early in the morning and we were lucky enough to walk out right as she was giving birth to the second of the two little girls and get it on video: 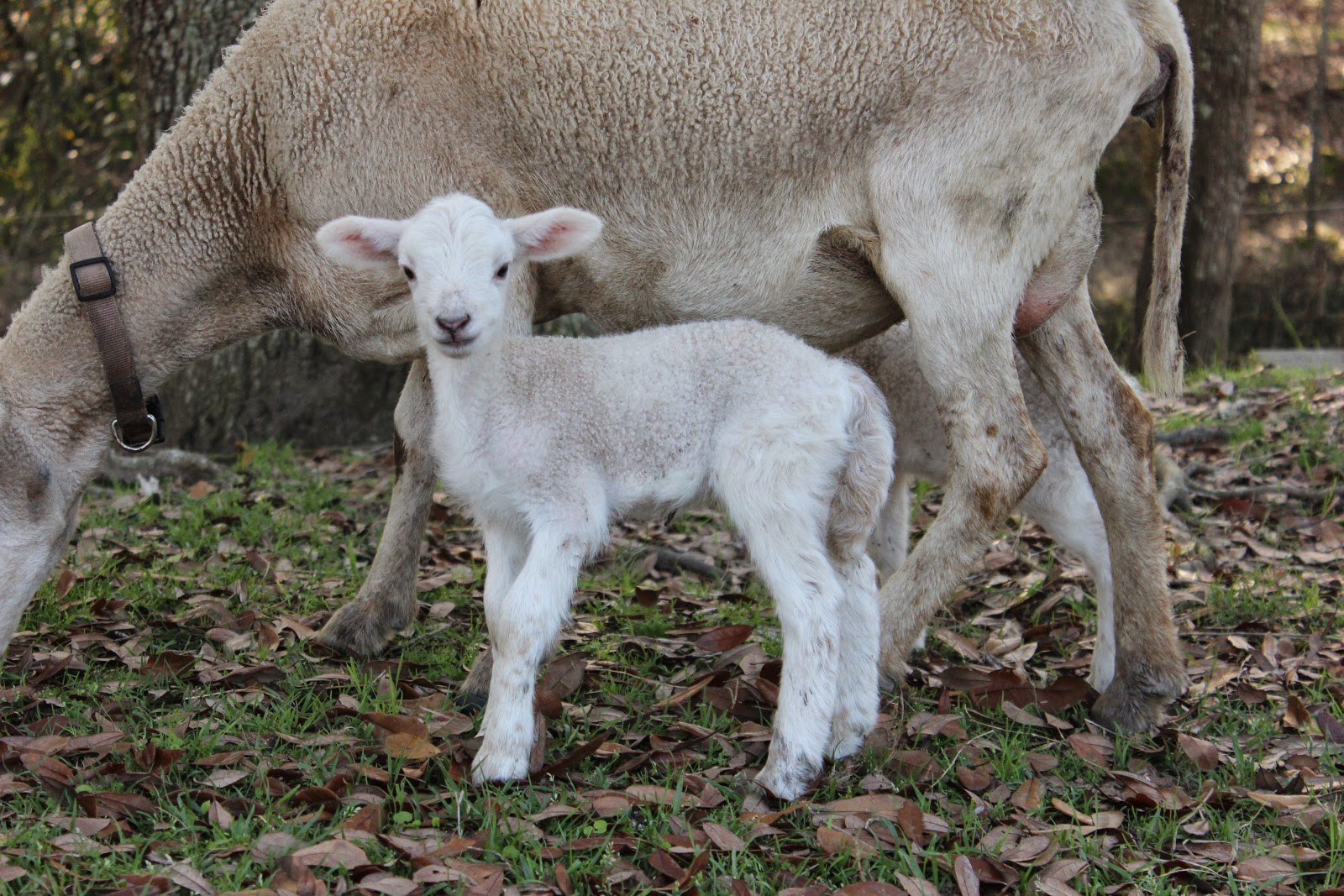 Nina was a good mom from the start, and you can see here that she had a very large, full udder. We were actually able to harvest a little colostrum to store away from her. 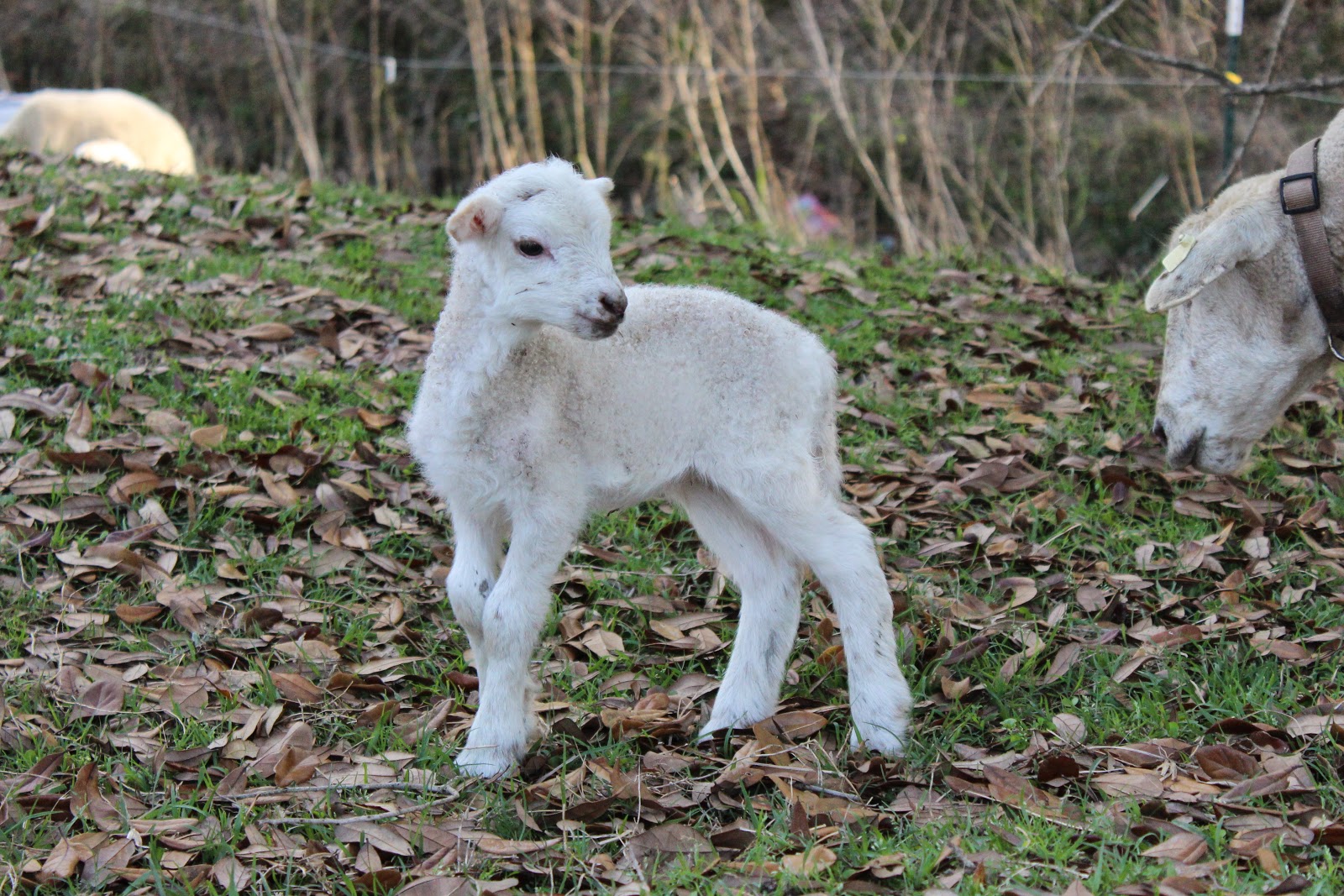 Since she has such good mothing instincts, has given us twins, and has a wonderful stocky body type, we will probably be keeping at least one of these little girls as a breeder. 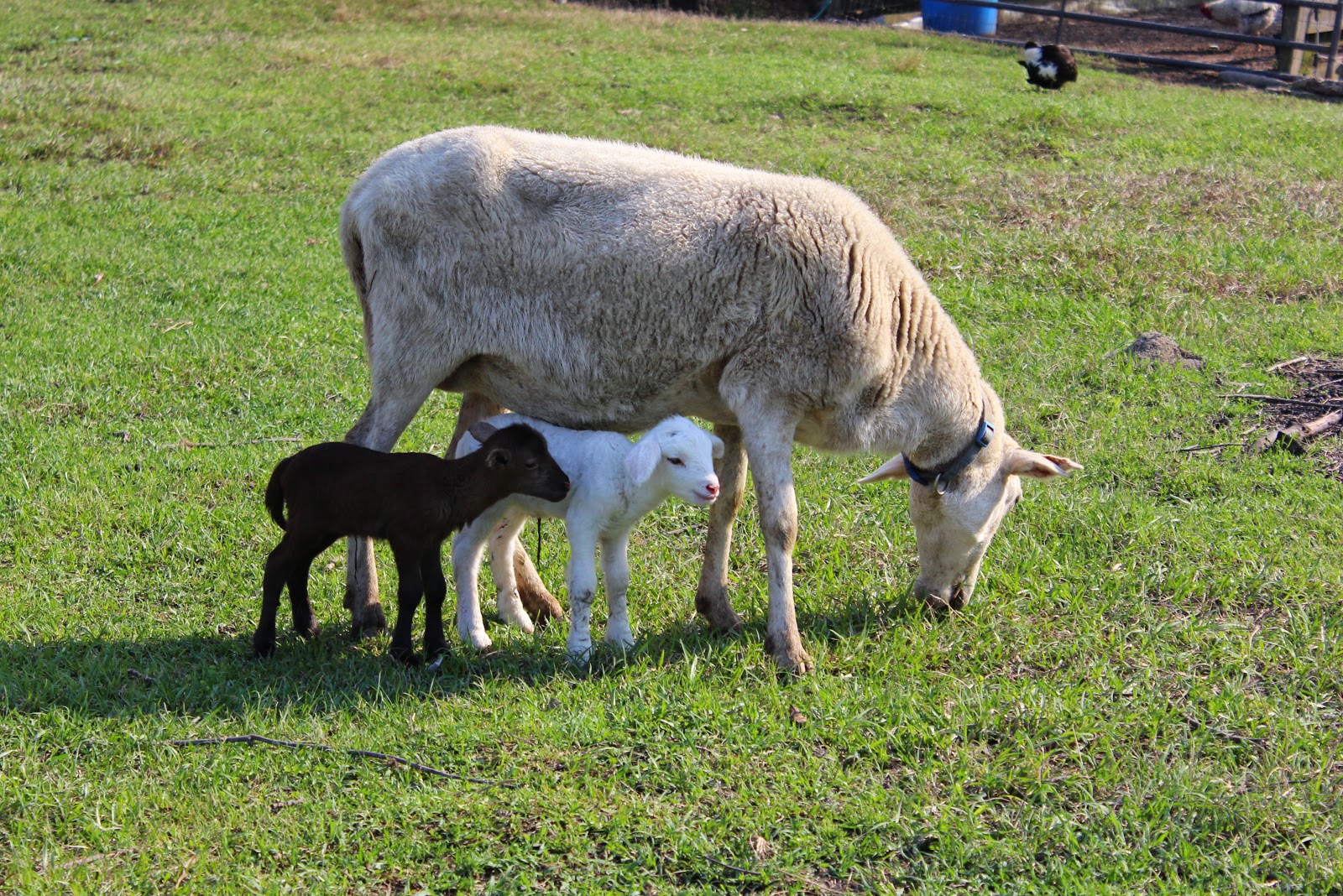 We were doubly delighted when just a few days later Louise gave us this mismatched set! The dark brown lamb is a little ewe, and the white one a ram. We decided to call the pair Ollie and Andy respectively (any Bob's Burgers fans out there?). 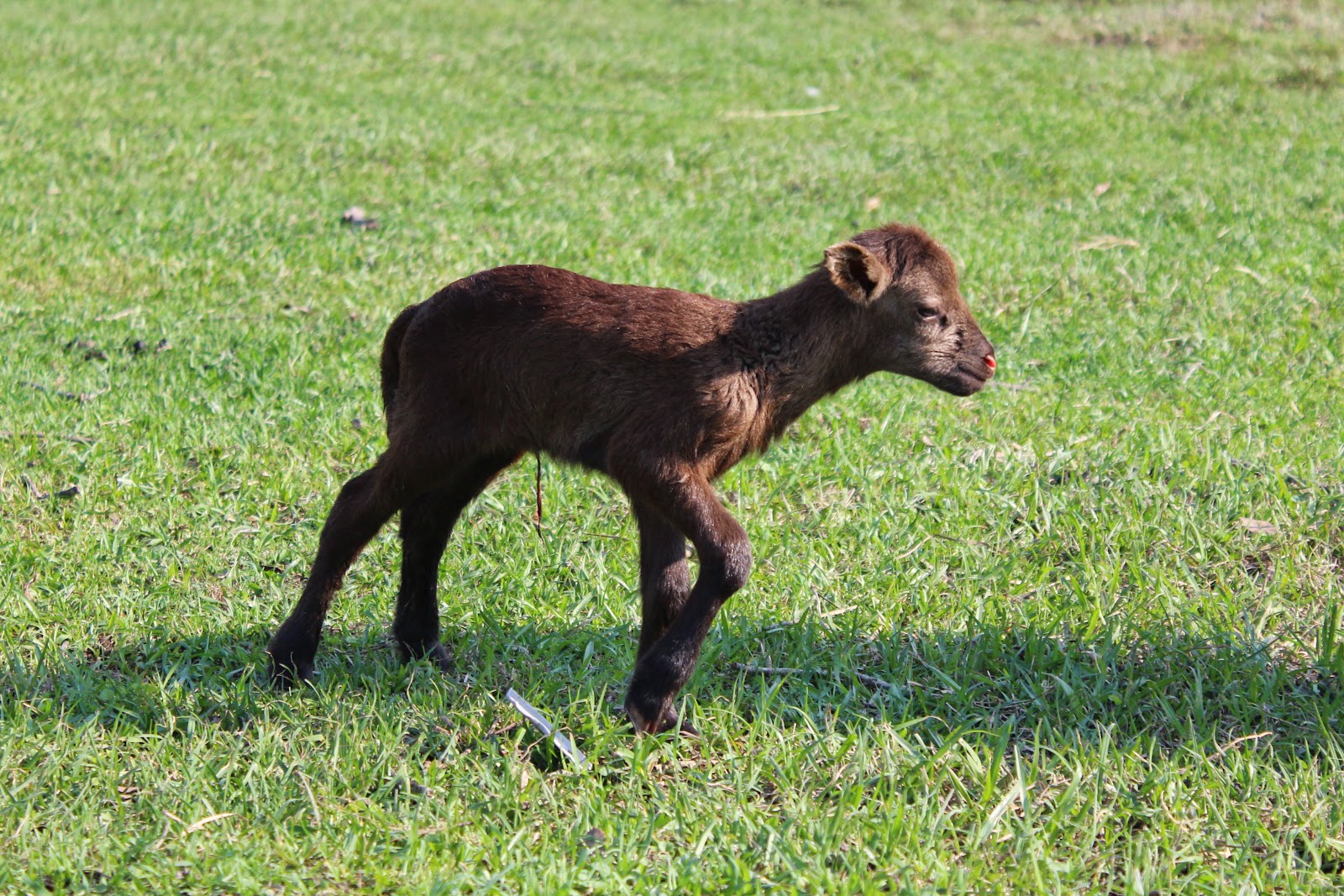 Although Maggie has been an excellent mother, Little Ollie gave us some trouble from the start. She was very small and even looks a little...off. 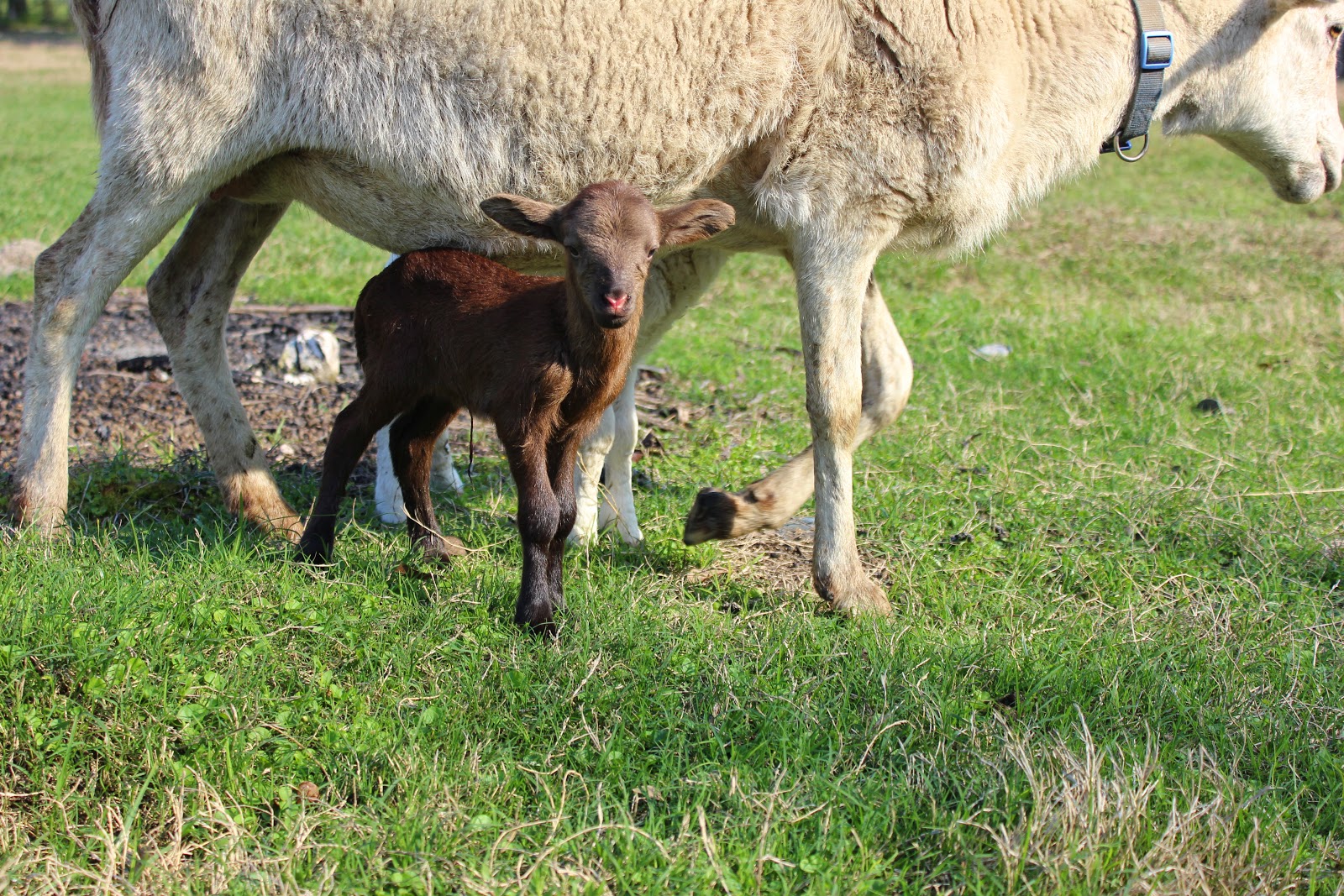 When she was just a couple of days old, she just disappeared. It was a weekend morning, and Big Onion and I had just finished chores. We decided to take a walk out to the back pasture and check on all the new arrivals. Well, Nina was there with Clover and Colleen. Louise was there with Andy, but Ollie was not with the group. We figured she was parked somewhere sleeping. It's very common for the sheep to leave their little ones napping in a safe place while they go off to graze. Usually you will find a group of the young lambs all napping together with one mother or auntie grazing nearby. 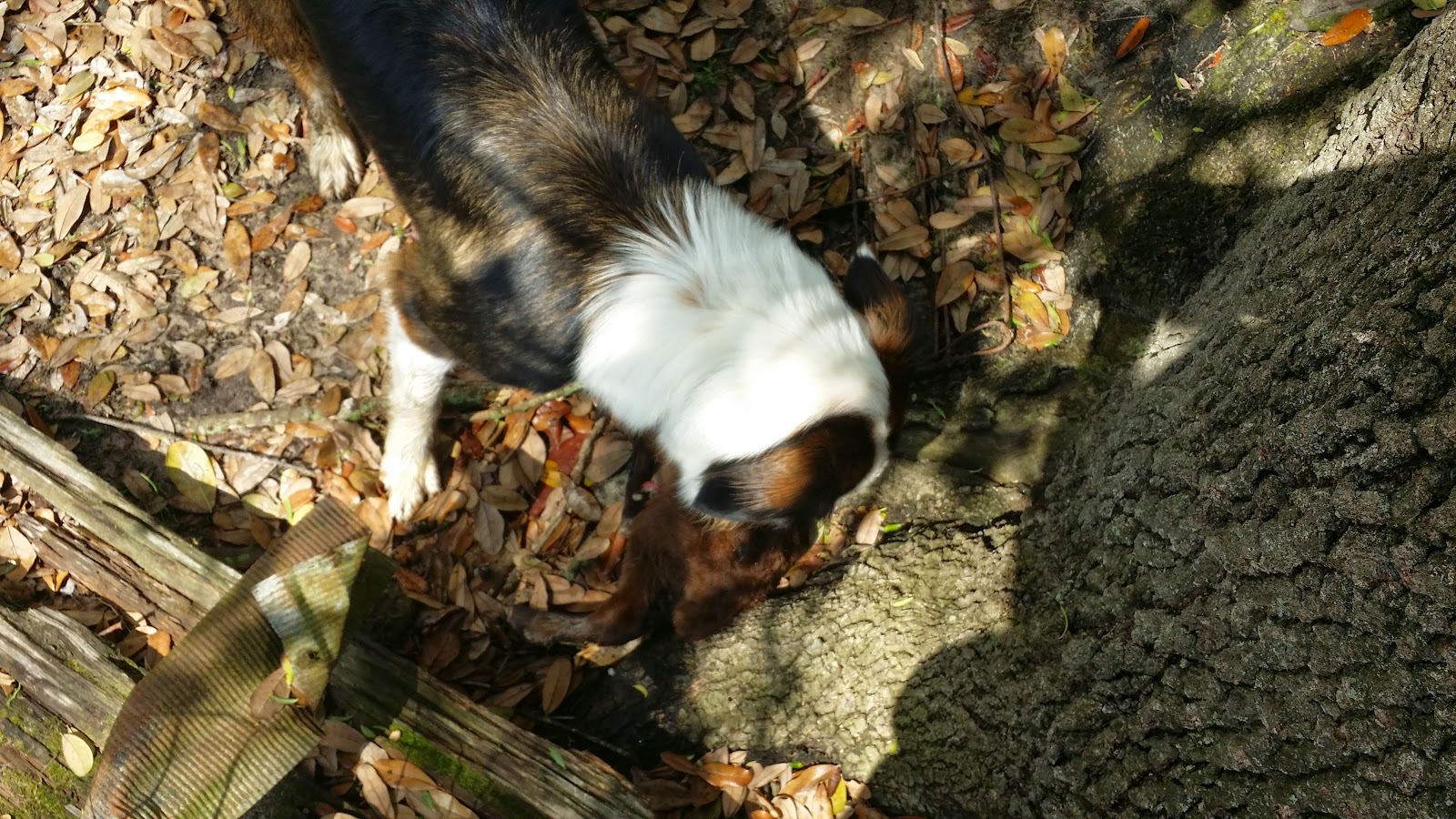 Since she was so young and the rest of the the flock was up and on the move, we went into search mode. Just the day before Rialey had pointed out Ollie to me sleeping safely under some of the junk in the corner of the first pasture so we figured it would be a easy matter of finding and rousing the little one then sending her back to her mother's care. Well, we looked high and low, searched all three pastures, looked under, over, and around everything.We watched the dogs for any clues. We searched in the poultry pens and even walked the banks of the creek and ponds to be sure she hadn't fallen in. When we didn't find her, we looked everywhere a second and even a third time. We spent hours that day searching. Cancelled our plans and searched some more. I gave up, but Big Onion search until it was too dark to search any more.

Finally, we gave up concluding that she had fallen prey to some predator, maybe a fox overnight or a hawk. She was so very small. With a sigh, we did our evening chore then went inside for the night.

The next morning, we went out to care for everyone as usual. The sheep were sleeping up in the first pasture, when they got up there was little Ollie, right there with her mother and brother like she'd never been gone in the first place! To this day we have no idea where she was for all those hours we spent searching and scouring the property. All we know is that she is WAY better than us at hide and seek, and that her name fits her quite well! Ollie, ollie, oxen freed!
Posted by Kaela at 9:19 AM