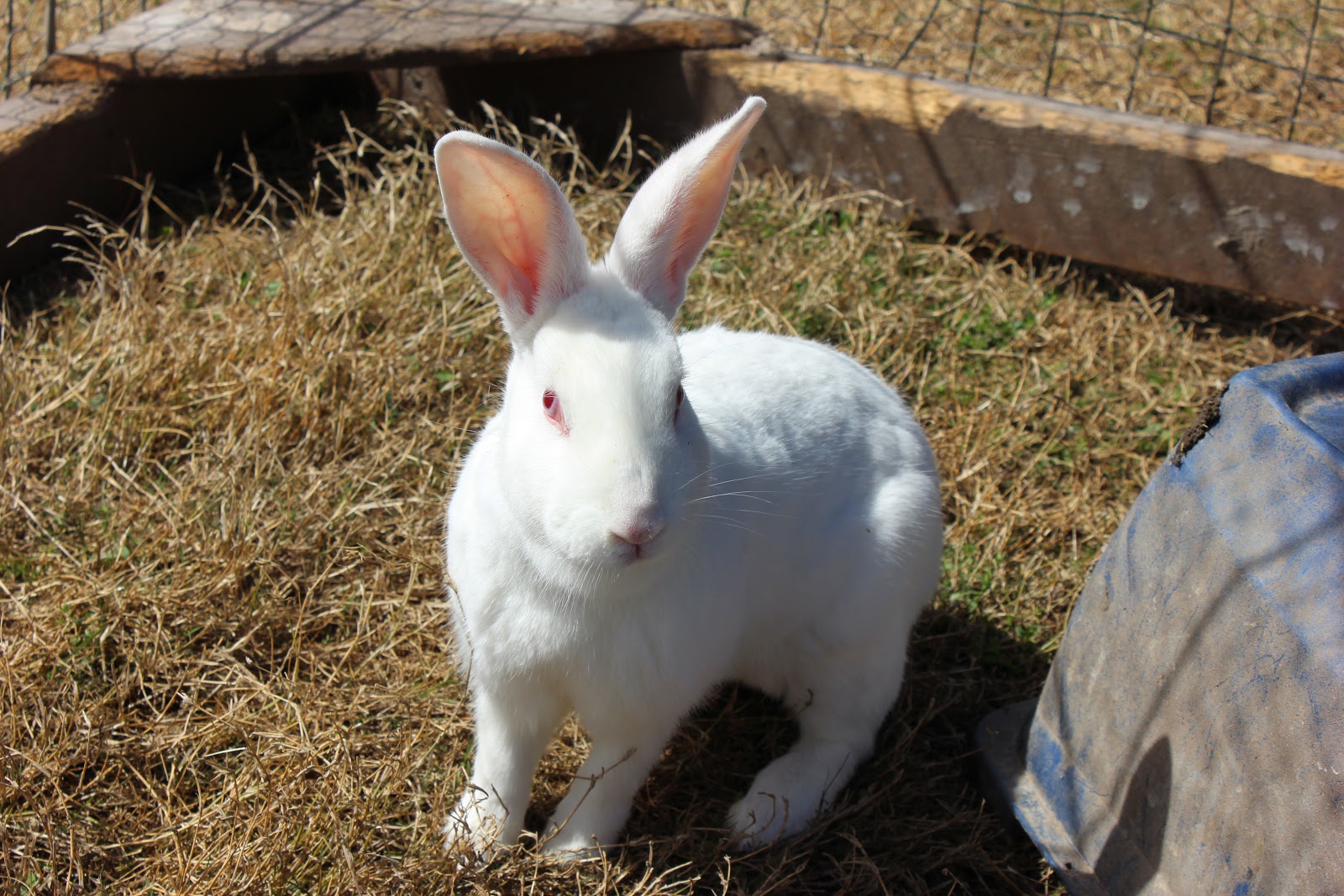 After a bit of a dry spell, I'm happy to say that the rabbits are back to the business of making more rabbits. 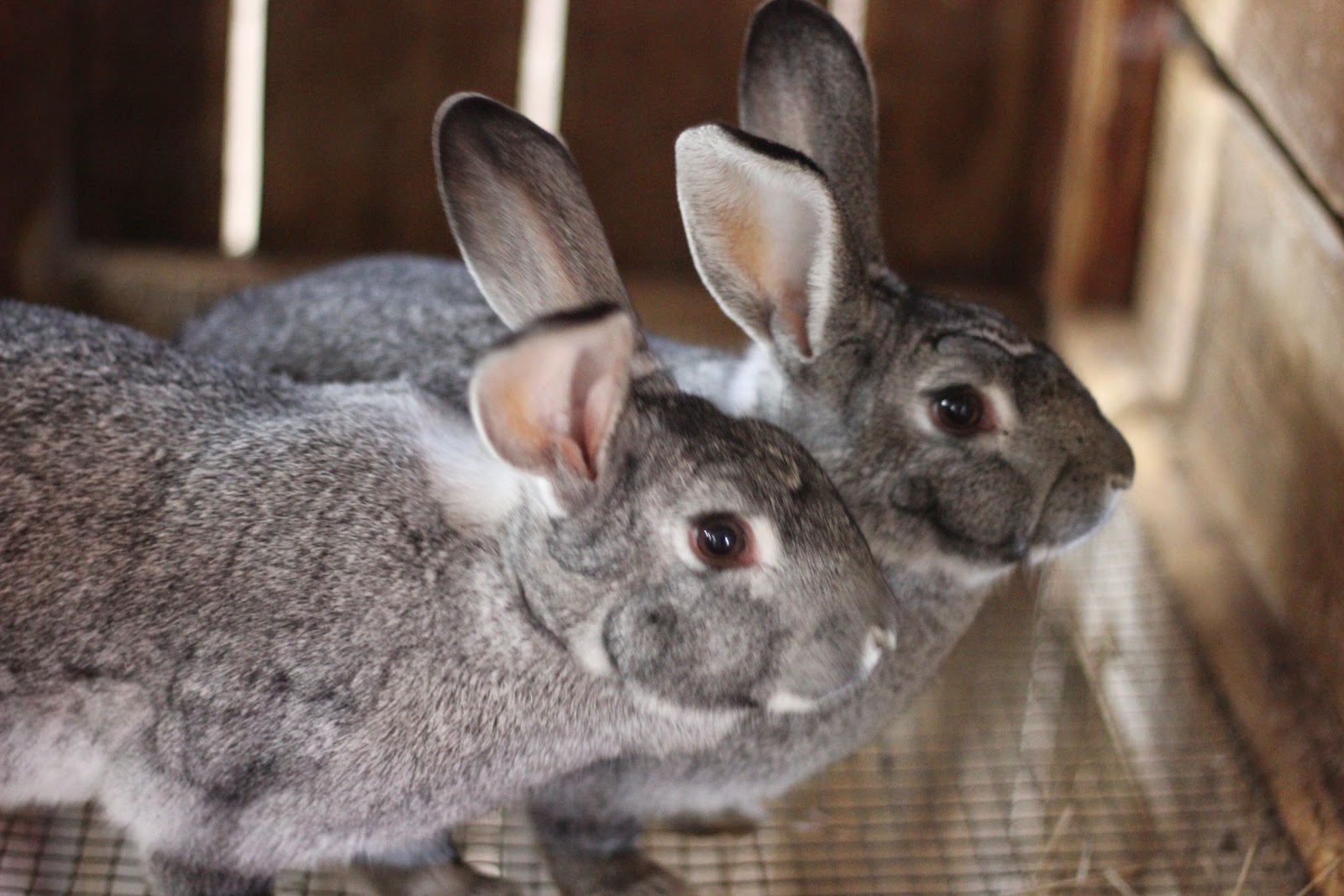 We decided to keep two of Bluebell's daughters since she is a very large rabbit with a wonderful temperament. She also had a very large litter right off the bat with her first breeding and kept every one of the kits alive.

These two girls just reached breeding age so they had their dates with our two bucks. I like to expose the girls to both bucks a couple of hours apart to make sure that they get bred. I think it also makes for larger litters if both breeding go smoothly. 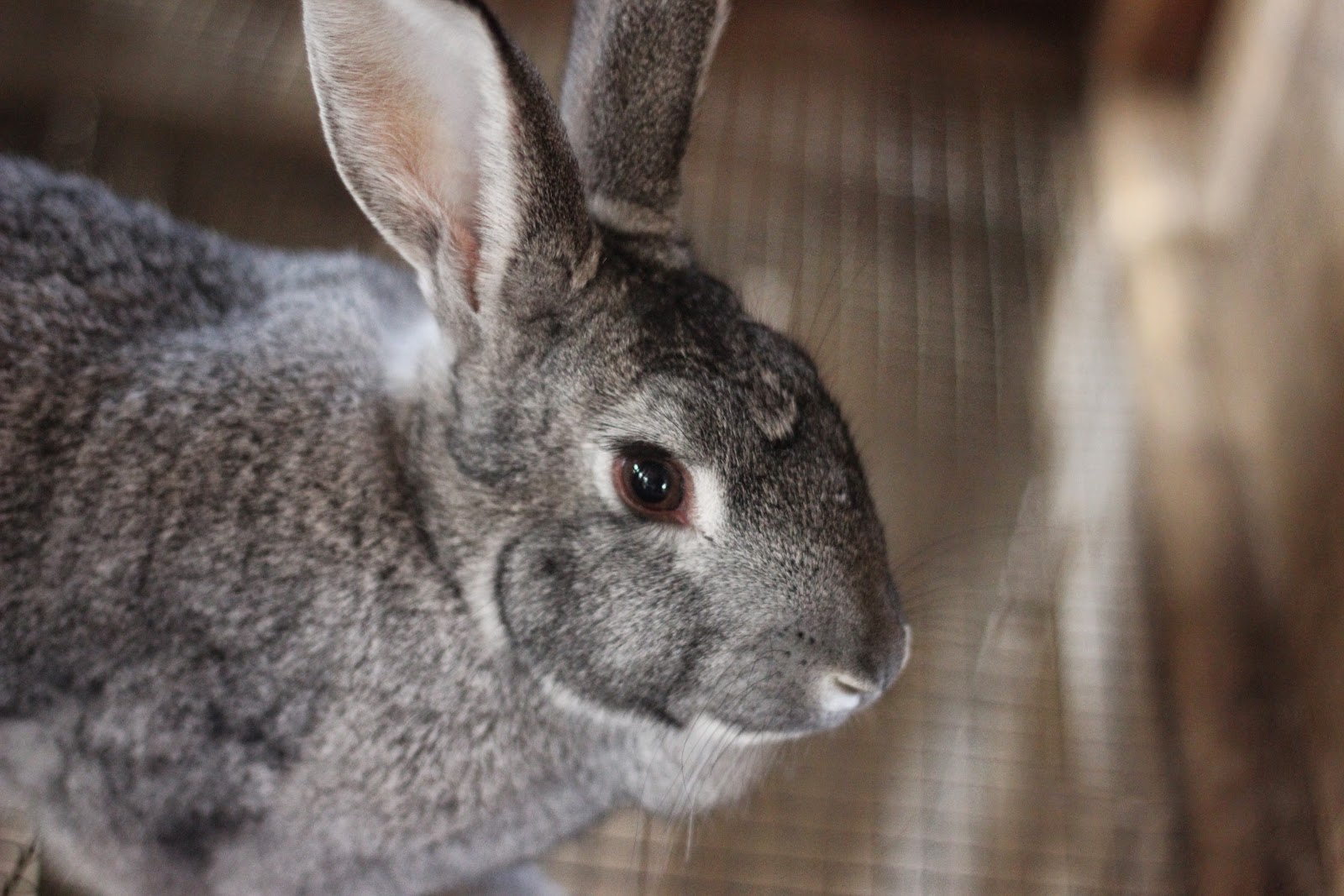 Unfortunately, one of the two females was just not in the mood to bred when the time came with either guy. Now our problem is these two girls look so much alike that we're not sure which is which! We tried using a little Blue-Kote spray to tell them apart, but that stuff faded way faster than we expected. I guess we'll just have to keep a close eye out for nesting behavior in one of them when the time comes. 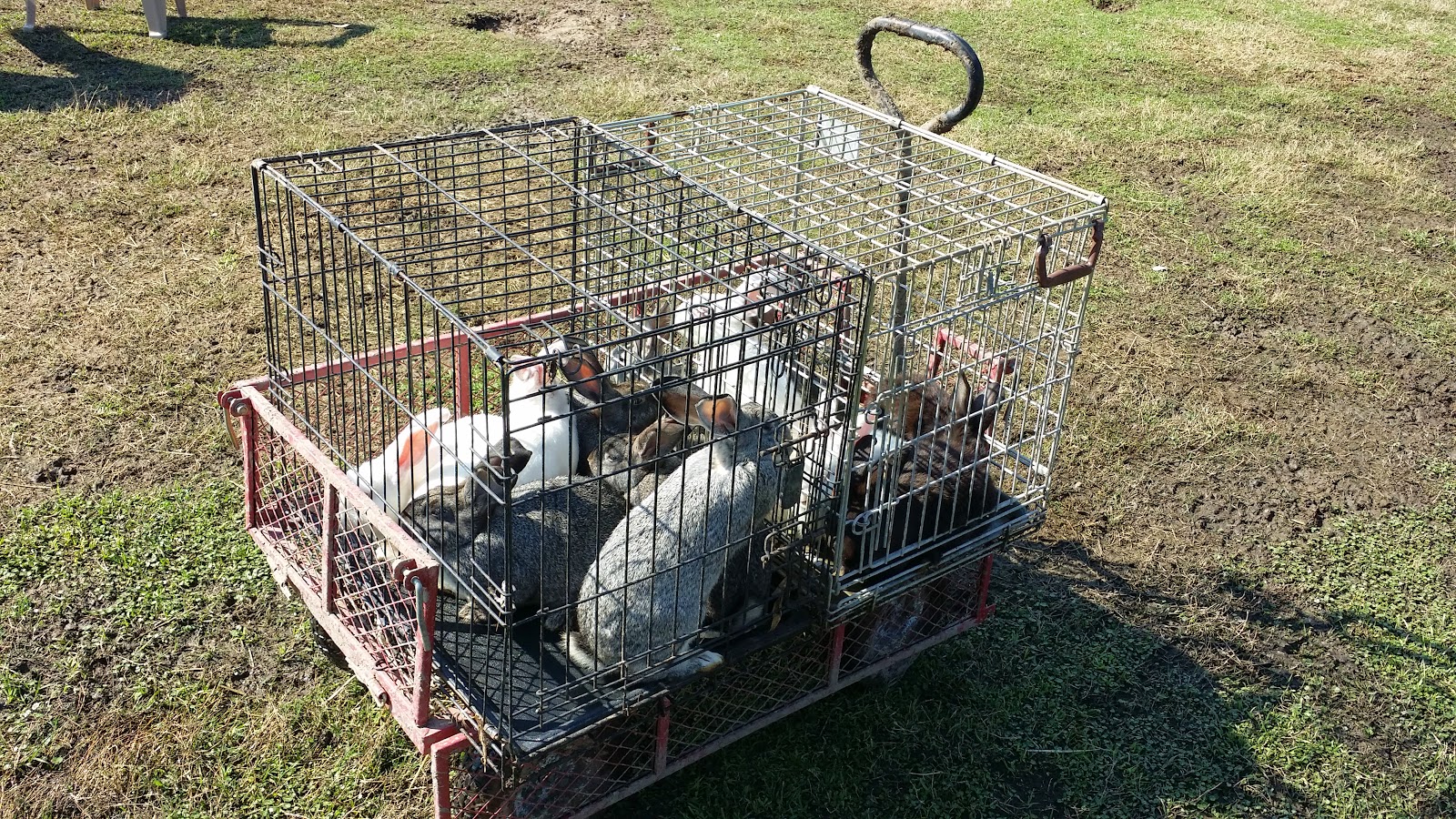 Meanwhile, we had two more litter that were ready to wean. Unfortunately, it was raining so much that they had to stay in with their mothers much longer than normal. 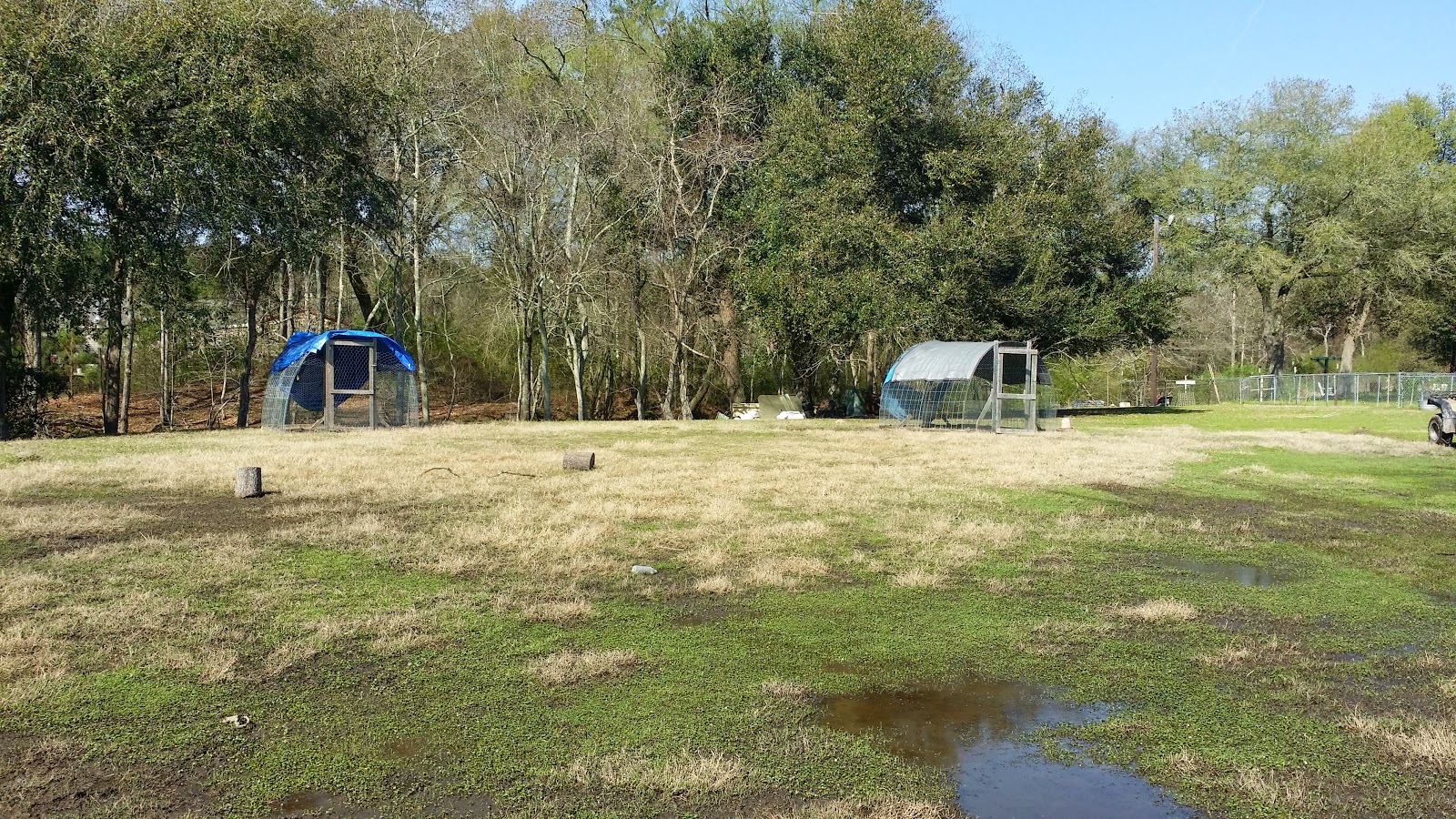 We are finally seeing some sunshine and that means the bunnies are happily living in the tractors on the pasture. This is where we grow them out until they reach about 12 weeks and are ready for processing.

Aside from larger size, one of the things we have been selecting for is a calmer temperament. Big Onion and I are both tired of dealing with does who throw fits and threaten us when we try to do anything in their pen. Bluebell is the first breeding age female who not only tolerates handling, but solicits attention and petting when we go into her pen. Hopefully Bluebell's girls will turn out as nice as their mother in size, temperament, and mothering ability.

Email ThisBlogThis!Share to TwitterShare to FacebookShare to Pinterest
Labels: rabbits