On backs and lambs and crazy goat boys

One of the things you learn from farming is not to take anything for granted, especially if that thing is your health. I've been having some back pain the last few days and although it's not terrible, it is enough to keep me from doing things in my normal way.

This morning one of the lambs died. We knew this lamb had been having problems for a while now. We kept seeing her with the dirty rear that usually means diarrhea in sheep. We'd thrown three different types of dewormers at her with no success. Big Onion actually had his hand on her yesterday, and while she was low in weight, she was by no means emaciated. Her mucus membranes weren't even pale. The next step was going to be antibiotics, but I guess the crazy heat we had yesterday was too much for her. I found her body this morning near the bridge as I was putting Rocky out for the day. 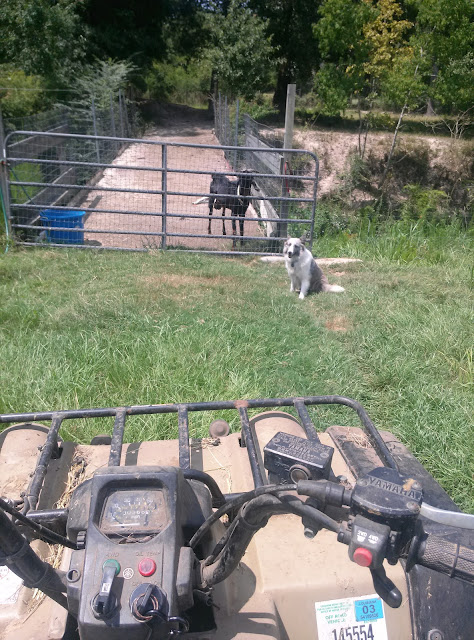 What should have been an easy job of collecting and disposing of the body turned into a whole ordeal involving a garden cart, the four wheeler, and one very brave dog. You see, on top of my having back issues, Rocky is in rut. This makes him just about impossible to deal with. He actually caught me with a horn while I was inspecting the dead body. I'll be honest, he's lucky my back isn't 100% or he probably would have joined that lamb in the afterlife pretty quickly after that. 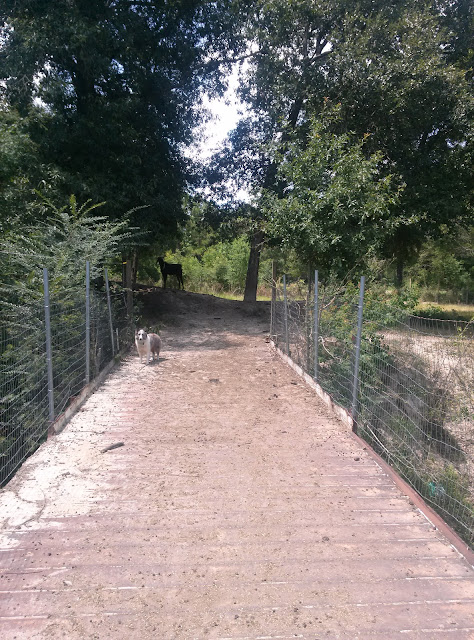 Luckily, I have Luna around to protect me from girl crazy goats boys. I had to have Luna chase Rocky away from the gate and hold him on the other side of the bridge so that I could safely bring in the 4 wheeler with the garden cart in tow. This took some convincing on my part as Luna was much more concerned about the dead lamb than the crazy goat. 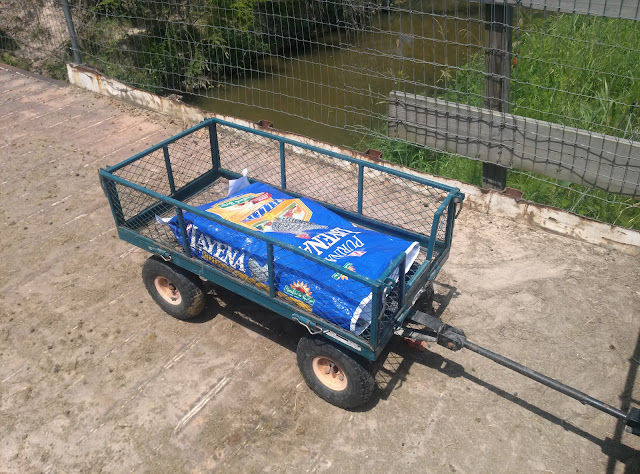 Eventually with her help, I was able to get the body bagged and loaded up without having to physically carry it more than the foot or so onto the cart.

Unfortunately, things did not go completely smoothly. While I was trying to wrestle the gate closed, Rocky saw an opening and b-lined it for the unsuspecting goat ladies grazing nearby. He was singing and snorting and prancing around like a fool. Girls! GIRLS!! Thank goodness he decided to go for Gertie because that old broad can take care of herself. She saw him coming and took off.

When she circled around to give him a taste of her horns I was able to snag his collar and get him headed back onto the bridge. Gert followed right along behind us. I figured maybe she was actually interested in spending some quality time with that crazy dude so I put her on the bridge with Rocky.

After a couple of chases back and forth Gert decided she'd had enough and nailed Rocky to the railing with her horns. I figured it was time to break up this love fest and moved Gertie safely back on my side of the gate.

Here's a video of Rocky being ridiculous just after losing his chance at love:

You'll want your sound turned on for this one, trust me.

I think that was quite enough farm-related adventure for me for the day. I think I'll be spending the afternoon inside.
Posted by Kaela at 12:38 PM