I just thought I'd give you folks a quick update on little Buzz's progress.

Buzz and his mother, Bonnie, are still penned. Bonnie seems to be keeping him better fed, so we have not had to put him on the goats to nurse in the last few days.

We could not get the swelling in the foot to go back down, so I brought him into the house a couple nights ago. We discovered that there was a band of tight, dead tissue that was circling the leg and essentially cutting off most of the normal flow of fluids to and from the foot. After giving the guy a shot of pain meds and letting the leg sit under warm running water for a while (nothing like a little hydrotherapy!), I was able to loosen enough scar tissue to open up one area top to bottom. I also started working as much of the dead tissue as possible away from the leg.
We bandaged the leg overnight with lots of healing cream. Last night the foot swelling was way down and when we took the bandage off, I was able to get two more large areas of dead tissue off. The flesh underneath still looked infected, but the areas around the wound were pink and healthy and already starting to show signs of healing. We also changed his antibiotic from penicillin to oxytetracycline in hopes that it will help him clear the infection. 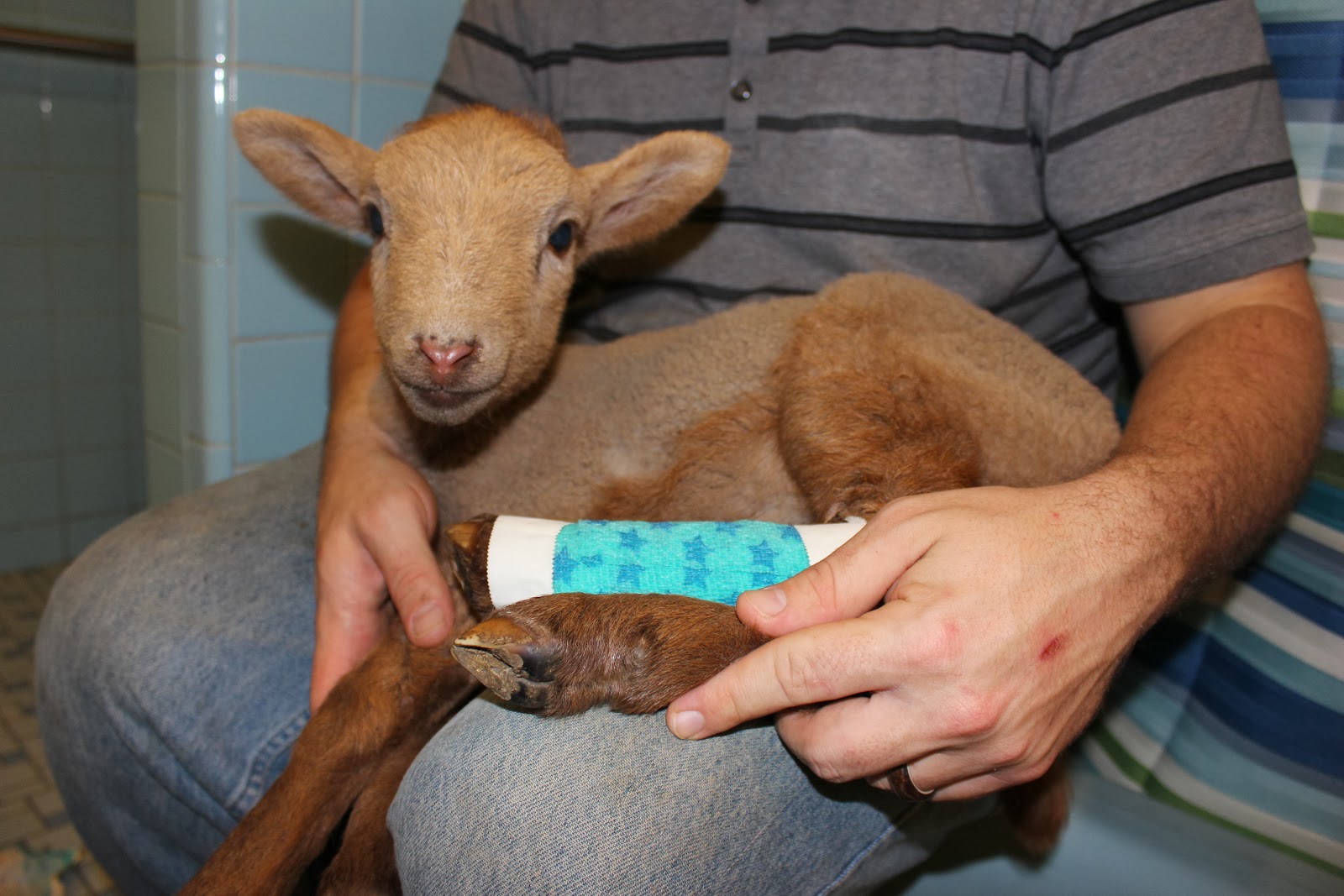 Through all of this, the little guy has been such a trooper. He's up and using the leg. He is obviously nursing from his mother regularly, and he is even starting to share her food and hay which is right on schedule for a normal, growing lamb.

Our hopes are still high that our Buzz will make a full recovery, and if he keeps growing like he is now, he may have a future as one of the sires of our herd!
Posted by Kaela at 2:03 PM