After all the special care and consideration that our little brown lamb has been getting, we have decided he needed a less generic name than Brownie. Considering his recent run in with the electric fence and his tenacity of spirit, we have decided to change the little guy's name to Buzz.

For the first day or two after we found him tangled in the fence, Buzz seemed to be doing ok. He started using the bandaged leg more and more. 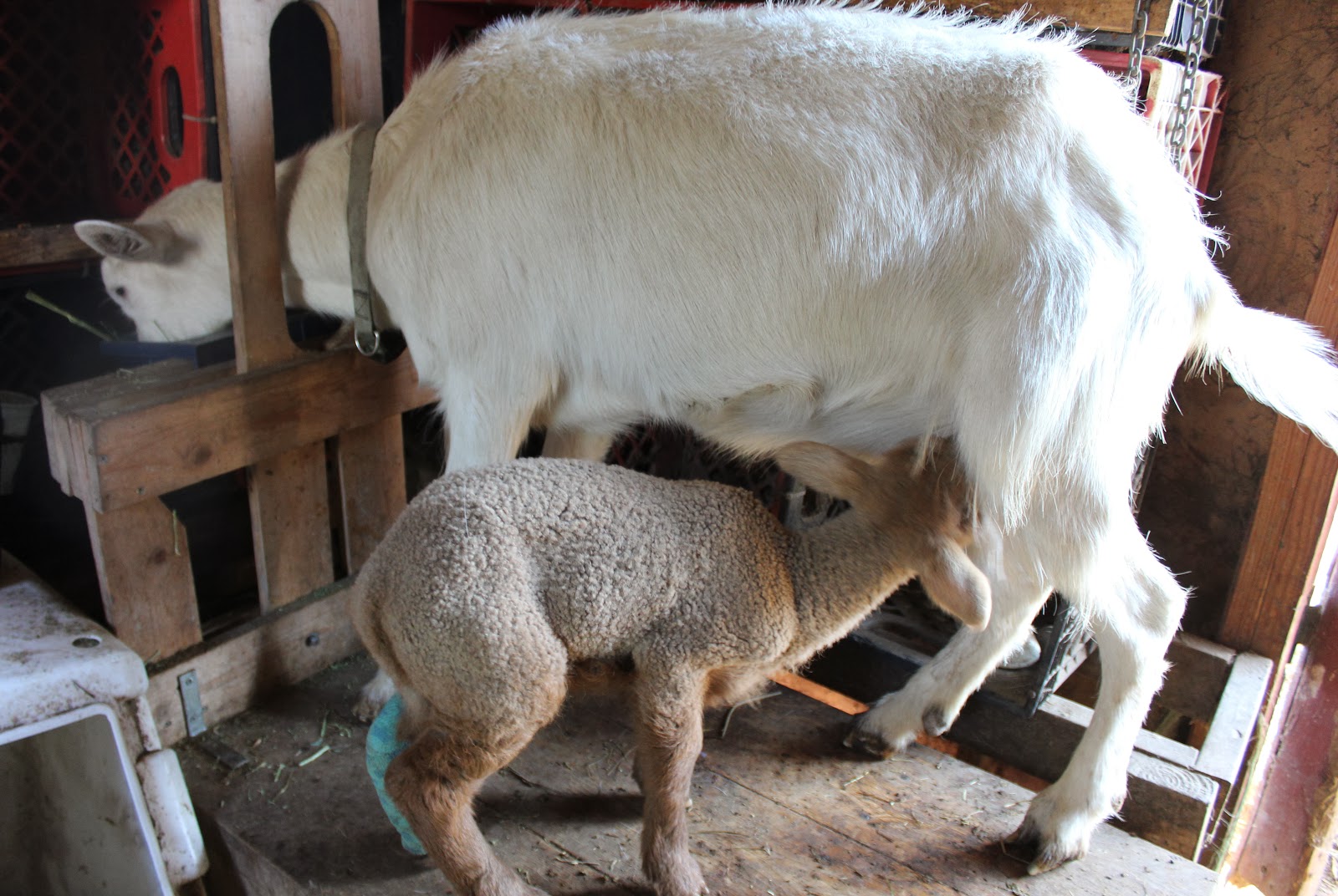 His mother, Bonnie, wasn't letting him nurse as much as we'd like,  so we started putting him on Thea at milk time. It took very little encouragement for him to realize that her udder was there for the drinking and god bless Thea, she could care less what's happening to her back end when there's food in her bucket. She's an old hand at wet nursing both kids and lambs that aren't her own.

Unfortunately, a couple days after we found Buzz tangled in the fencing, I noticed his foot was swollen. Thinking that perhaps I had put the bandage on too tight, I cut back the bottom of the wrapping waited until the next morning to see if the swelling went down.

The following morning the foot looked the same, if not worse. We made the tough decision to separate Buzz from his mother and bring him to work with me at the vet's office on Friday. We worried that Bonnie would not accept him back if they were separated too long, but I needed to shave back the fur to see if he had a wound that was abscessing and take a couple x-rays to check for bone breaks. Both things that we are not equipped to do here on the farm. 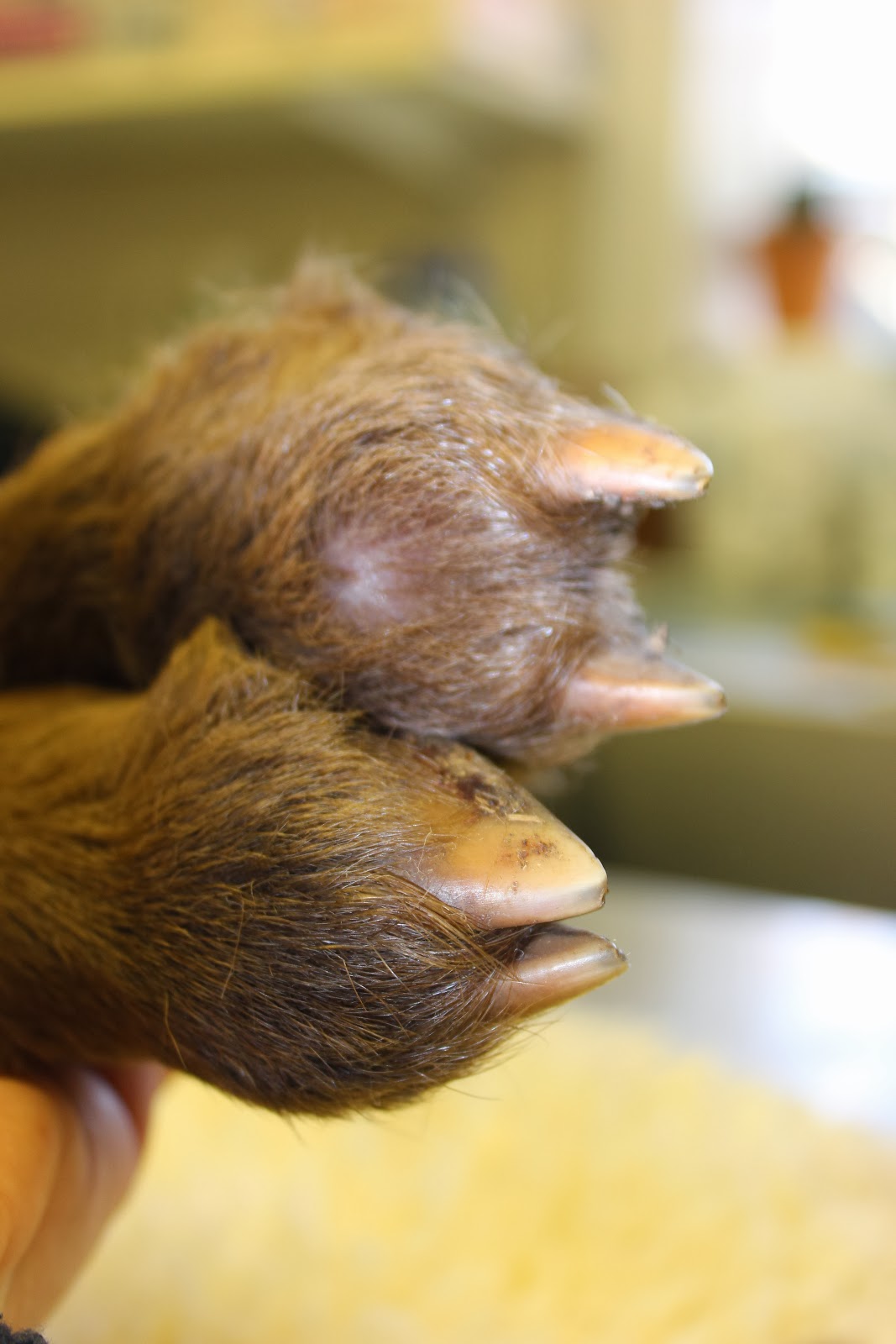 Here you can see just how swollen his foot was. Just look at the distance between the toes on each foot. Xrays showed that nothing was broken, but when we shaved down the leg, we found areas of extreme bruising and maybe even the start of gangrene in a couple of areas. There was no abscess, just lots and lots of swelling. He also had a temperature of 106 which is about 3-4 degrees above normal for a sheep. We immediately started him on antibiotics and treating with homeopathic remedies. Within about 2 hours of getting a remedy, the foot started draining and the swelling went down. 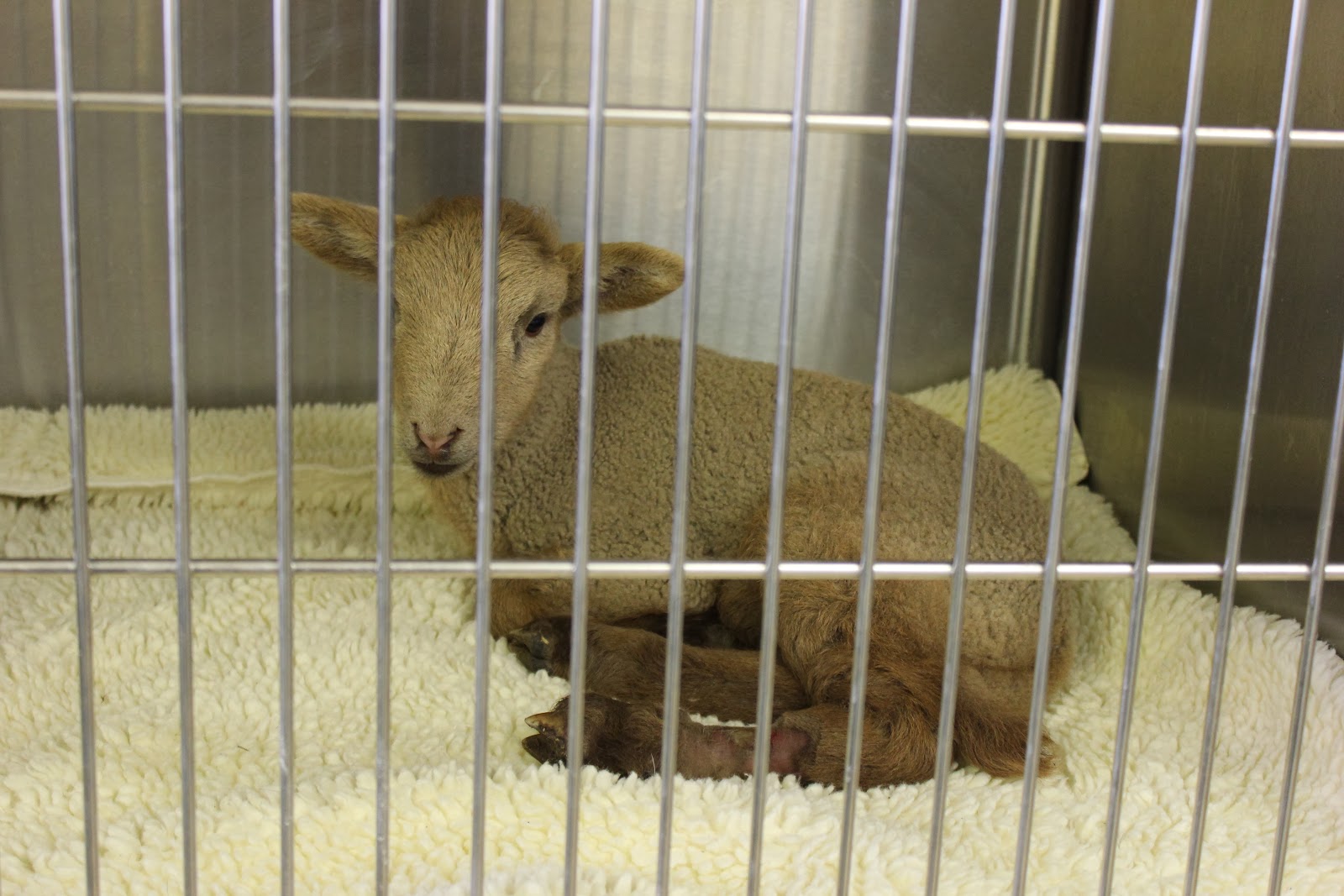 Buzz was such a good little boy, staying in his cozy crate all day without making so much as a peep. That evening we brought him home and the second he caught sight of the pasture, he started calling to his mother. To our amazement, Bonnie started calling back. Within a few minutes, mother and son were reunited in the milk room. Bonnie was even letting the little guy nurse. 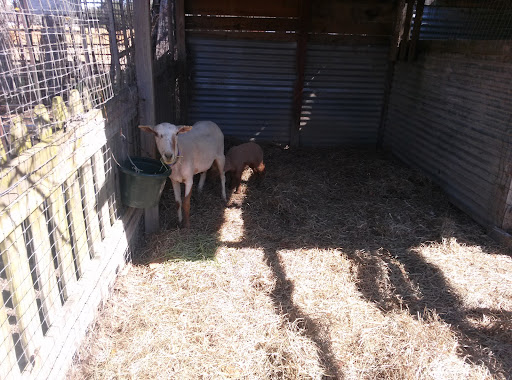 We have the two set up in a pen now so that we can easily monitor Buzz's progress. He is far from out of the woods, but at least he is using the leg. The foot has swollen again unfortunately. For now, we will continue antibiotics and remedies. Even though Bonnie is letting him nurse, we are still letting him drink from Thea a couple times a day. We figure the little guy needs all the nutrition he can get to pull through this rough time.