An elf is born

I was still trying to gather myself after attending and almost screwing up Elanore's delivery when I turned to find that Amelia was just on the other side of the wall from the new mother and she was in active labor! 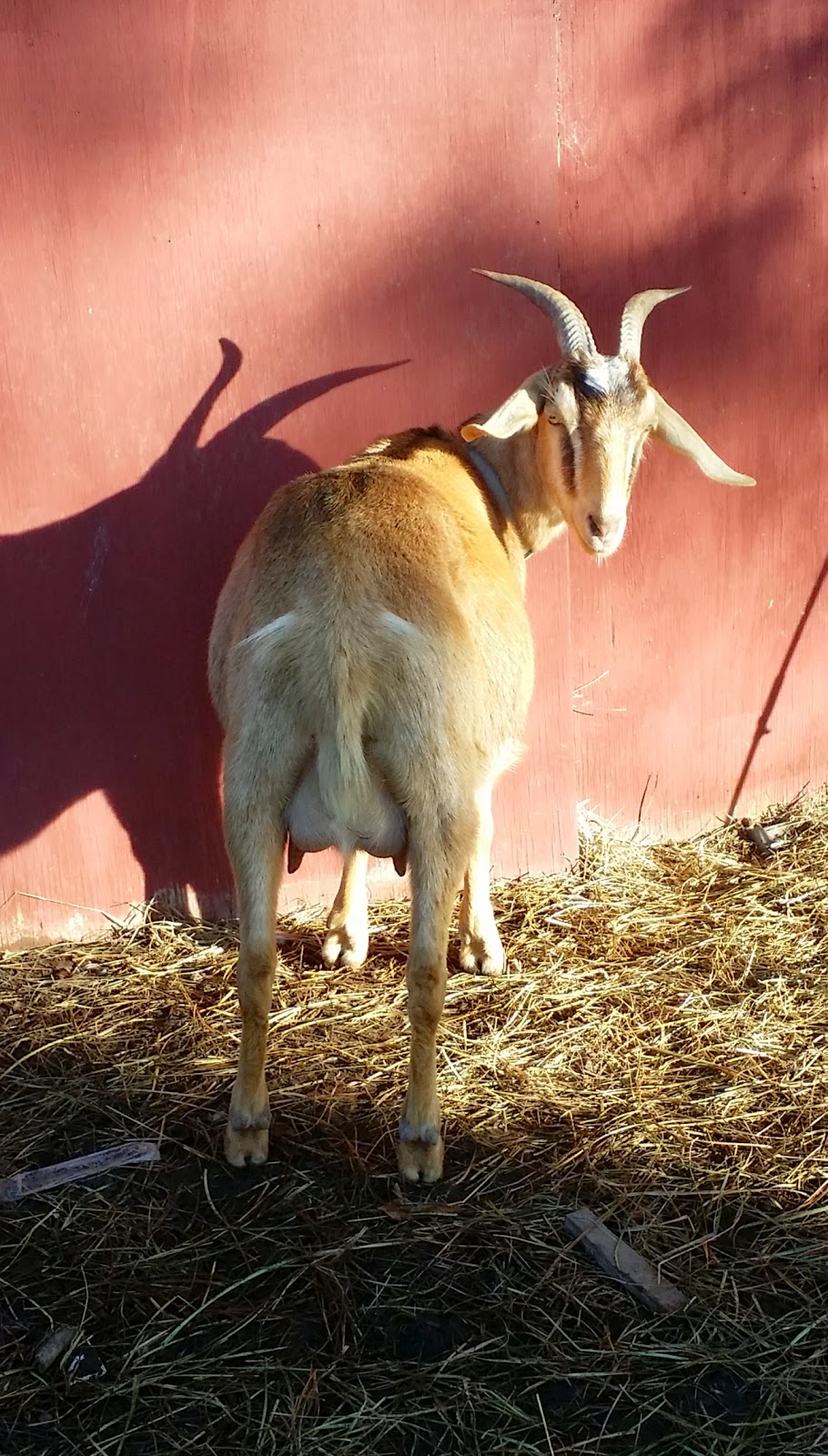 We always joke that Amelia is our golden child. She's had almost no health problems. She's built just right for a milk goat with a wonderfully attached udder and great teats. Pregnancy was a breeze for her. She was still hopping and running around right to up to her due date, and kidding was no different.

By the time I got to her, Amelia was already down and pushing. Things seemed to be going smoothly so I just sat back and watched. I was actually able to get video since she needed no help in delivering. 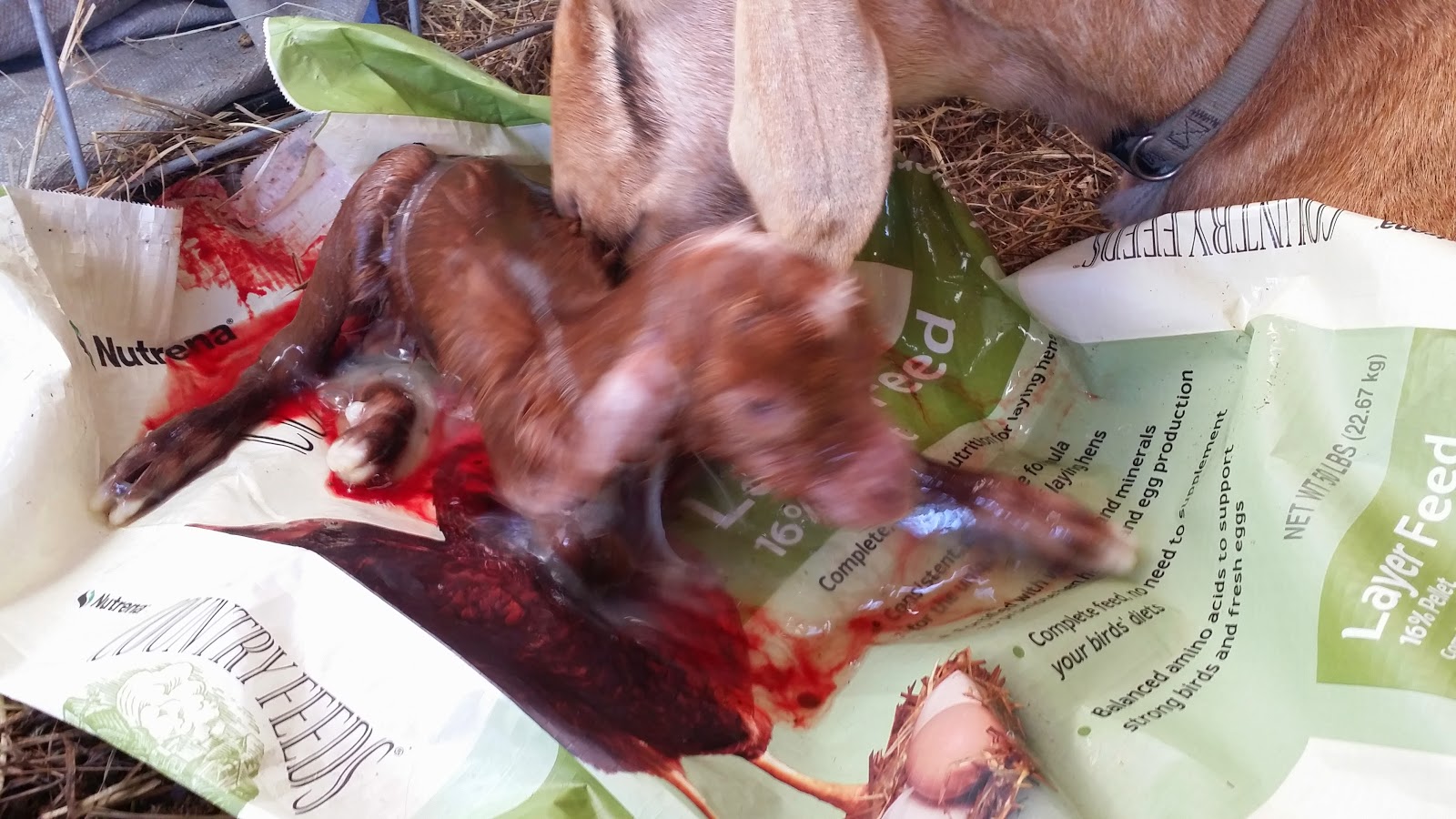 Amelia gave birth to one huge, blue eye boy. He was born with these long, upturned ears, and I knew immediately that we finally had our keeper buck. You see, we had planned on keeping on little boy from this year's kid to be a companion to our Gimli. We talked about maybe keeping a boy from Gwen, but of course and just to be contrary she had twin doelings. One look at those ears and I knew we had the Legolas to our Gimli!

So far Lego has been much spookier than I would like in a buck, but I think once he gets to eating grain and hay, we will be able to win him over. 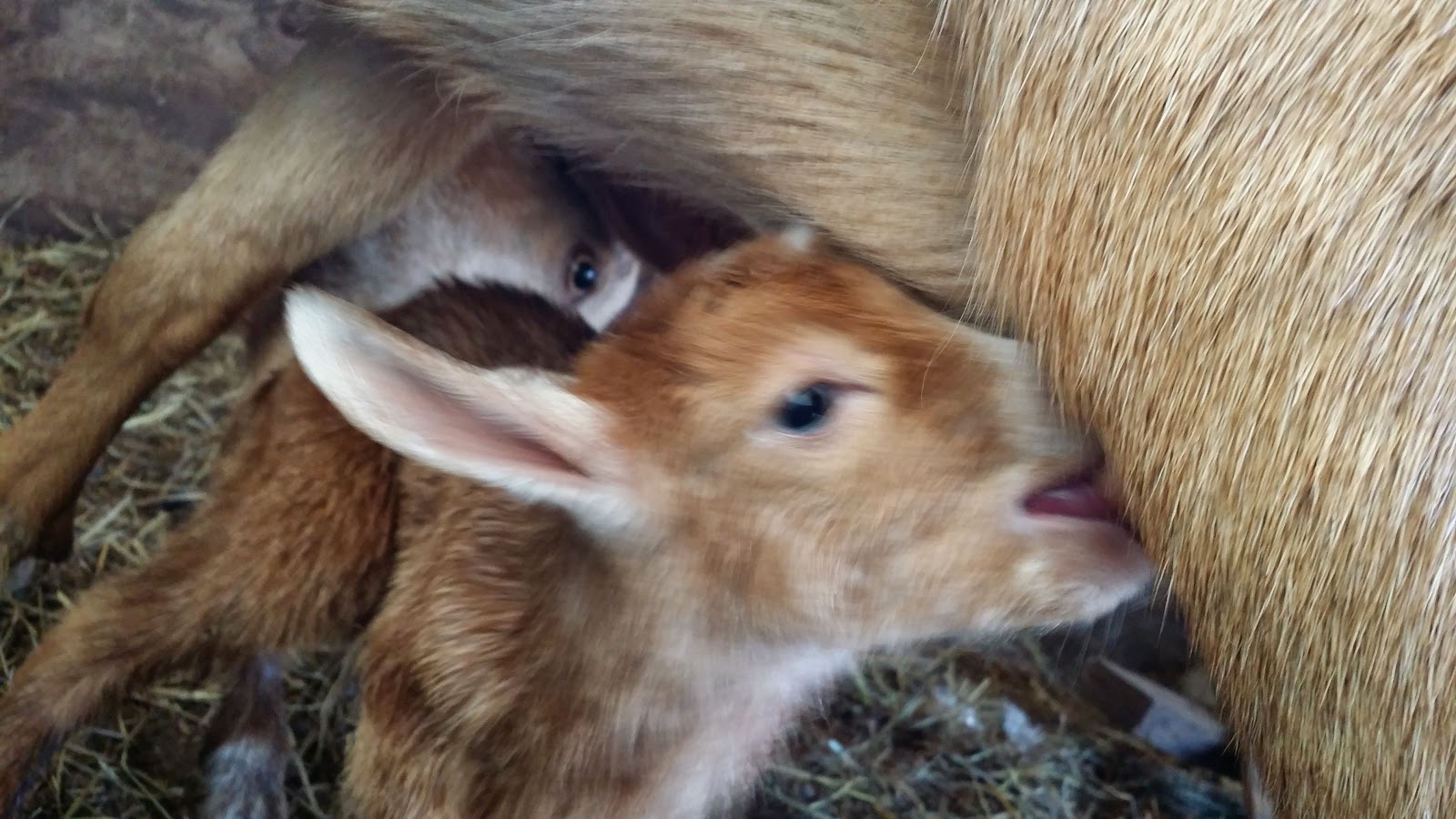 His mother, for her part, has kept up her reputation as our golden child. She has been a wonderful mother. She is making lots and lots of milk. She is also very easy to milk (although her manners on the milk stand do need a bit of refinement). You get her up on the stand and the milk practically falls out of her udder. A really nice change from some of our other girls who have battle hardened udders that take a bit of muscle to milk. (I'm lookin at you, Elanore!)

With Elanore and Amelia kidding so close together, and since both of them seemed to be producing more than enough milk, we went ahead and harvested a good amount of colostrum in preparation of our last two girls to kid, Thea and Josie, both of which are CAE positive. 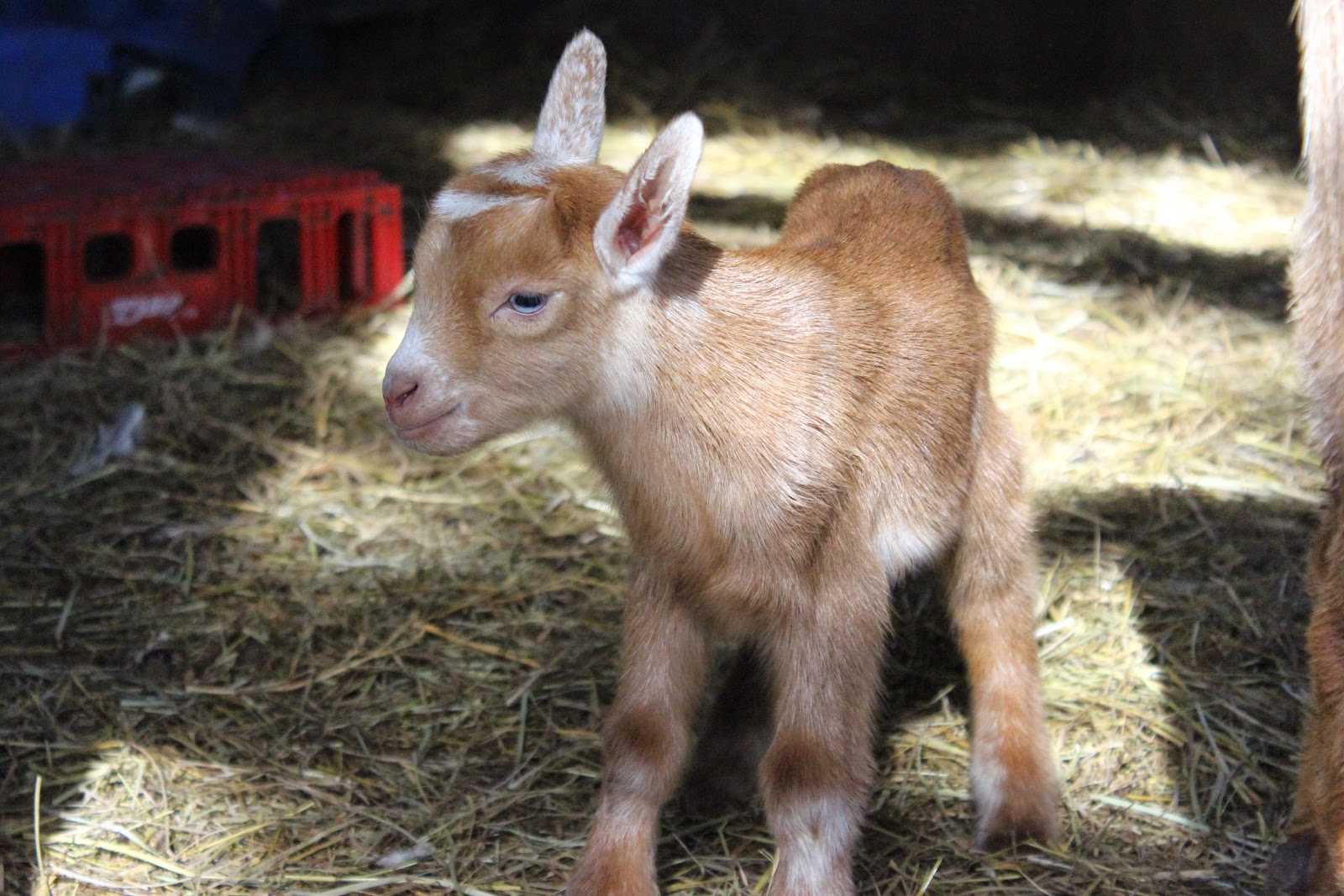 The infant elfling.
Posted by Kaela at 5:09 PM