As many of you may already know, I am pregnant. Before we even started trying to conceive a kid, I had been contemplating some way to use the farm and our animals to make a clever and cute pregnancy announcement. Eventually I decided that using the baby goats was the way to go, so we set out so put together just the right picture to announce to the world that we had a little human on the way. This is the final product that we posted to Facebook... 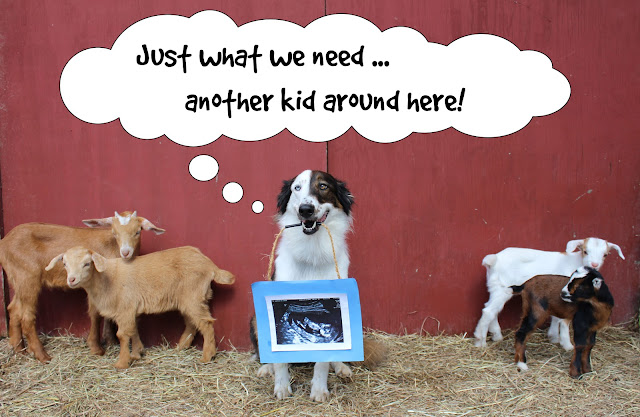 As you can imagine, this was not the easiest picture in the world to make. It took two different photo sessions and so much baby goat chasing and dog model coaxing, I thought we'd have to photoshop the thing to make it happen. 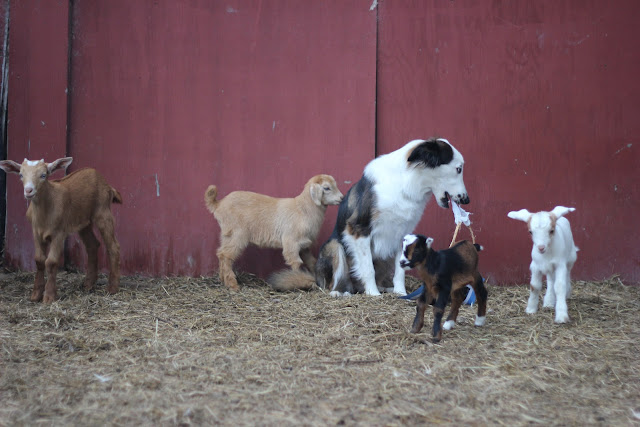 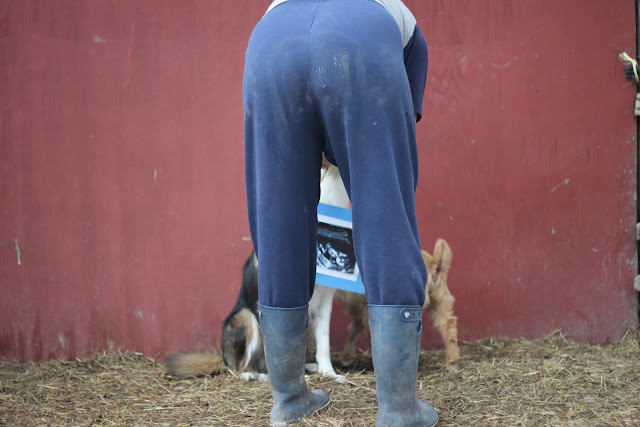 I thought surely the easy part would be to put Rialey in a sit stay holding the ultrasound picture while we wrangled the baby goats into staying around her. Unfortunately, she did not like the feel of bailing twine in her mouth. Even wrapping it in a bit of plastic didn't help. We got more than one shot of our backsides trying to encourage her to keep the thing in place. We ended up hanging the picture around her neck for a while before finally wrapping the twine in some tape that was acceptable to her delicate tongue. 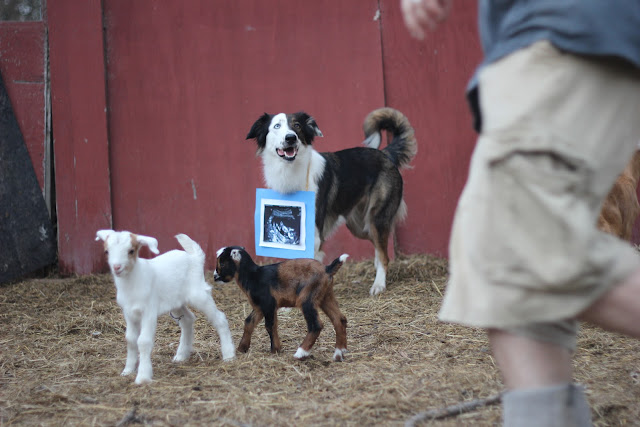 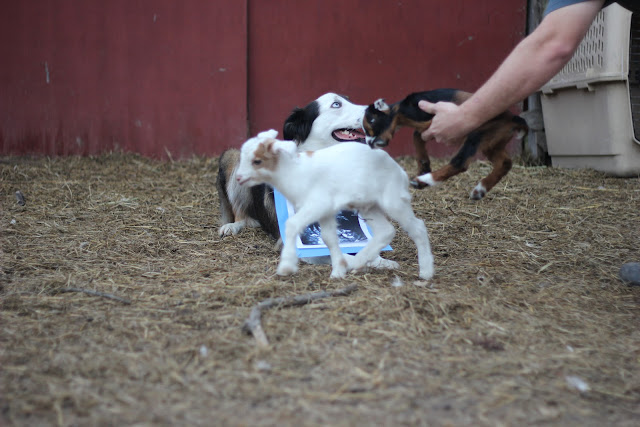 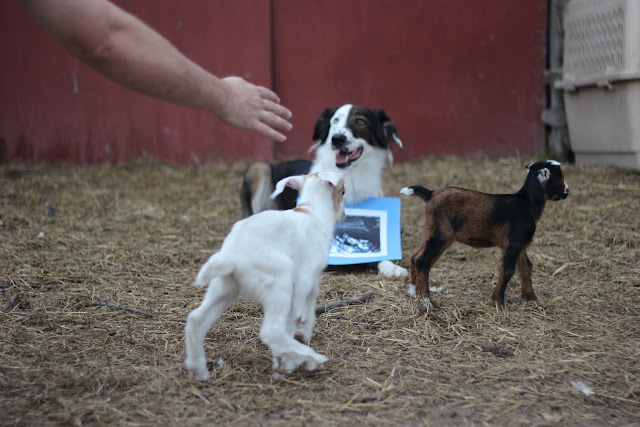 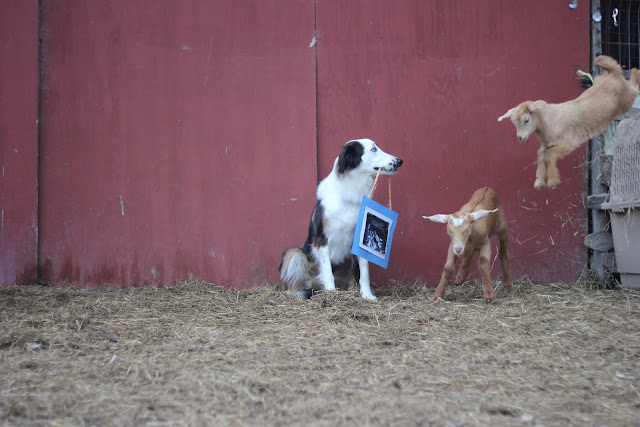 There was also the problem of keeping those four crazy, rambunctious kids in frame. Big Onion ran around like a fool, tossing babies, waving sticks, and making crazy sounds while I tried to catch a shot between laughing my butt off at him! 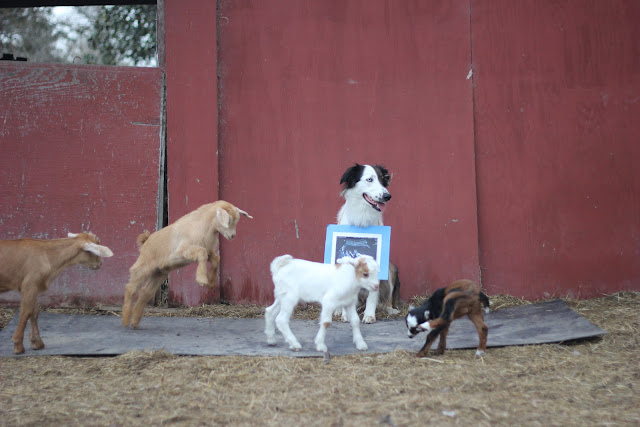 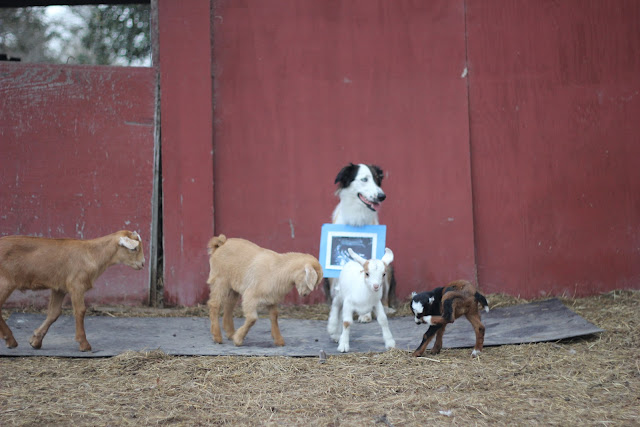 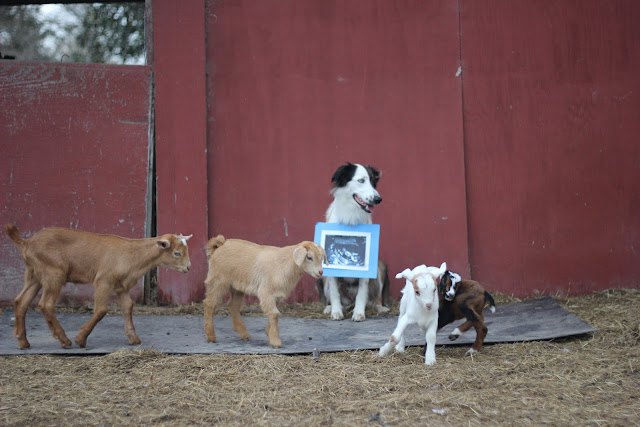 Even when they were in frame, they were too interested in banging into each other to hold still enough for us to get a picture. Here Rutabaga headbutts poor Cupid into his tiny sister, Lilly. What a mess! 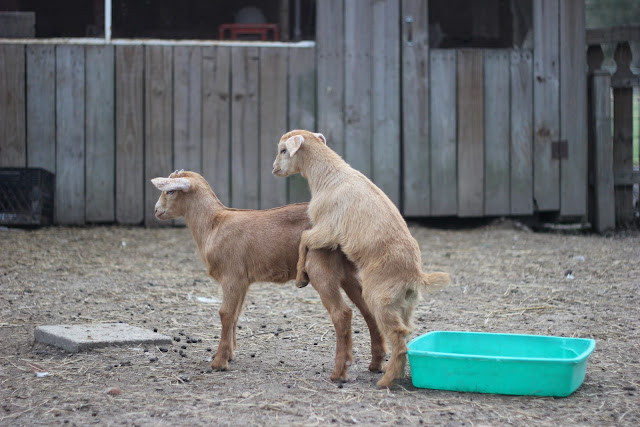 And then there was the humping. 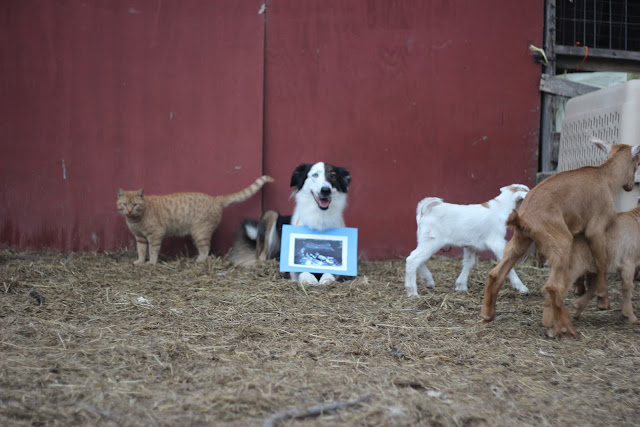 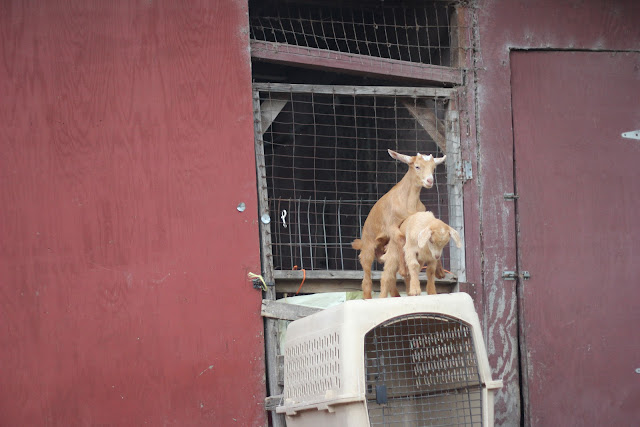 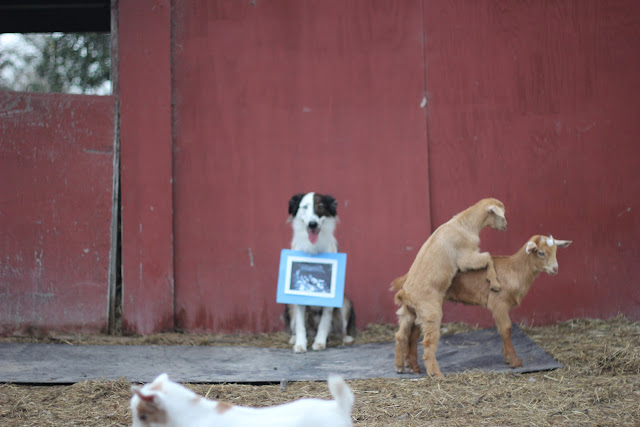 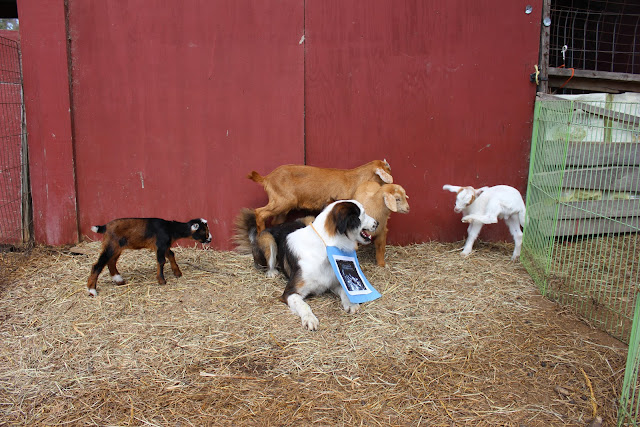 On the second day, we had much better lighting and were smart enough to set up fencing around Rialey and the goats which worked a lot better... 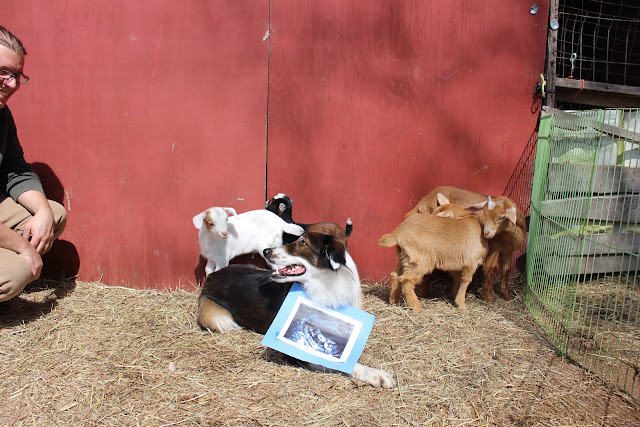 If only Big Onion would stay out of the shot! 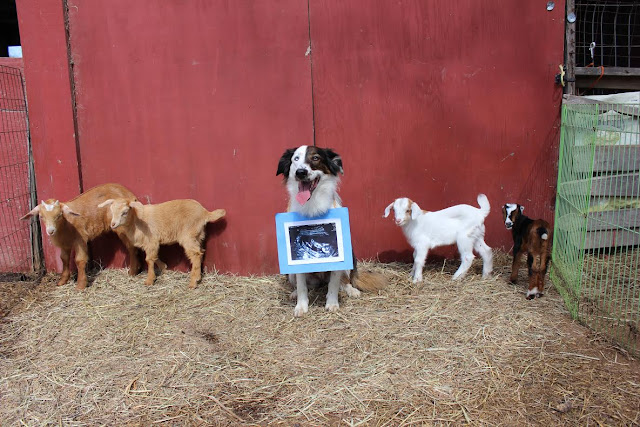 Eventually we got a couple of decent shots, but boy was it some hard work! 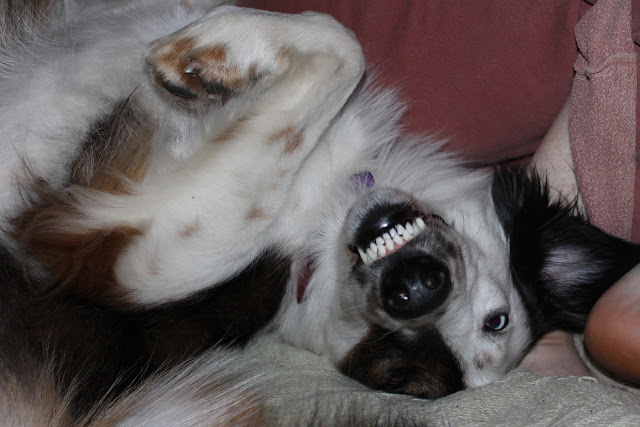 That evening even Rialey was beat!
Posted by Kaela at 10:37 AM