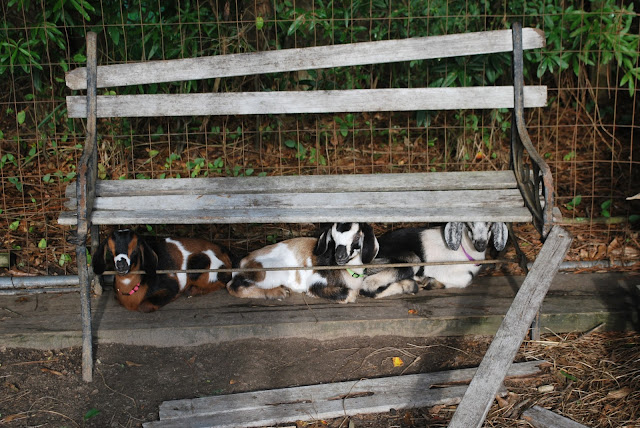 The three tenors in their favorite daytime napping spot.

Since we only had one little girl this year, we have decided to keep one of Josie's three bucks to raise with her. If he turns out nice, we will probably use him to breed the girls next year as well. So now we are faced with the hard choice of which of these adorable little creatures to keep and which to let go. 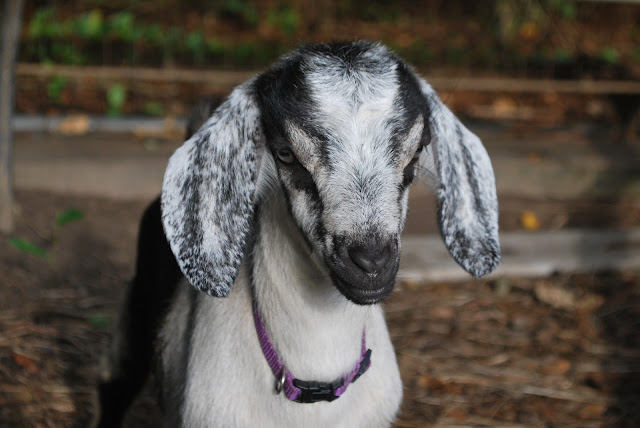 I think Jose has my favorite coloring. I love the swirls of grey and black on his ears. He also has a solid, masculine build already that hints at him growing into a really impressive looking buck. Unfortunately, Jose has already started trying to mount Amelia at the tender age of two weeks old! He is also a bit pushy with the other boys, and the most standoffish with us. 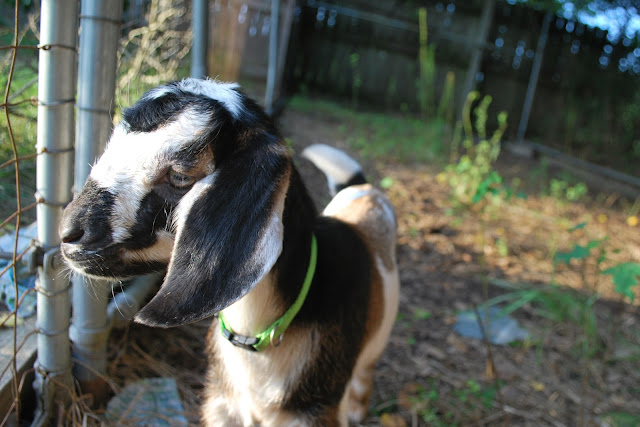 Placido has really cool markings, and he is a lot more people oriented than Jose. Our problem with Placido is that he has already started dropping his head to us and doing these silly little displays that point toward a future buck with a penchant for headbutting people. 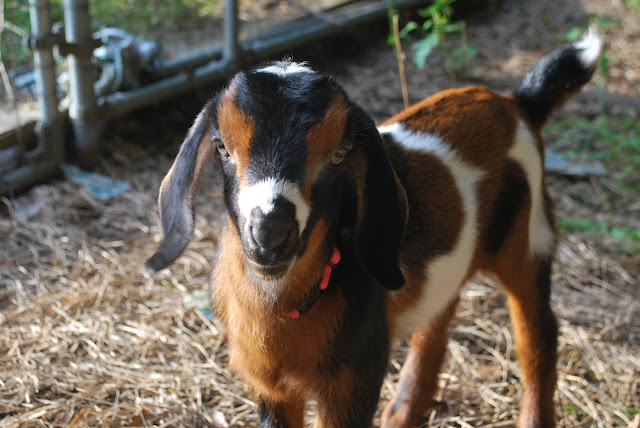 And then there's little Luciano. He will probably be the smallest of the three which is a point in his favor in our book. He also has very striking markings with splashes of white, black and deep chocolate brown. He is usually the first kid that people remark on when they meet the trio. 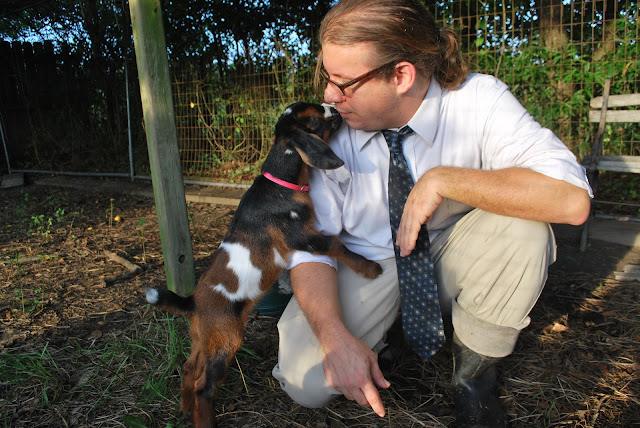 He is just so, so sweet. When the other kids are roughhousing and head butting each other, Luci just wants to crawl up in my lap and nuzzle my chin. He's by far the smartest of the three. He was the first to find the second bottle hanging on the fence instead of trying to fight his brothers off the nipple of the first bottle. 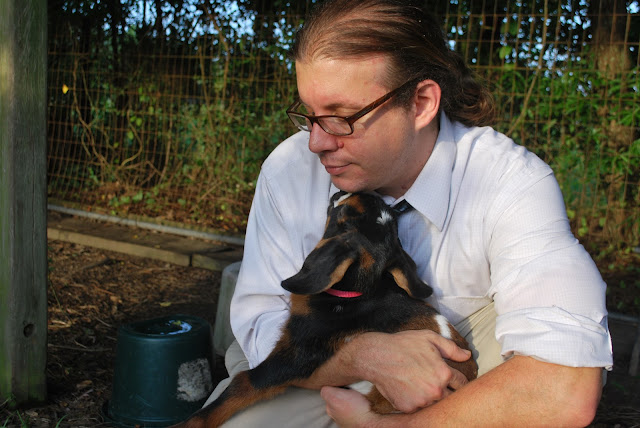 How can you not love that little boy? I just wish sweet little boy goats didn't grow up into big, stinky, obnoxious bucks. The real question is do we want a 70-100lb buck who is smart and loves snuggling with people. Keep in mind bucks love to pee all over themselves when they are in rut. Yuck!

I'm really hoping that starting with training at this age will help him be a little easier to deal with when he grows up. The bottle is a great motivator. On his training list is learning to be lead by collar or on a loose lease, coming when called, being polite at gates and doorways, and learning to back up on command. That last one is very handy. It's a lot harder for a goat who is going in reverse to headbutt or horn hook you. 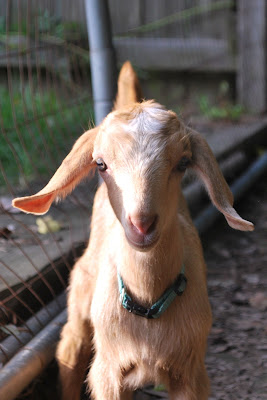 Pretty little Amelia reminds us of her mother more every day. She's simple and sweet. She loves food over anything else. The only thing that upsets her is a late meal and even then she just paces around making little worried baby goat sounds under her breath. 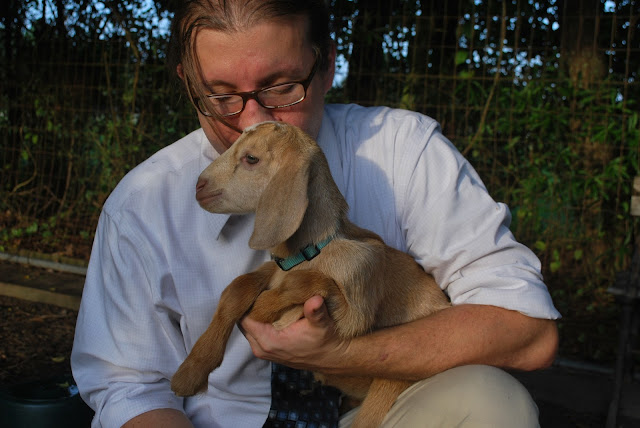 I think Big Onion likes her too.
Just a little.
Posted by Kaela at 5:57 PM