About two weeks ago, I went out back to find the door to the feed storage shed had been pried open by some industrious goat. The "ladies" had helped themselves to a buffet of poultry feed and scratch grains. Luckily, we were already low on poultry feed so there wasn't much harm done, though when I came out, Thea was doing her best to climb into the big trash can bin of scratch grains.

That night all the girls got much smaller rations of gains than normal at milk time. Everyone seemed to be fine except Gwen didn't want to come in for dinner. This is very unusual for her. 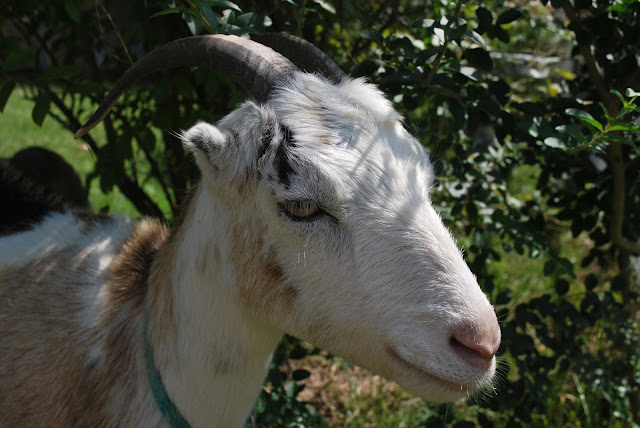 It wasn't until the next morning that we realized that our little girl was sick. She had started having diarrhea and was also spitting up. She wasn't interested in eating anything at all. 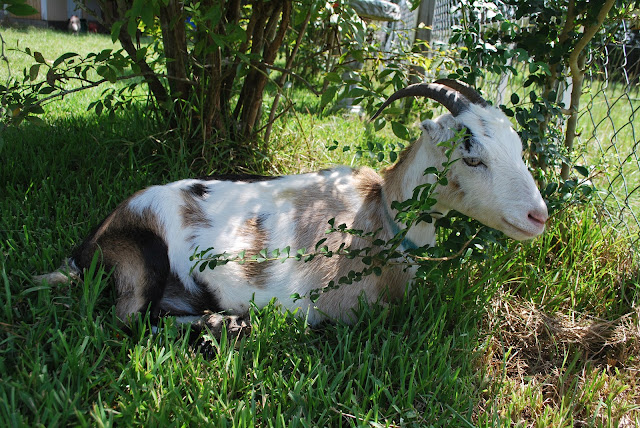 We gave her a dose of probiotics and some aloe juice, and Big Onion and I left to spend a very worried day at work. When we got home the poor girl wasn't any better. She was laying surrounded by piles of her own soft stool, and there were ants crawling all around her. We got her up, made a soft bed out of hay in one half of a large dog crate, gave her a fresh bucket of water, a B vitamin shot and more probiotics. We hoped she'd be better in the morning. The next morning Big Onion called the vet who told him to keep up with the probiotics and suggested we try giving the girl some Milk of Magnesia. Apparently, ruminants can get something called acidosis. This can happen for a number of reasons, but most common is when ruminants (like goats, sheep, or cows) overload on rapidly digestible carbohydrates (grains), which drops the pH of the rumen to a very acidic level. Left untreated, this condition can actually destroy the inside of the rumen and kill the animal. 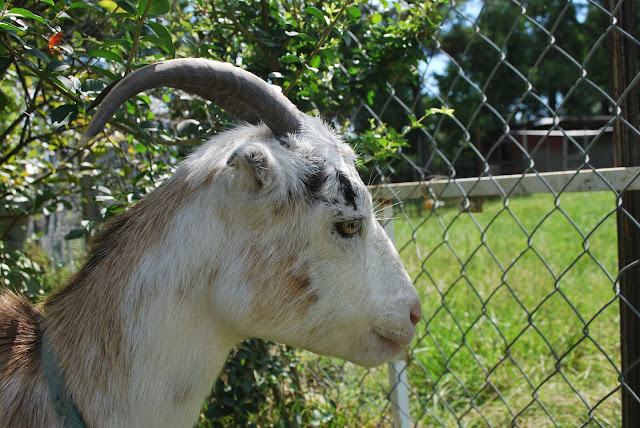 We gave Gwen a dose of the Milk of Magnesia, and this finally seemed to turn things around. She started nibbling at hay. We picked and brought her a selection of her favorite greens. At first she would eat only one or two leaves before turning her head away and looking nauseous. 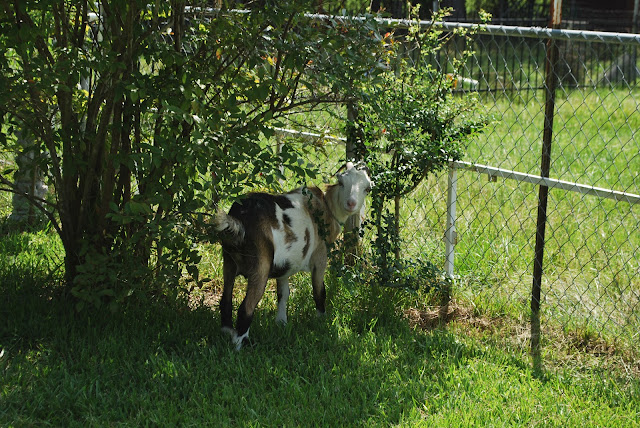 Eventually she was feeling well enough for us to get her up and walk her to the backyard where the delicious and forbidden fruit trees grow. We let our poor girl have her pick of pear, blueberry, and persimmon leaves. 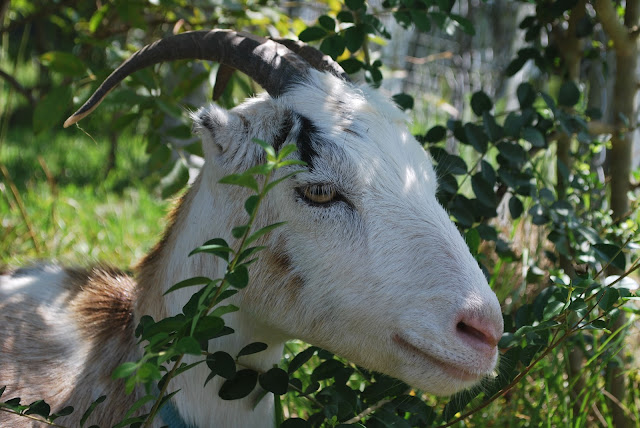 It took over a week, many doses of probiotics and B vitamins, and even a couple homeopathics. At first even the smell of any kind of grain would seem to turn her green with disgust, but eventually Gwen started picking at her goat chow again.  She has lost a lot of weight, but I think our little girl is finally on her way back to normal.
Posted by Kaela at 9:05 AM