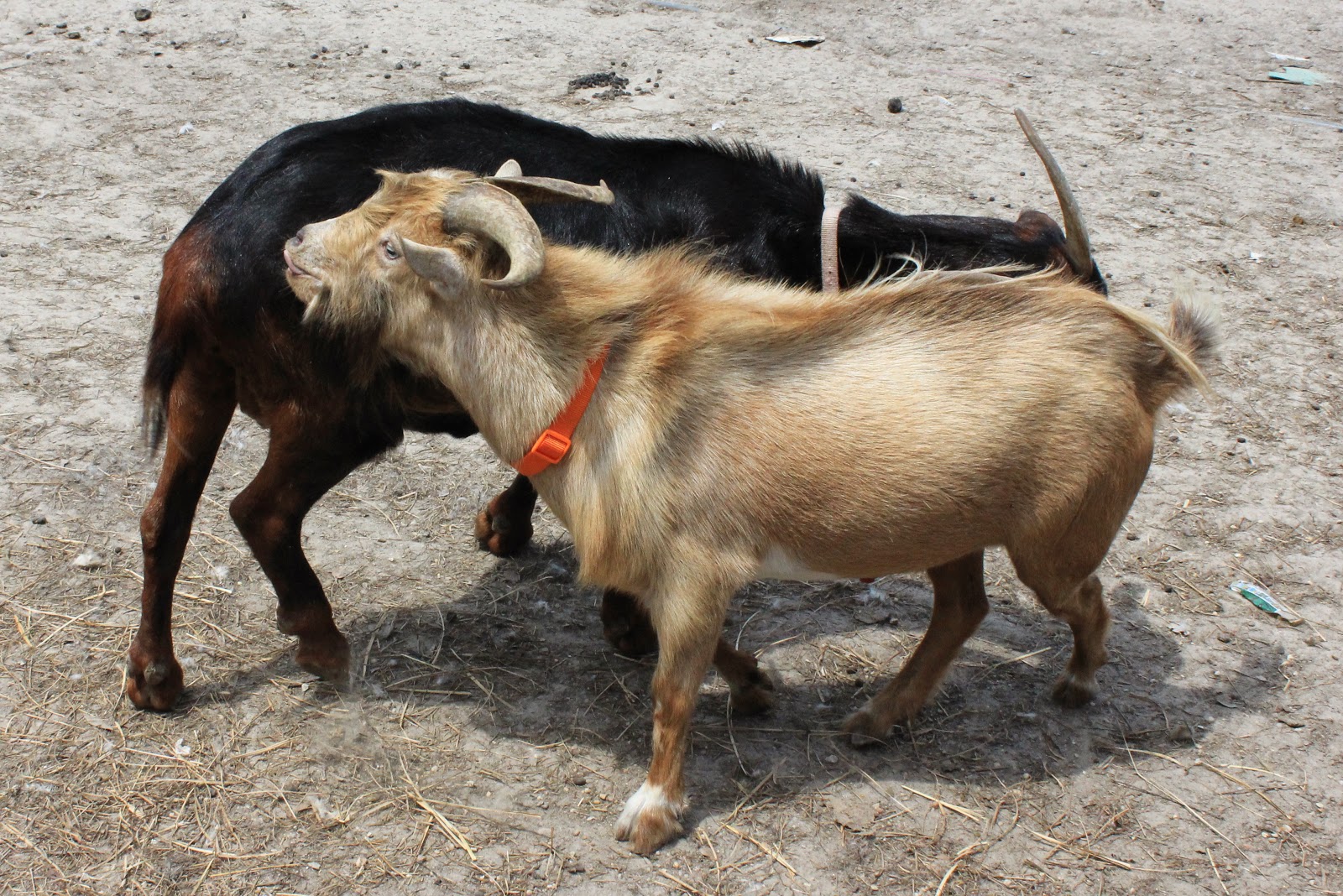 After he had spent his week in quarantine, it was time to let Gimli out to meet the girls. I let him out of his backyard pen and walked him out to the goat yard where all the goats had just finished breakfast. That crazy boy took one look at the lady goats and made a beeline for Gertie, the biggest, gnarliest, oldest gal we have out there. 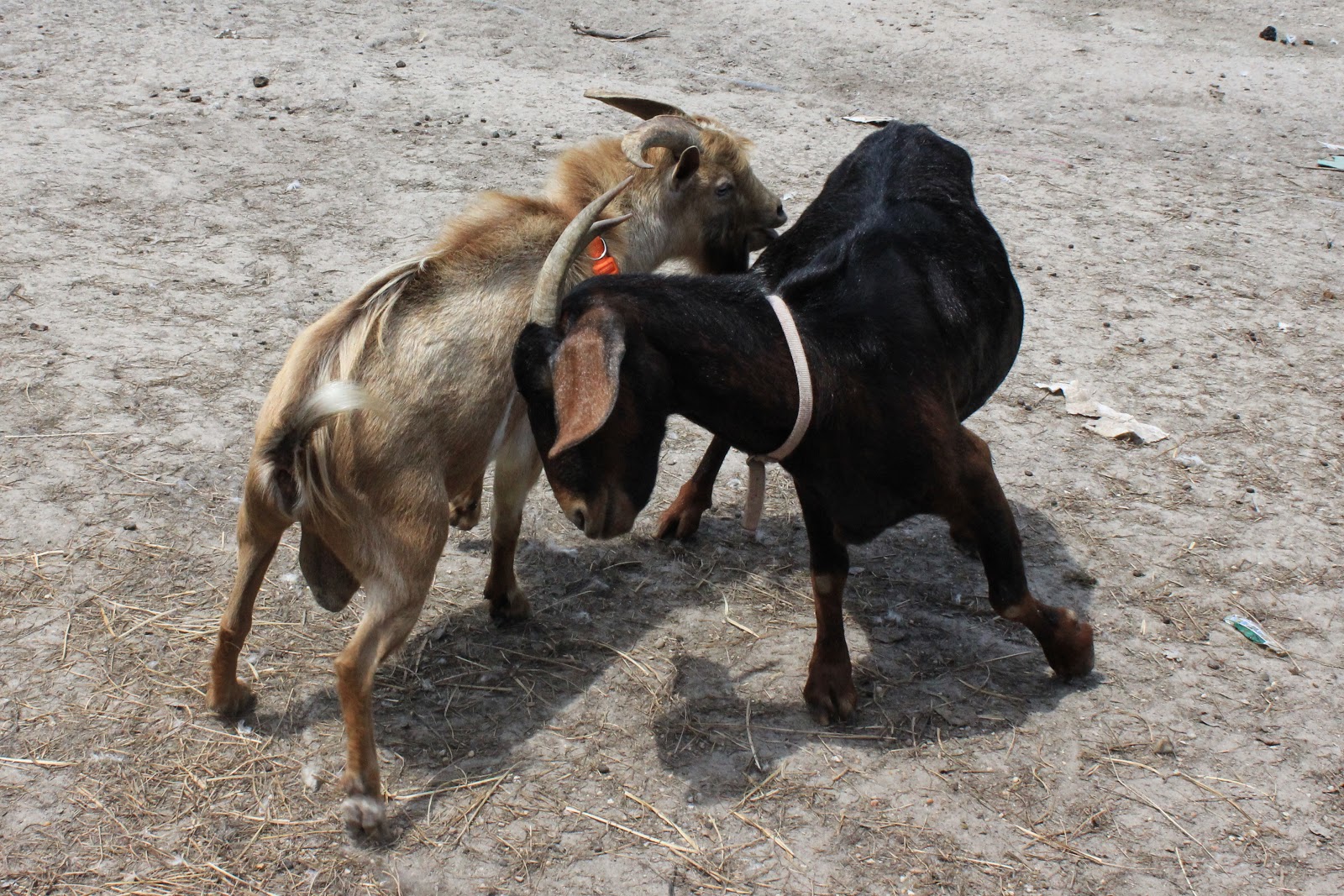 Those two started circling like a top, Gimli trying his best to get to Gert's -ahem- business end, and Gertie doing her best to thwart him. And thwart him she did. That girl has obviously been around the block more than once. 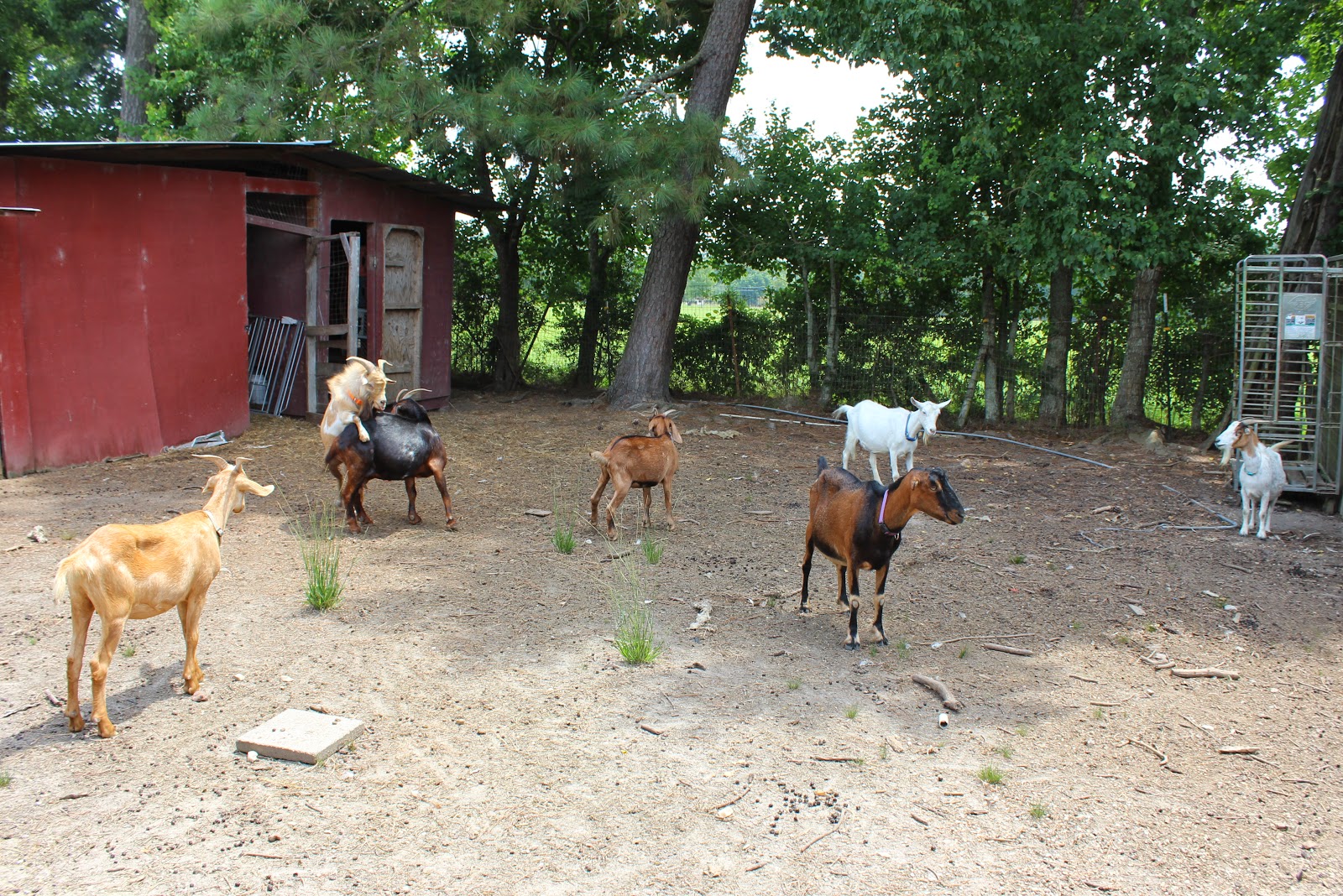 I was busy taking pictures and when I lowered the camera I realized we were surrounded by every other goat in the herd. All this foolishness attracted quite the crowd. 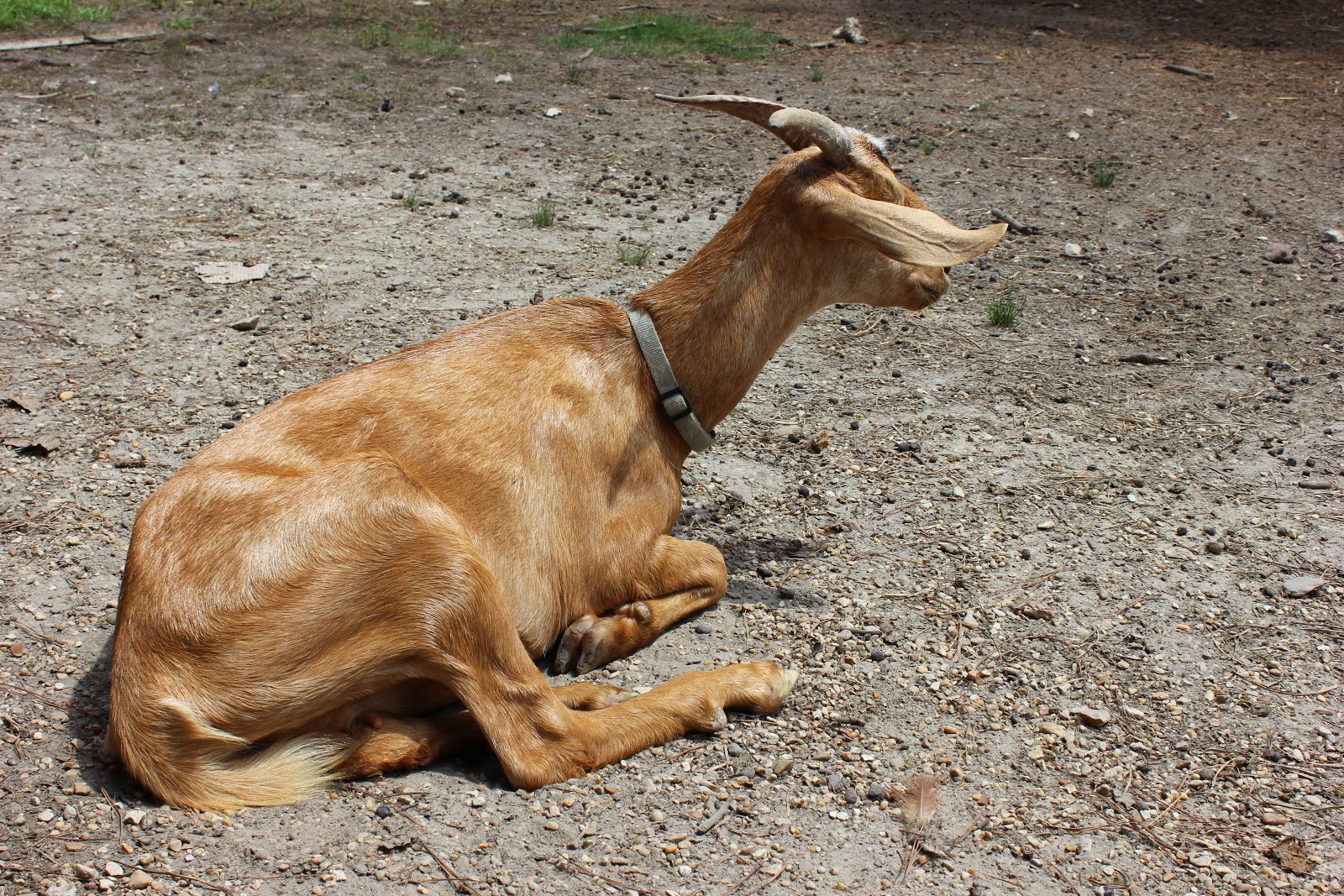 Amelia even secured herself a front row seat and got comfortable. I tried calling her a pervert, but she didn't seem to care. 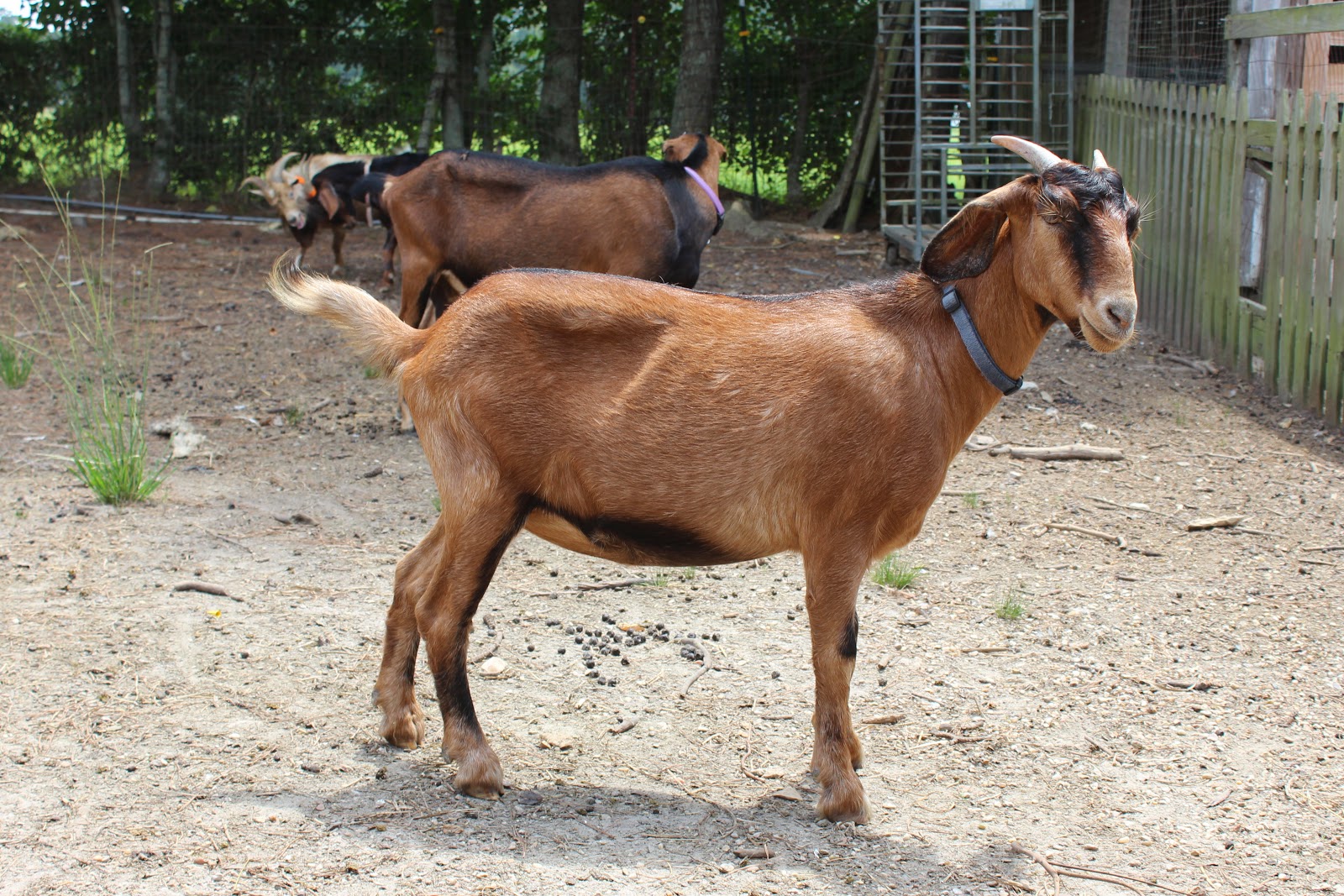 Eve, on the other hand, seemed slightly perturbed at having to watch her mother being courted so lewdly. She eventually pinned her back and walked away saying, "Mom! Ewww!!" 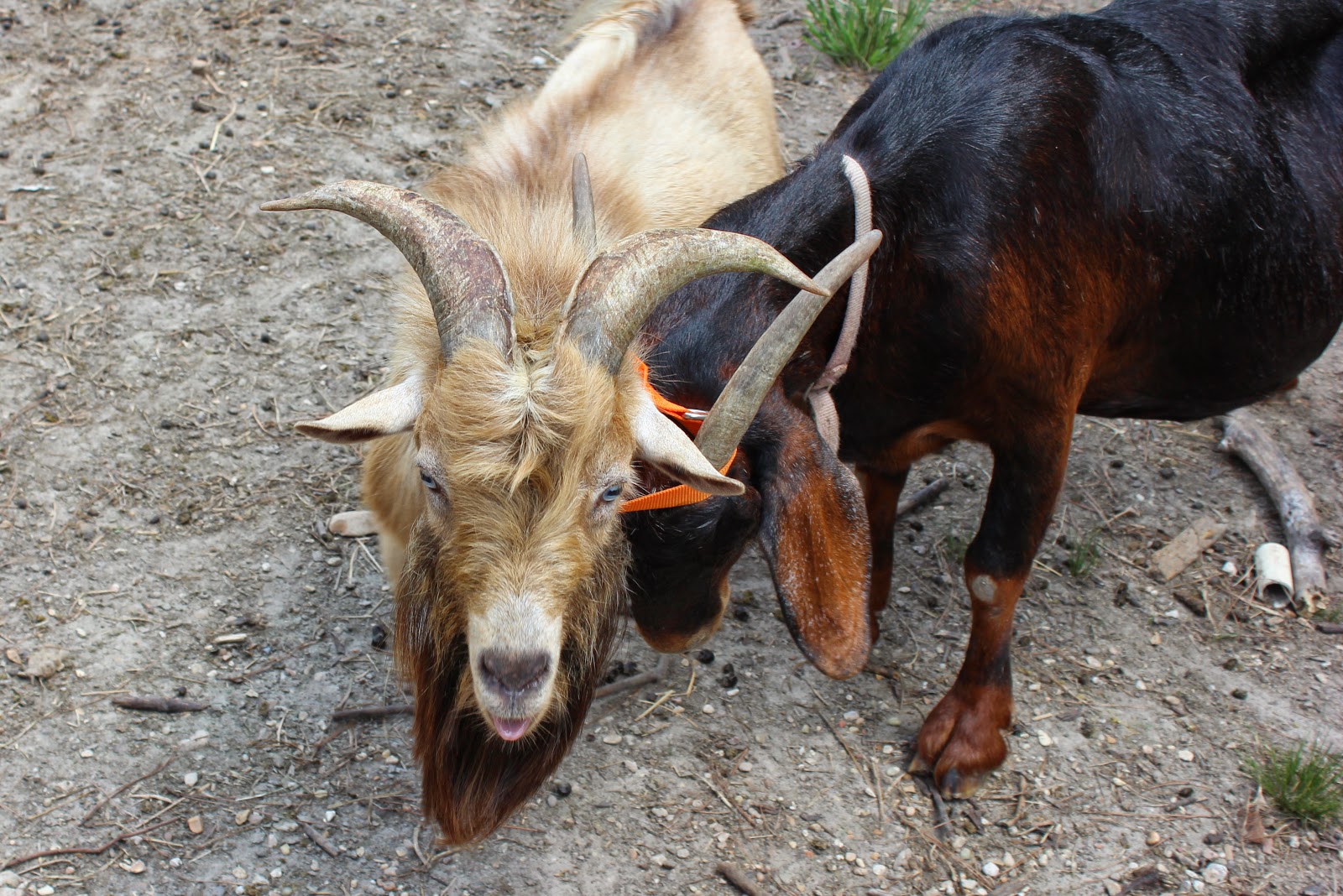 After about 10 minutes of circling, Gertie decided she had had it, hooked her horn in Gimli's collar, and held him there until he agreed to settle down. I assure you this was no accident. I've seem Gertie use this tactic on Eve when she was young and being too rambunctious. Gert is not a dumb goat. 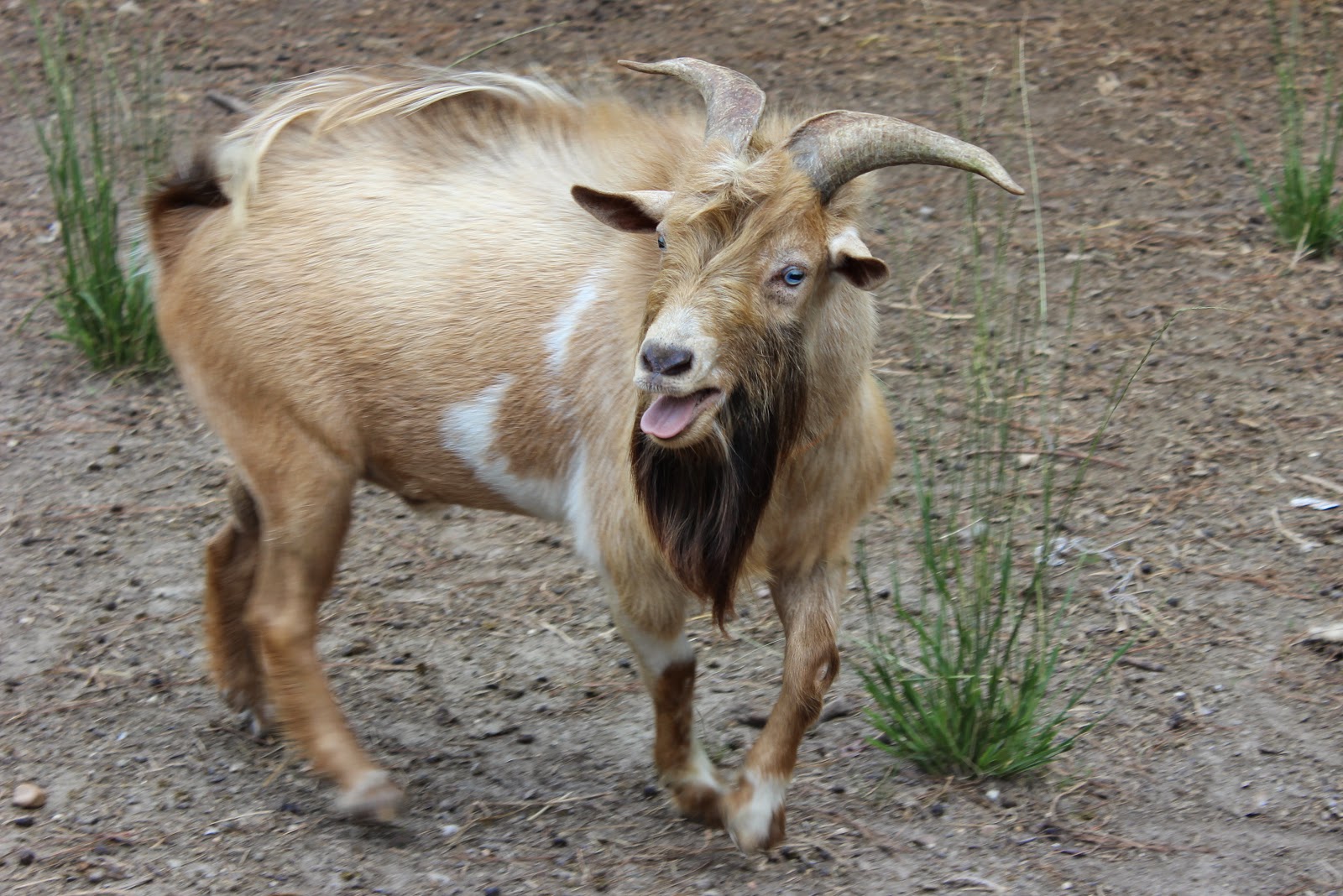 The hanging seemed to snapped some sense into Gimli because he stopped chasing tail for long enough to pee all over himself and run around sniffing every other girl in the place, all the while making silly whooping and spitting sounds. I'm telling you, goat boys are ridiculous. 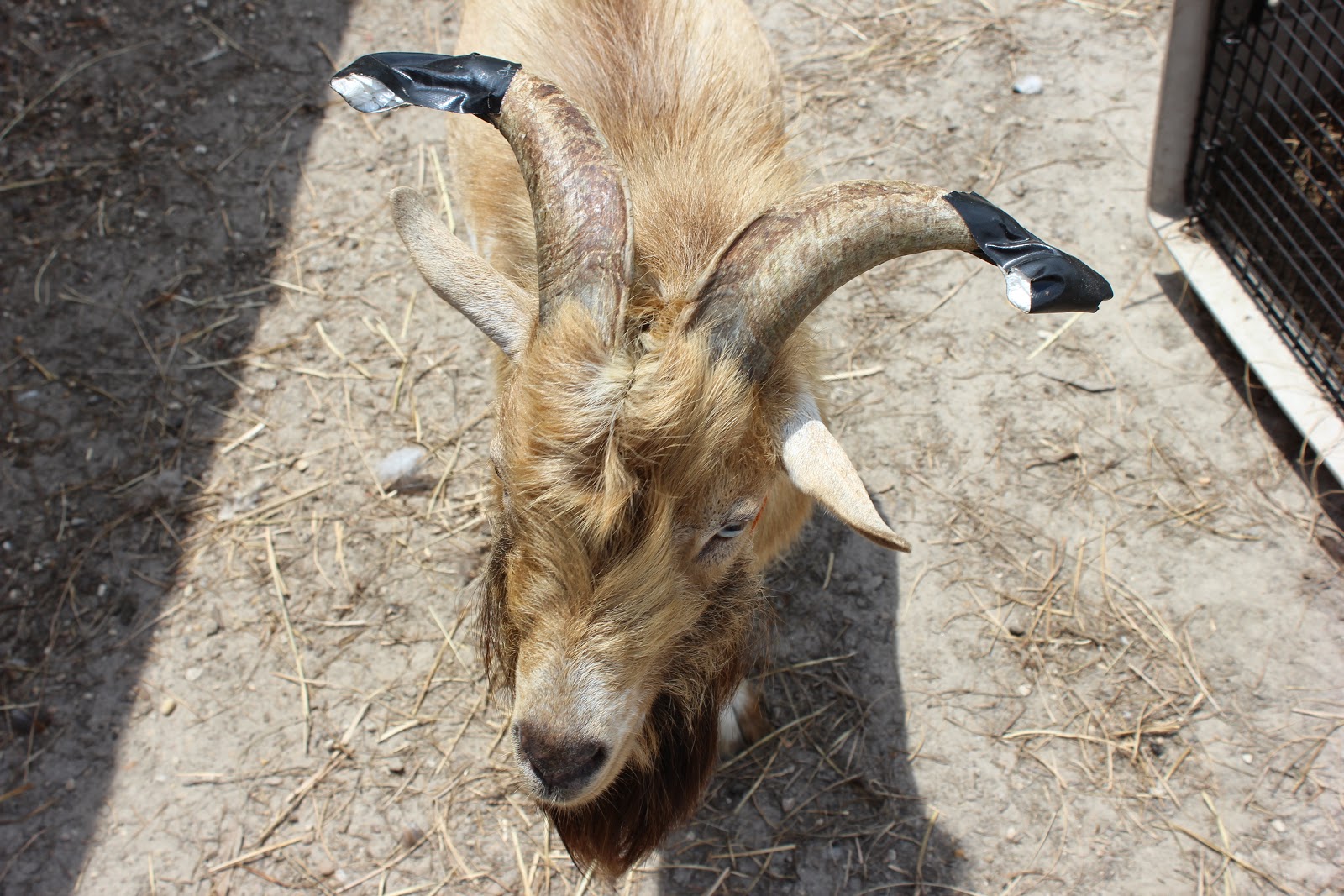 After watching all that craziness with Gertie, I decided to do something about Gimli's horns before he put someone's eye out. They turn straight out the side and are rather pointy. I didn't have any tools out with me so I improvised some padding using wadded up paper towels and guerrilla tape. This has actually held up really well.

Gimli never did succeed in wooing Gertie that day. Hopefully he will have better luck with the other ladies!