Gimli on the job 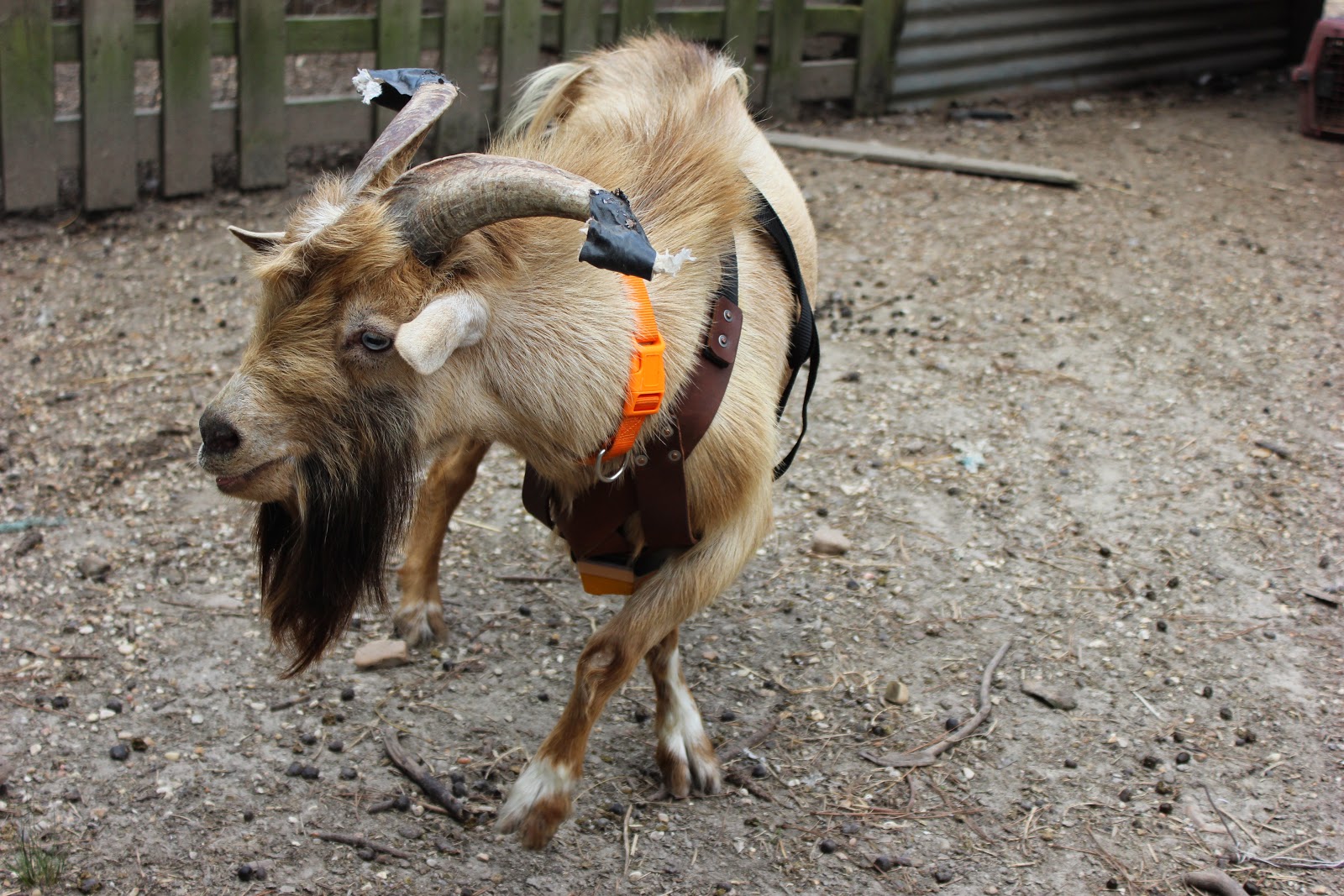 Gimli, our new dwarf buck, has been out with the girls a few weeks now. When he first got here, we ordered a breeding harness for him. A breeding harness is a slightly indecipherable contraption that has a place on the chest for attaching what amounts to a large crayon. It sits right between the front legs of the goat or sheep and leaves a colored smear on the back end of any of the females that the male...ahem...services. The harness we ordered was made for smaller sheep and goats, but I don't think the creators had dwarf goats in mind when they made this thing. 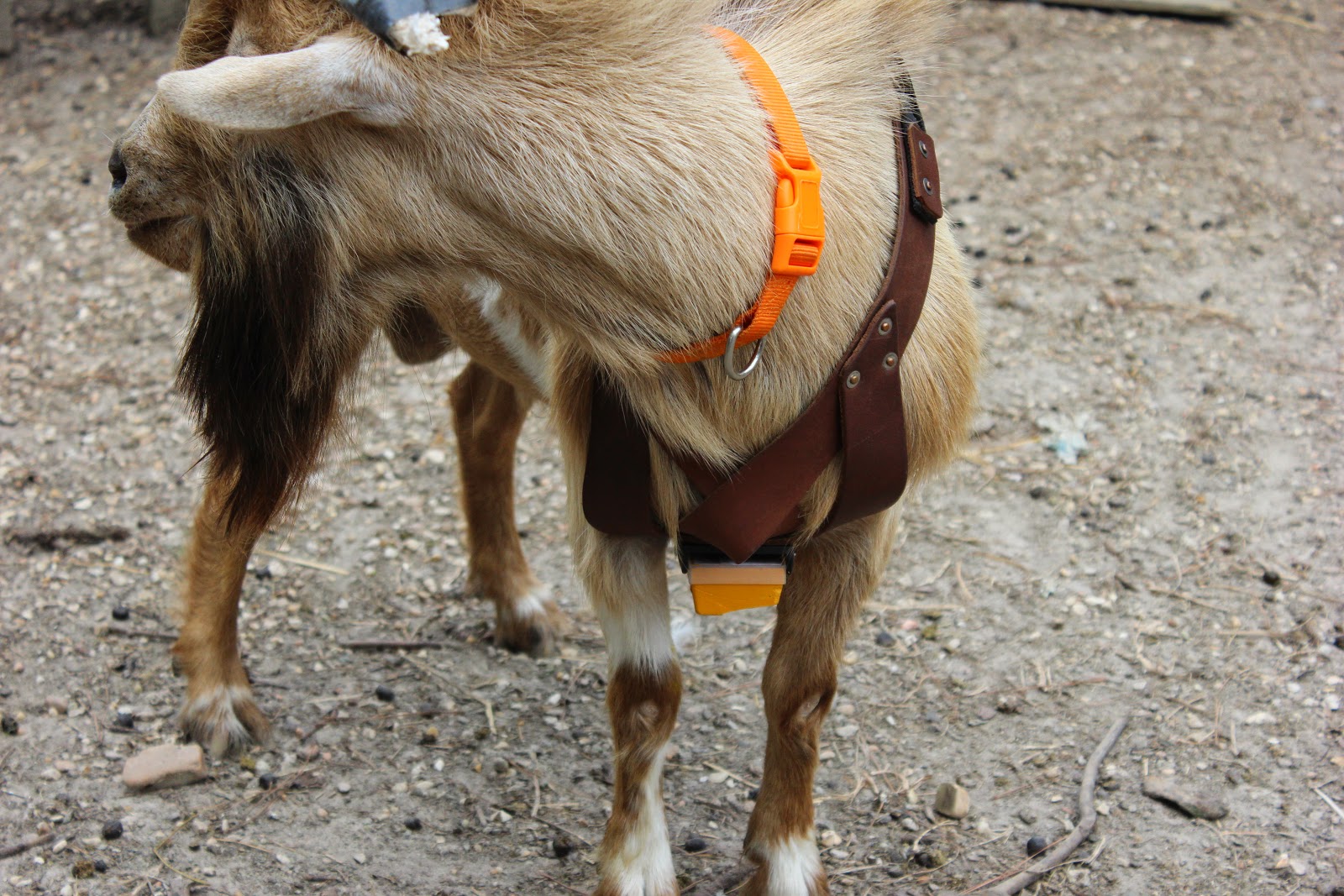 It took some maneuvering and a few zip ties, but we eventually got the thing securely in place on Gimli's small but very sturdy frame. We chose a yellow crayon because we thought that would be the most visible color on all our various girls' rear ends. 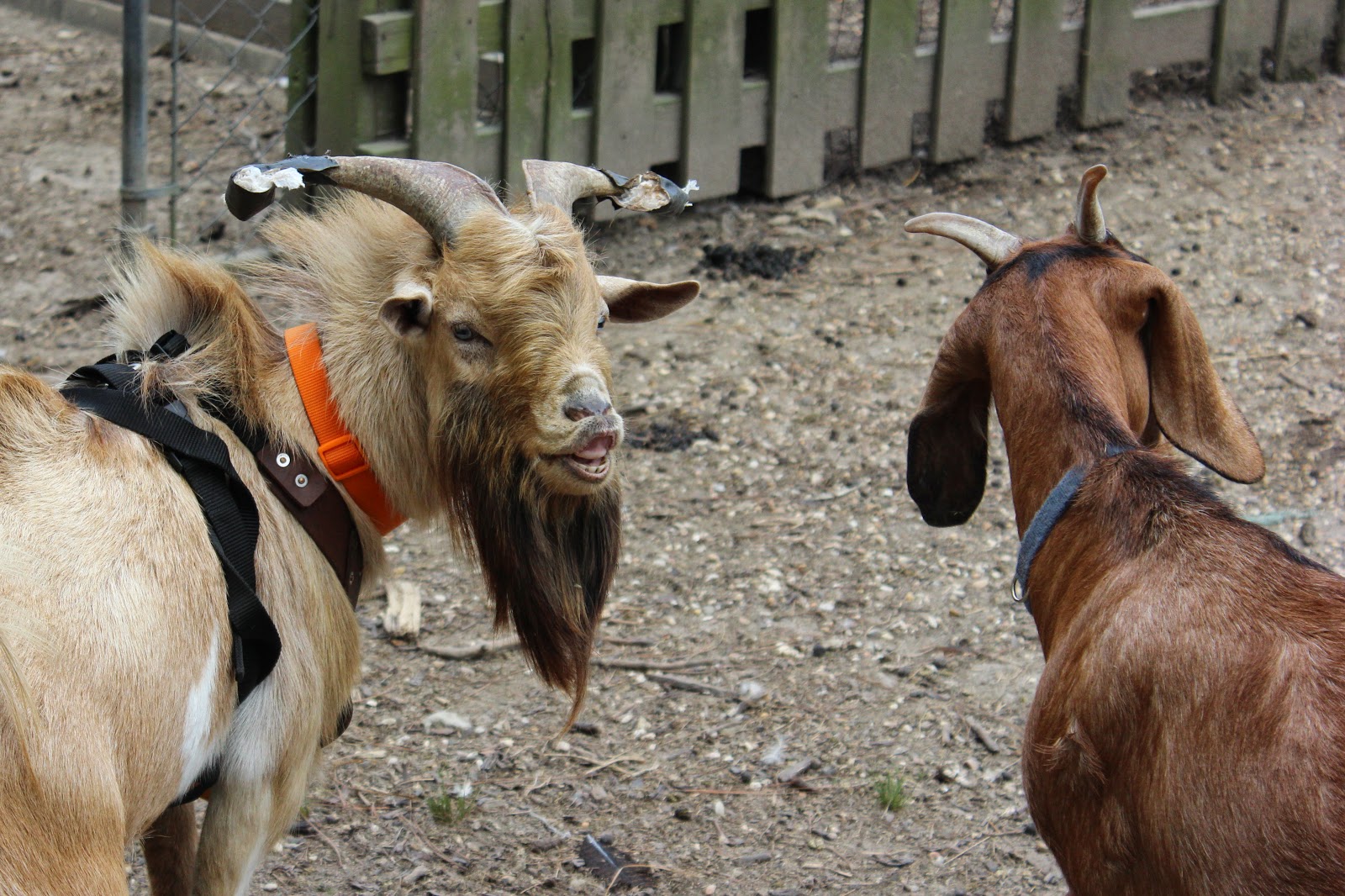 That lip curl is goat talk for, "Damn girl, you so fine!"

Eve was the first to cycle into heat almost immediately after we released Gimli to the girls. By that evening, Eve was sporting a bright yellow butt. We tried our best not to make fun of her tramp stamp.

The following day, Gwen was ready to get into the action, but Eve was still madly in love with our blue eyed boy. What followed was a whole lot of goaty weirdness that involved all three of them jostling each other around and doing things for which I really wish I hadn't had a first row view! 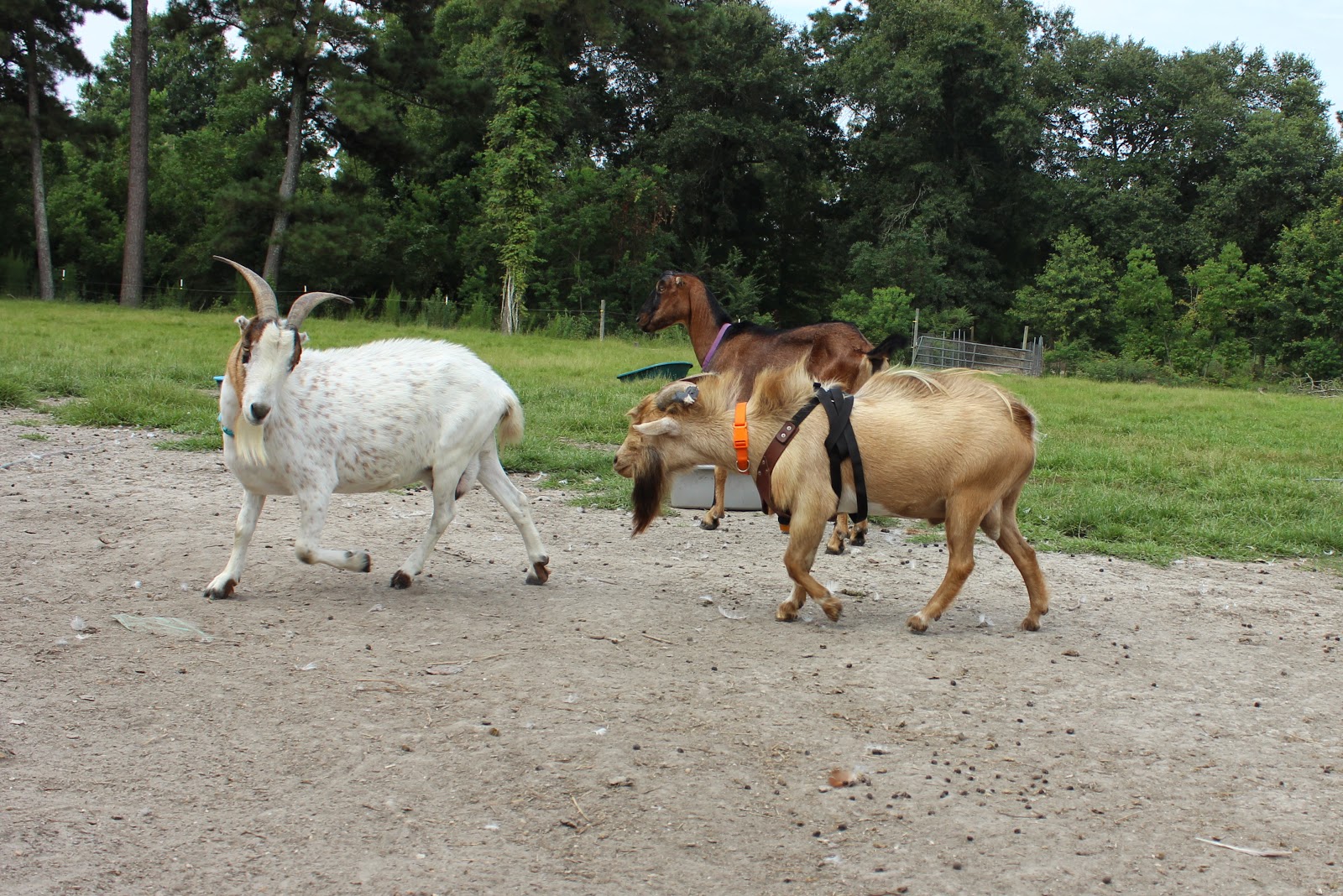 At this point, we are fairly certain that Gimli has had his dwarven way with all the girls except Gertie. He tried is his best, but that big, old lady was just not having it from some pipsqueak of a buck! 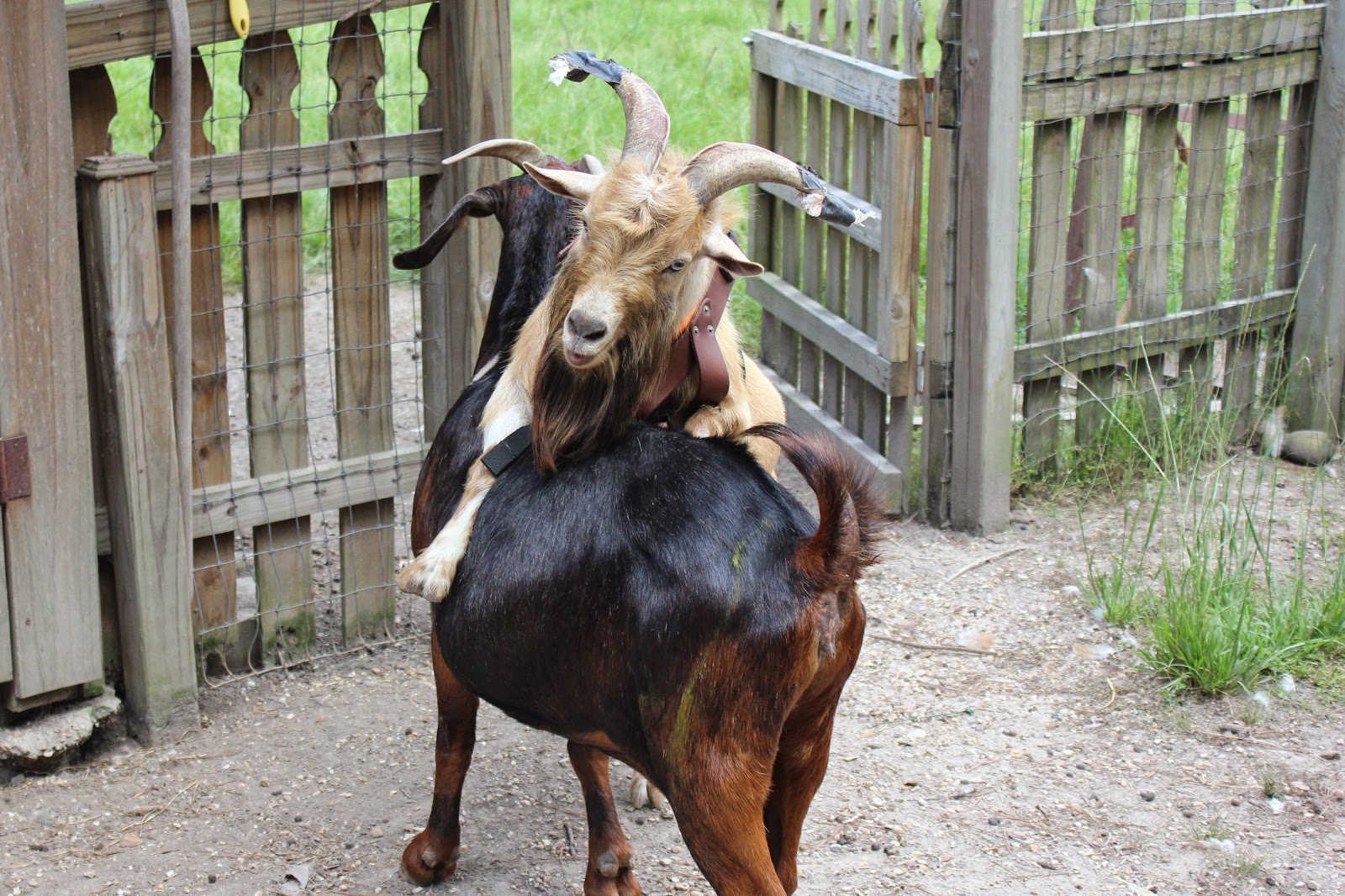 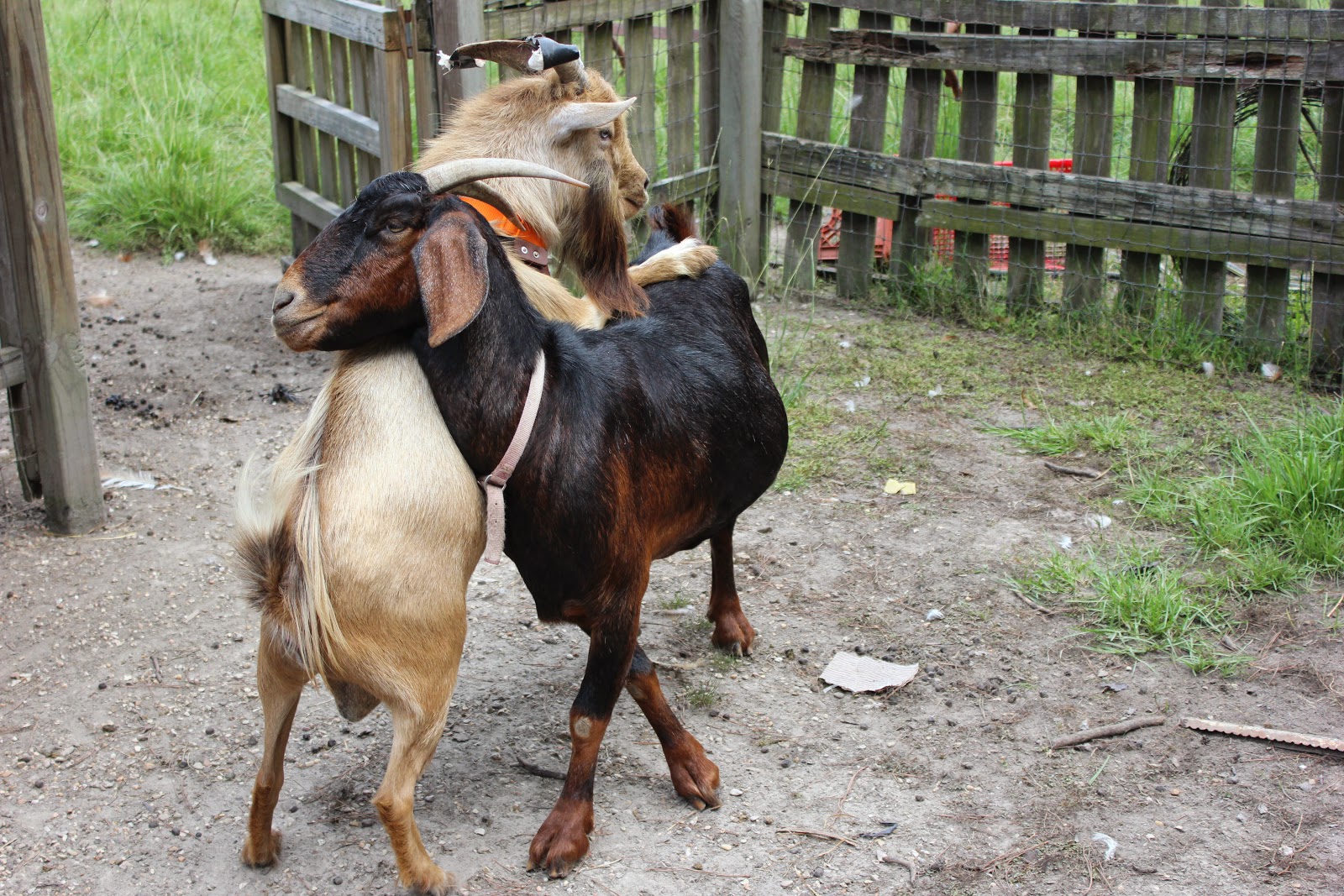 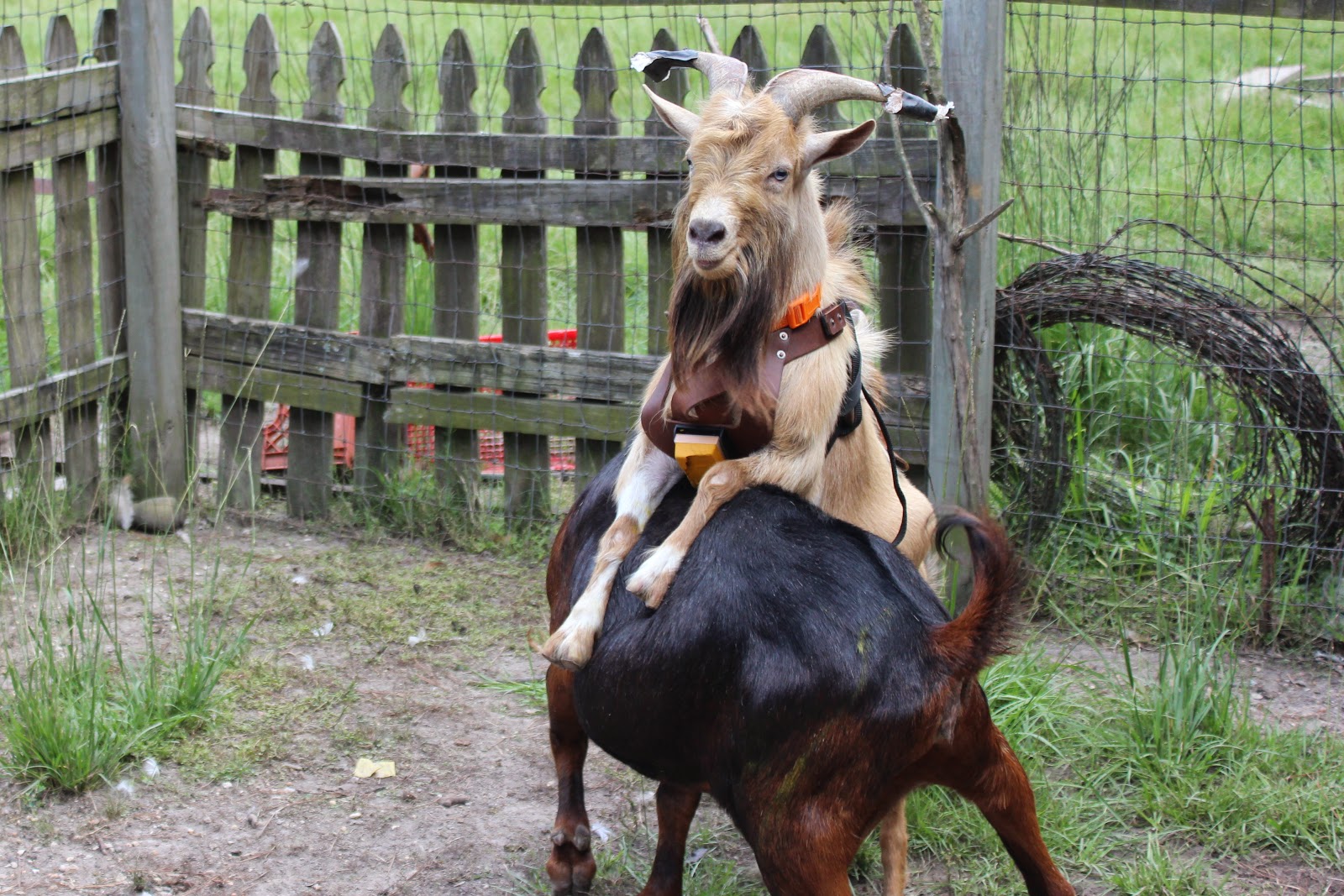 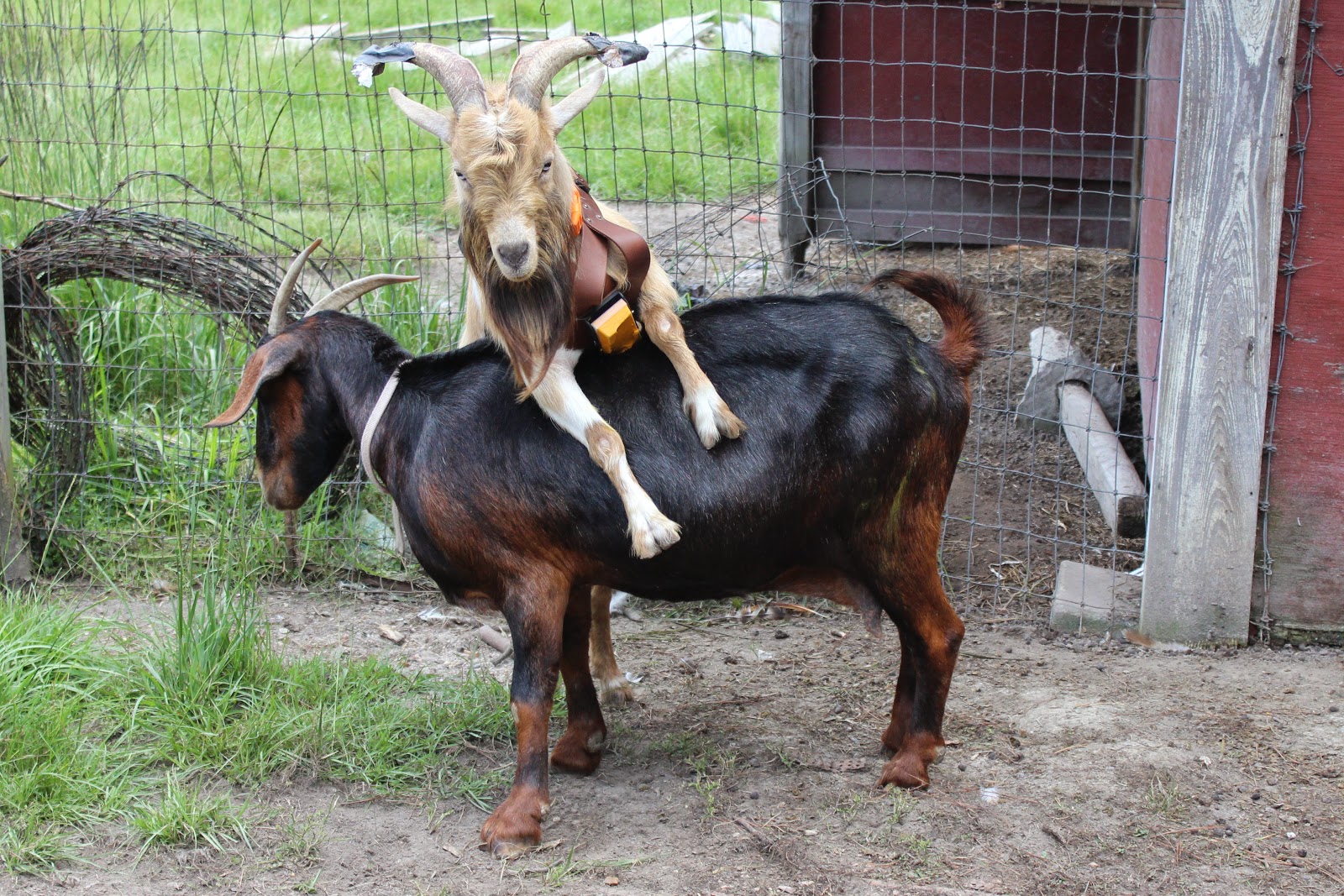 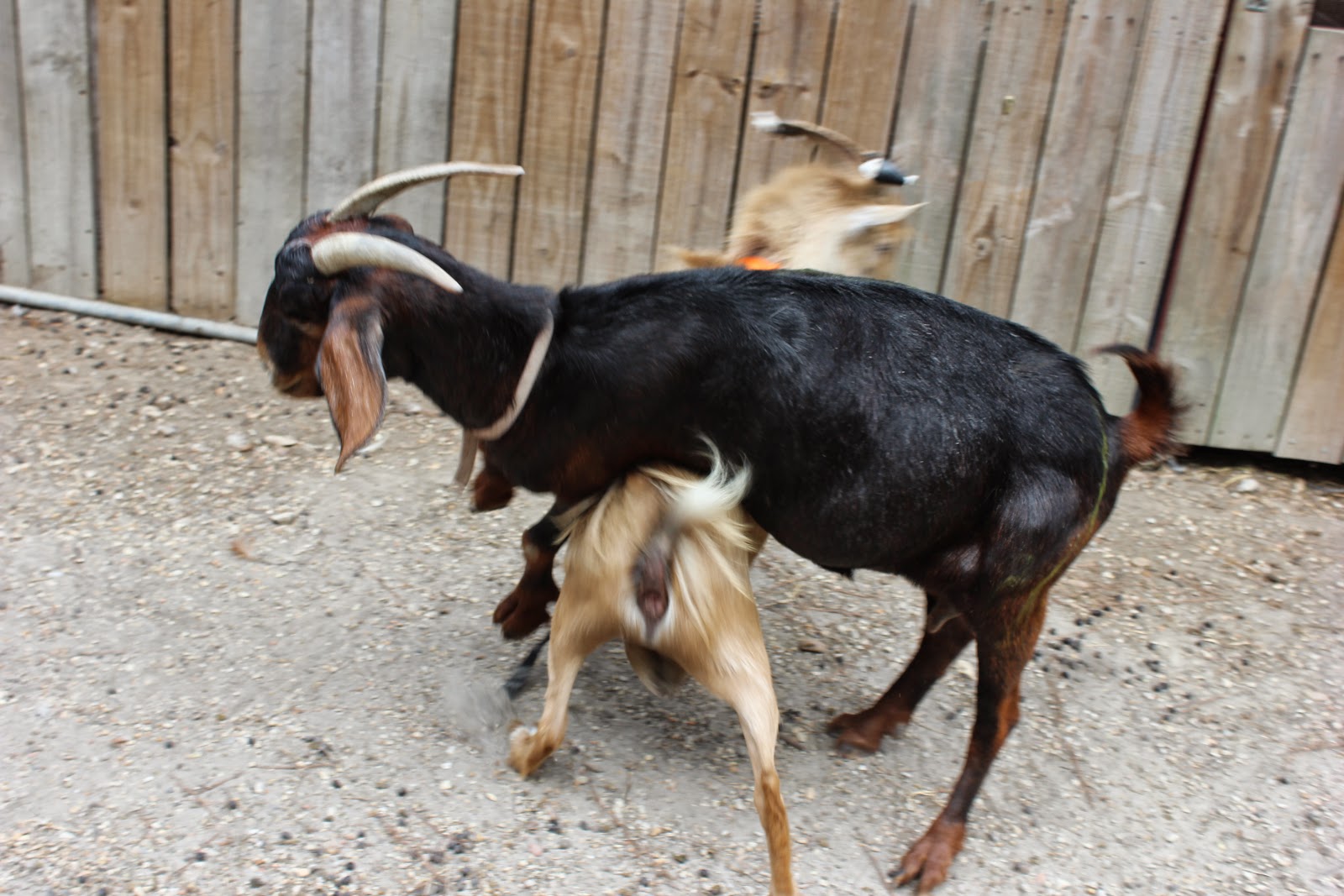 At some point, I even saw her mounting him! I'm pretty sure my trying to explain to Gertie that that was not how things were supposed to work in the goat world fell on deaf ears.

The next step is to send off pregnancy tests in a few week to make sure everyone is in a motherly way. Boy are we going to have our hands full come January! 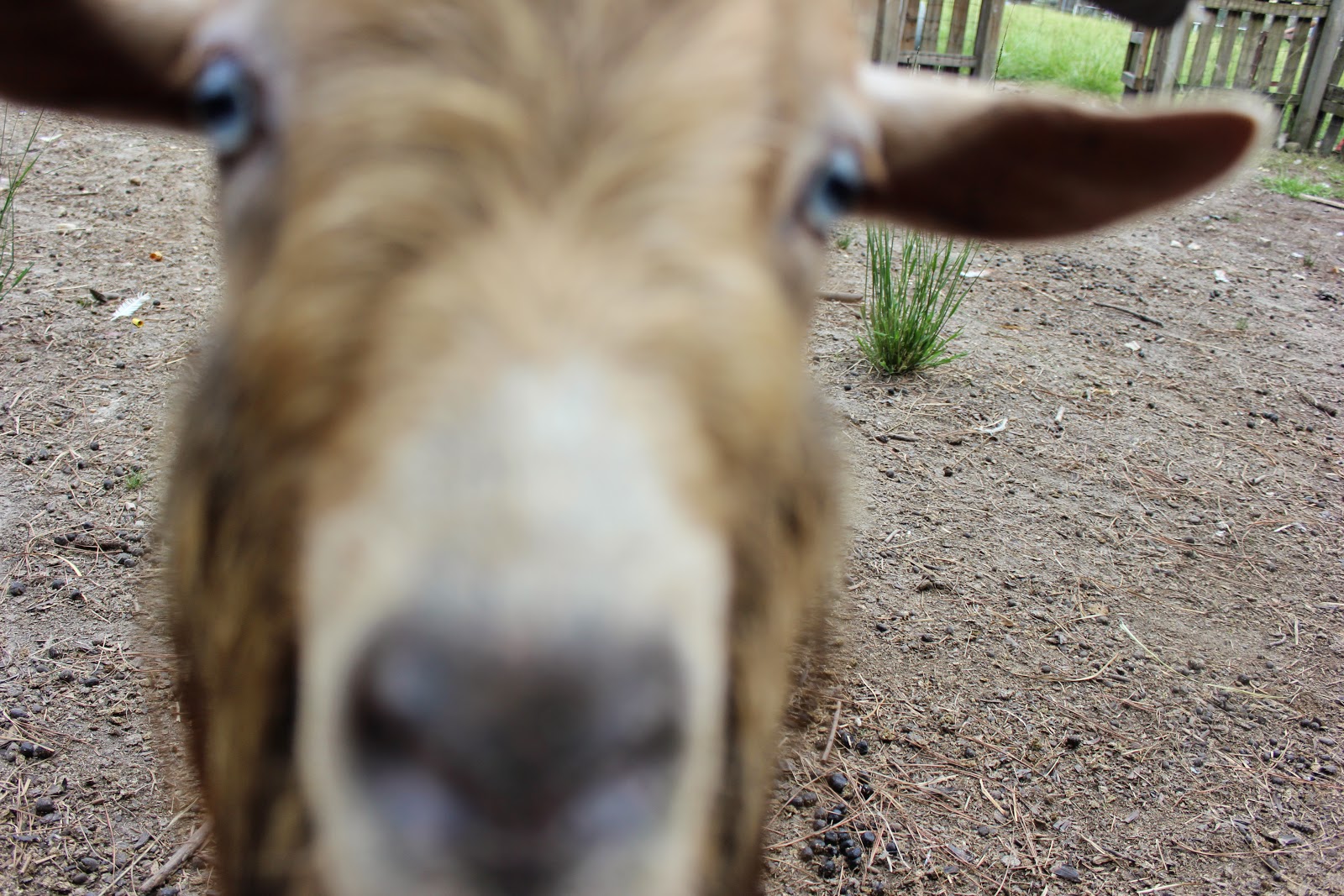