The Poults on Dirt 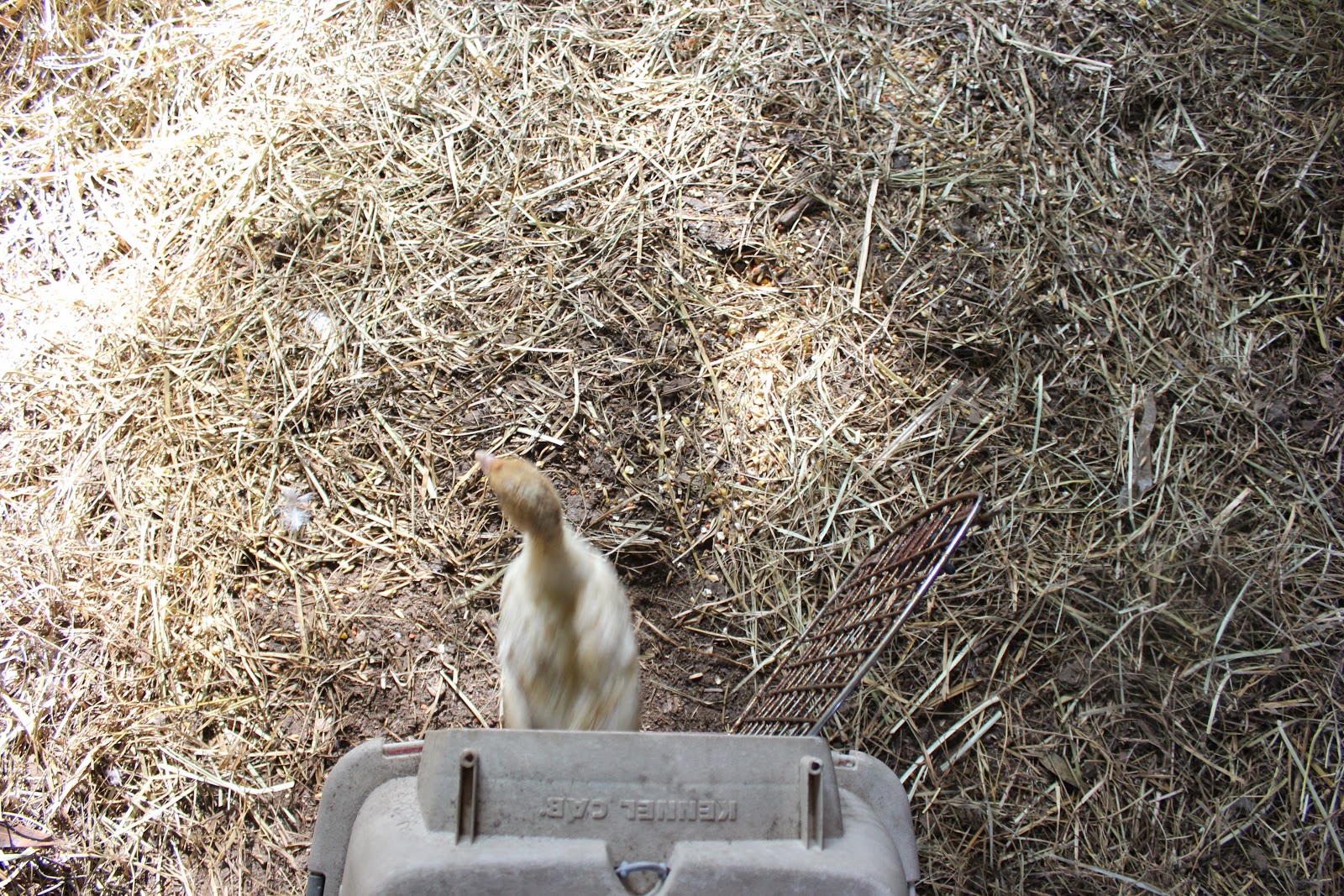 The broad breasted white turkey poults are growing fast! They moved from the indoor brooder to a raised pen in the poultry house. Last week they were finally big enough to move into one of the enclosures on the ground. 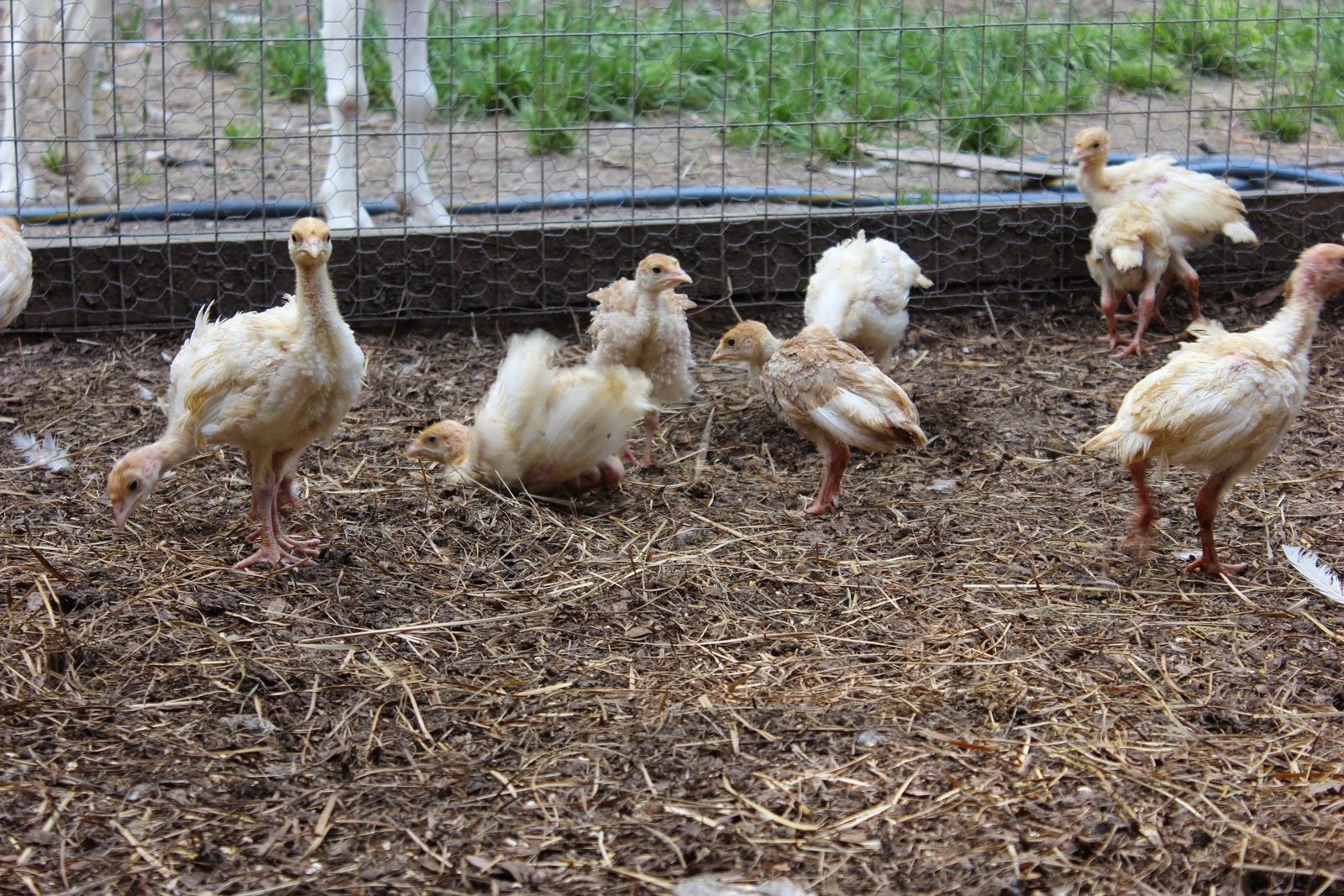 I just love watching that moment when a bird's feet first touch the ground. It's like they go from being little eating, drinking, pooping machines into being real animals. These little guys immediately started scratching and pecking at the ground. A couple even started taking dirt baths. These birds had never even seen dirt before. How did they know what to do with it so quickly? Isn't instinct an amazing thing! 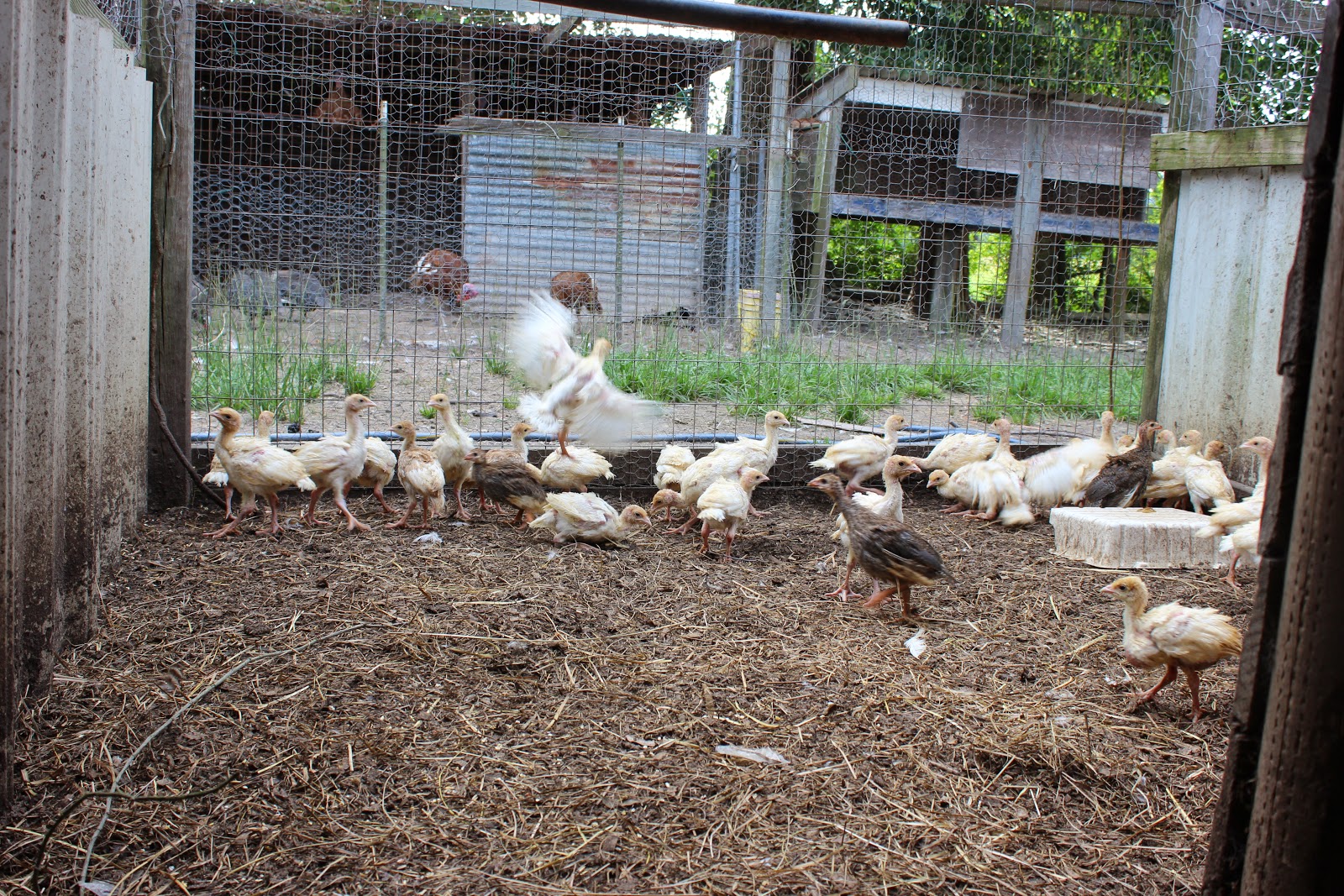 It wasn't long before a few of the birds decided to stretch their wings and take a stab at flying. 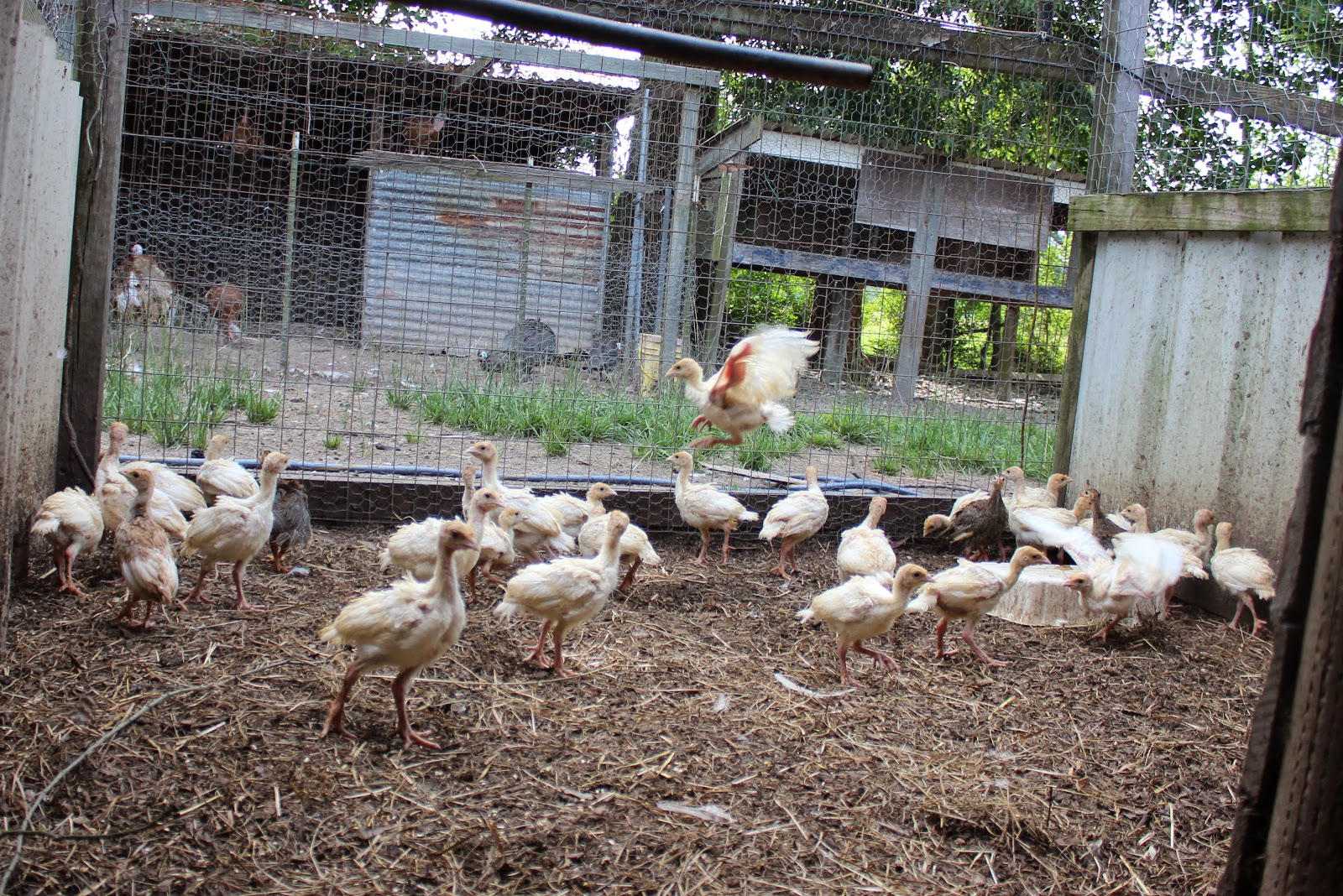 OK, so it was more like wing-assisted hopping, but it was still rather funny to watch these fat little birds pop into the air one after another! It won't be long until these guys will be roaming the pastures and getting under foot like only teenage turkeys can!
Posted by Kaela at 9:57 AM