We had been up and down all night bottle and tube feeding Gwen's newborn kids, and I volunteered to get up early and start morning chores while Big Onion tried to catch a couple extra Zzz's on the couch. Since he had just built us a new milking system (yay!), Big Onion said he would follow me out in a little while to show me how it works.

When I opened the back door, I heard goats calling. Now this is not all that uncommon around here since Francesca is THE most vocal goat known to man, but today her usual yelling was accompanied by other voices. As I was getting close to the poultry house, I looked over to see Eve nibbling at something on the ground. It took a few minutes for my sleep deprived brain to process that she was nibbling at an afterbirth and that afterbirth meant that she had probably just kidded....but where was the kid?

Now Eve is a weird and goofy goat. I had visions of her giving birth, taking one looks at that kid and being freaked out by what just fell out of her backside and running away! I feared I'd find a little cold, dead baby goat left in the field somewhere. About that time, I heard a goat calling again only this time I was sure it wasn't Francesca.

I walked around the corner to find Josie standing there with a little blonde, blue eyed baby pinned to the fence behind her. Josie was calling to the baby over and over again in hopes of claiming it as her own. Josie had stolen Eve's baby!

I had a moment of panic while I tried to figure out how to catch a wild eyed, half crazed, very, very pregnant Josie without her trampling or crushing the baby that was sandwiched between her massive body and the fence. I had to get that baby reunited with her actual mom as soon as possible or there was a chance that they wouldn't bond, and we would have yet another bottle baby in the house. Thankfully, we had taped up Josie's teats so there was no chance the baby could have nursed from her and potentially contracted CAE. I put in a quick call to a half groggy Big Onion yelling something along the lines of, "All hell's broken loose! Get out there NOW!"

Josie isn't the easiest goat to get your hands on in the best of times so I started talking to her very softly and walking slowly toward her. All the while she was calling away, "I'll show you! You ain't stealing this baby from me because I stole her first!" When I got within range, I swiftly grabbed her collar and pulled her away from the baby and the fence. I dragged her across the yard and into the milk room and quickly slammed and locked the door.

Meanwhile, that poor baby was calling and calling, and I think Eve finally figured out that she was missing something and started yelling back to her kid. Gwen having just kidded and never to be outdone, started calling too and then the two teenaged kids, Francesca and Lucia, decided to chime in for good measure.

Somehow in all that cacophony, I got mother and baby together and closed them into the goat room. I breathed a sigh of relief when I saw Eve immediately start grooming her kid and the little girl start nosing around for mom's udder. My relief was short lived though when I realized that behind me one very pissed off Josie was doing her best to headbutt her way through the milk room door.

She was still yelling her fool head off and the confused little doeling was calling back not sure who she should answer to. Hearing her mother so upset, Gwen started calling even louder! In an effort to calm everyone down, I waiting until Josie was in between bashes and unlocked and flung the milk room door open. I grabbed Josie by the collar and dragged her out, across the first pasture, and locked her behind the gate to the bridge. I came back, grabbed Gwen, and locked her behind the gate with her mother. They could still call, but at least Josie wouldn't be doing her best to demolish our out buildings! 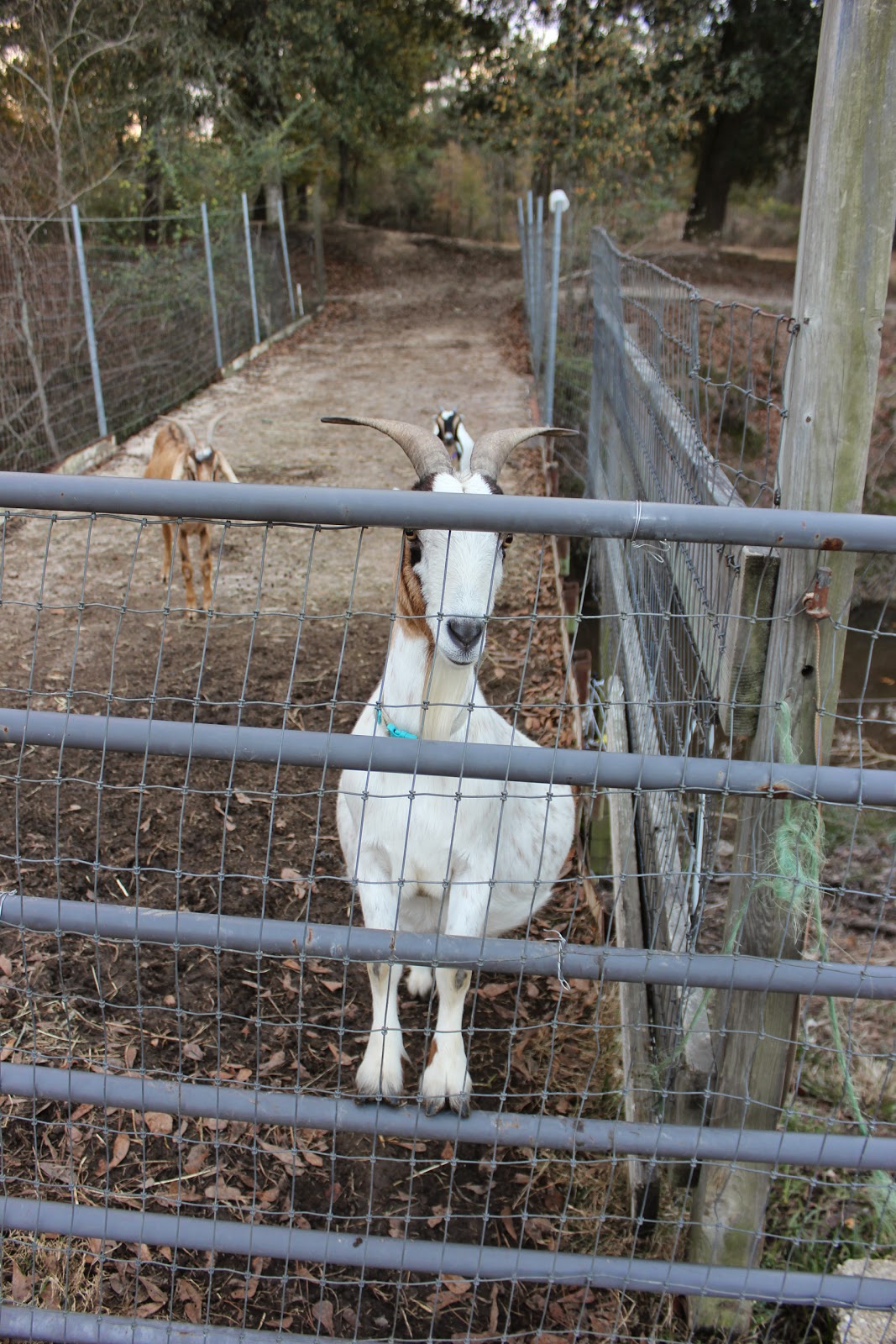 When I finally made it back to check on mother and daughter, the little one was happily nursing away like nothing had happened! What a resilient little girl! It was about that time that Big Onion finally made his arrival on the scene totally missing all the action! 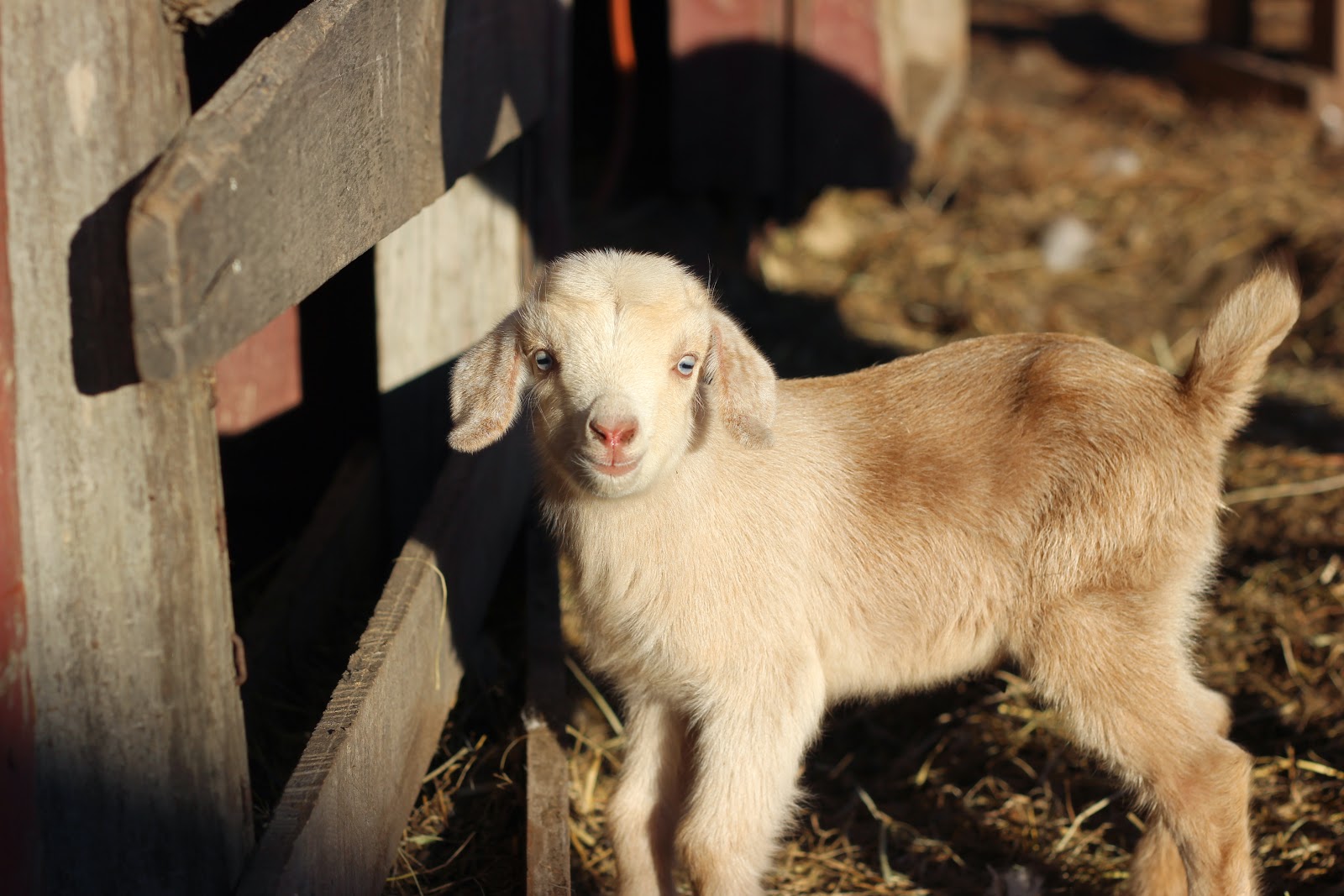 We decided to call Eve's little girl Turnip, and I have to say that despite her having a very dramatic entry into this world, that little girl probably has the best temperament of any of the kids we've had this year. 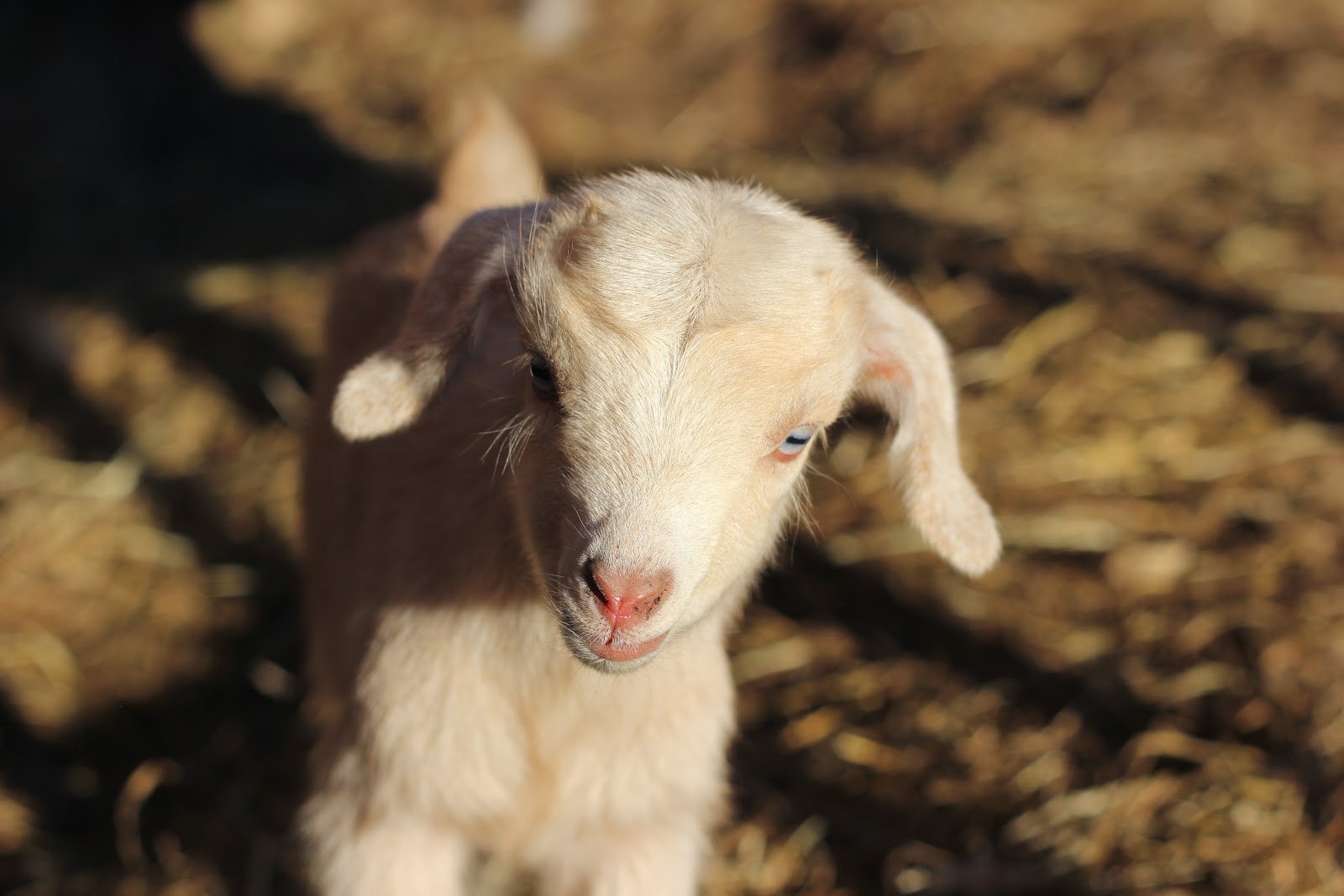 She is sweet, silly, bold, and inquisitive. She drives her mother crazy with her independence and lack of fear. Of all our kids, even the bottle babies, she is the one who seems to enjoy human attention the most. She will seek us out and get our attention by nibbling on our clothes or pawing at our legs. She loves nothing more than to be picked up and snuggled and to have her cheeks and neck scratched. Her wonderful attitude reminds me so much of her grandmother Gertie who we lost not that long ago. Of all the kids, she will be the hardest to sell, and Big Onion and I have already started talking about maybe keeping the sweet little thing around to take her grandma's place. 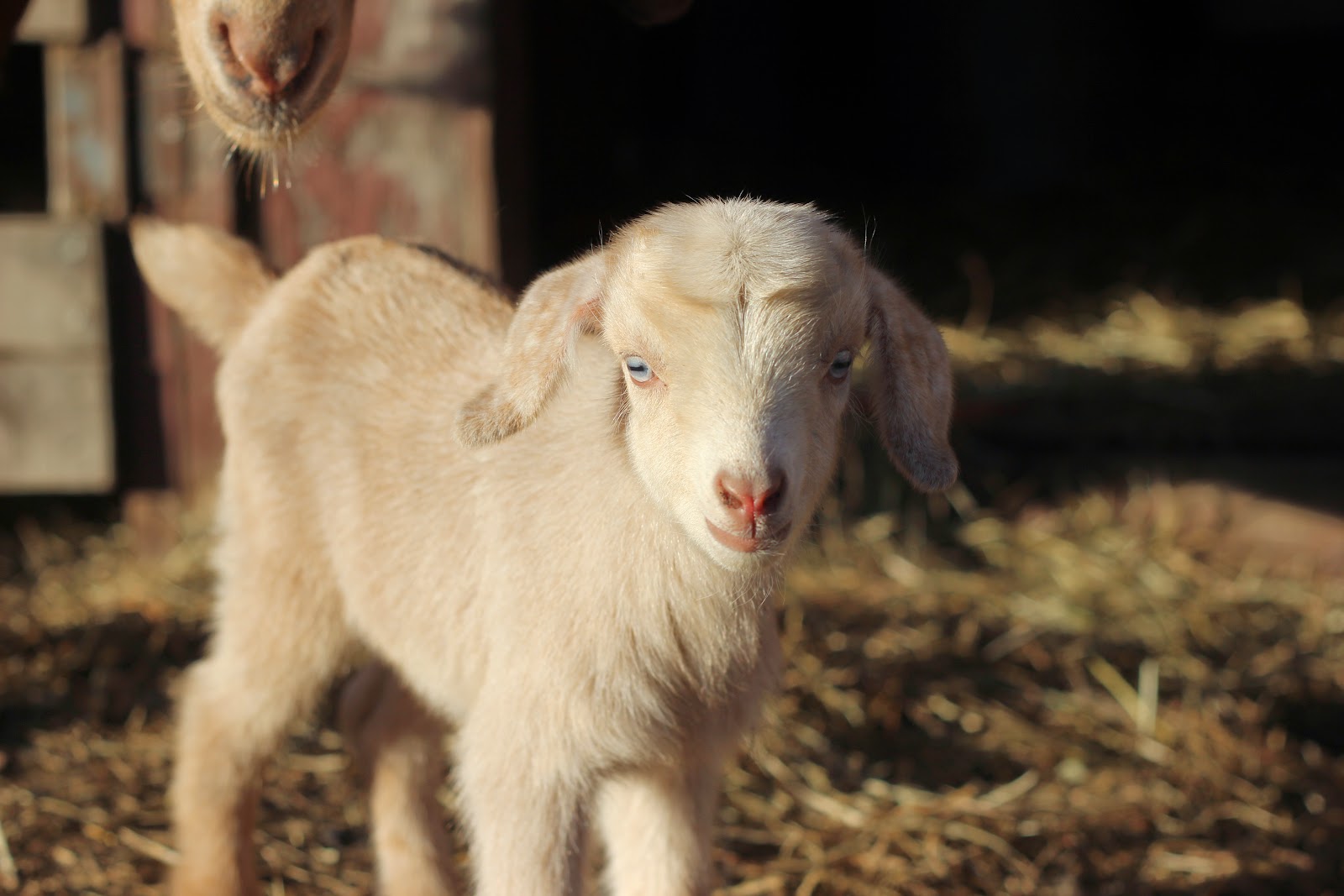