That evening Charger looked great. He was up and active, and his mother was doting over him. Little Chance was not looking so hot. She did not seem to have nursed much during the day so we decided to give her a bottle, but to leave her with Bonnie in the hopes that somehow things would work out.

The next morning, we again gave the little ewe a bottle then we both left for work. When Big Onion got home that evening, he sent me a message saying it was clear that Bonnie was not going to adopt Chance. She was caring for and feeding her own son, but she just was not up for a second lamb.

I suggested that Big Onion bring Chance in while he was milking and let her nurse from Thea. We've used Thea in the past to nurse other kids and lambs. As long as there is food in front of her on the milk stand, Thea could care less what is happening at her other end.

I arrived home late from work. Big Onion had just moved Thea from the milk room to the goat room next door. Chance was milk drunk and happy to cuddle on my lap while I sat and watched Big Onion finish up milking the rest of the girls.

We were sitting there chatting about our days when we heard a strange sound, a low humming coming from the next room. It was followed by soft, sad calls that made little Chance in my lap perk up and call softly back.

Big Onion and I looked at one another. I said, "Is that Thea? Is she...is she calling for this baby?" He shrugged and suggested we try putting the two of them together and see what happened. 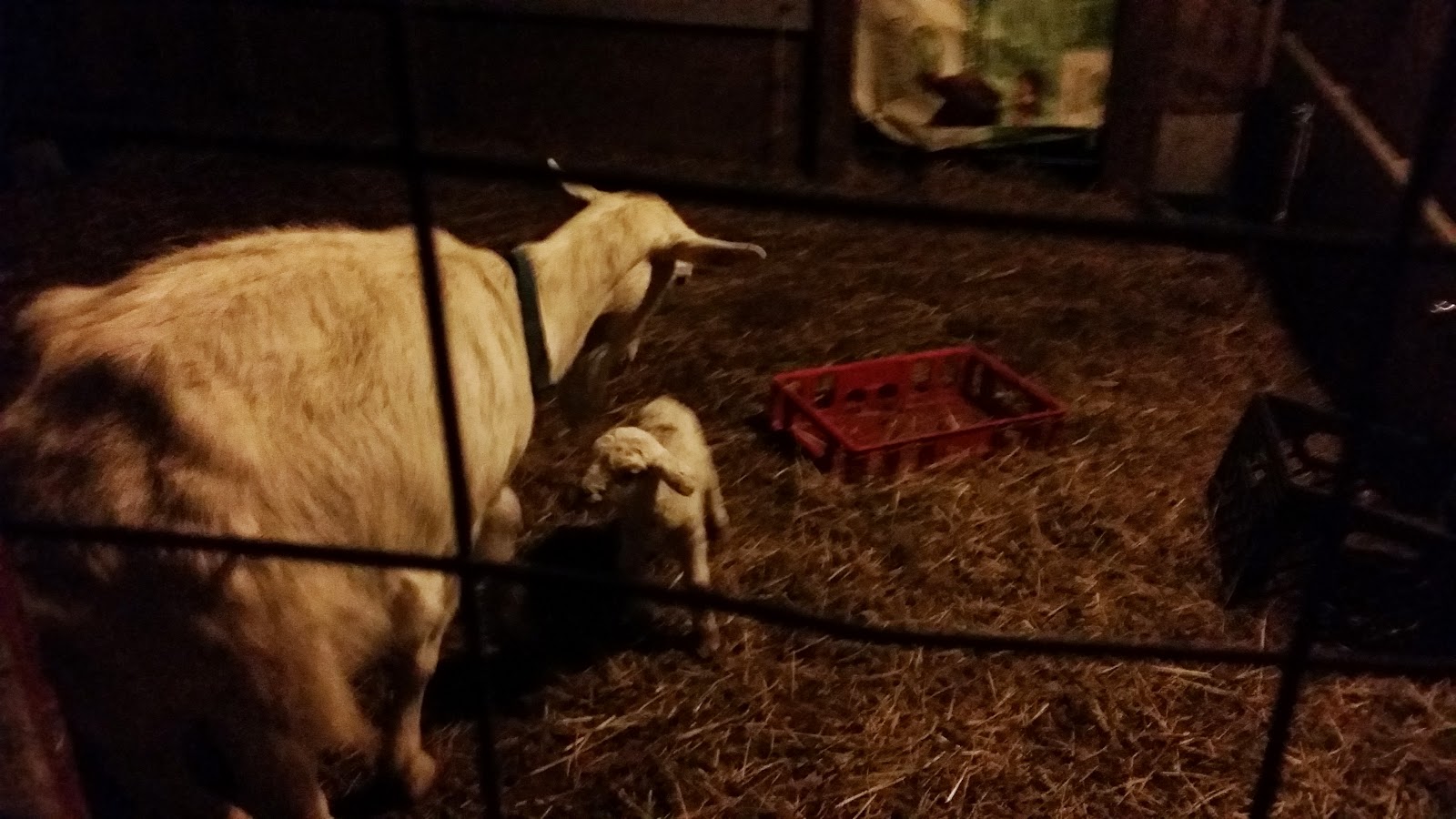 I carried the little one next door and placed her in the hay right in front of Thea. To our amazement, Thea and Chance started doing the mother and child call and response that all sheep and goats do when they have a newborn. Thea started grooming Chance then miraculously the baby hobbled her way back to Thea's udder and started to nurse. We were both certain that this was where the whole thing would fall apart. Thea had never let anyone nurse from her willingly away from the milk stand, but no, she just stood there and let that baby drink! She even squatted to give her better access then swung her head around and started grooming her new kid. Amazing.

Not knowing what else to do, we left the new mother and daughter together overnight and by morning it was clear that Thea had herself a new kid! 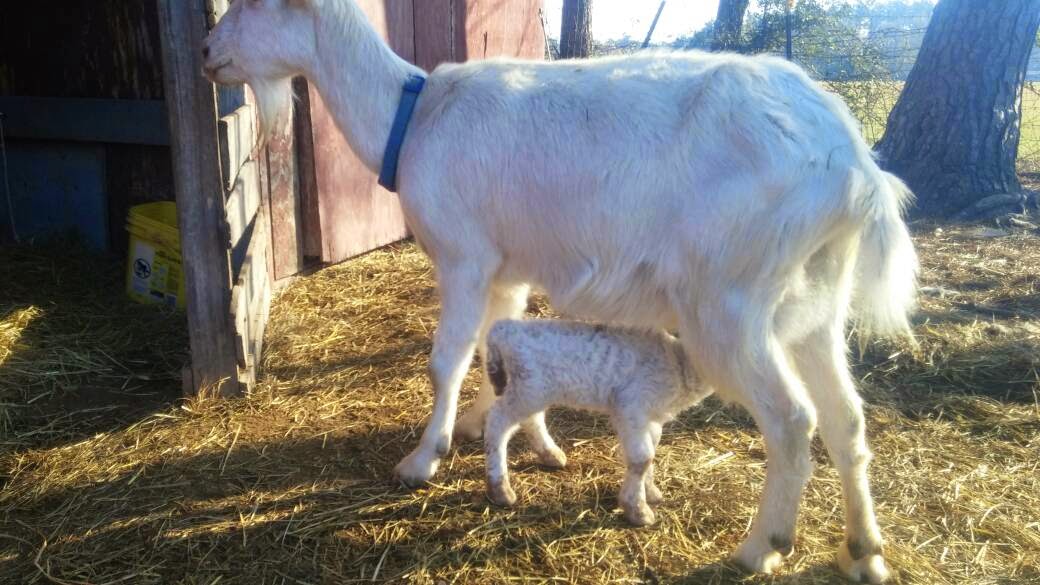 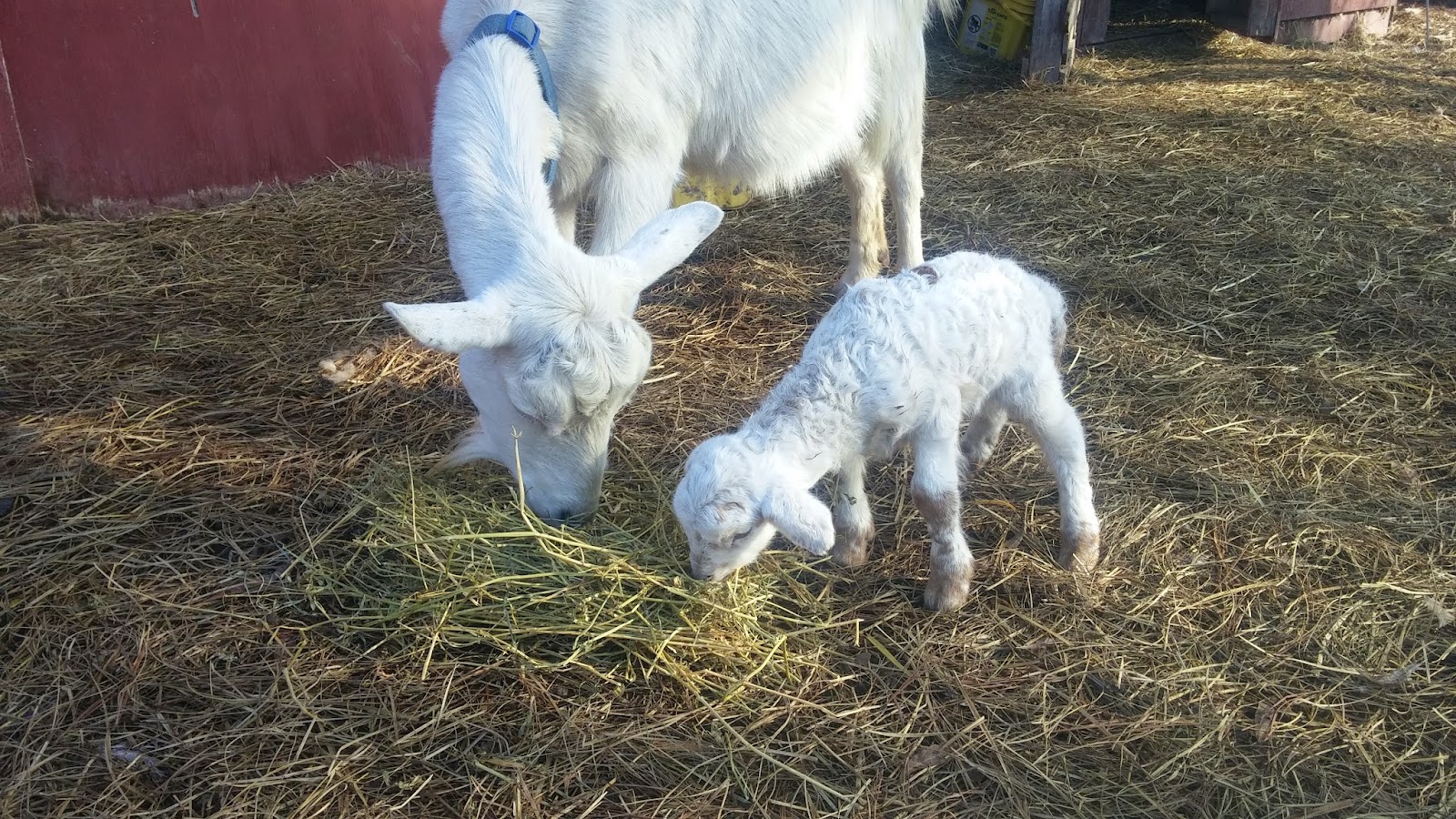 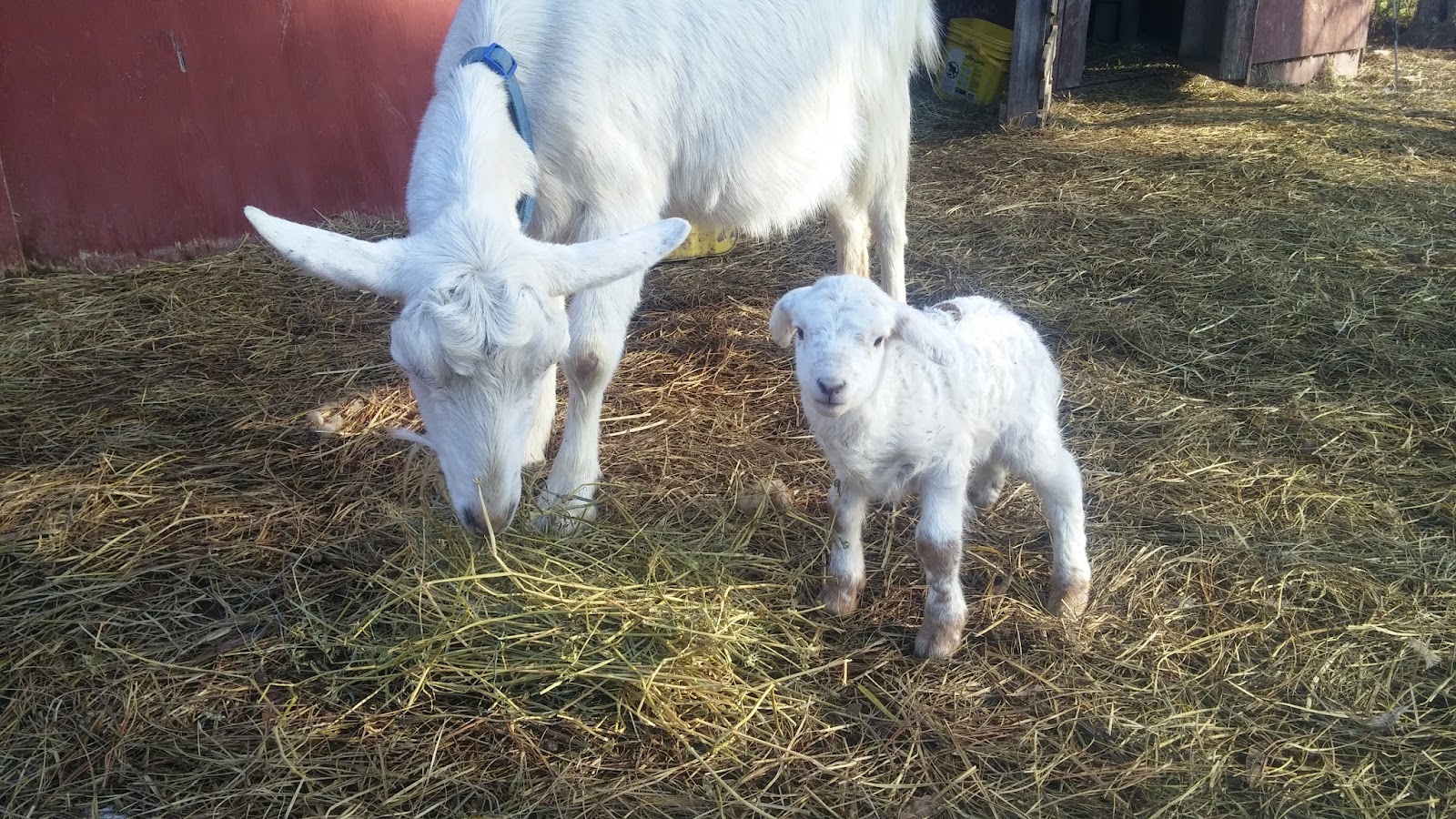 Guess we should have called her Second Chance!
Posted by Kaela at 6:06 PM