It was a chilly Monday morning and Big Onion and I were out doing chores. I was busy feeding the chickens when I saw Big Onion heading for the gate to the second pasture. He thought he'd heard the calling of a lamb and decided to investigate. Never one to be left out of the excitement, I tagged along. 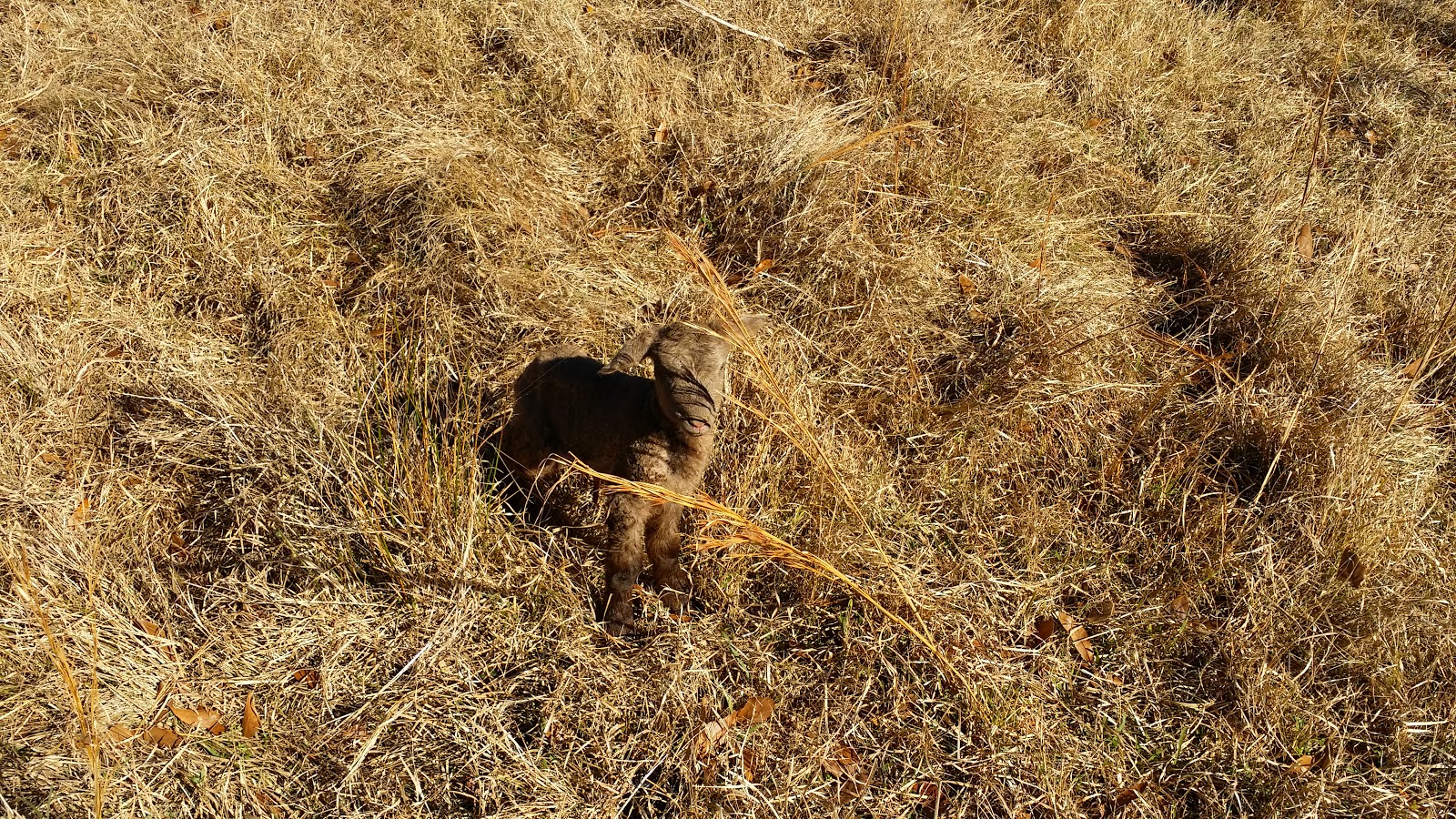 There in the middle of the second pasture all alone was this big, strong, totally dry ram lamb. He was chocolate colored so our thoughts went straight to Bonnie who had a dark colored lamb last year and abandoned him. The lamb was running around the pasture and calling with big strong lungs. Big Onion scooped him up and I called Rialey to round up the sheep to try and find who left this big guy.

As soon as Big Onion had the lamb in hand we realized that he wasn't our only problem. There on the hill was a little pile of white fluff. When we got closer, we found another lamb. This one freshly born. She was tiny and wet and barely able to get onto her feet. I set Rialey the task of staying with the baby and getting her cleaned up while Big Onion and I rounded up the sheep and tried to find the errant mother(s). 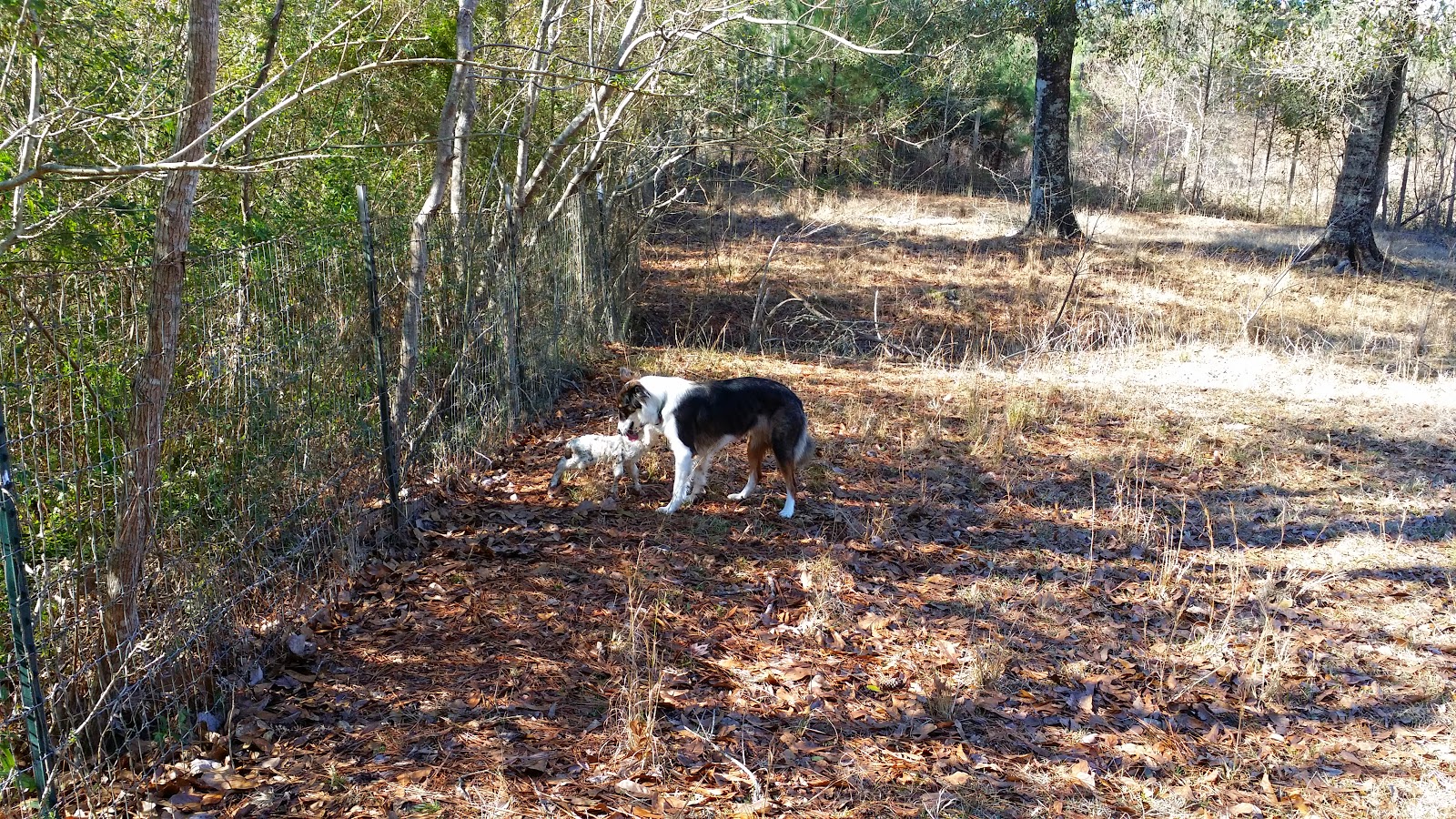 At first we were thinking that we had a set of twins on our hands and just one bad mom in the bunch. We got the sheep onto the bridge and confirmed that Bonnie had just given birth by the stringy bits handing from her rear end. We wrestled her into a pen with the two little lambs. It was then that we noticed that Rue had also recently given birth. 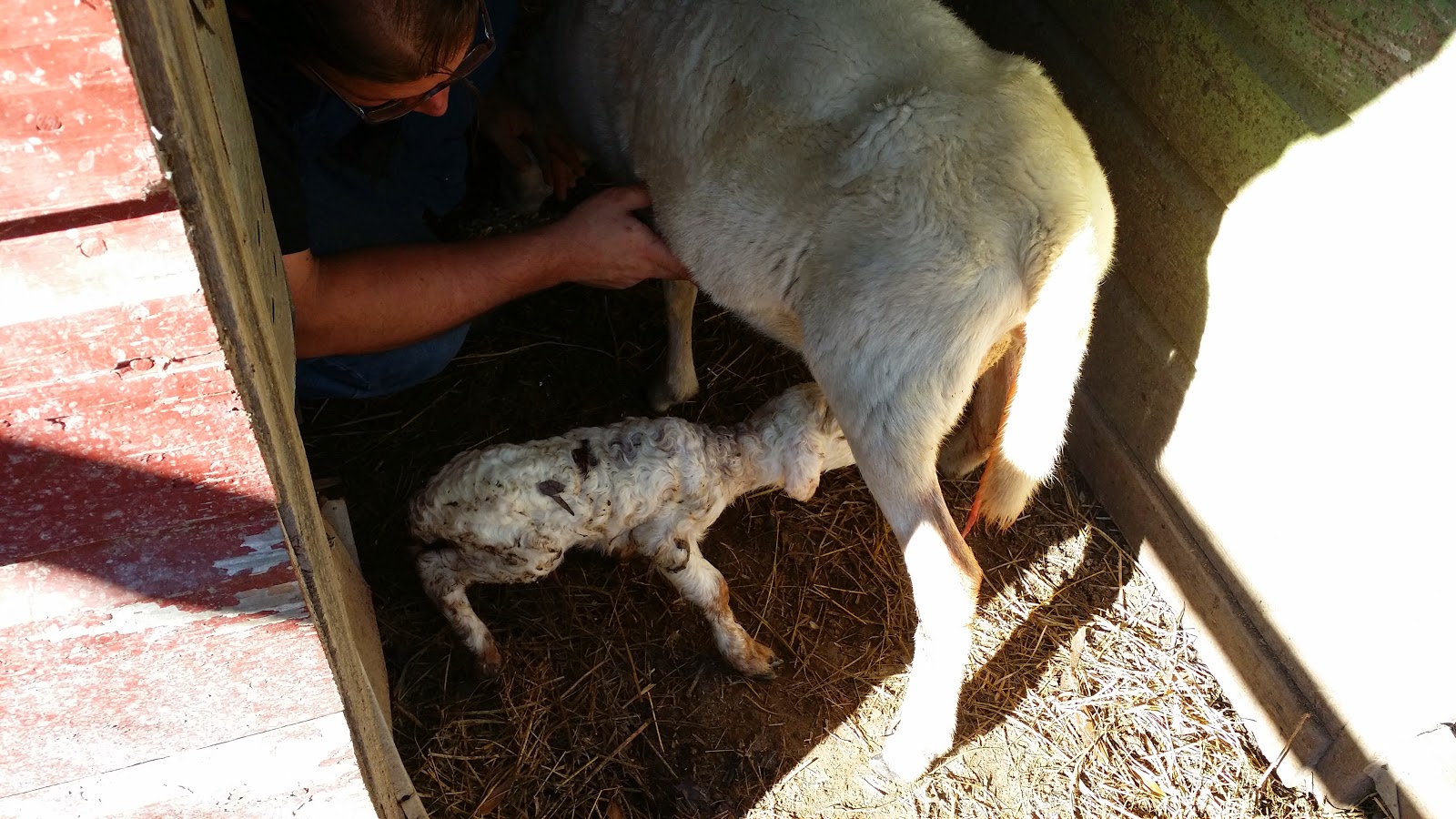 It only made sense that the little ewe lamb was hers. We put Rue and the lamb into another empty pen and tried get the little one to nurse. 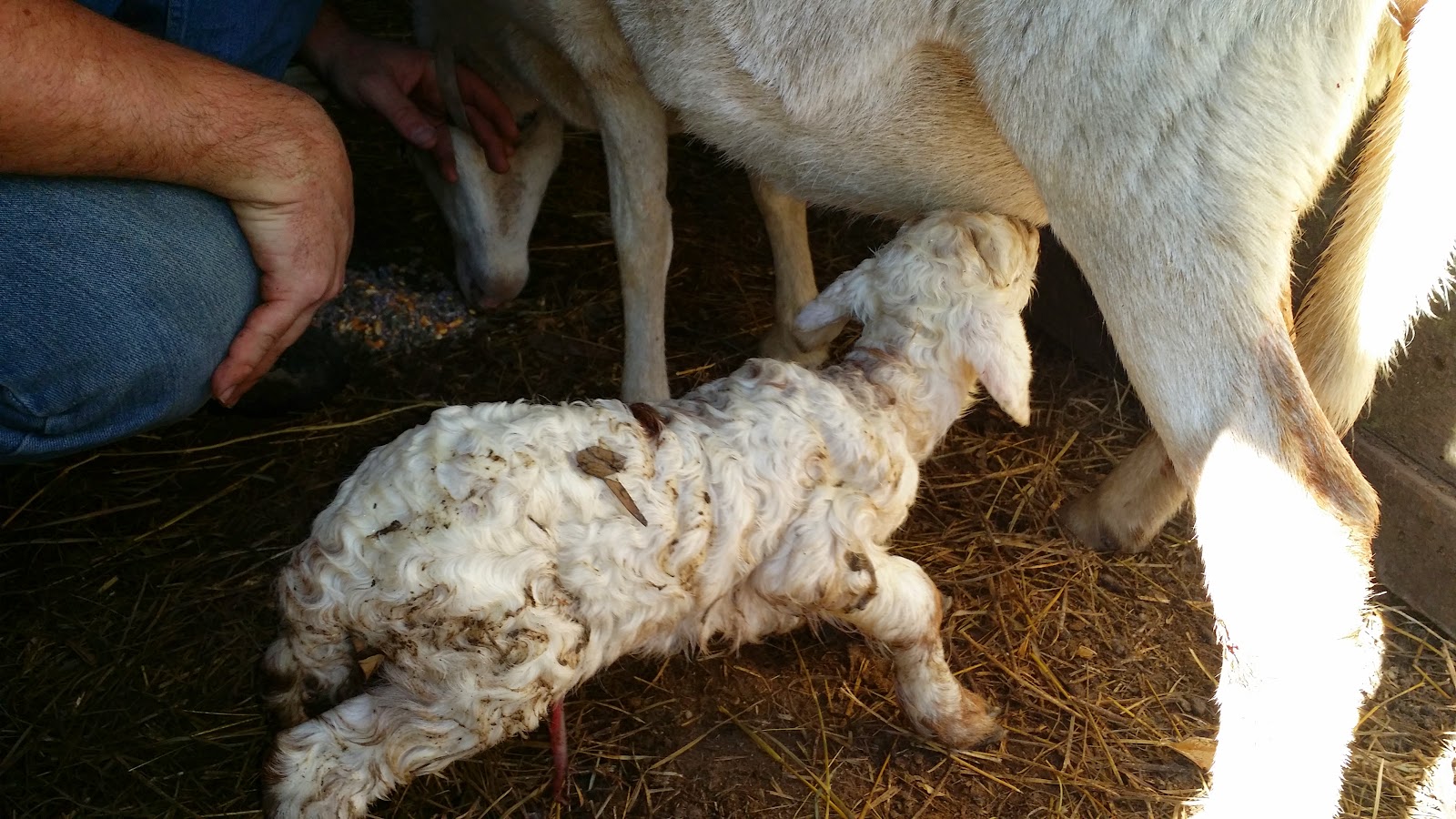 It took forever for her to get up on her feet then even longer to figure out how and where to nurse. Finally, she got everything aligned, but she didn't seem to be getting anything. She'd nurse for a few seconds then stop. She was very hungry and very frustrated. 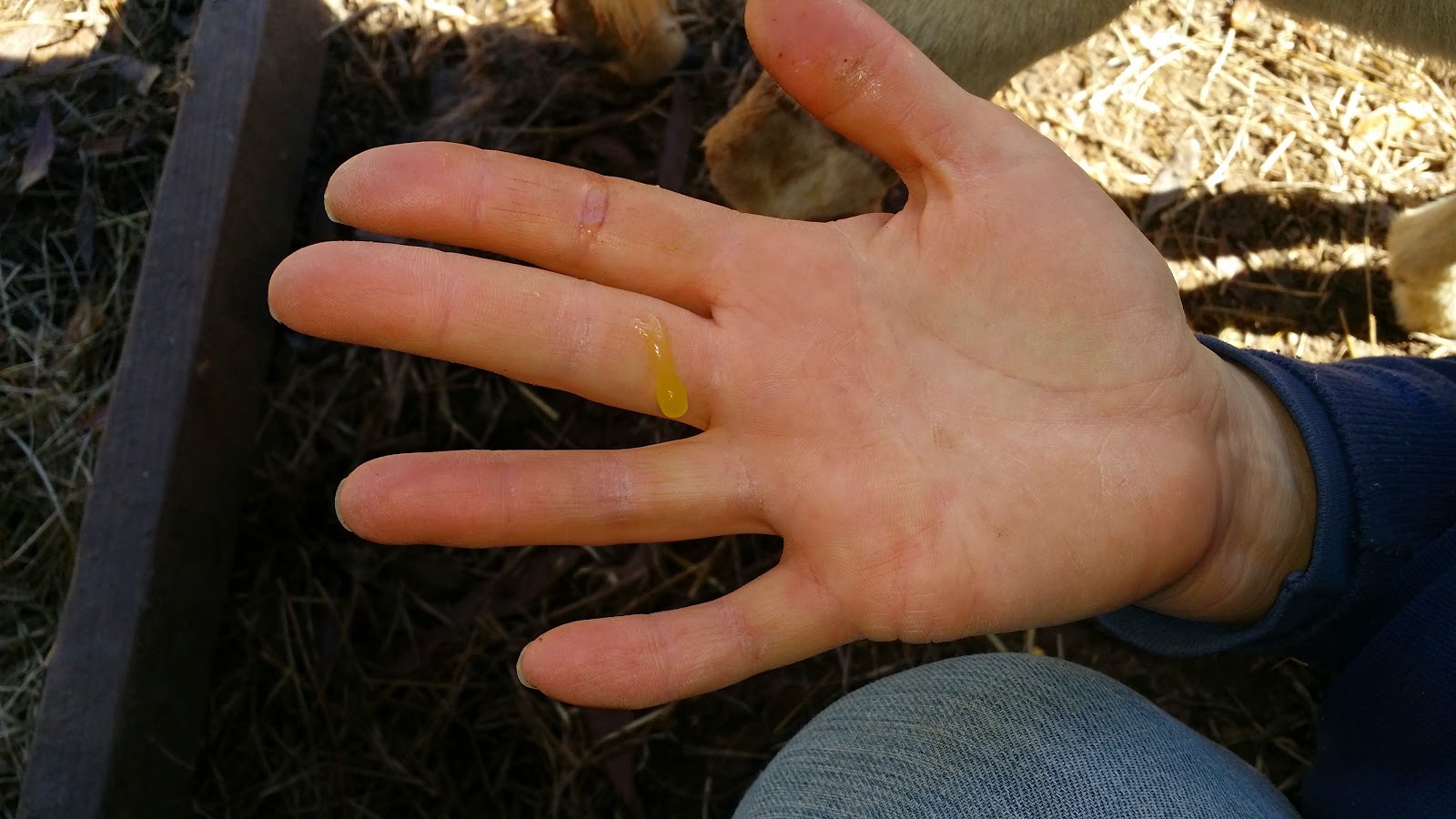 We decided to check Rue's udder and found that it was small and hard. When milked, it produced a thick, yellow, waxy substance that did not resemble milk at all. Rue also showed no interest in mothering the baby lamb. 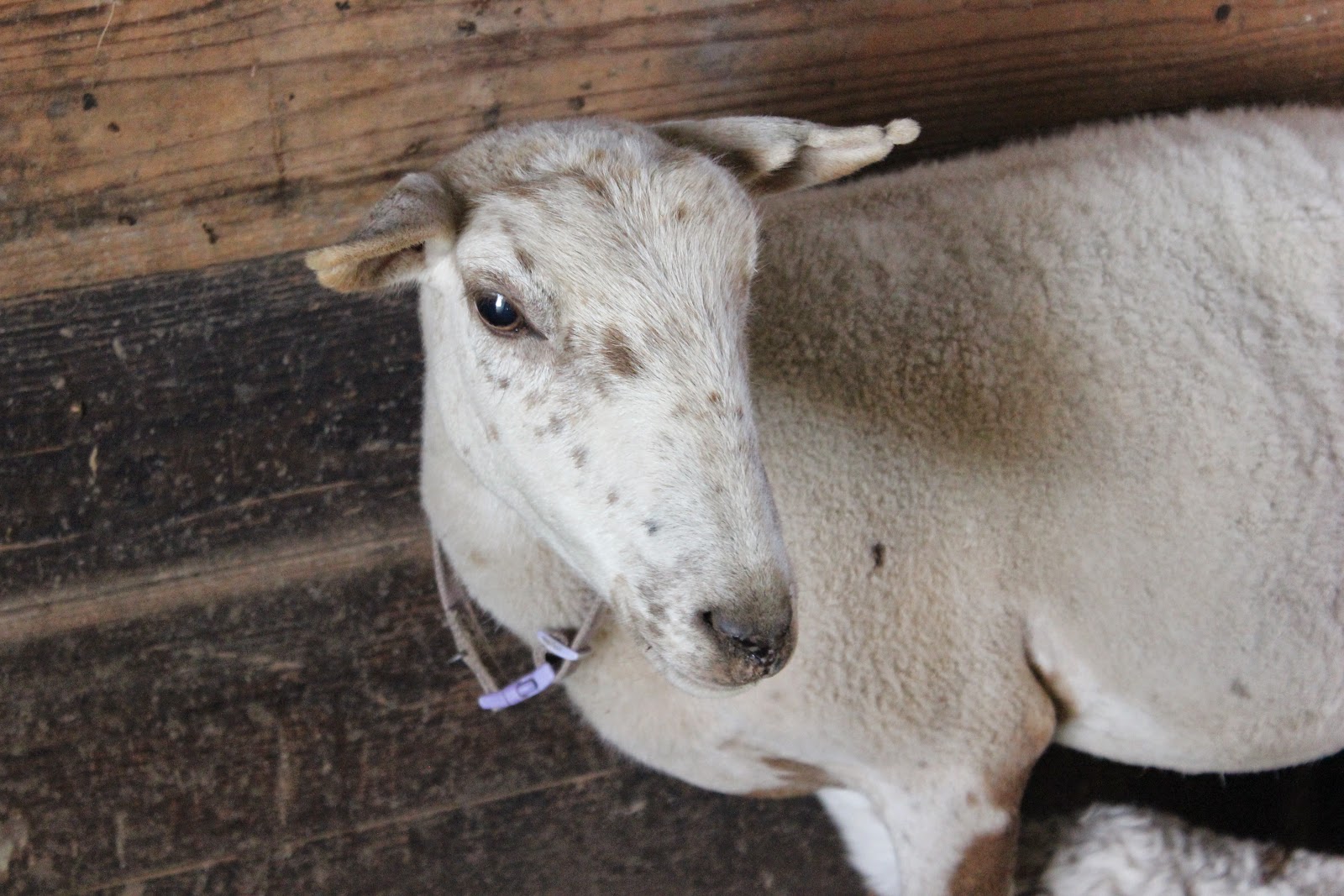 At that point, we had two options. We could bring this little lamb in and bottle raise her, but with the house already full of six milk guzzling little goats, we were less than thrilled at the idea of adding another to the mix. The other option was to try and encourage Bonnie to take on the second lamb. If we could convince her that both lambs born so close together were hers, maybe we could avoid having another hungry mouth to feed ourselves. 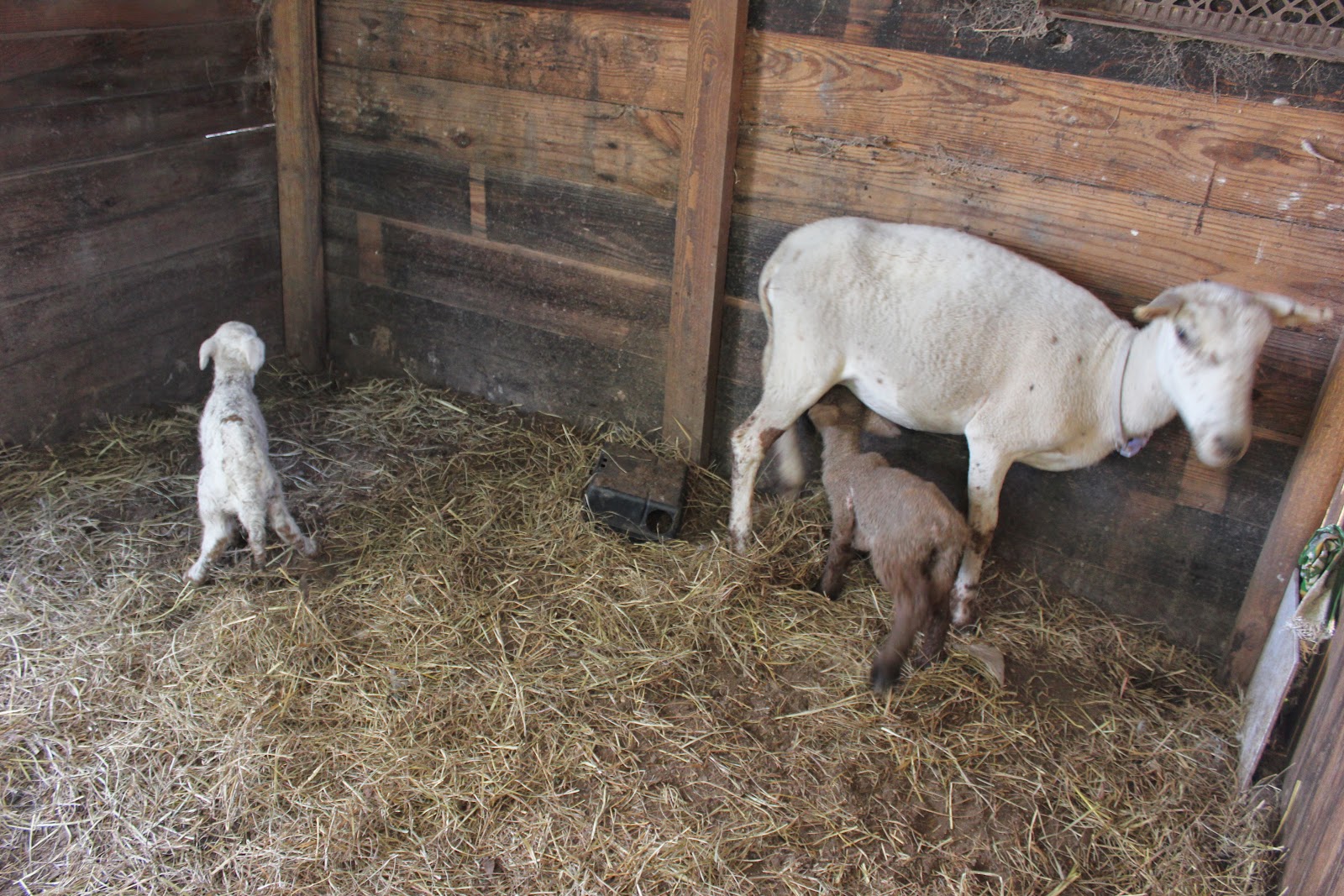 With some encouragement we were able to get the little lamb who we decided to call Chance to nurse from Bonnie. She got a full belly then settled down to nap in the hay. At that point, Bonnie had accepted her son and was allowing him to nurse. We decided to call the little boy Charger. Before we left them alone, we did see the little ewe lamb nurse from Bonnie again with little protestation on her surrogate mother's part. We left them to work things out and hoped we would come back to two happy, active, full bellied lambs at the end of the day.