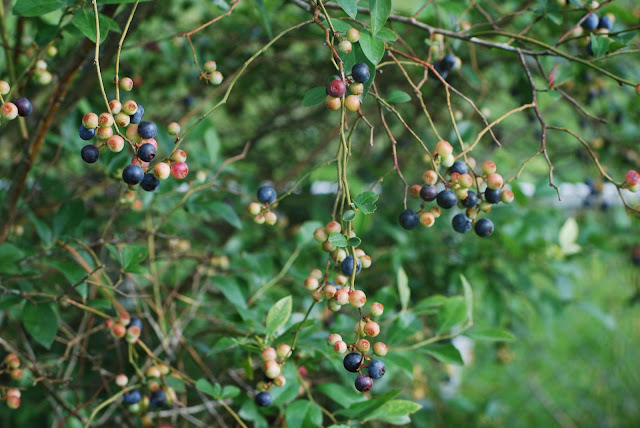 After much waiting and anticipation, the blueberries are finally ready for harvest! 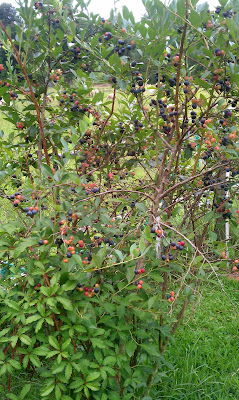 We've been handpicking the ones that seemed ready, but that took forever. I decided that since so many looked ready that I would try the old spread the sheet, shake the tree harvest method. 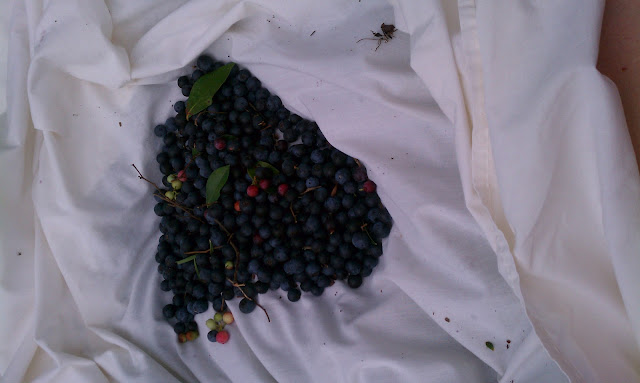 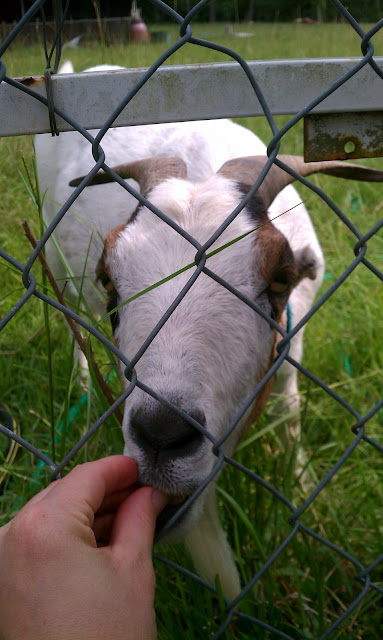 And Josie was more than happy to help me dispose of any over or under ripe berries that ended up in the batch. Afterall, her life's goal when the goats lived in the pen in the backyard was to get her mouth on those blueberry plants.

After they were sorted and washed, I ended up with a total of 8lbs of sweet, delicious berries!! That is from just the four relatively small bushes that were already in the backyard when we bought the place. Most of them went into the freezer, but I think I'll be baking up a batch of muffins pretty darn soon. We are even experimenting with drying a few for snacking.

We were so lucky that the previous owners of this place decided to plant useful trees and bushes almost everywhere. We have pears, muscadine, persimmons, and tons of citrus coming down the line!
Posted by Kaela at 7:29 AM