Elvis has left the building...er farm

Yesterday, we finally around to processing one of our sheep.

We brought Elvis onto the farm back in December to act as a second herd sire since we were not sure McLovin, our younger ram, could do the job. When our sheep started lambing only 4 months after he arrived (normal gestation for sheep is about 5 months), we realized that his services were not really needed.

Elvis had a lot of problems. He had a horn growing into his head that we had to cut back. He was also extremely susceptible to parasites. I feel like we were constantly pouring dewormer down his throat, but we could never seem to get ahead or put any weight on him. Neither of these traits are something we want passed down to our next generation of sheep. 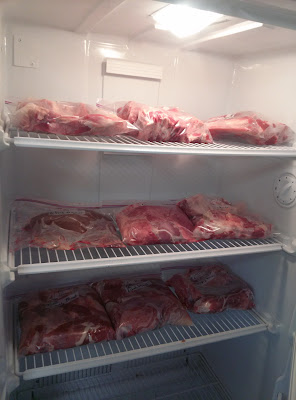 So Sunday morning, Elvis got sent off to freezer camp. This was not our first time butchering a large animal, but it is also not something we do very often. We decided since he was so puny and much older than is ideal for tasty lamb, we would just process him for dog food. I'm proud to say that it took Big Onion and I about 2.5 hours to go from sheep in the field to 9 gallon ziplock bags in the freezer. We saved meat, bones, liver, kidneys, lungs, and heart to be fed out raw to the canine and feline crew here on the farm. 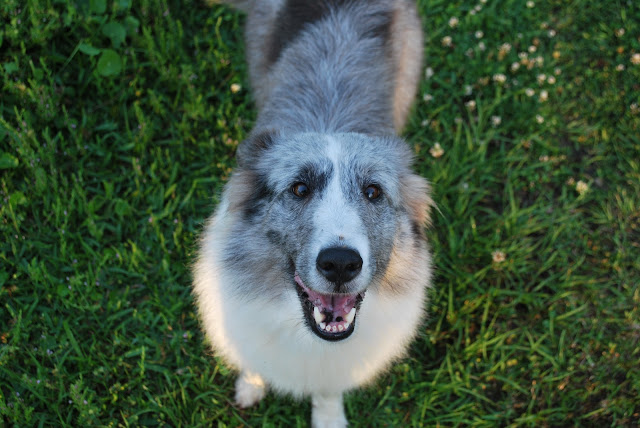 Luna says on the hoof or in her belly, either way she loves her sheep!