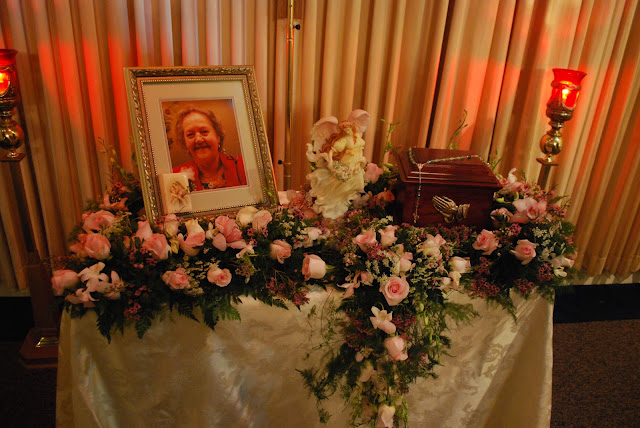 On Saturday, we attended the funeral of one the most important people in my life, my Mawmaw. Mawmaw died a couple weeks ago after bravely battling cancer, but the storm delayed her funeral until today. I don't usually talk much about the goings on in my personal life on this blog, but Mawmaw was such a huge influence in my life growing up that I feel like I should share a little bit about who she was here. 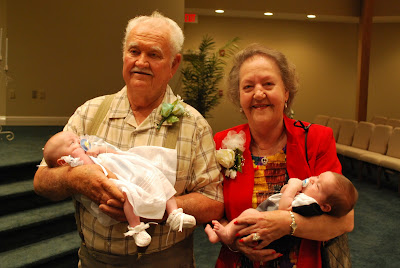 Mawmaw was the most caring and giving person I have ever known. She loved taking care of people and animals. Mawmaw had the ability to calm crying babies just by taking them into her arms and holding them close. The family tells stories about her sleeping on the bathroom floor with an alarm clock and tiny, sick puppy and waking every few hours to give food and medication that kept the little creature alive. Once she babysat a duckling for us while we went on vacation. She kept little Sedrick in the house and delighted in hand feeding him peas and letting him follow her around. 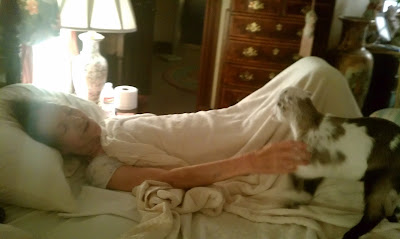 Toward the end, when she was so sick and bedridden, she insisted that I bring baby Gwen to meet her. Gwen hopped all over her bed and even all over her, and she thought it was the most wonderful thing in the world. I remember her telling the little goat that now she was one of the family, one of our babies. That we would always protect, take care of, and love her.

Mawmaw taught me to love and appreciate food. We even referred to the creations of her kitchen as "Mawmaw food." She was the kind of wife and mother that would cook for her family from scratch at every meal, often times using ingredients she had grown and preserved herself. I remember as a kid helping to can vast amounts of tomatoes that Mawmaw would eventually turn into her amazing chicken spaghetti, "mawmaw soup," and jambalaya. 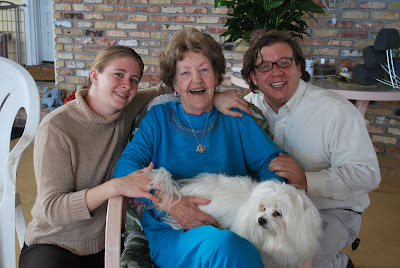 She was a huge supporter of our farm. She was the very first to put in orders for ducks, chickens and even a rabbit. She insisted on paying us for the dozens of duck and chicken eggs that be brought her no matter how many times we refused payment. Mawmaw was never able to visit the farm. She just was not healthy enough in the last 8 months to make the trip. She always talked about the day she could come here and sit and play with all the baby animals.

After the funeral, we all gathered at her house to celebrate her life with friends and lots of food. After a lifetime of enjoying "Mawmaw food" I felt like I should do something special honor all those delicious meals. The Big Onion and I put together a few dishes that came almost exclusively from the farm: egg salad from our duck's eggs, chicken salad using one of our chickens and chicken eggs, and goat cheese courtesy of Josie and Thea with blackberry sauce from our wild bushes.

Just before we were leaving and I thought I had finally run out of tears, my mother took me aside and handed me a photo album with this written in the cover... 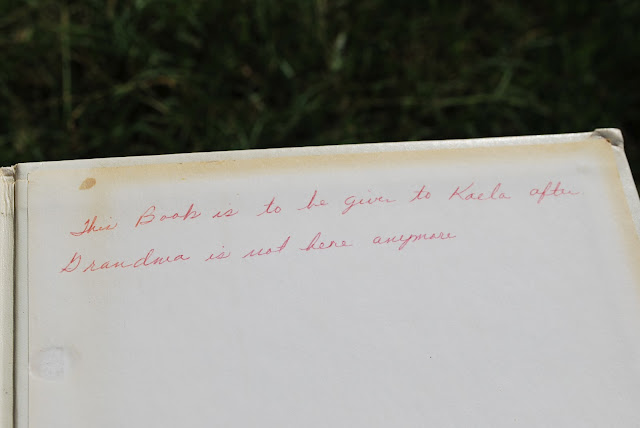 It was an album of pictures of me growing up. There were only a couple with both me and Mawmaw together... 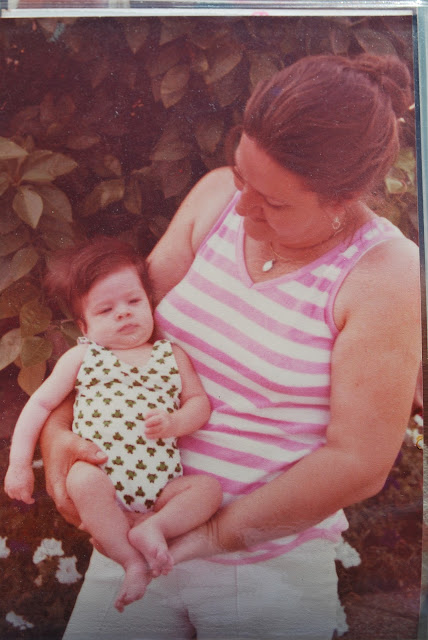 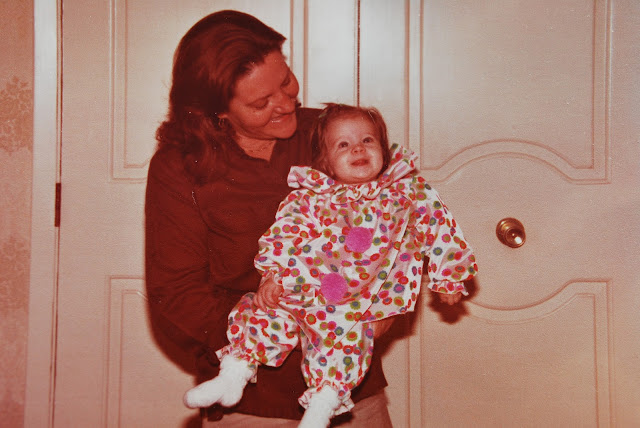 What struck me about these pictures is that she is not looking at the camera. She is smiling at me. That's exactly how Mawmaw lived her life, worrying about, caring for, and putting the needs of others before herself.


No matter what I write here, I feel like I cannot do justice to what an amazing woman she was. So many of my life's choices were guided and influenced by her strength and her gentleness. I just hope I can someday become half the woman she was.


A note from Big Onion: Kaela was worried about whether or not this post belonged here on the farm blog. I don't think there's any better place for it. Mawmaw's love for life, for animals, and for good food is something that was passed on to Kaela, instilled in her from a young age. This love for animals and for the food they provide is what I think led her to want this farm so much. To raise animals in a way where they are seen as more than just a food source is something that Mawmaw was always happy to hear about. When we knew she could not make it out to the farm we took some videos to show to her -- I wish I could have recorded how happy and proud she looked to see what we had accomplished in such a short time. She appreciated all of the work we had done and continue to do, more than anyone else we know.

We love our animals no matter what their ultimate purpose may be, and knowing that we raised our animals in such a way always made Mawmaw happy. Without her encouragement there would likely be no farm. We here at HighTail Farms owe her a lot for that, and for that reason she most certainly deserves her own post on this site.

People always say that their family are their biggest fans, but it's rare that family can be their biggest inspiration as well. Thank you, Mawmaw, for believing in our dream and encouraging us in the amazing way that you did and continue to do.