A few weeks ago, we got a message asking if we would be interested in taking in a rescue goat. Apparently this female goat was found swimming around a flooded area during Isaac and was being kept at a public barn south of New Orleans. Not long after she was rescued, she gave birth to a set of twins, a male and a female. 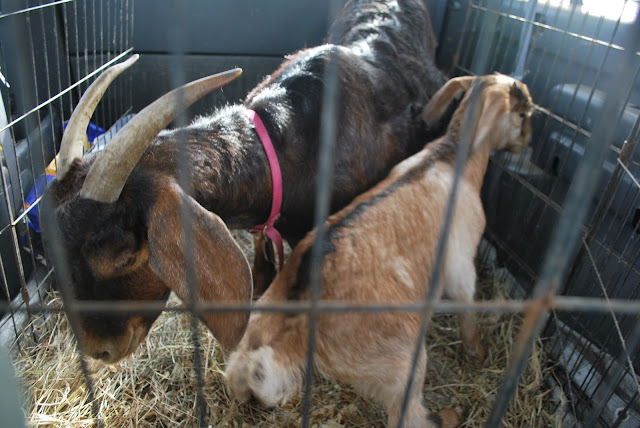 Today we picked up Gertrude and Eve, mother and daughter.  Gertie looks like a much older goat than our adult girls. One side of her udder is completely died up. The other is so long it almost drags the ground. Both sides look like kids have been chewing on them for years, lots of scar tissue.

Eve is about 2 months old and is already almost totally weaned. The male kid, Wall-e, will be going to another farm to act as a companion to an older pygmy female. 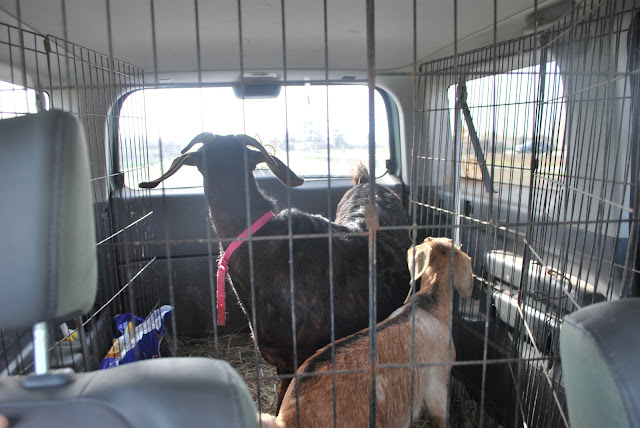 Gertie was very nervous in the car at first, but eventually settled down in the back with her little girl. 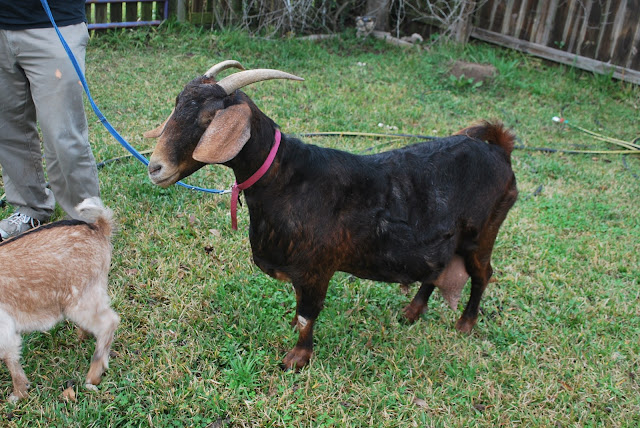 We think she is a Nubian/Boer mix. 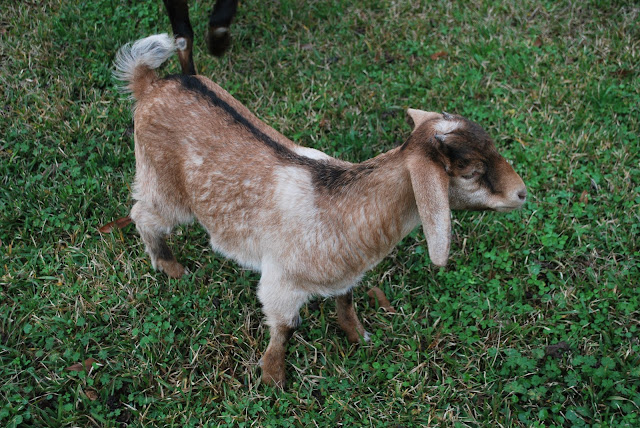 And we are really not sure what Eve is going to turn out to be, but she is sweet, friendly, and feels soft as a puppy.

I'd be happy to hear from any of you goat folks out there if you have any breed suggestions. 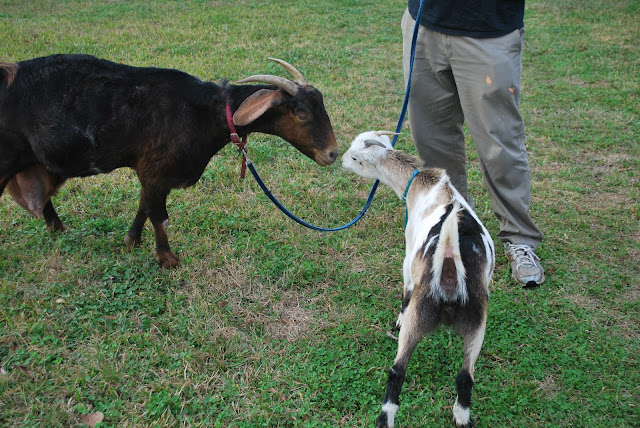 When we got home, we let Gwen into the yard to meet the new arrivals. Gertrude was not very interested as long as Gwen didn't come anywhere near her udder. 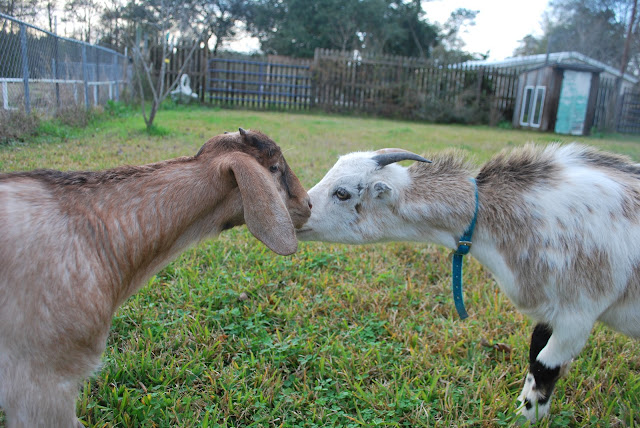 Little Eve and Gwen greeted each other with lots of sniffs. We are hoping that Eve will be a good playmate and friend for our Gwenny. 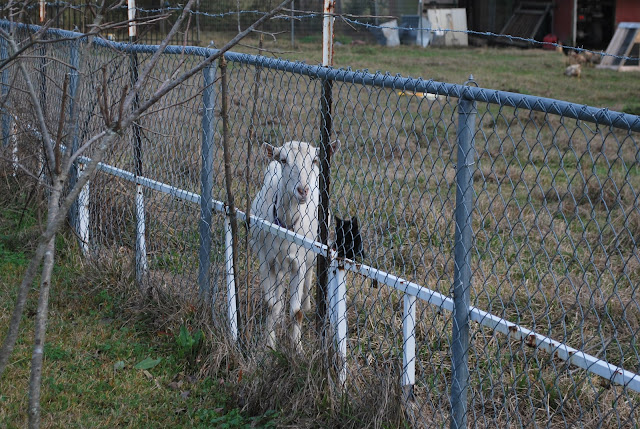 Thea and Hunter also came running up to the fence to meet the new goats. 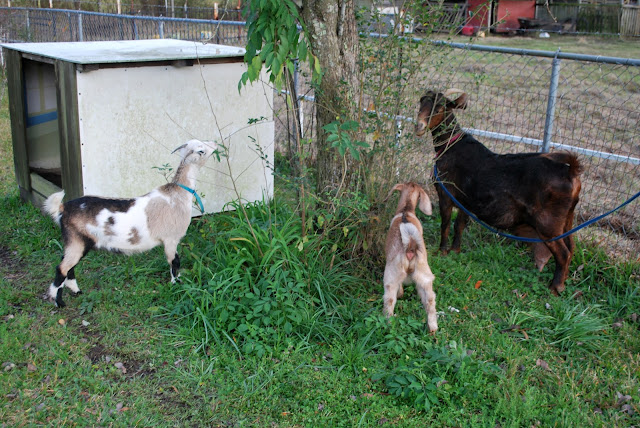 Before long everyone was happily chowing down together.

Before we put the new goats into their backyard pen for the night, we did put Gertie on the milk stand. She was a little nervous and kicky at first on the stand, but before long she settled down to chowing on feed and letting me get down to the business of cleaning (and cleaning and cleaning) and milking the one good side of her udder. We only got about a cup of milk so it may not be worth trying to milk her right now. We'll see once her baby stops nursing entirely if her output improves.

Either way, we are very excited about the newest additions to our herd.
Posted by Kaela at 8:52 PM