All these rainy, wet, nasty days have driven me indoors. While I was stuck inside, I couldn't help but notice the buildup of goat milk in the fridge. I've been making panir, chevre, and even dog treats like a mad woman, but the goats are outstripping our ability to consume their wonderful milk. Don't get me wrong though, this is great problem to have!

I google "using extra goat milk" and up popped a recipe for Cajeta. Cajeta is a thick, sweet caramel made from goat milk and sugar. It sounded wonderful so I had to give it a try.

The first recipe I found called for using a gallon of milk and keeping it on the stove for over 10 hours. Instead of using that much gas, I decided to try putting the ingredients in the crock pot instead. It was worth a shot. 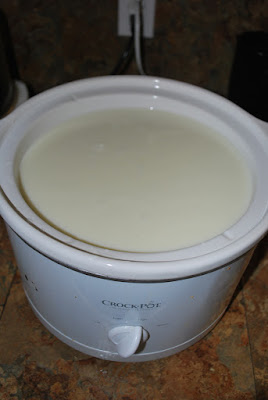 I mixed one gallon of milk, 4 cups of sugar, vanilla and baking soda, turned the pot on high, and left it uncovered to cook for about 10 hours. Nothing happened. The volume of milk never reduced. It just sat there, a nice smelling bowl of warm milk. Big Onion suggested I put the lid on. After another few hours, I had a strange brown lumpy mess. Desperate to save it, I used our stick blender to combine the lumps with the liquid and poured the whole mess into a pot on the stove. This I tried simmering for another few hours. 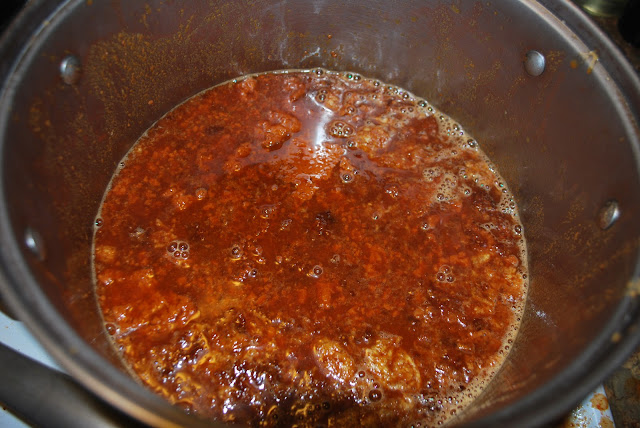 As you can see, it was a total failure. It smelled nice, but it was kinda like caramel flavored cheese curds. Just gross. 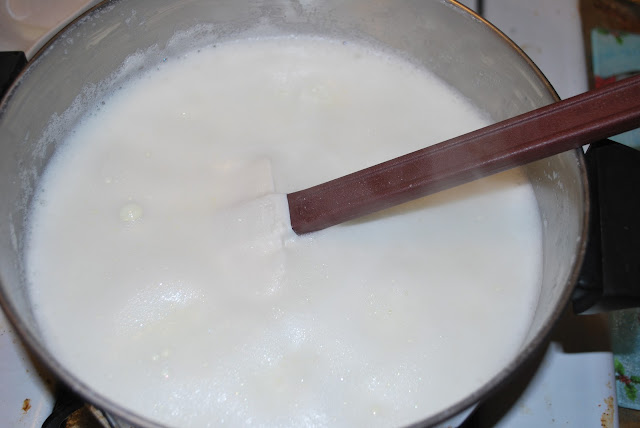 With much apprehension, I decided to try again a couple days later with a different recipe and a smaller amount of milk. I used this recipe and made it on the stove. I used just 2 quarts of milk, 2 cups of sugar, vanilla, and baking soda.  There was a lot of bubbling at first, then the sweet mixture settled down to simmering. It took about four hours of my hovering over the pot and stirring every few minutes, but slowing the milk got darker and thicker.. I think Big Onion got a little tired of me popping back and forth to the kitchen and yelling, "It's working! It's working!! Come look it's getting darker!" every 10 minutes. 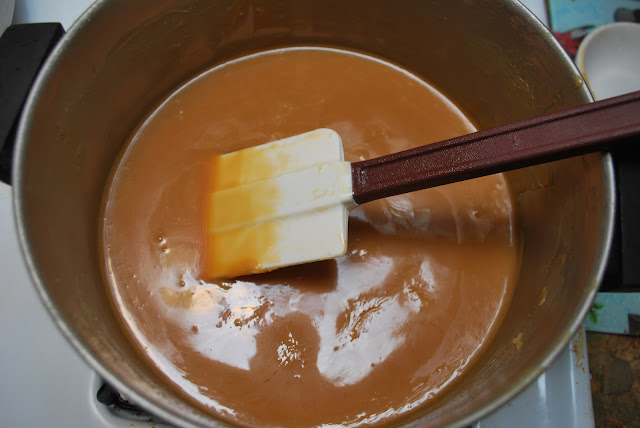 I turned off the heat when it reached a nice shade of brown and seemed thick enough. I did a little victory dance while the Big Onion swung into action and canned the thick, gooey goodness. 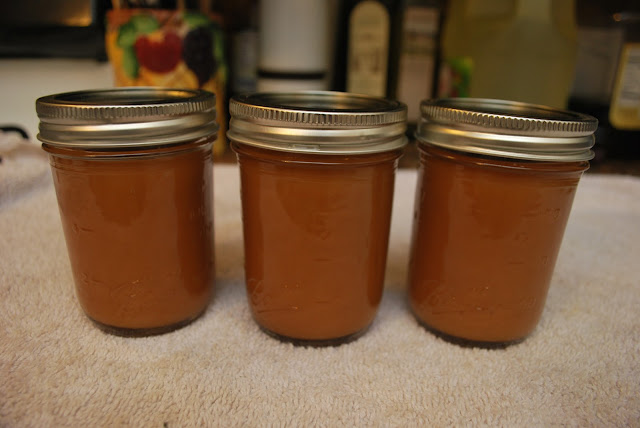 To celebrate, I took a bit of the extra cajeta and mixed it with some dark rum and fresh goat milk over ice. It made a sweet delicious cocktail that seemed like a perfect reward for all our hard work!