The measure of a good farm dog - Nova

Our little Nova really proved her worth today as a farm dog. 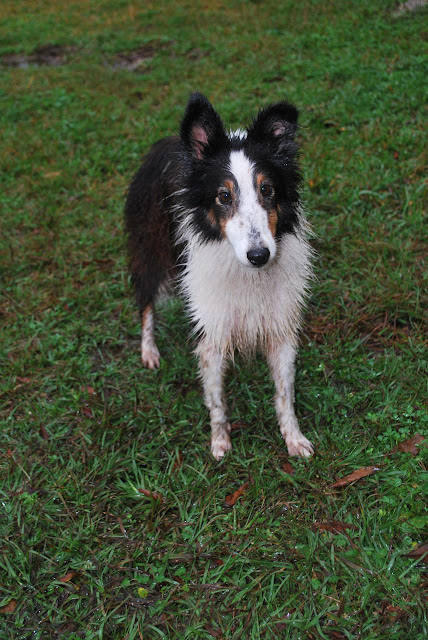 For those of you who don't know her, Nova is not exactly the brightest bulb in the chandelier. She's goofy and is certainly not a thinker. She is actually Luna's sister and full blooded litter mate, but the two could not be more different in temperament and drive. The girls were bred from farm dog stock on a small working sheep farm. Their breeder is also one of the best herding trainers I have ever met.

Nova was originally sent to a pet home because she didn't show a lot of drive to be a working dog. I remember her breeder telling me specifically that one of the reasons Nova failed was because she was reluctant to go in water. She was actually returned to her breeder in time because it turned out she had more drive than anyone thought and just could not settle into the life of a pet dog. From there she lived and was trained on her breeder's sheep farm until we came along and picked her up to complete our sheltie trio. 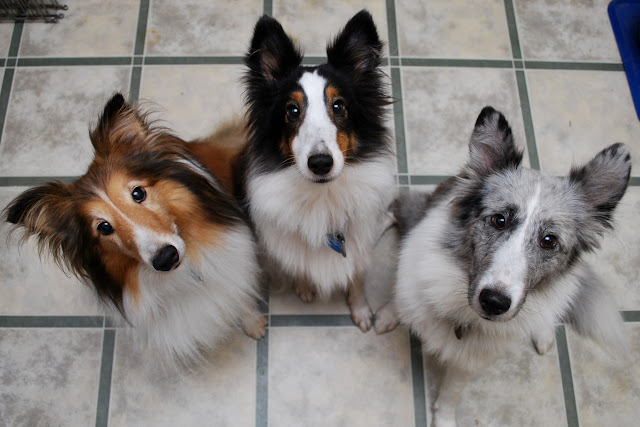 Well, today I needed a really specific job done. You see, it has been raining here on the farm for days. In all that time, we have not seen the sheep. They have been hanging out in the very back of the big back pasture. I am pretty sure they thought themselves unable to come back up front because of all the standing water surrounding them. Yesterday when I checked on them, they looked wet, bedraggled, and miserable. I decided it was time to move them up to the front so they could get under cover and get dry.

Most days I rely on Luna as my right hand dog, but today I called on Nova because this was going to be tough. Nova does have all those years of herding training under her belt and even though she spends most of her time acting like a fool, every now and again we see flashes of all that training and some spark of hidden brilliance. I was really hoping today would be one of those moments.

I grabbed my stock stick, my clicker and treats, put on my rubber boots and headed to the back pasture with Nova in tow. On the way there Nova was eager to run ahead and find her stock, but instead we practiced her recall over and over with lots of clicks and treats. I knew once we got out there I might have to call her off in a flash if things went wrong.

Let me tell you folks, it's bad out there. The water in places is deep. I'm talking boot-topping, sock-soaking, curse-spewing deep. At first Nova was very reluctant to plunge through the deeper areas. She even got herself stuck on a bit of an island at one point before conquering her fears and plunging her way through.

At this point, the sheep knew something was up. They had gathered into a tight group and moved as far away from me and my tiny black and white wolf-beast as they could get. It was time.

I gave Nova a command, and the chase was on! She ran around and got them headed in the right direction, then they all split into small groups and it looked like chaos was in progress. In the scramble, poor Fancy hit an uneven spot and went down. Somehow Nova, running through thorny brambles and through deep mud and water, kept her cool and got most the group back together and headed in the right direction. They ran past me and leaped over a small drainage stream.

I called Nova back to me, and she immediately hit the brakes and came back to where I was, ignoring the downed sheep just like I had hoped she would. I put her in a stay walked over to check Fancy, as I approached, Fancy hopped up, ran over, and leaped the stream to join the rest of the group already hightailing over the bridge and back up front.

Meanwhile, I directed Nova back to the group of stragglers who she easily got turned round and headed past me, over the waters, and though the gate into the next pasture. There was one sheep left. Ever since little Daisy was sick, she has developed a smart but annoying habit of running off and hiding on her own when the dogs appear. Nova and I finally located her in a thick stand of trees, and my handy farm dog got her headed on her way with ease. 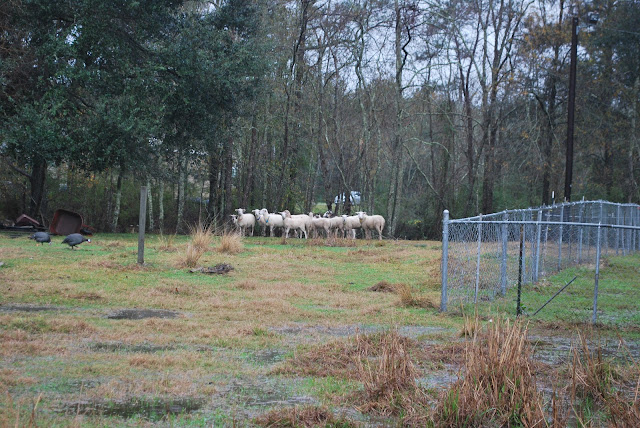 By the time we trudged our way back up front, the sheep were all back together and mostly recovered from their encounter with the twenty pound sheep eating wolf beast.


Every day our pups help us run this farm in big and small ways. I don't know how we would do it without them. Today Nova proved that she can run (and sometimes even swim) with the best of them!