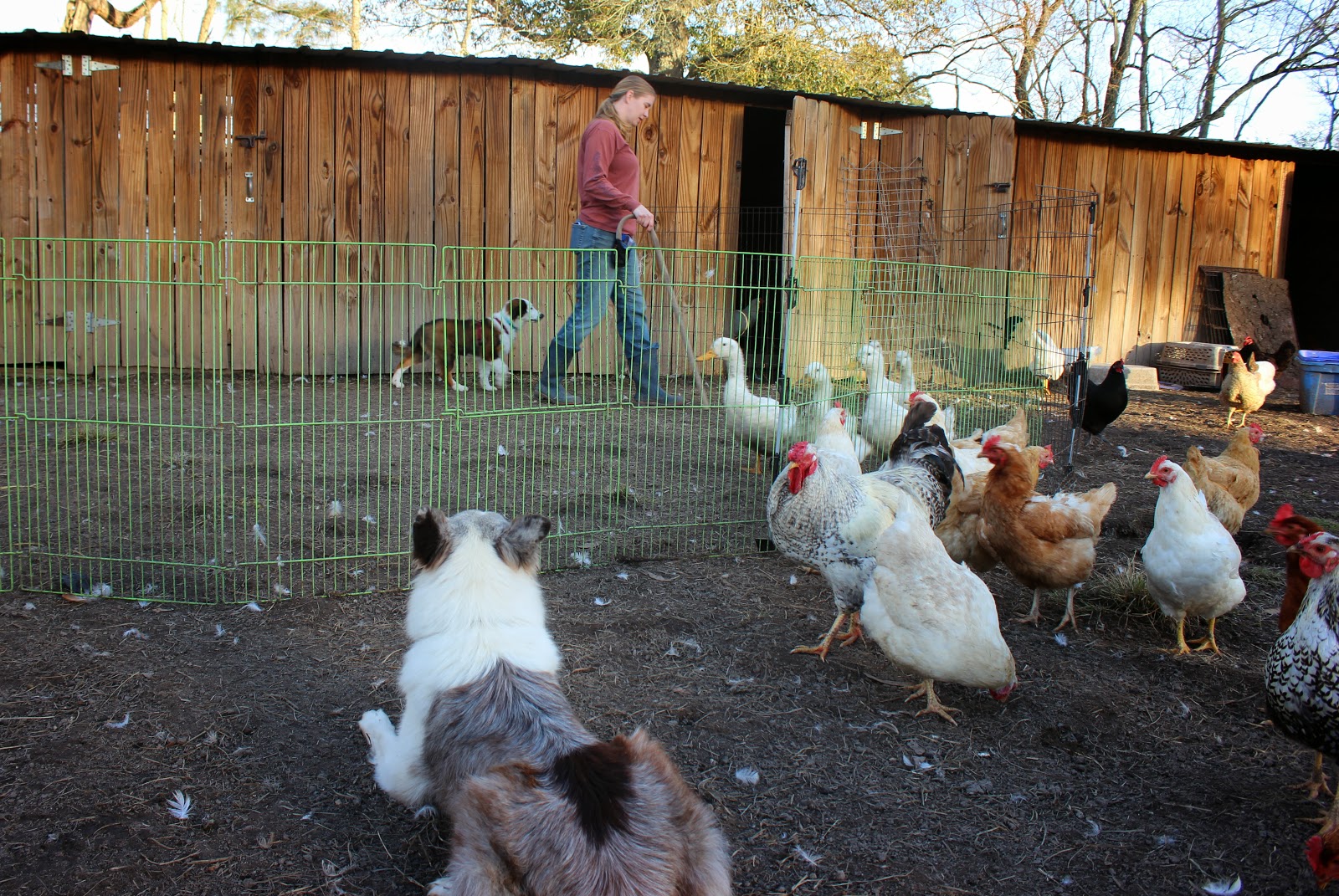 Rialey has been settling in on the farm nicely so we decided it was high time to see what this herding dog was made of. I set up a small, circular pet and carefully picked out a nice group of young Pekins. 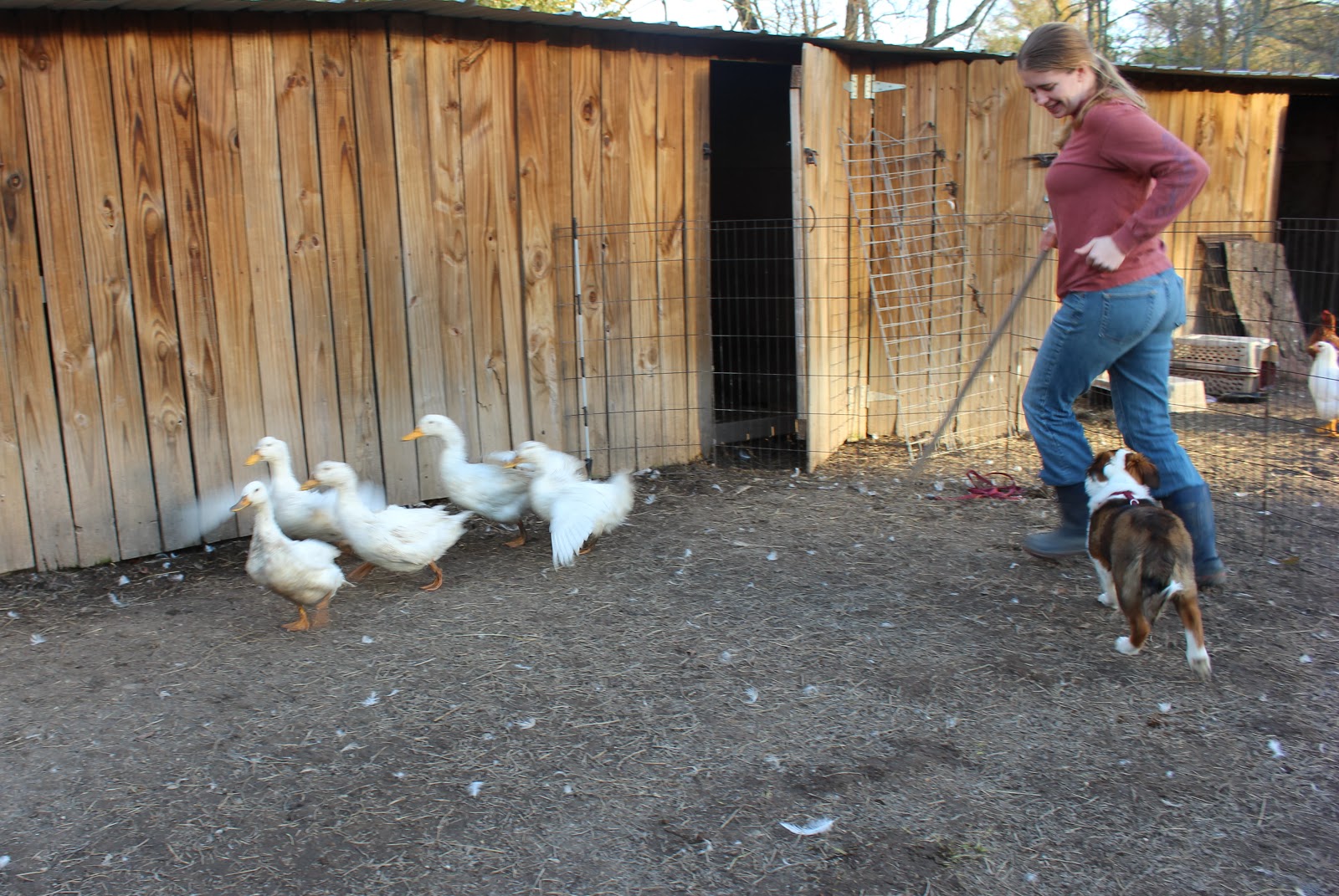 But try as I might, I could not interest that little girl in herding those ducks. I tried cheering. I tried begging. I even tried running after them myself, but Rialey just didn't see the point in chasing those quacking, flapping white things. Live and let live. 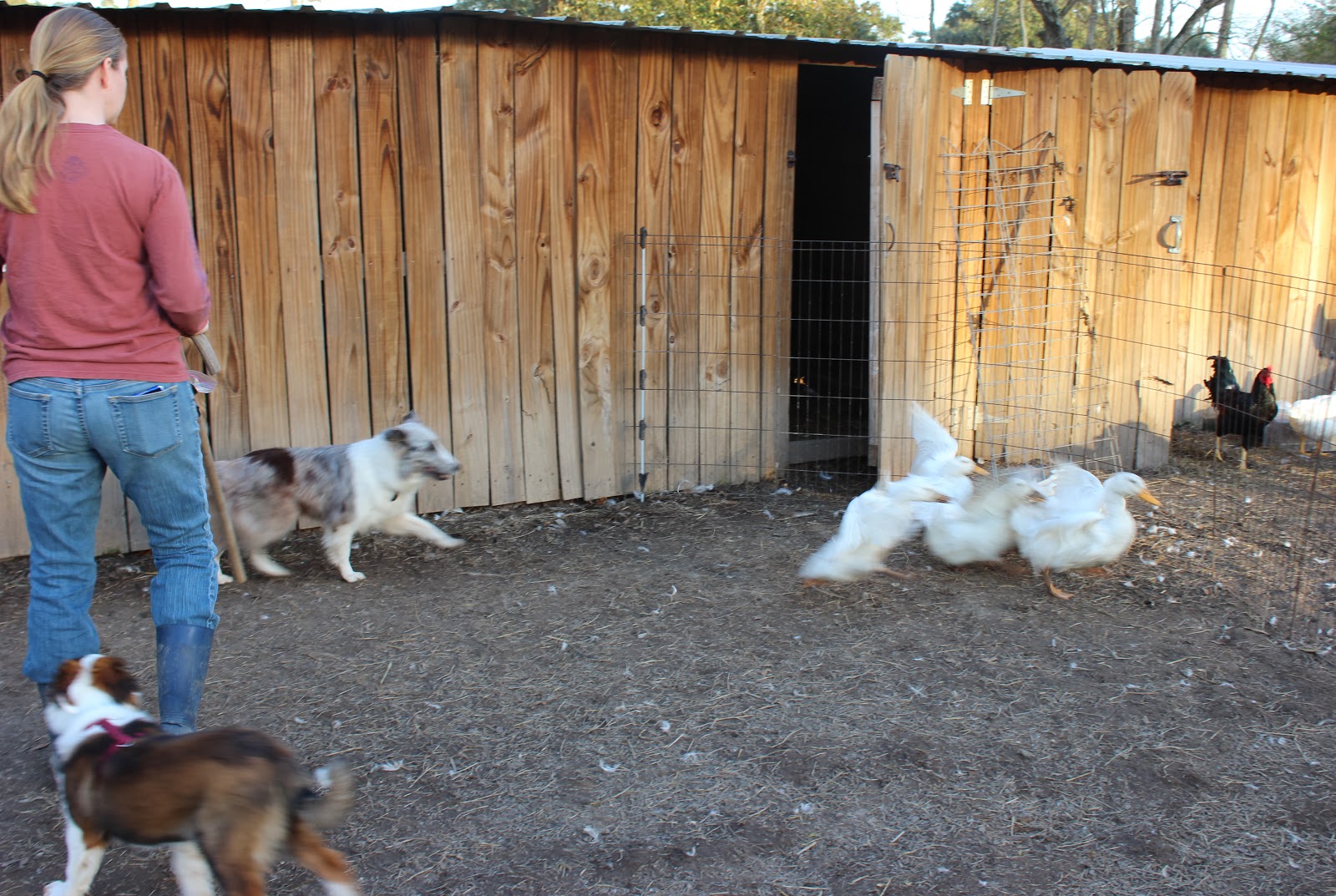 Finally, I remembered that English Shepherd are said to learn by watching, so I had the brilliant idea of inviting Luna into the pen to show the new kid how it's done. 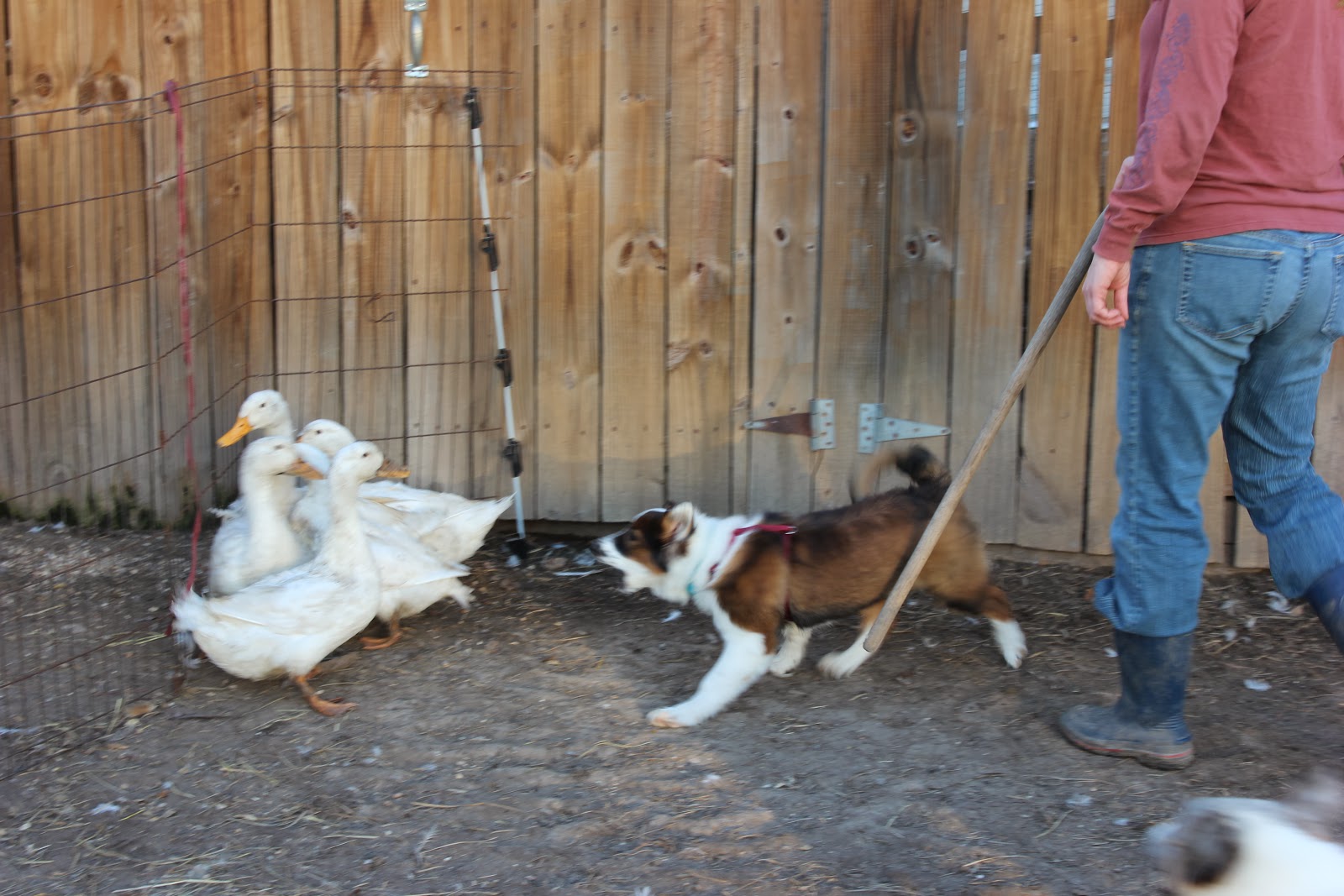 Well, it was like someone flipped a switch. Rialey said, "What?! I get to chase them?!" and it was on. 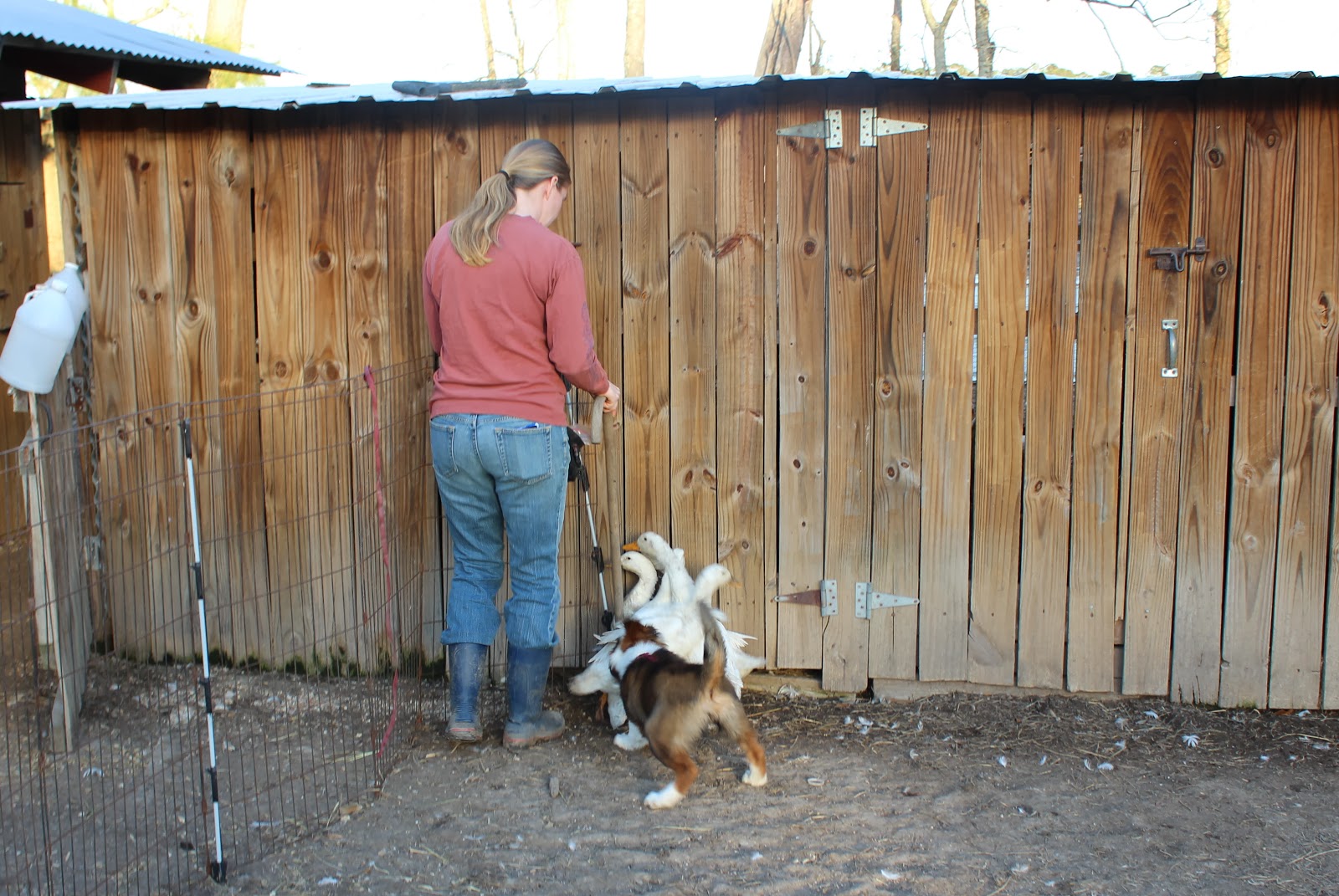 She bark, she bounced, she bit her some ducks. 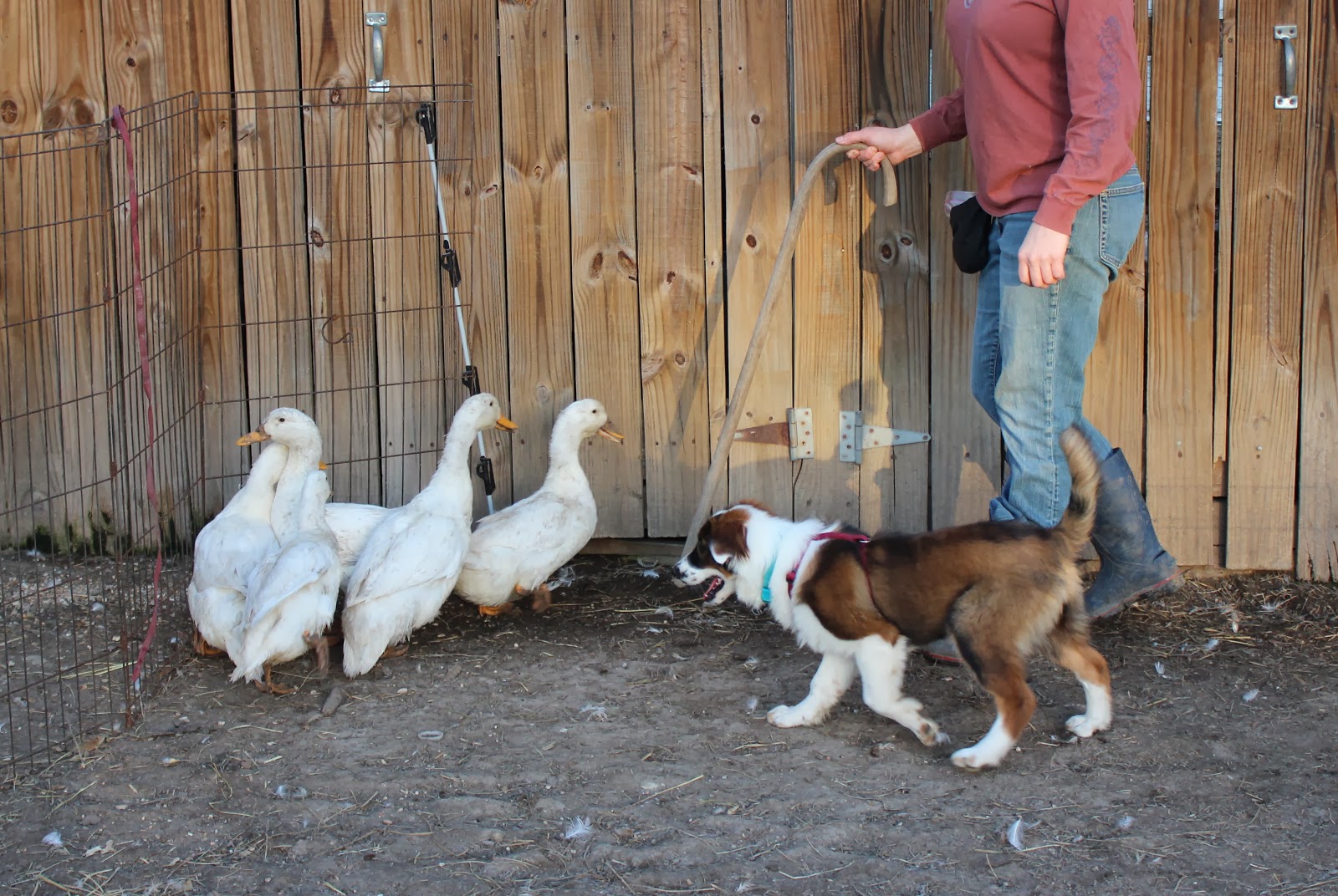 Eventually, she settled down a little and started moving the ducks. 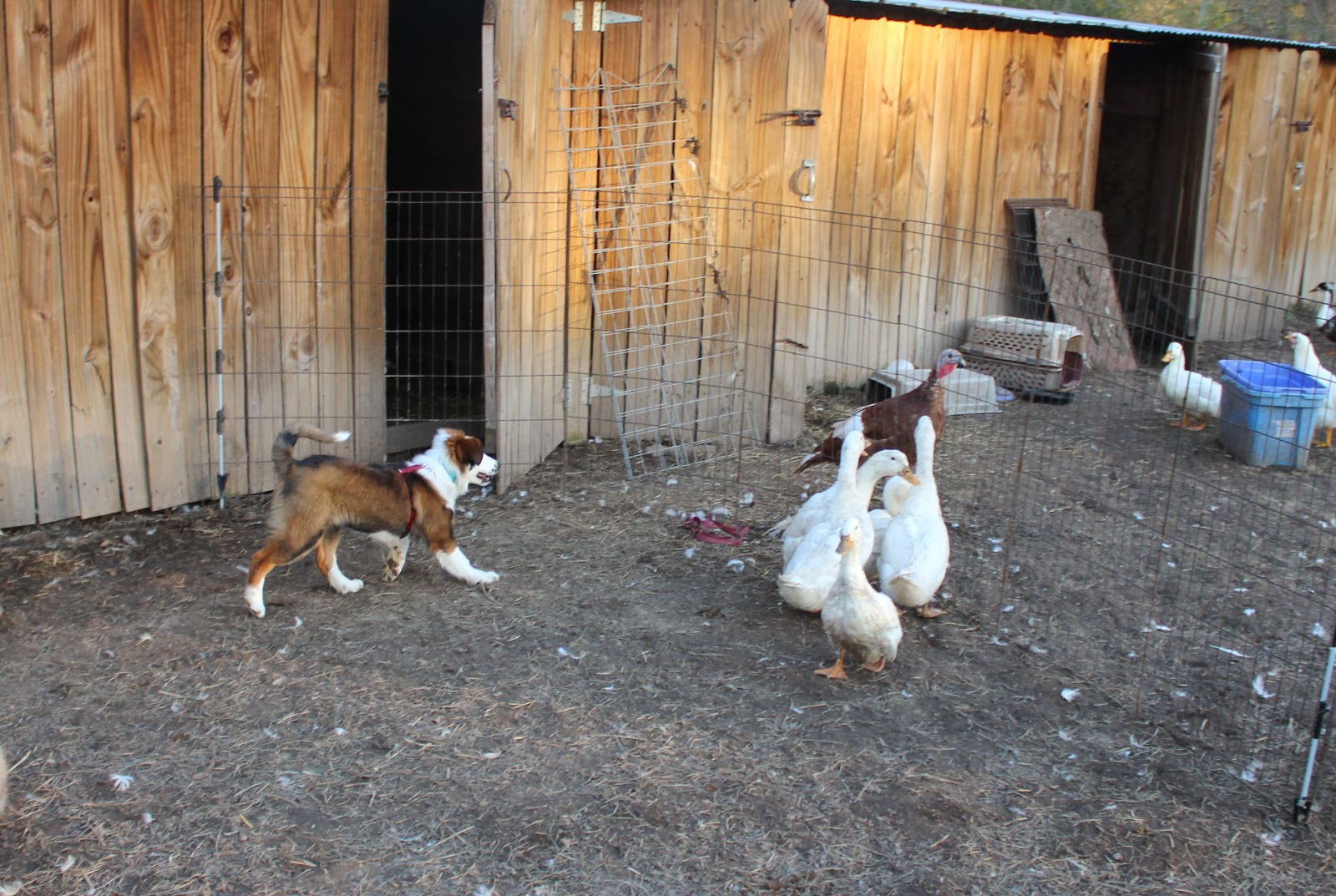 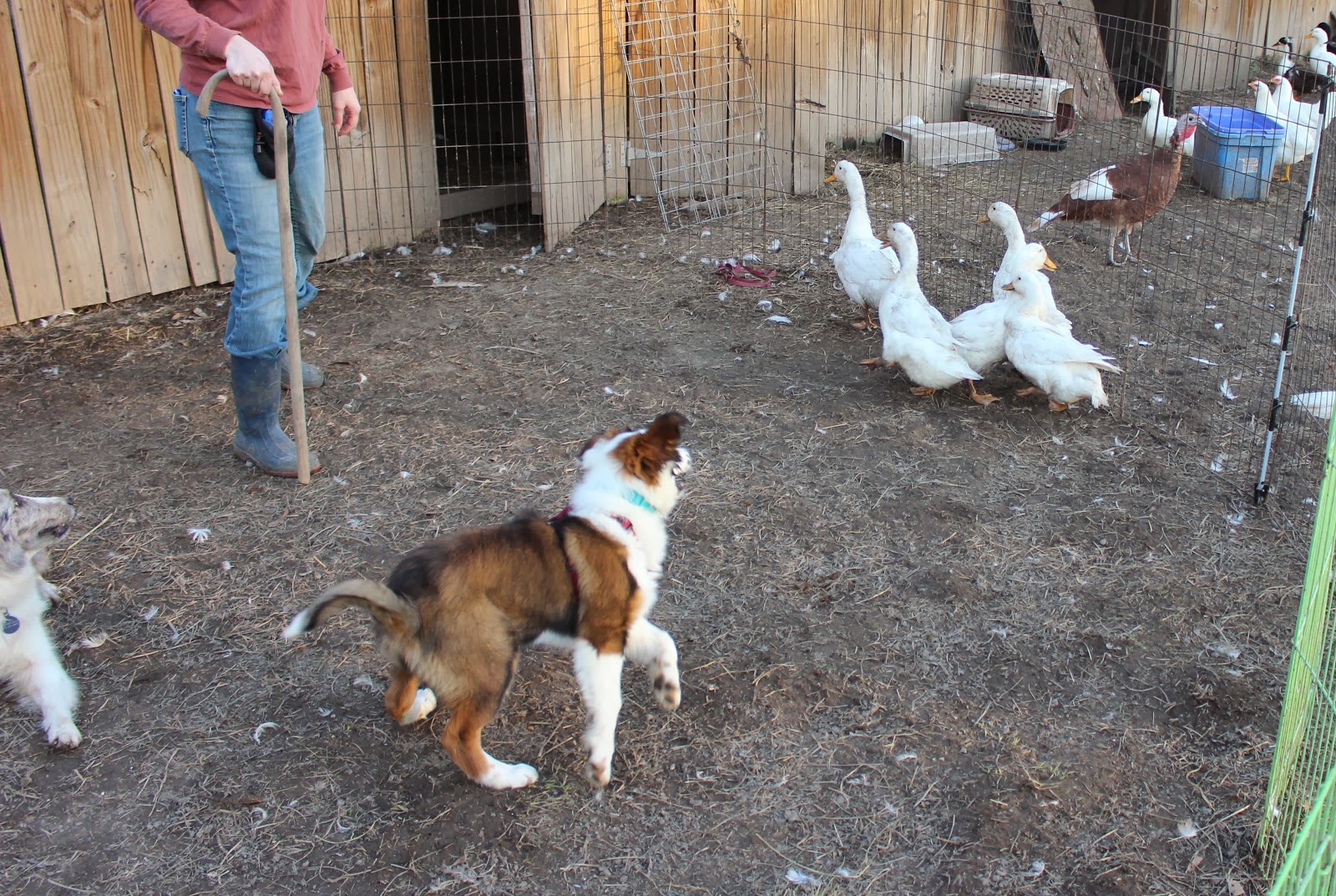 Ok, maybe she didn't settle down that much. 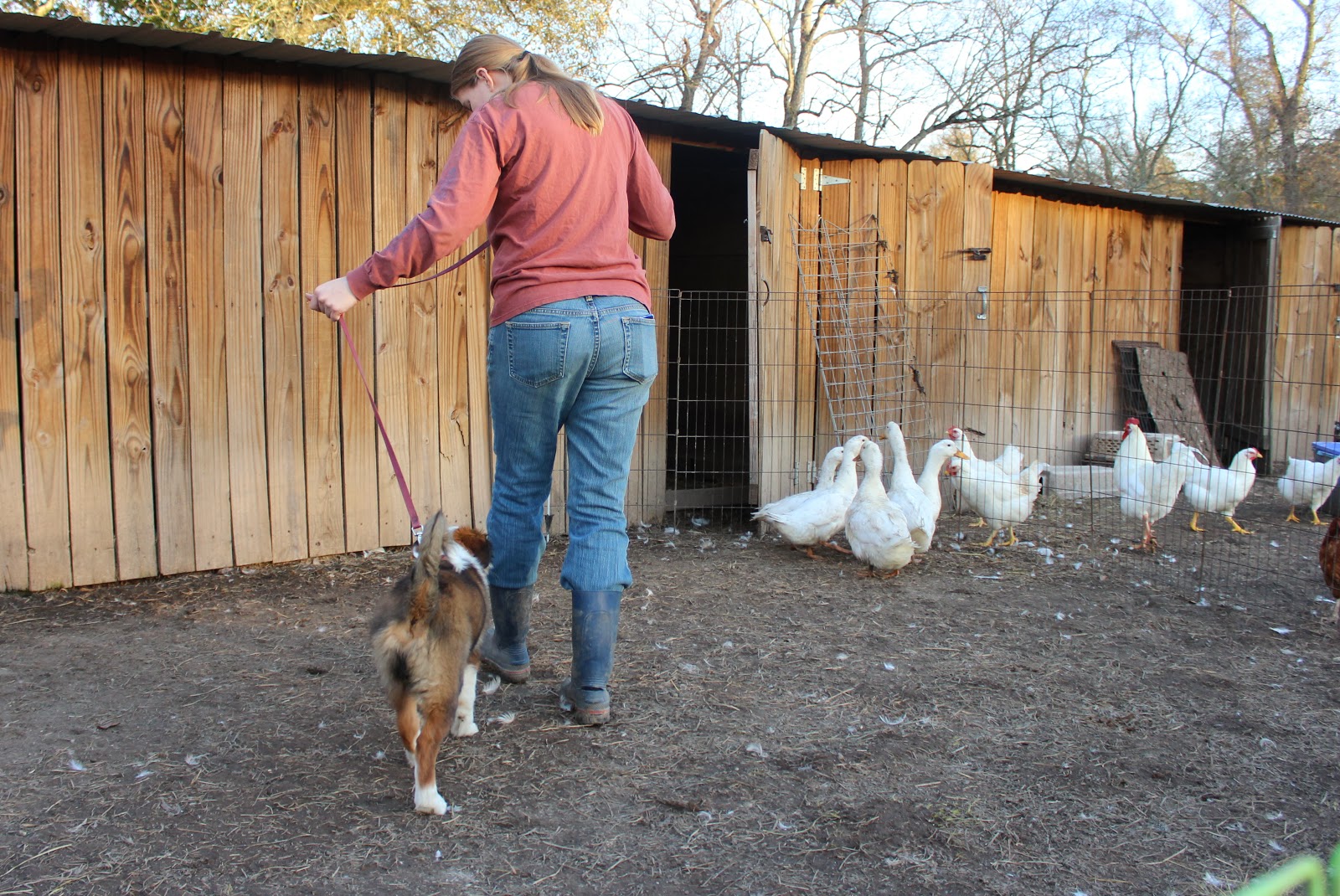 Since she had the basic idea, I put the leash back on... 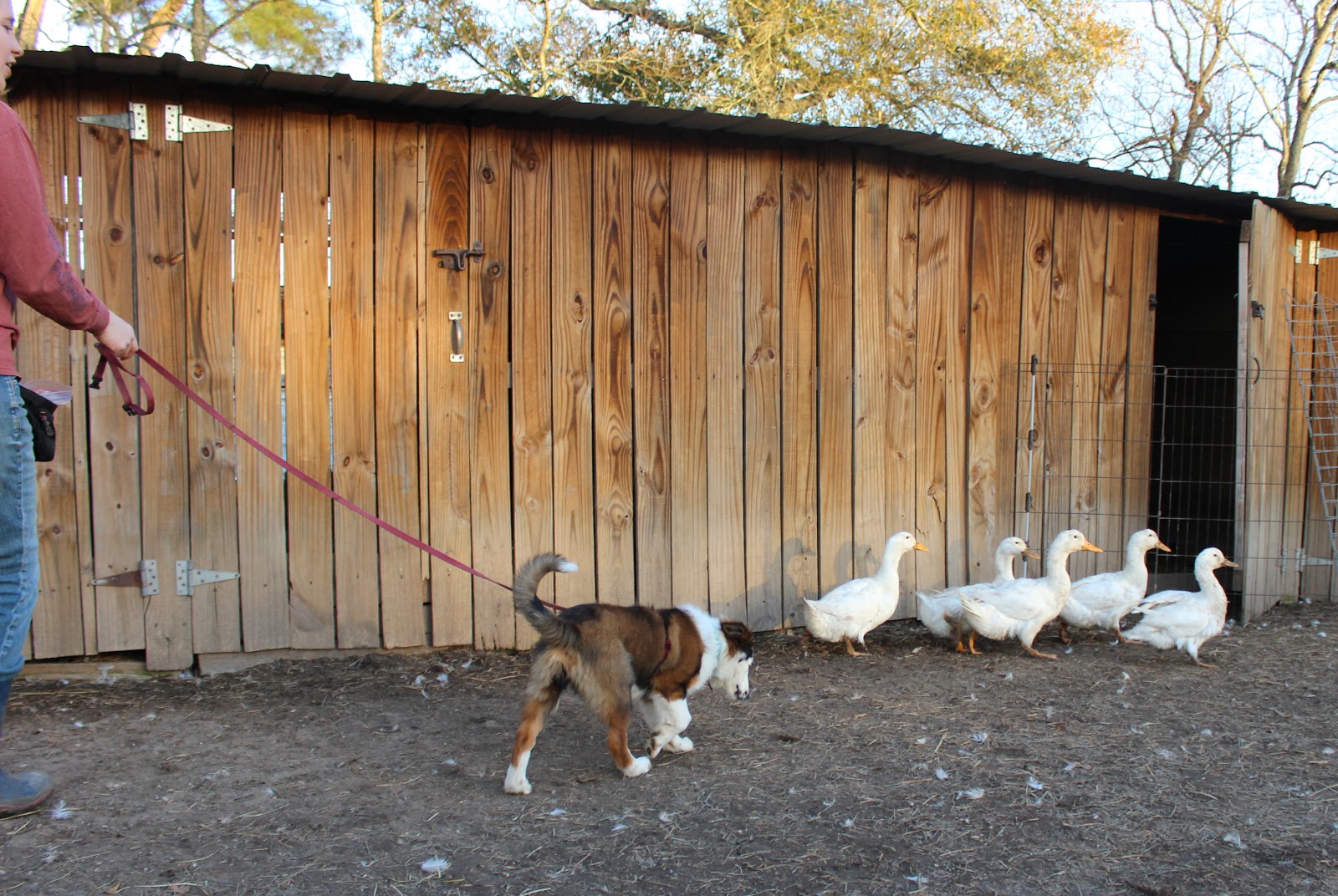 and showed her how to calmly walk behind the ducks which she said was not nearly as fun! 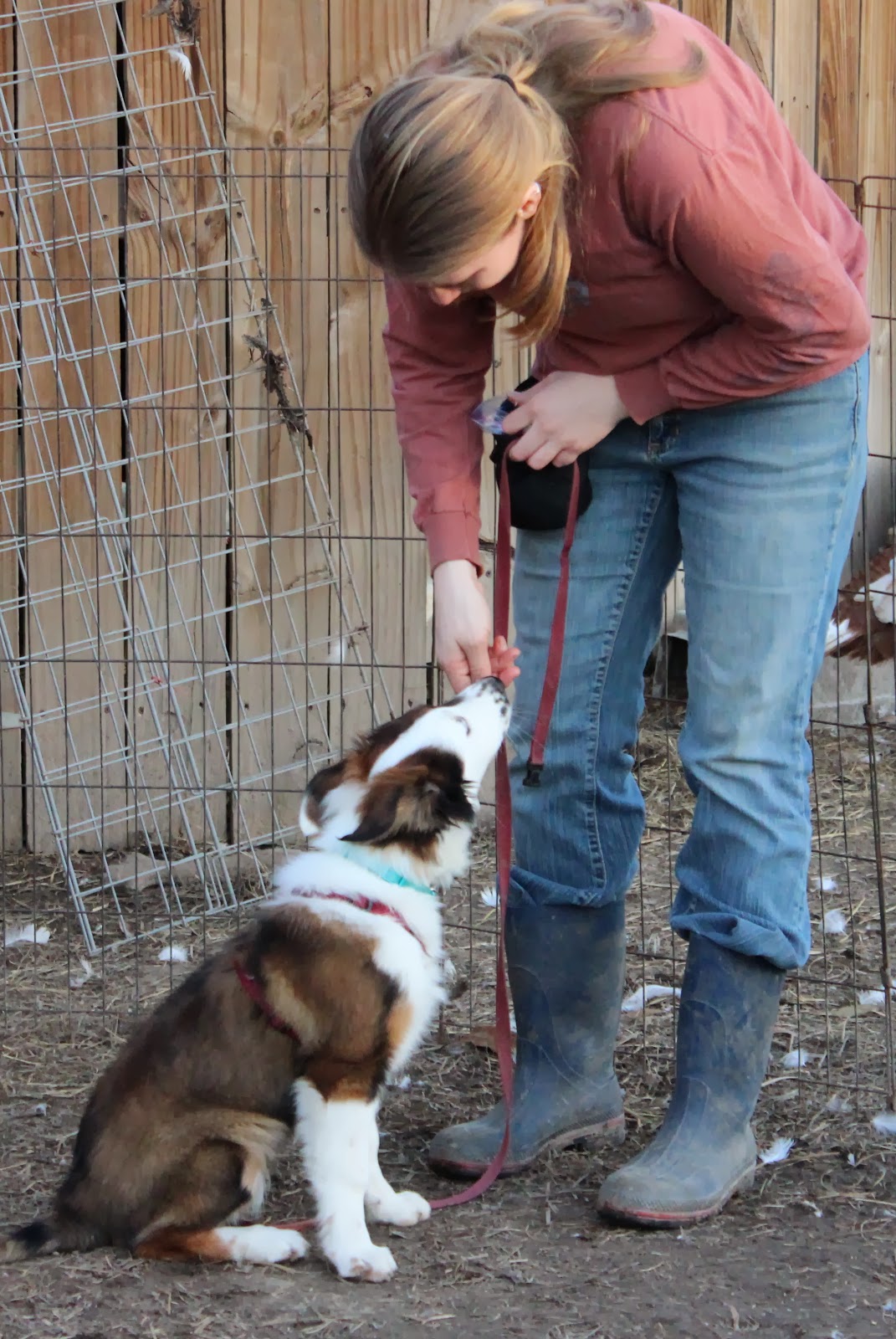 Overall, the girl did great and got lots of praise and treats for her hard work.

Here's a video of the action that the Big Onion was kind enough to take with my fancy new video taking camera. Enjoy!