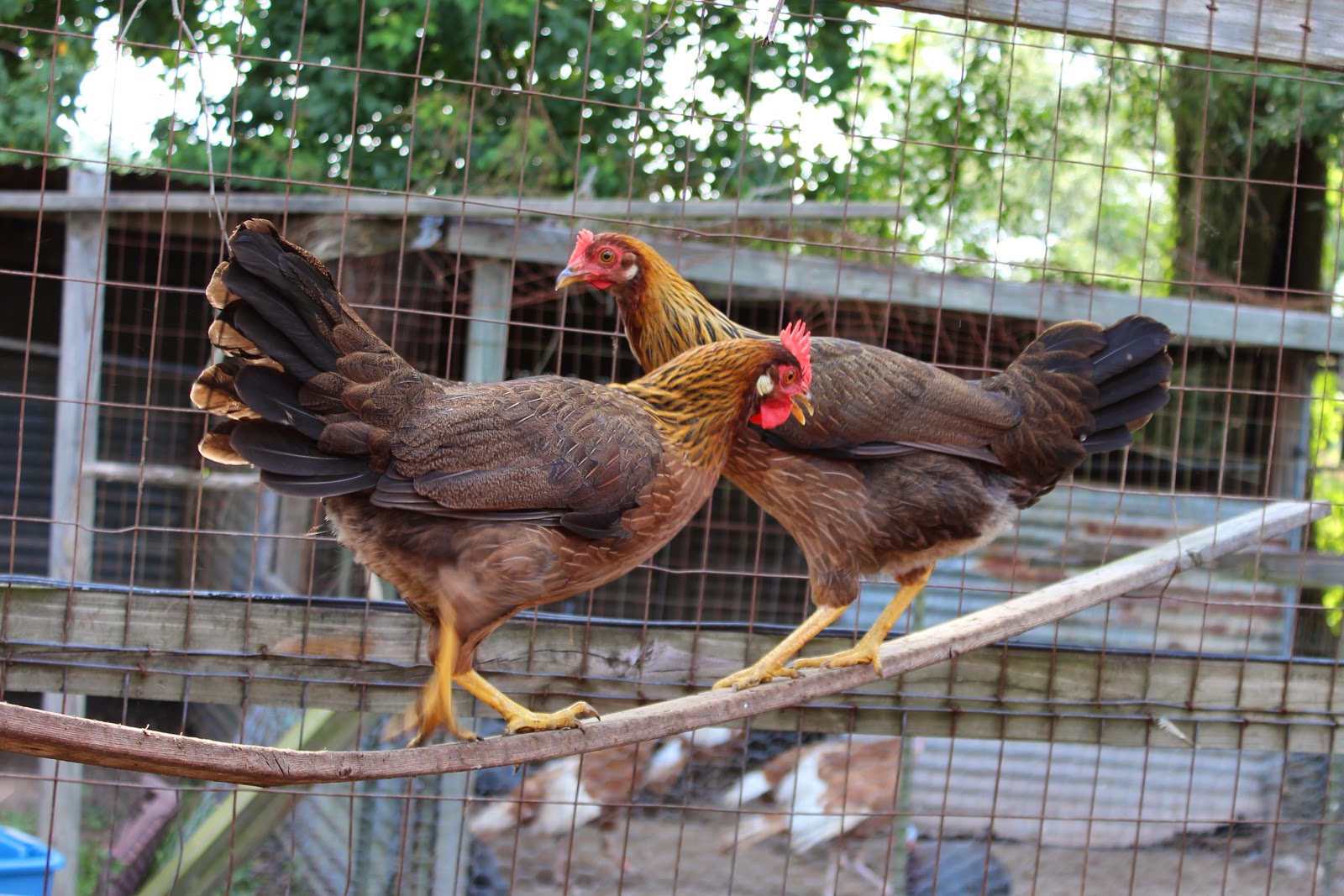 Lately evening chores have been taking longer than normal. Usually, getting our free ranging flock of chickens, turkeys, ducks, geese, and guineas to go in for the night is as simple as grabbing a scoop of feed and calling each group into their pen. 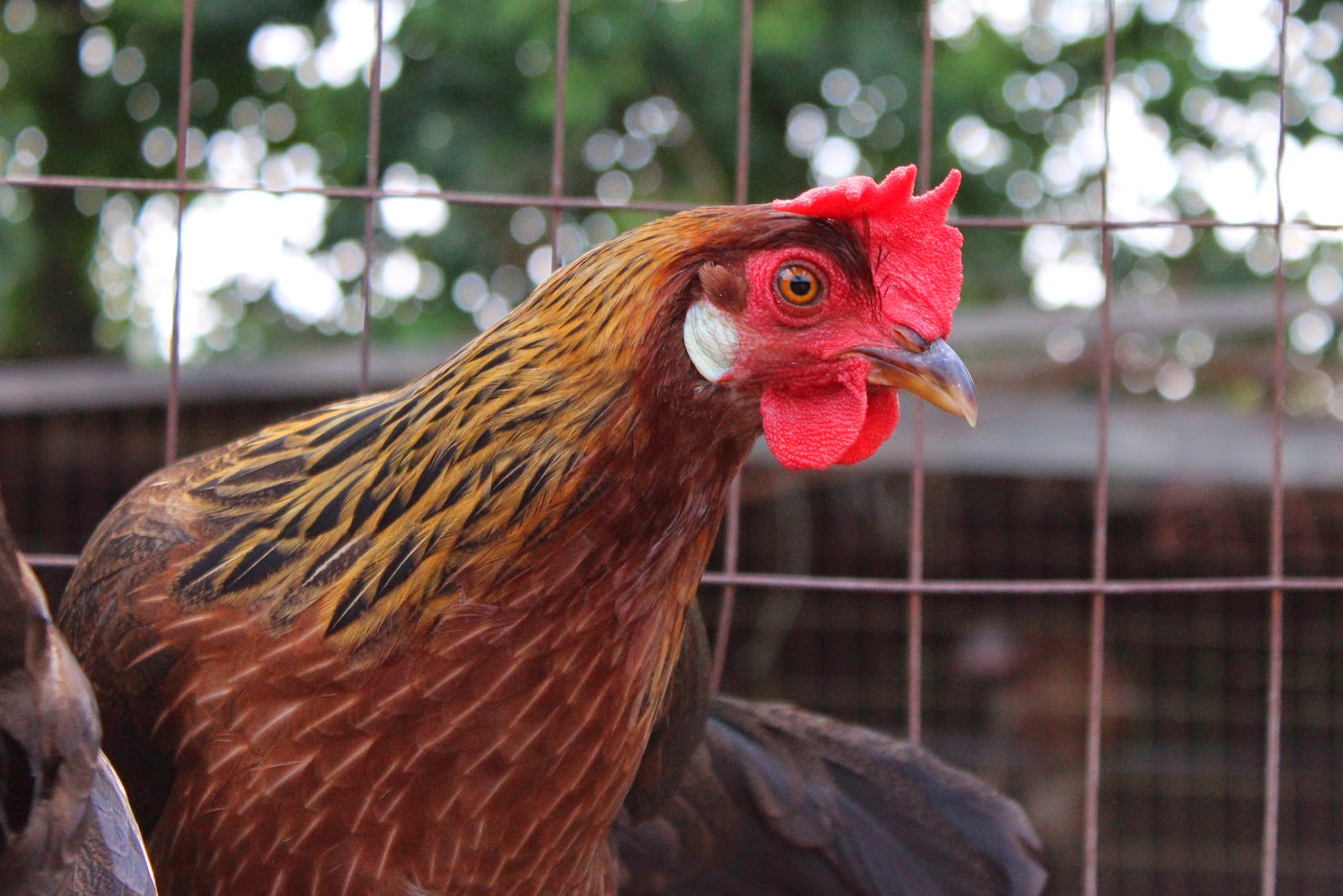 A few months ago we picked up a group of Brown Leghorns to boost our egg numbers. We had read that these birds are great egg layers. What we didn't know was that they are also wild. Like totally crazy, spaz-birds. They freak out if you approach them in the pens and don't like to get put away at night. They are more prone to take flight than any other birds we have ever had here on the farm. Recently, Big Onion, Rialey, and I got so tired of chasing a few of these crazy girls that that we just left them out overnight. We said if they got eaten then good riddance! Of course they were fine in the morning.

Finally fed up with all the chicken chasing, Big Onion suggested we gather all the leghorn girls and close them in a pen for a week or two to remind then where they should be spending their nights. These girls are just starting to lay eggs as well, and this period of seclusion will help them learn to lay their eggs in the pen nest boxes instead of all over the farm. I like easter as much as the next gal, but I have little interest in going on an egg hunt every single day. Heck, we recently discovered that a bunch of our older girls had somehow been laying in the middle of a hay net full of hay! 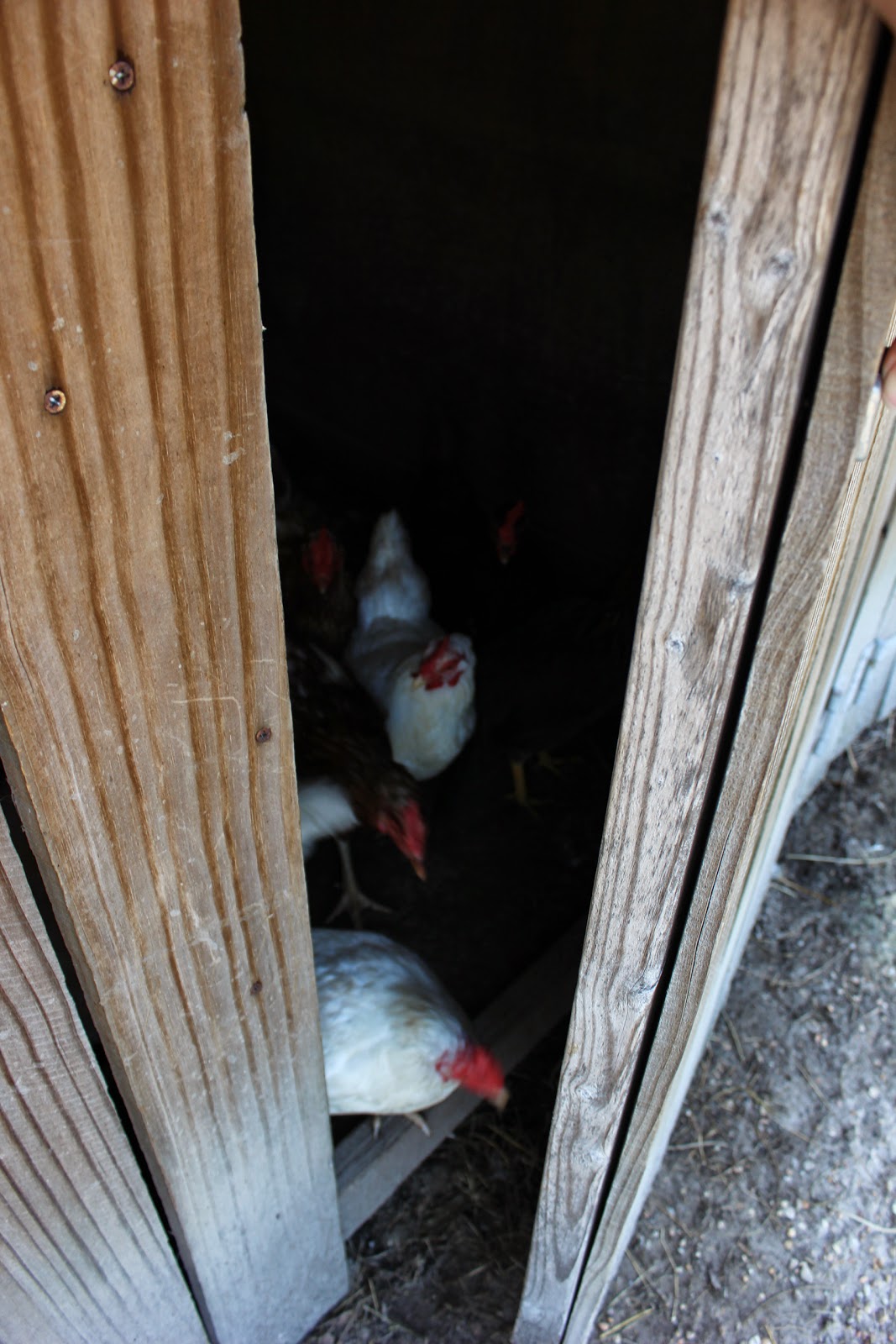 My first job was to let all the other hens out of the pen that was to be our leghorn's home for the next couple weeks. 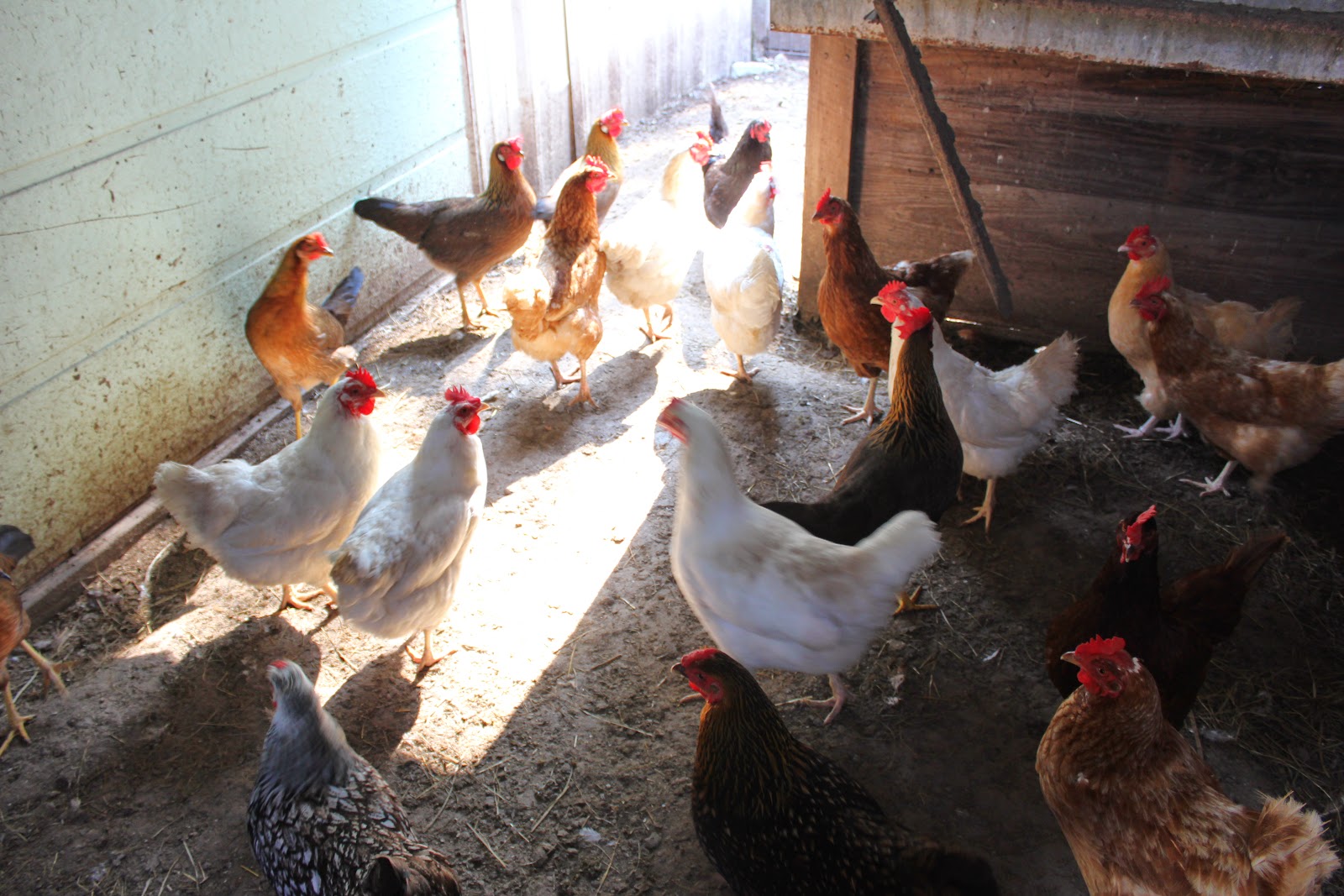 Unfortunately, last night all the chickens ended up mixed up between three separate pens so it took some time to locate all the leghorns amongst the other ladies. 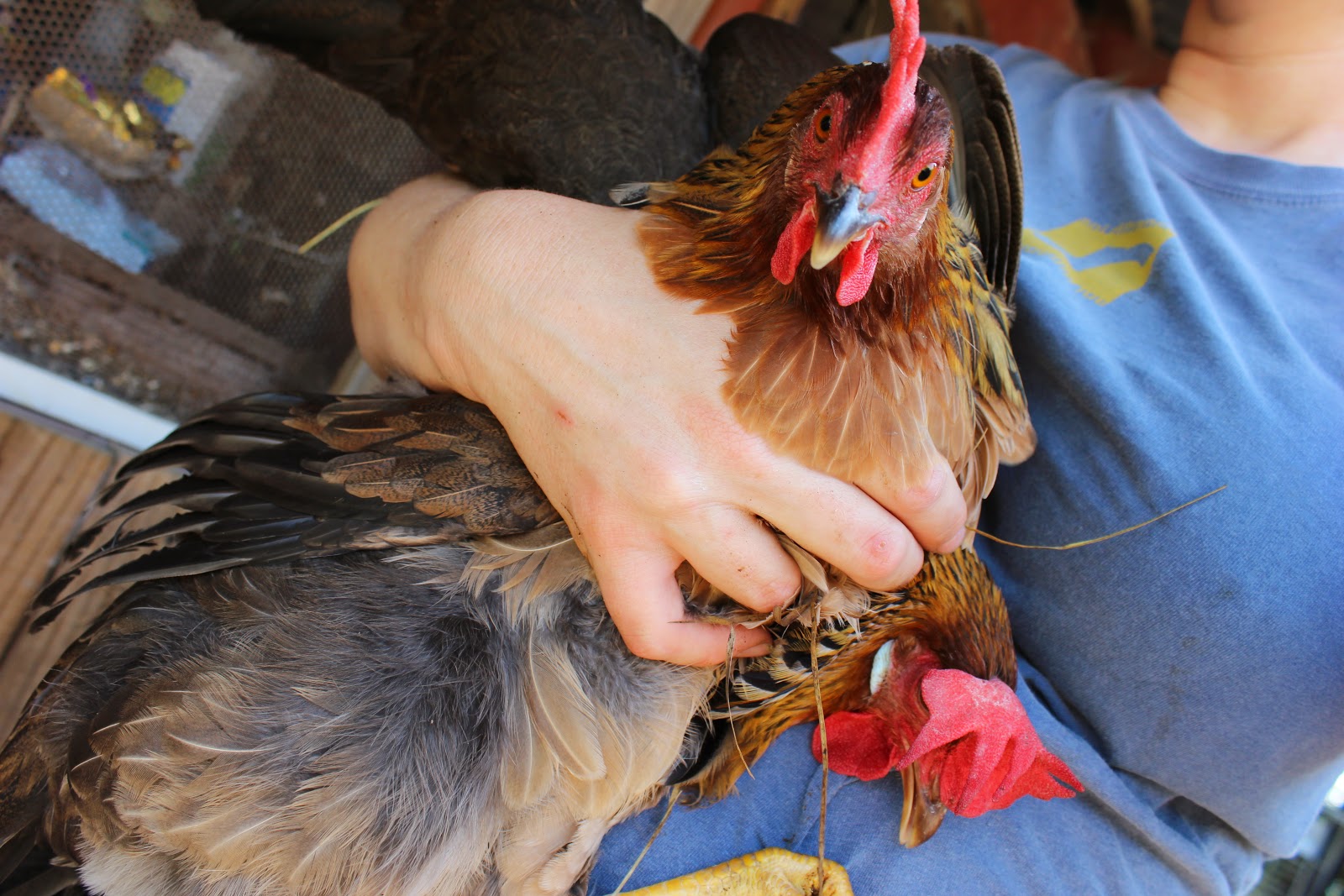 Once that pen was clear, the next step was catching all these wild birds. I'm not ashamed to say that after a couple of failed attempts at catching them by hand I pulled out my trusty fishing net. I guess my skills have improved since I was trying to net loose bunnies a couple weeks ago because it took surprisingly little time to get all the chickens where I wanted them to be. I paused in the process to take this selfie with a couple of the girls. They were less than thrilled. I still took a couple wings to the face and dings to the dignity in the process, but overall the move was much smoother than I was anticipating. 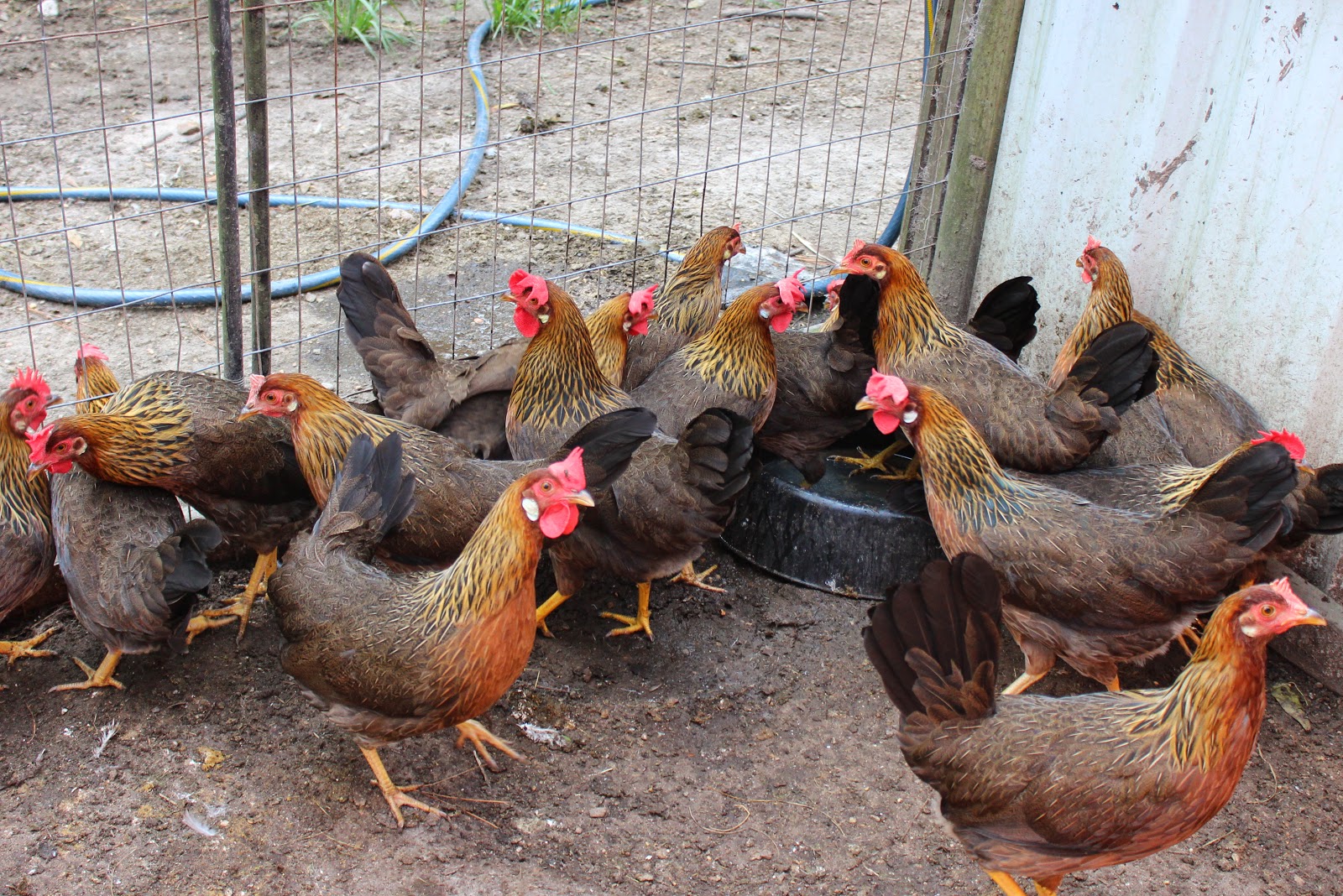 Here they are, the crazy chicken crew. It's a shame they are so nuts because they really are pretty birds. I can say that no matter how great they lay, I seriously doubt we will ever invest in this particular breed of chicken again. Hopefully this hiatus will settle them down a bit or at least make it so I don't want to wring necks by the end of chores every night! 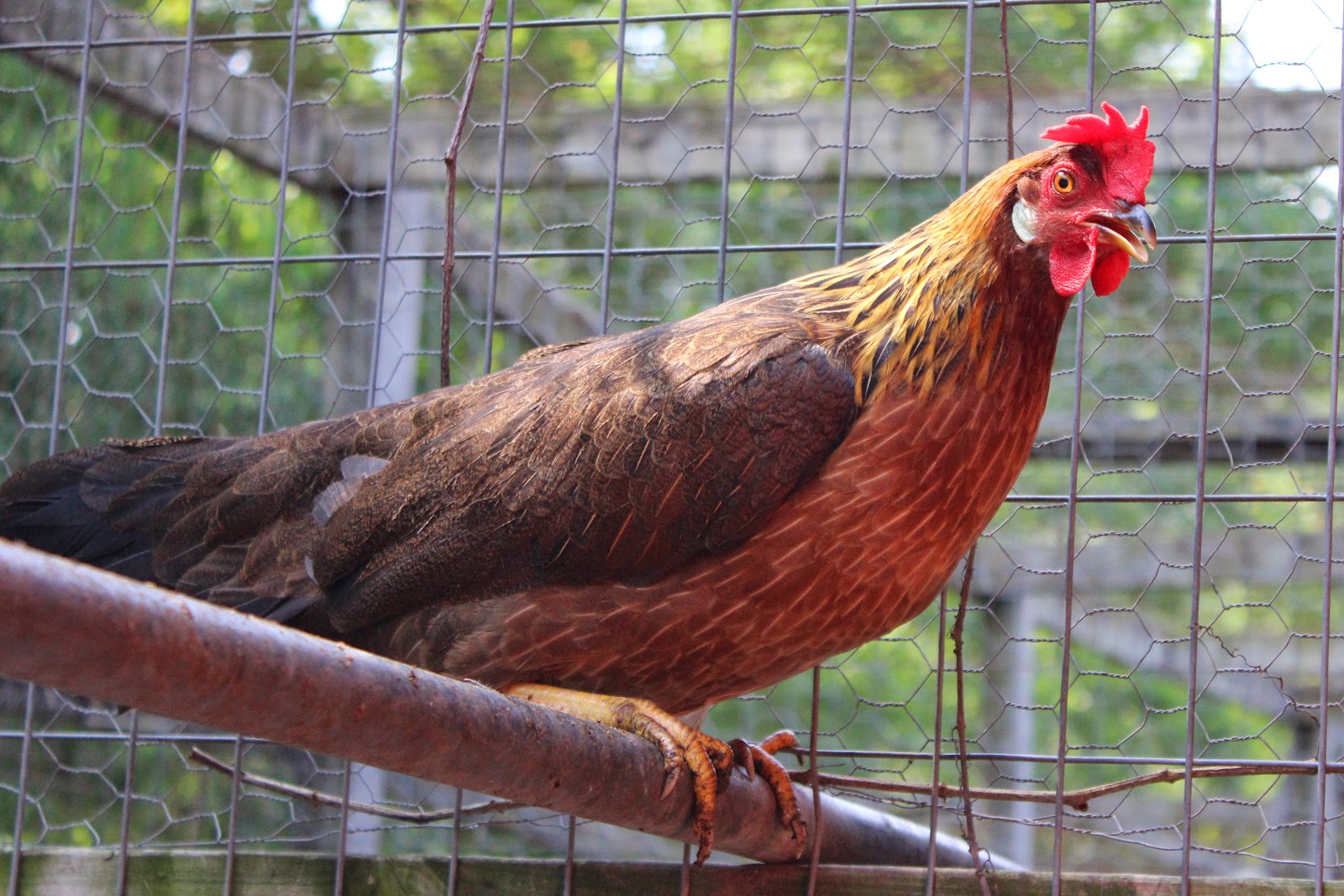