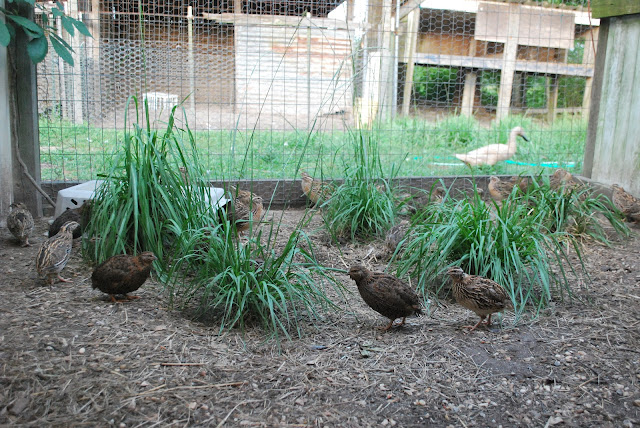 Life in the quail pen has been pretty sweet. The girls just love hanging out and laying eggs under the tufts of grass that I planted in their pen in the spring. 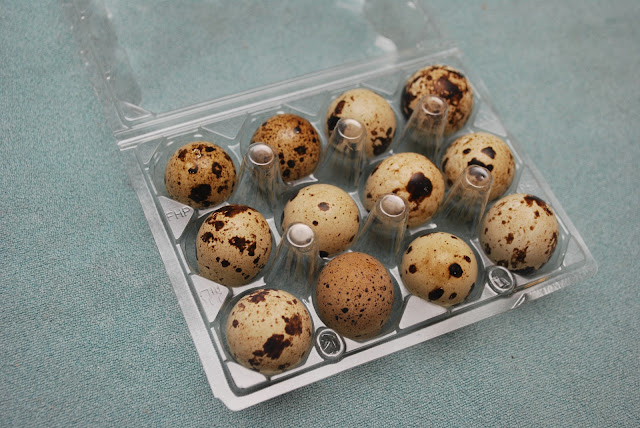 Unfortunately, we haven't found much of a market for their eggs so aside from the occasional batch of scotch quail eggs and the dogs and cats getting a whole egg, shell and all, tossed into their dinner bowls, we don't have a lot to do with all those eggs. So we have been incubating large batches of quail and growing them out for meat. 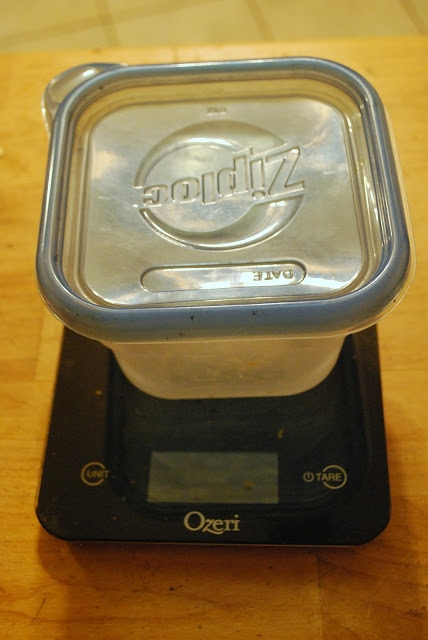 The pen, although spacious  was getting a little crowded so his weekend we decided to process a batch of our quail. We pulled out the handy kitchen scale and a plastic container. Since we do raise the little birds for meat, it's important for us to select the biggest bird to continue breeding. The easiest way to do this is by weight so we rounded all the quail into small dog crates separated by sex.
Quail are actually very easy to sex once you know what to look for. The males have much plainer looking chest feathers, while the females tend to have more speckled chests. You can also turn them over and look for the pink, swollen gland on the adult males below the vent that produces a white foamy substance when pressed. 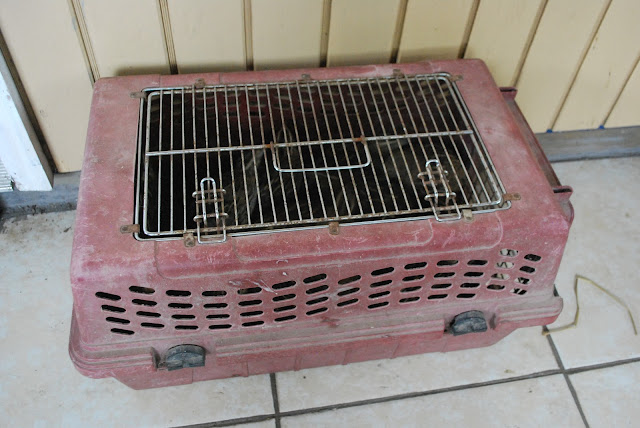 Once we had them all rounded up and sexed, we popped them into the plastic container and onto the scale. The container is necessary because we just cannot seem to convince those quail to stand still for weighing! Almost all of the female save a few of the smallest are released back into the pen. We decided to keep about one male for every five females, so that left us with a good number of birds to bring up to the shed for processing. First, we let the quail spend the night in a pen in the poultry house with just water to clear their innards of food. 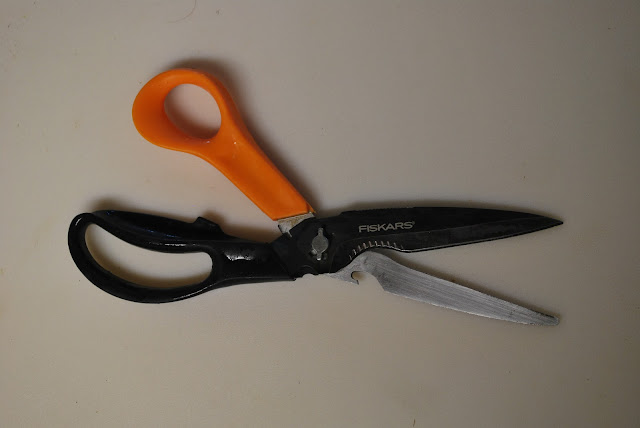 I won't get into too many of the gory details here, but suffice to say that a good sharp pair of kitchen shears makes for a very quick end to the little birds. 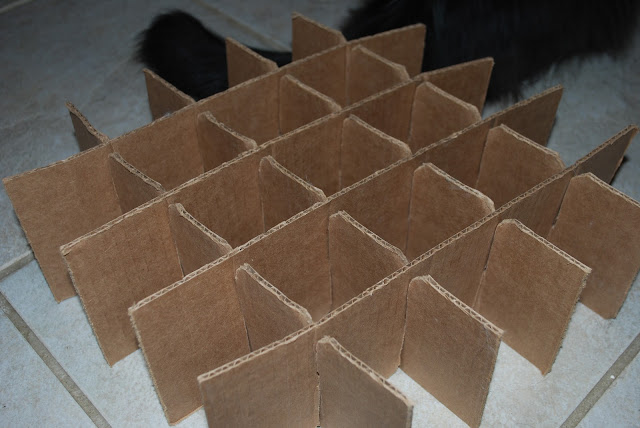 We did make a really convenient discovery this time while processing. One of the things that took the longest was the fact that we didn't have a cone to put the little birds in while the bled out and did their "chicken with its head cut off" thing. We would have to sit there and hold each bird until movement stopped which can sometimes take up to a minute with the quail. I happened to grab this cardboard pill bottle spacer and it was the perfect size to hold the birds to that we could move on to the next one while this held the bodies still in the sink. Brilliant. (Bonus cat butt in the above pic) 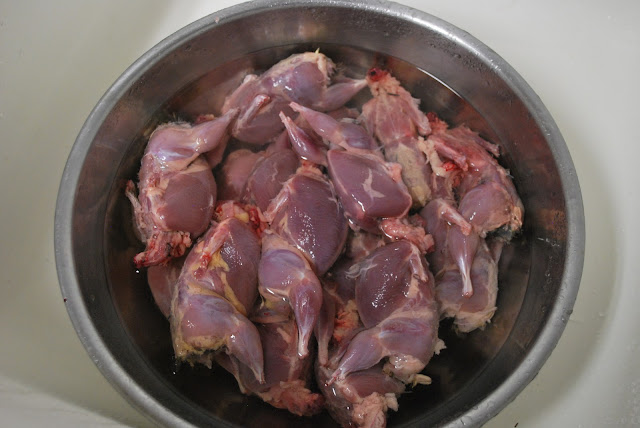 Next step was skinning. The wings and feet are cut off first. This video describes skinning the bird as being like taking off a coat, you work it down from the top, off the shoulders and wings, then down the body. For some reason thinking of it this way made the process go a lot fast and smoother than normal. 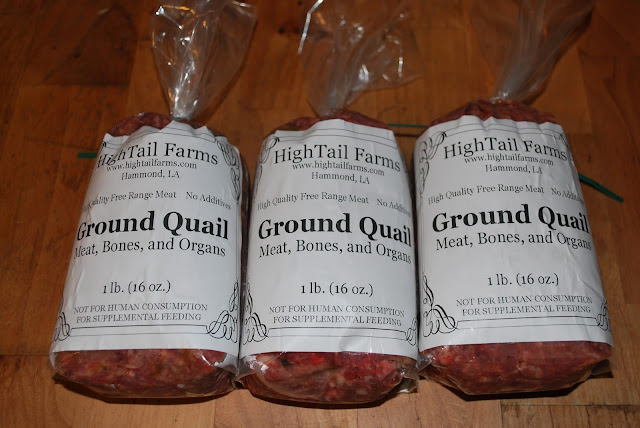 Due to some rather arbitrary local laws, we cannot sell quail for meat (they are considered game birds, not poultry). Instead, we run the whole ungutted birds through the meat grinder and package them to be sold as raw pet food. Cat especially seem to love the quail and grinding the whole birds like we do means they are getting a vitamin packed, tasty meal as well.