Next to our farm is a big, huge open field that we recently found out our neighbor uses for growing horse hay. He told us next time we saw him cutting to just come on over. Well, I was out doing chores last weekend when I saw this... 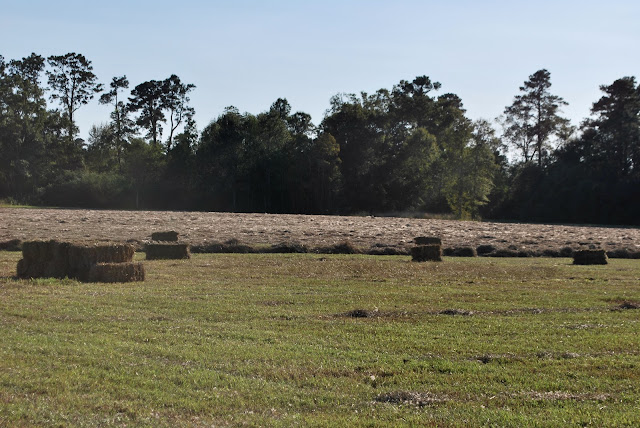 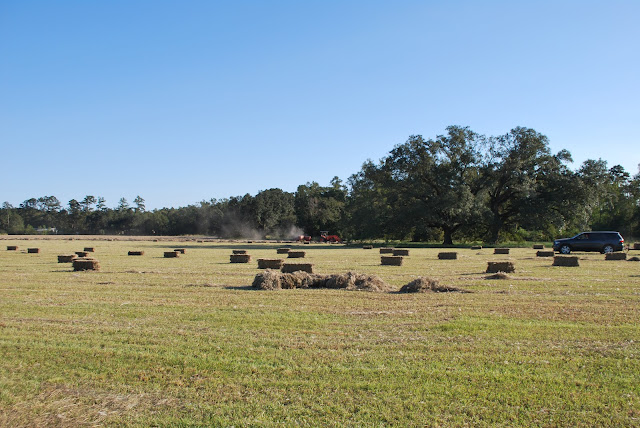 I finished up my morning chores and grabbed the Big Onion, and we hot-footed it over to the neighbor's place to get us some quality goat foods. 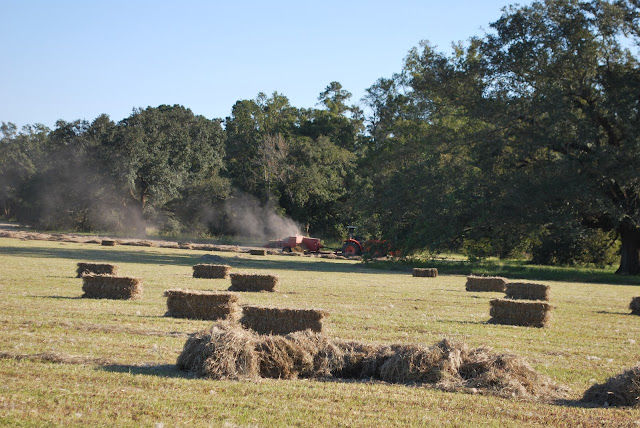 Watching all the giant farm machinery work was a real treat for us former city slickers. That's the baler working in the background to compress the already cut and raked hay into bales. 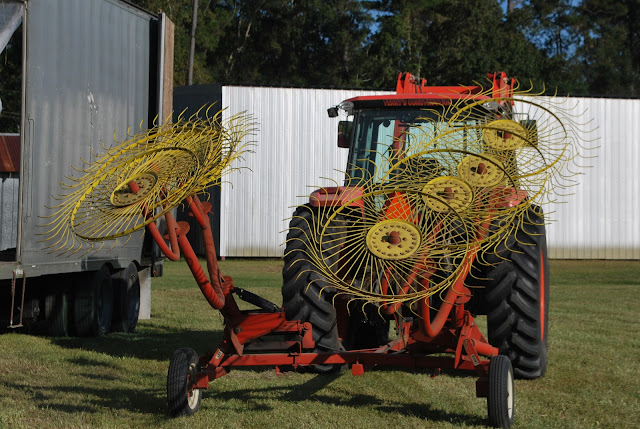 This is a star wheel rake and it's used for raking the hay into neat rows so the baler can do its job. I think it's just really cool looking.

We were super excited to have a source of hay so close to home. We grabbed 3 bales and literally tossed them over the fence into our yard. Not to mention we got those 3 bales for under $10. A real steal considering the local TSC is asking $9.50 PER BALE! 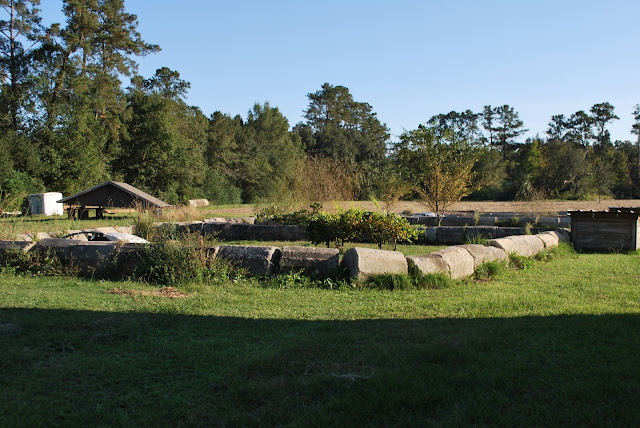 While we were over, our neighbors showed us something really cool.... 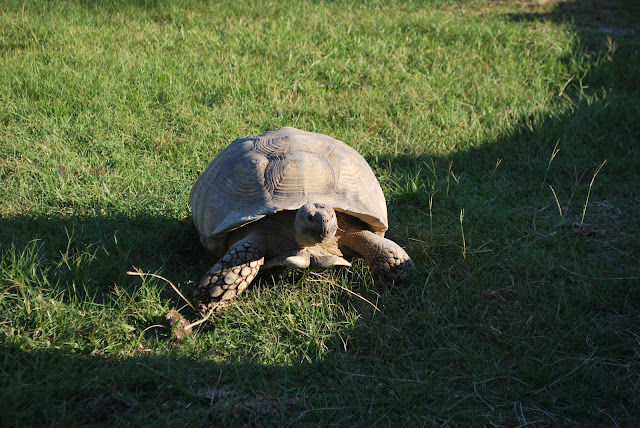 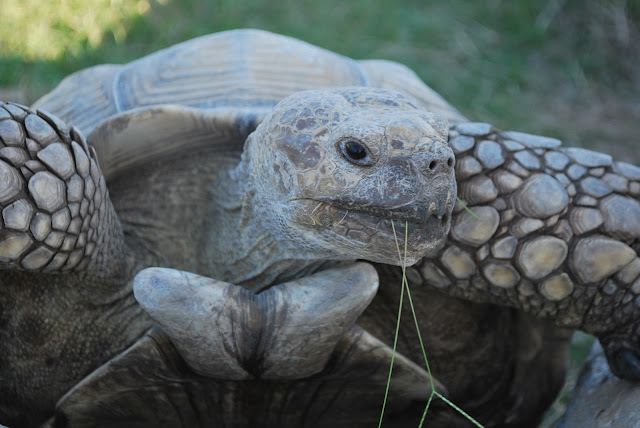 They said this handsome dude is over 40 years old! 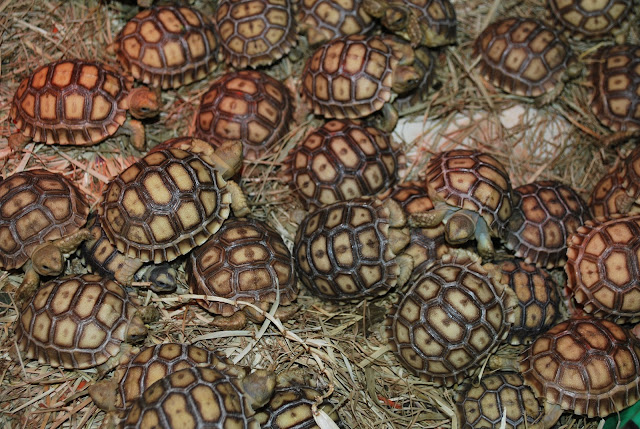 They also brought us inside to show us all the babies that they incubated and hatch. How cool is that! 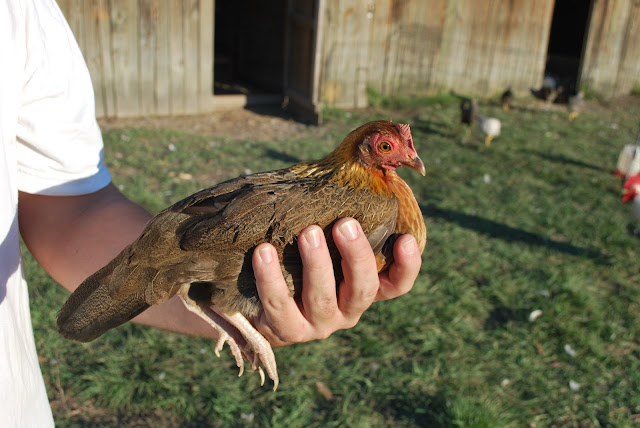 During our tour, the neighbor asked if we raised any banties. When we said we had few silkies, she asked if we would like to take this tiny little bantam chicken. This girl is actually full grown. She had gone broody on a nest of unfertilized eggs, and our neighbor was worried because she was getting picked on by her flock of full sized chickens. This poor little gal didn't stand a chance against those giant birds 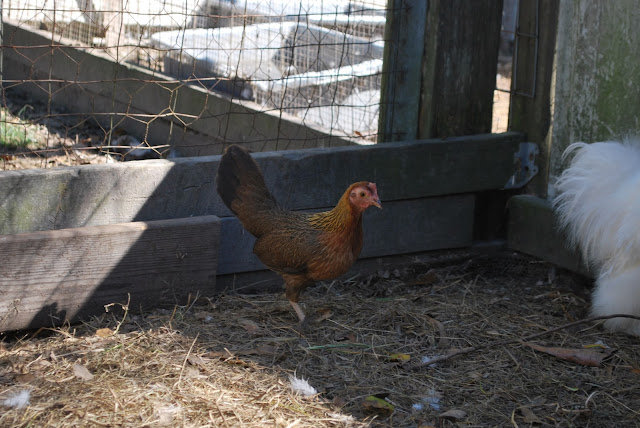 We moved her in with the silkies (Reggie, Bianca, and Bebe) and even though she smaller than them, I think this feisty chick will hold her own. It took her a little while to get over being moved off her eggs, but she is doing great now.

We still need a name for this gal. Any suggestions?
Posted by Kaela at 8:44 PM