We are beginning to wonder if our little Gwen is accident prone.

I never mentioned it here, but there was an incident a few weeks ago where she stumbled upon a yellow jacket nest. There's was lots of screaming and flailing and running around in circles on both our parts. The end result me with 7 extremely painful (think being beaten with a 2x4 full of rusty nails pain) stings and poor Gwen with countless spots. So many on her rear that she was trembling and crying and walking on three legs. Yeah, that was a bad day.

Since then the poor thing has stumbled into more ant piles than I can say. She even managed to hopelessly tangle herself in a hay net one day to the point that she was half suspended off the ground.

Well yesterday, Sonny and I were in the process of moving the forty-something broiler chicks from one pen to another when I heard  Gwen's characteristic 'OMG I NEED HELP NOW!' cry of  "Wwwhhhhhaaaaa" and saw her come jetting across the pasture. She slid to a halt next to water bucket and started furiously rubbing her nose on the edge. I secured the chickens as best I could then rushed over to see what she had gotten into now.

I gave her a good once over, but couldn't see anything wrong so after quick nose rub, I went back to chicken wrangling while Gwen continued to call intermittently. After the chickens were all away, I went back to my goat girl and though she had calmed down a lot there was definitely something wrong... 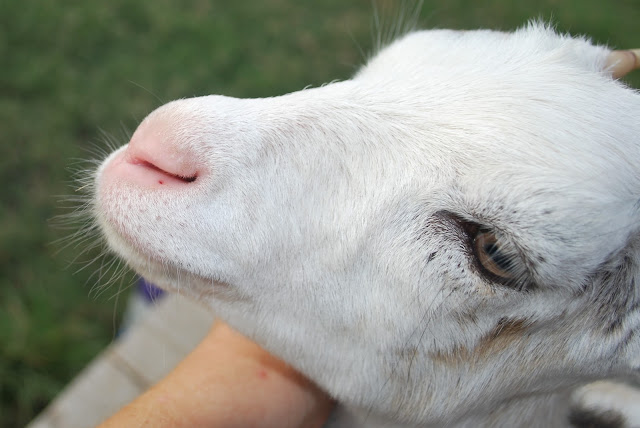 There was a tiny red dot inside her left nostril and... 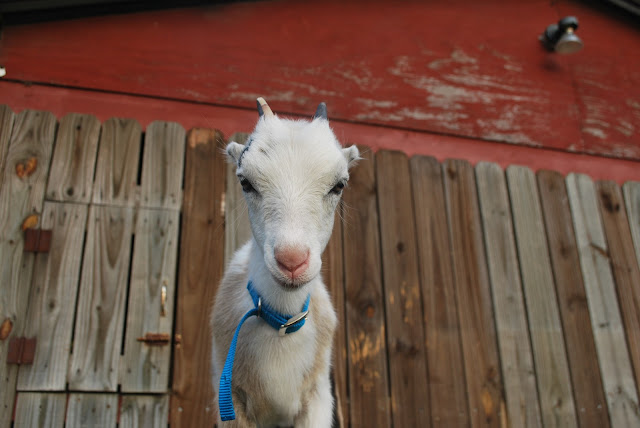 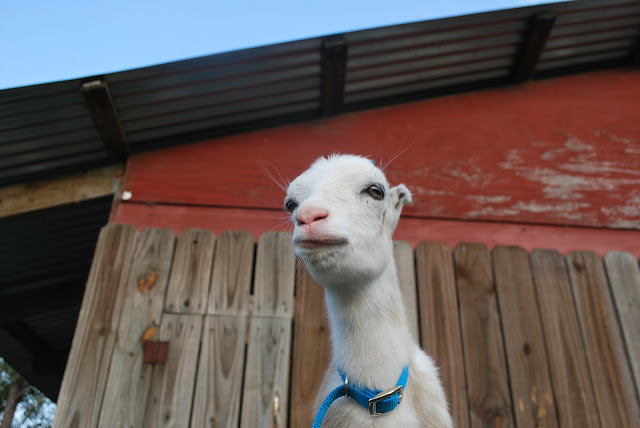 her lip was swollen to about twice its normal size.

I had a brief paniced thought of the cottonmouth I'd found a while back, but it looked more like Gwenny had another run-in with some kind of stinging insect. I gave her a dose of Apis and she crawled up into my lap for a good ten minutes of baby goat snuggle time. The swelling went down pretty quick, thank goodness. We used to joke when she was younger that she looked like camel and yesterday that was really true for a little while.


Hey Gwen! How do you feel about all those bugs out there... 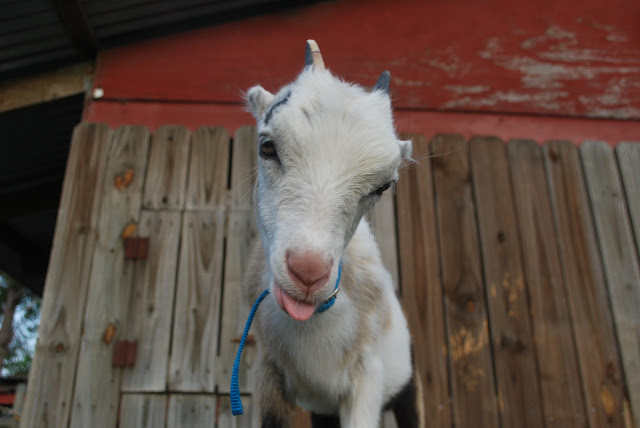