Well, at this point I think we can officially declare our original garden area a big whopping failure. The area I picked out didn't get nearly as much light as I'd hoped once the trees that border the back side got their foliage. Plus, I just could not keep up with the weeds in a space that big. At this point, the only things thriving in the giant, green, tangled mess is the asparagus patch and the peanuts which started as two tiny plants that now take up at least 6 square feet. At least the rabbits are enjoying the variety of weeds that I chop down in there for them on a regular basis.

I decided to take a huge step back and try growing our food on a much smaller scale. There's a wonderful patch of the front yard that I'm SURE gets all day sunlight. Since the soil here on the farm is total crap (clay so thick you could dig up a handful and throw a vase from it), I decided to build some small raised garden beds. 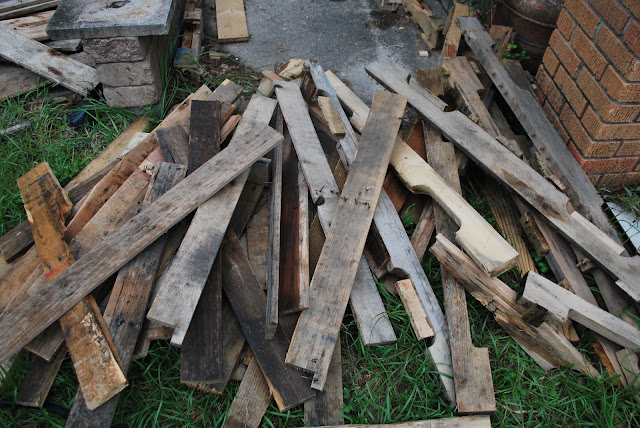 I started by getting a bunch of free pallets from my local feed store and dismantling them with the help of a jig saw, two hammers, a crow bar, and a dremmel. Let me just say that pallets were never meant to come apart. This was by far the hardest part of the process. 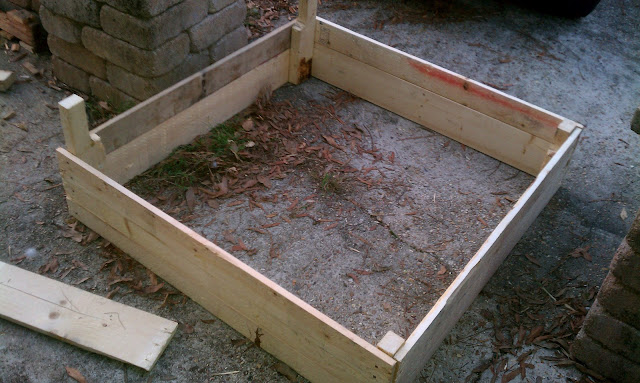 Next I built the boxes using the flat top and bottom boards as the side walls. I cut the thicker sides of the pallets to use as corner braces. I was even able to salvage some of the heavy duty corkscrew nails to reuse so the boxes ended up costing a total of zero dollars to make. 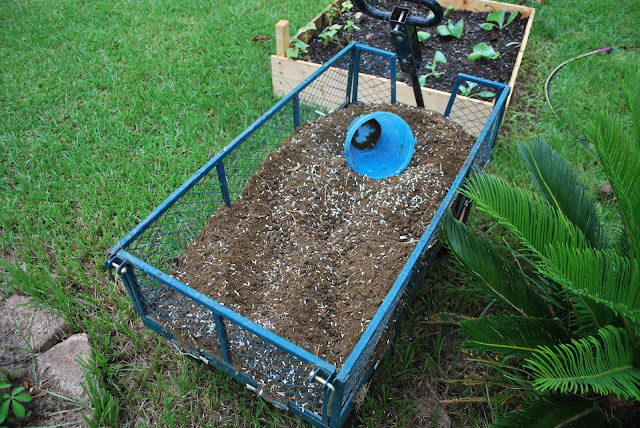 The next step was filling the boxes. I hate HATE paying for dirt, but the compost pile is nowhere near ready for harvesting so I settled on a couple bags of cheap potting soil mixed with lots of half broken down sheep manure (no shortage of that around here!) and some old grass clippings. A bit of shredded paper got into the mix too, but I figured it wouldn't do any harm. 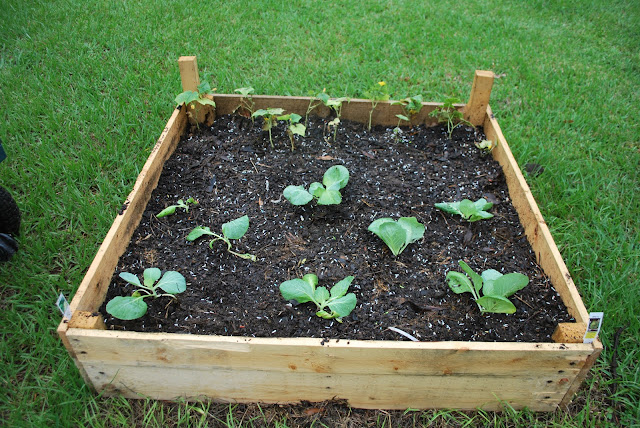 Here is the first completed box with cabbages up front and some cucumber plants that I had started from seed in a pot a long time ago and forgotten about. As the weather seems to be finally cooling off around here, I'm not holding out a lot of hope for late, late season cucs. 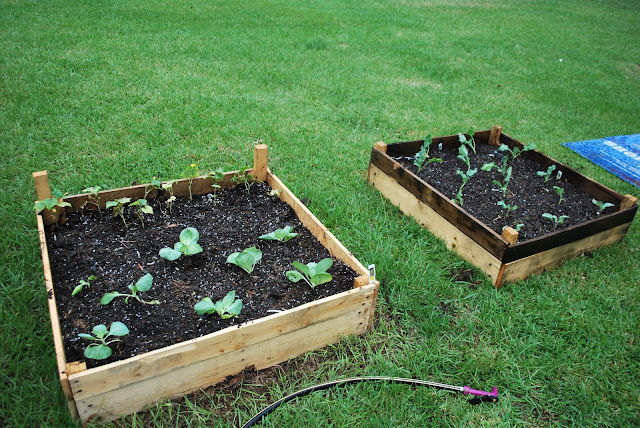 First and second boxes all set to go. The second box is full of broccoli plants because I love broccoli!

I'm hoping to build at least two more boxes this coming weekend in order to grow mustard and collard greens (these are mostly used in the dog food), cauliflower, and brussels sprouts. I just love winter vegetables!

Is anyone else out there just starting their fall gardens?
Posted by Kaela at 8:56 AM