Of ducks and sheep and farmdoggies 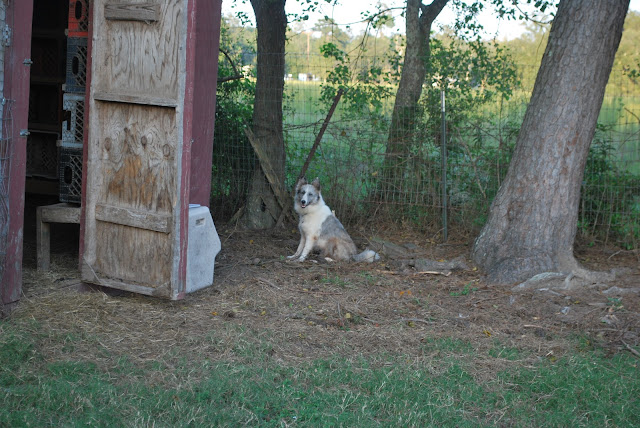 Hey, Luna, what cha doin over there? 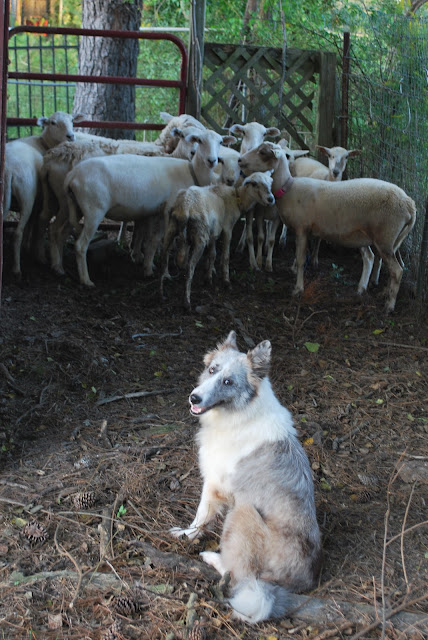 The sheep are due for another Famacha check and possible worming. With the Big Onion out of town, I turned to my right hand man...er...dog for help. Luna did an awesome job of tucking the sheep into this corner and holding them there while I checked everyone's eyes and feet. It's amazing how easy the sheep are to handle when my small, fuzzy, wolf beast is staring them down.

It was nice to see that all our adult sheep were very pink and not in need of worming. A few of the "teenagers" will need another dose of cydectin so that will be tomorrow's job. I was also happy to find that despite the almost constant rain of the last week or two, no one had obvious foot rot.

After we finished with the sheep, Luna helped me relocate the adult ducks and geese. I know I've talked in the past about how Luna was learning to herd the birds without hurting them, but today I was especially proud of her for handling a large group of unhappy birds while keeping her cool.

The last couple weeks, I've been watching her test herself with the ducks. She'd pick out a small group and move them around without my prompting. If the birds got too flappy, or she got too excited, she would pull herself off and walk away. The other day I watched her round up a bunch of small groups into one bigger group on her own before going back to very carefully move a single straggler in with the rest.

The single bird has always been a problem for Luna in the past. Trying to move one duck means much more erratic and unpredictable movement and a much higher risk of Luna losing her cool and biting. I generally don't let her even try to move a single duck because the risk of ending up with an injured or dead bird was just too high.

Well, after watching her work on her own, today I let her herd two different singles that had gotten separated from the rest of the flock during the move, and she was wonderful. We got the whole flock moved in about half the time it would have taken me if I'd tried doing it on my own. 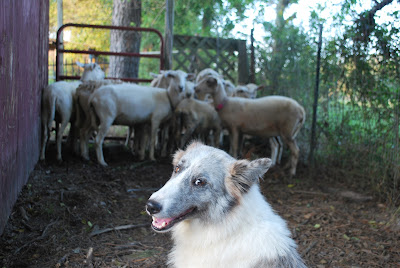 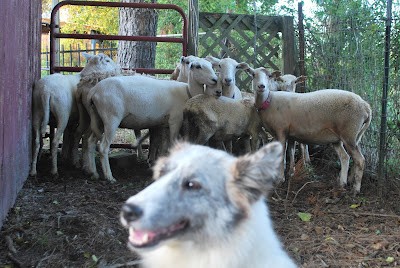